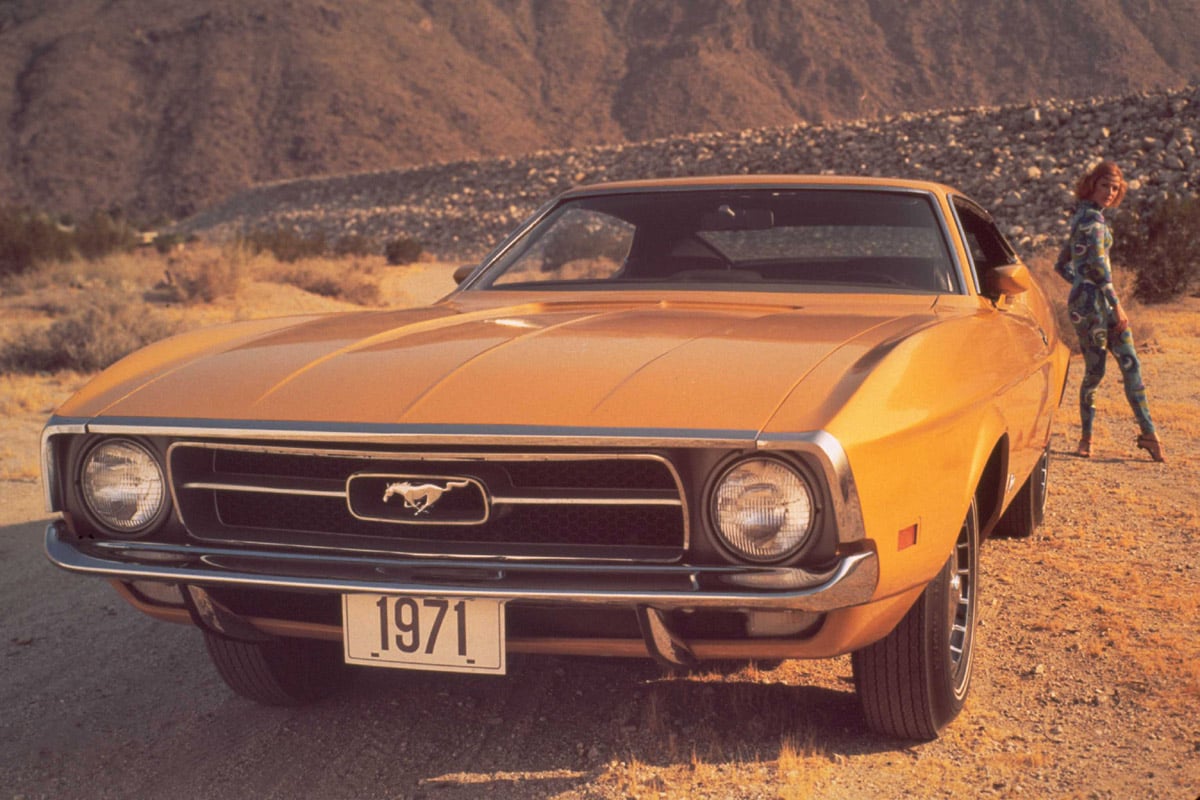 The 1971 Ford Mustang Mach 1 has a strong following amongst modern Mustang fans, the notably different design and new engine options led to strong sales figures. The ’71 Mach 1 is thought to have influenced American muscle car design quite significantly in the early ’70s and led to a new look for V8 coupes in the decade of disco.