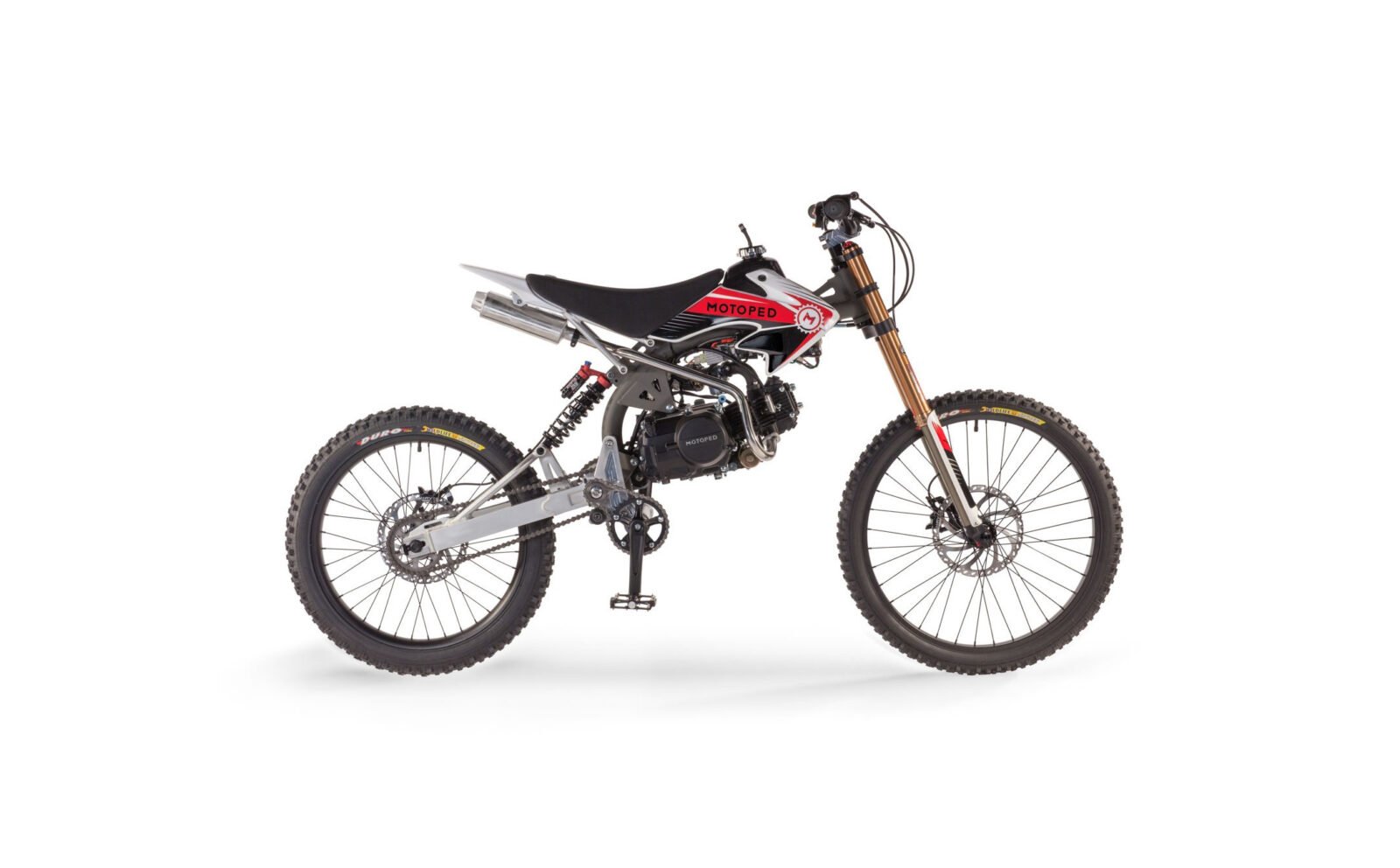 The Motoped® Pro is the halfway point between a motocross bike and a downhill mountain bike – with the best characteristics of each, and very few drawbacks.

Many countries (and US states) will allow motorized bicycles on the street with engine sizes up to 49cc, but once you creep over this capacity you have to comply with motorcycle licensing restrictions.

The team at Motoped® developed their original model to fit neatly under this common legal restriction, creating what is essentially a motorized mountain bike, with advanced upside down forks, an adjustable monoshock rear end, and a backbone frame that directly connects the steering head and swing arm pivot.

When you order a Motoped® Pro they ask you to choose between the kit build option or fully assembled – kits are popular with those who want to fit their own engines or modify the bikes beyond the original manufacturer’s specification. Most horizontal E-22 (Honda-style) engines up to 155cc will fit the Motoped® frame bolt pattern, and both electric start and kickstart motors are commonly used. 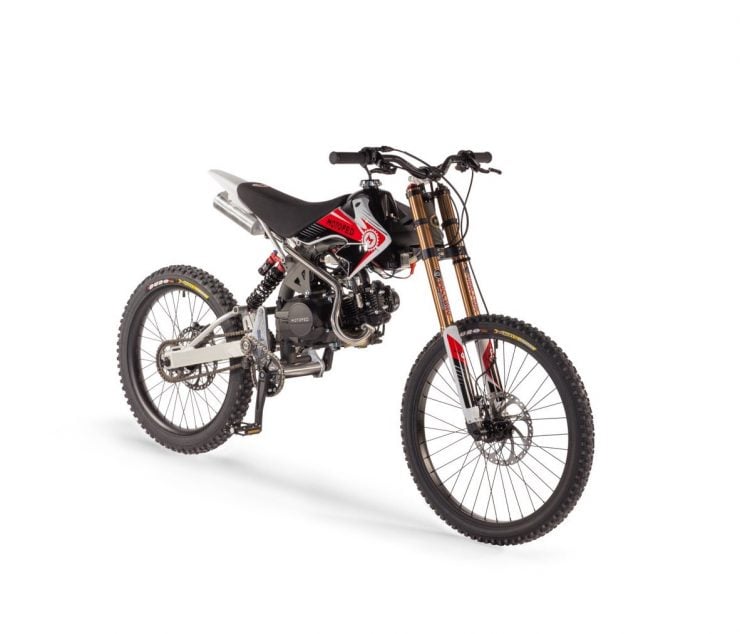 The wet weight of the standard 49cc Motoped® Pro is approximately 120lbs, the seat height is 35” and the wheelbase is 52″. From a size and weight perspective the bikes are well-suited to being transported on rear-mounted automobile bicycle carriers (keeping within the weight limit of course), then used to explore the local area when you get to your destination.

Depending on the engine and the rider’s weight, fuel economy figures of 80 to 130 miles per gallon can be expected – better than most small capacity motorcycles. And additional fuel can be carried in polycarbonate jerry cans or fuel bags for longer journeys.

Should you happen to live in an area where 49cc motorized bicycles are legal, then there are some obvious cost benefits to using it for regular transport. Fuel economy is excellent, there are no road tax or insurance costs to worry about, and maintenance should be exceedingly minimal.

Most consumable parts like tires, brake pads, chains, and fuel are easy to come by, and engine parts can be easily ordered online – these small Honda-derived engines are incredibly common and are in use in one way or another on almost all continents.

Prices vary between $2,499 and $3,299 USD, possibly making this the best value for money this side of the used motorcycle market.

If you happen to run out of fuel you can pedal yourself along like you would on a normal bicycle, and the most common problem most owners seem to face is that they’re frequently stopped by strangers who’re full of questions about what the bike is, how much it costs, and where they can buy one.

If you like the idea of downhill mountain biking, but don’t like the idea of having to pedal yourself to the top of the hill at the beginning, this might just be your perfect weekend vehicle. 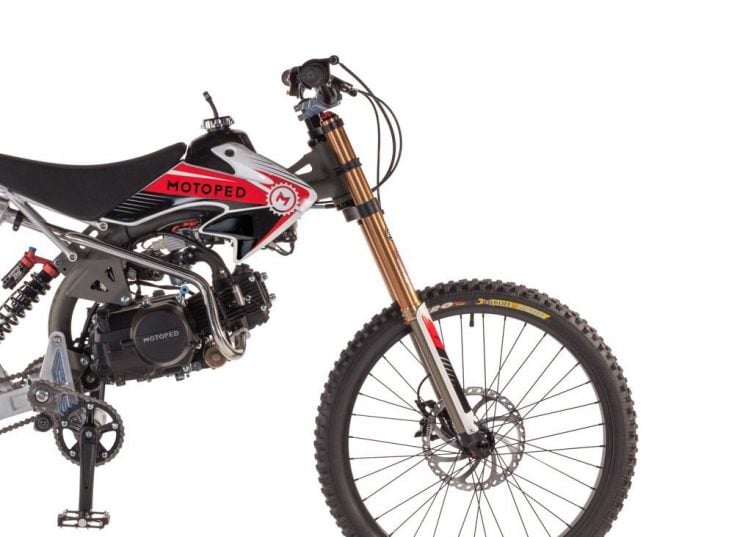 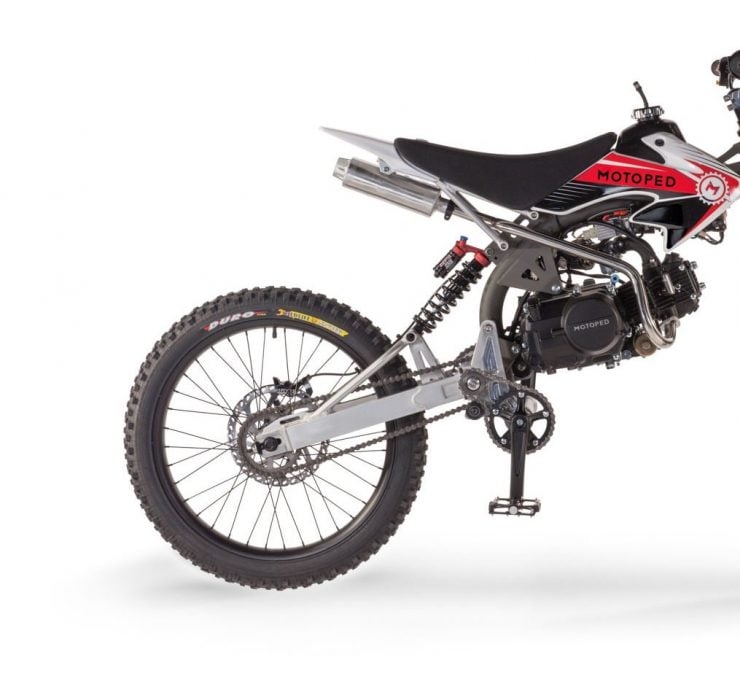 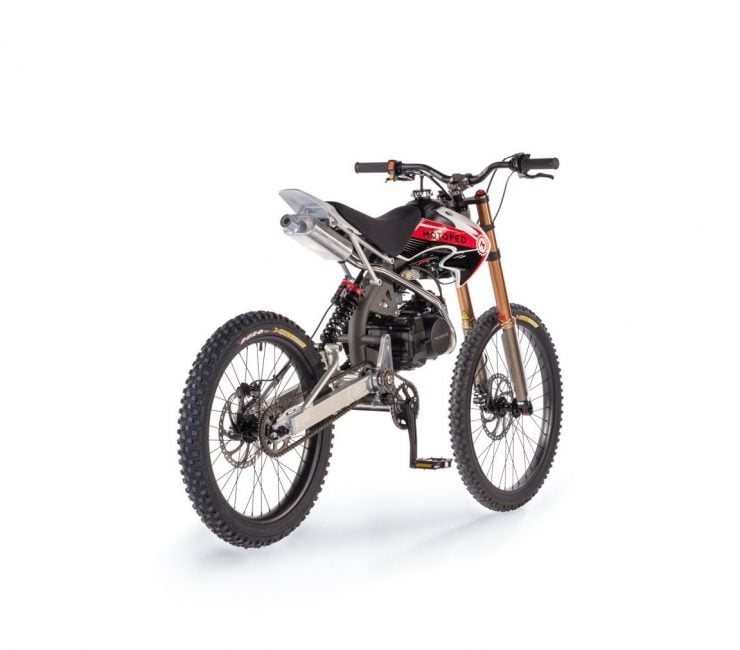 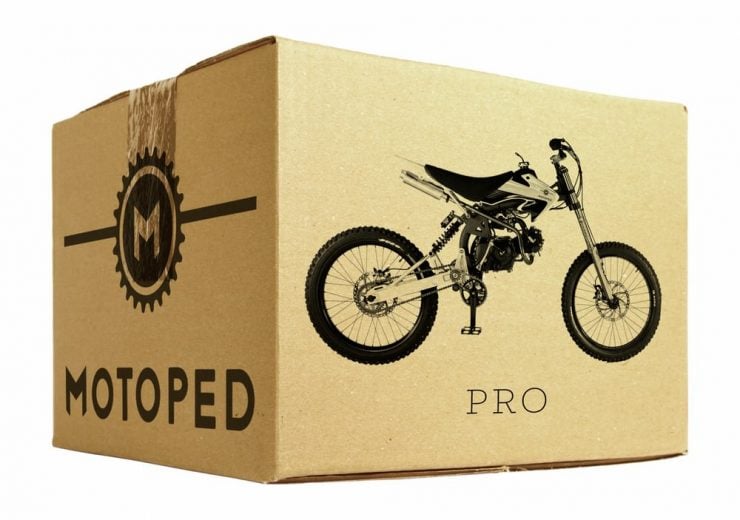 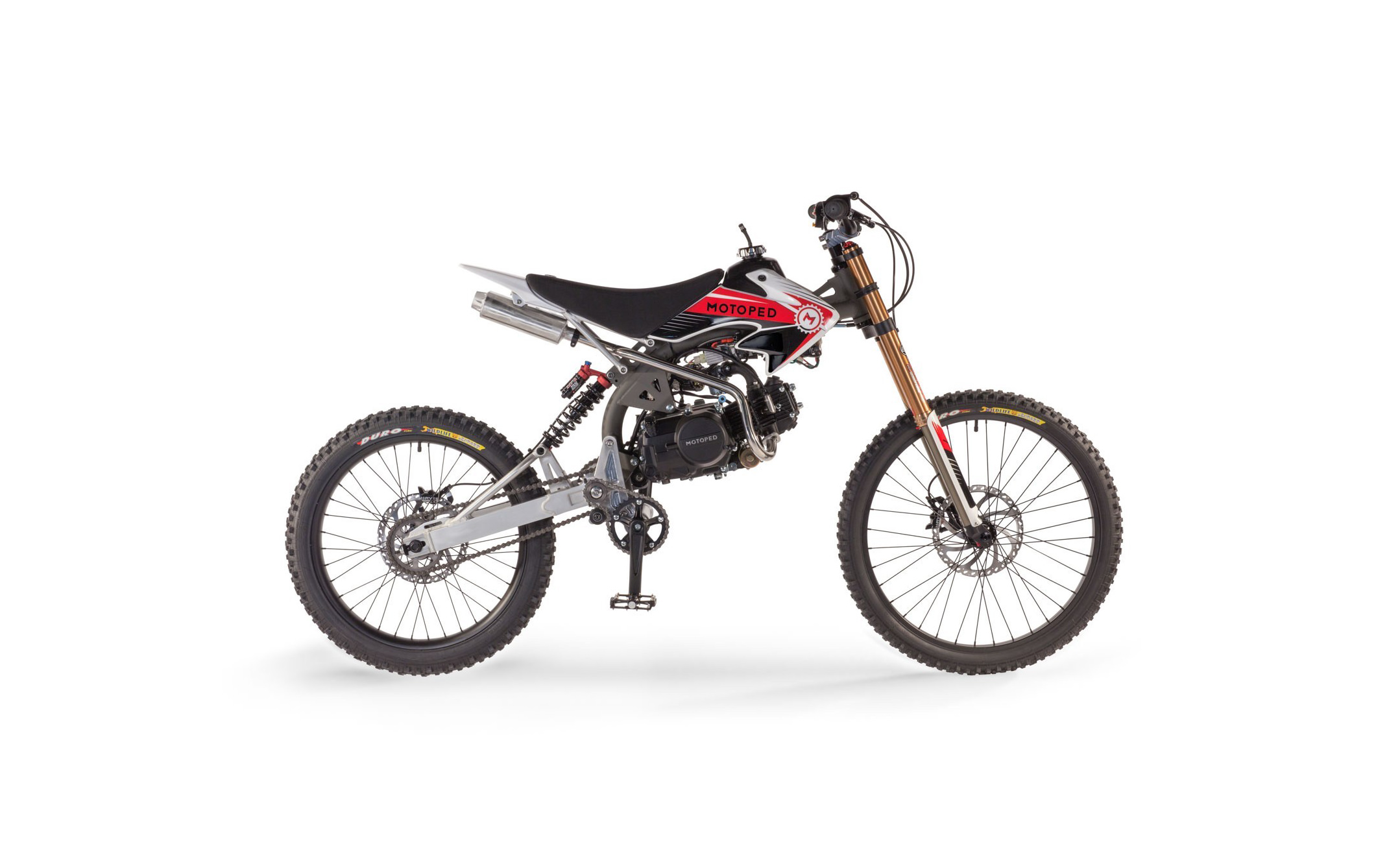