Bill Milliken is an astonishingly talented engineer, by the age of 19 he had already designed, built, flown and crashed his own aircraft, his fascination for machinery continued right through to the current day – he’s still alive and kicking at the age of 100.

The above picture shows Milliken racing a Bugatti at the 1947 Pikes Peak Hillclimb, Bill competed very successfully in over 100 post-war races, though he is perhaps most famous for crashing at the 1948 Watkins Glen Road Race and lending his name to “Milliken’s Corner”.

He was the assistant head of Flight Testing at Boeing Aircraft Corp. during the second world war and was on the first ever flights of the prototype XB-29 and several B-17 Flying Fortresses, I doubt there are many men reading this who wouldn’t happily give a limb to have been on those initial test flights.

As you can imagine, a man with a job as exciting as that would need a hobby suited to his tastes and as such, Milliken raced a Bugatti Type 35A at a number of events including the Pikes Peak race pictured above. He finished 6th in the race which was quite impressive given the fact that the Bugatti was quite old and comparatively underpowered compared with the other cars that made the climb in 1934.

In the picture below, Milliken is fifth from the right with the necktie. 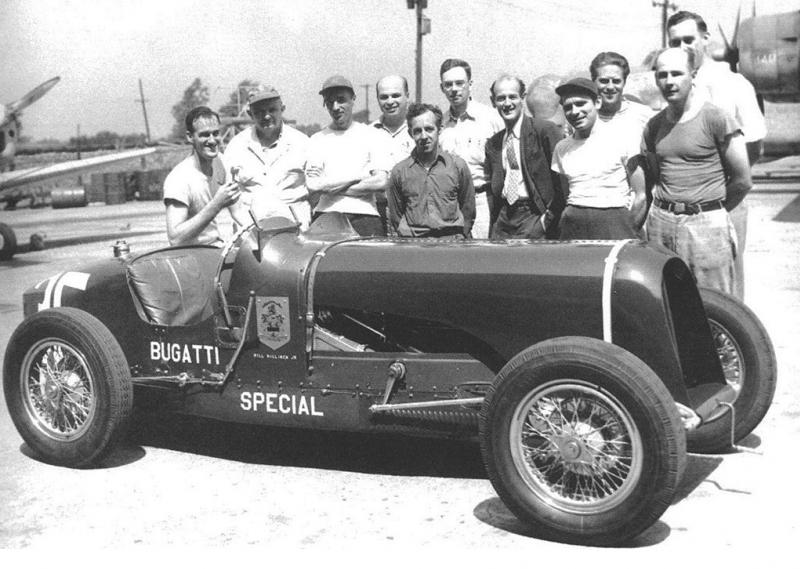