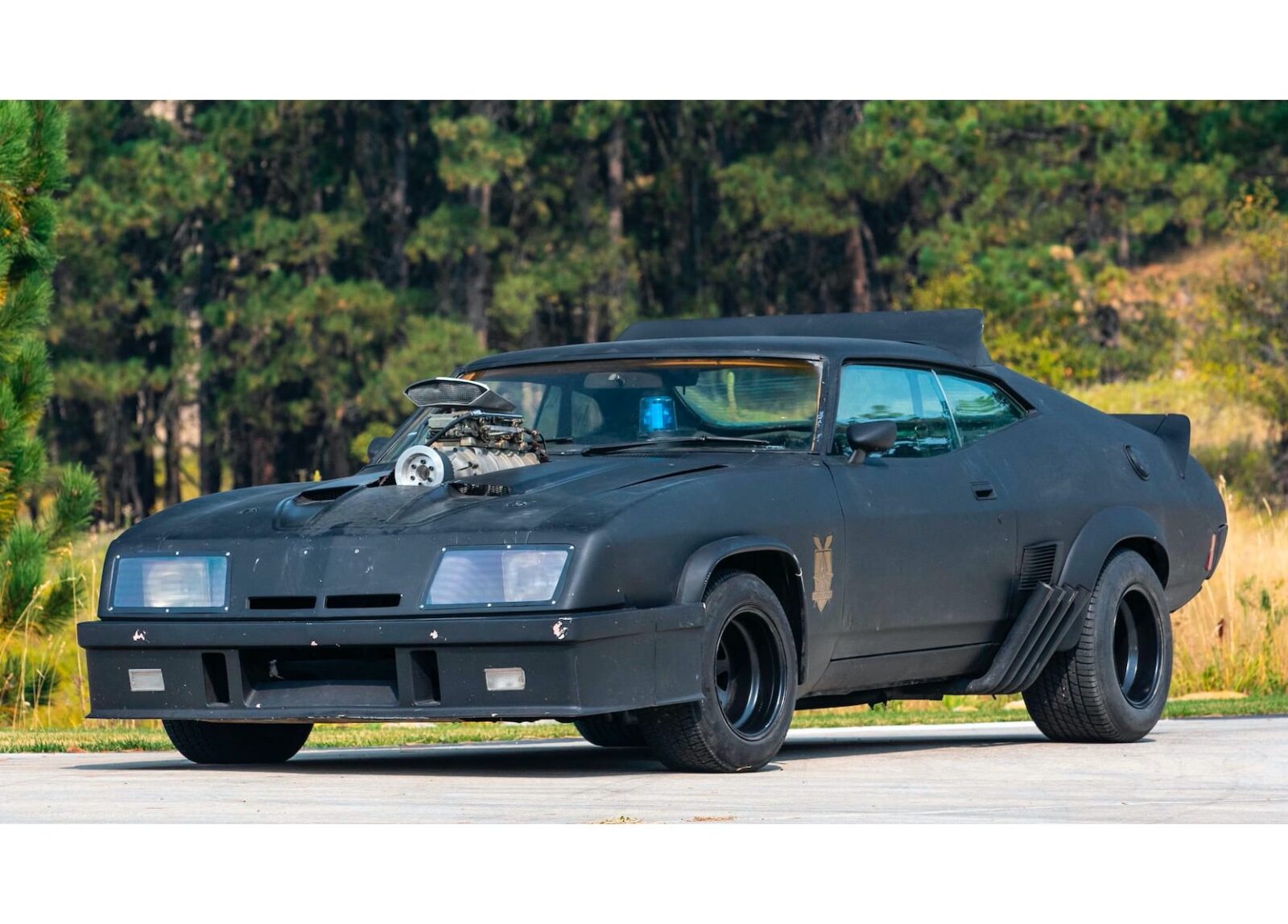 The Mad Max Interceptor is one of the most famous cars in cinema history, and deservedly so. The car was officially named the “Pursuit Special”, it’s also known as the “Last of the V8 Interceptors”, however most people just call it the Interceptor.

The car used in the first film was an Australian-built 1973 Ford Falcon XB GT Hardtop that had been extensively modified by the team at Melbourne-based car customizers Graf-X International with Peter Arcadipane, Ray Beckerley, John Evans, and painter Rod Smythe woking on the car to a series of designs penned by Mad Max art director Jon Dowding.

The Ford Falcon XB GT is a two-door coupe that was designed and built in Australia, it was a follow on from the Ford Falcon XA and the predecessor to the Ford Falcon XC, all of which were offered in two-door, four-door, and panel van variants and represented the third generation of the Australian Ford Falcons.

The XB GT Falcon was never offered for sale in the United States however it’s proven to be a very popular coupe with Americans in the years since – and companies have been founded to buy them in Australia and ship them to new owners in the USA who can’t find them locally. 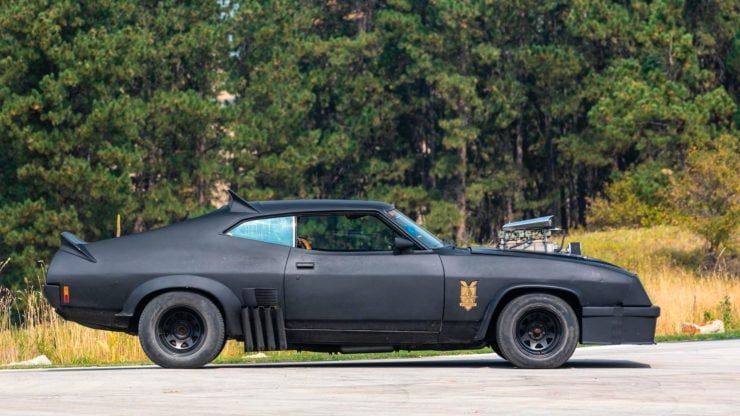 It was this latter engine that was used in the racing versions of the model, the most famous of which are the cars driven by Allan Moffat to win both the 1976 and 1977 Australian Touring Car Championship as well as the 1974 Sandown 250.

The Mad Max Pursuit Special was used extensively in the films, becoming a character in its own right. The car was used in Mad Max, Mad Max 2: The Road Warrior, and in Mad Max: Fury Road, as well as in both of the video games.

The car you see here is an original Australian Falcon XB GT coupe that was shipped to the United States and painstakingly rebuilt with Australian components to Pursuit Special specification including both the interior, exterior, and engine bay. 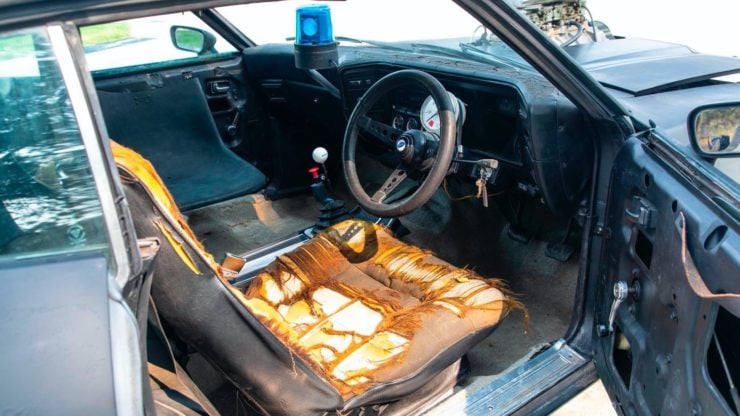 The attention to detail with this build is remarkable, right down to the weatherworn exterior and the heavily patinated interior with a well-worn seat, a jump seat, and the correct blue police flashing light.

The real excitement lies in the engine bay where you’ll find a heavily modified Cleveland 351 cu. in. V8 fitted with a fully functional Weiand supercharger topped with dual Holley four-barrel carburetors, and a chrome scoop – the entire assembly rises through a cutout in the hood as you would expect.

The car is fitted with a four-speed manual transmission with a floor mounted Hurst shifter, there’s a column-mounted tachometer, and a racing steering wheel. The car has the correct twin spoiler set up with a large front air dam and the characteristic exhausts that exit four-a-side just in front of the rear wheels.

If you’d like to read more about the car or register to bid you can find it here on Mecum, it’s due to roll across the auction block with Mecum in January and at the time of writing there’s no price estimate and no reserve. 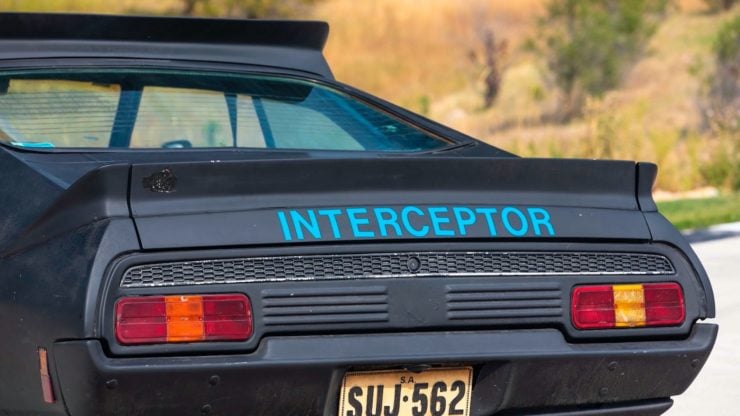 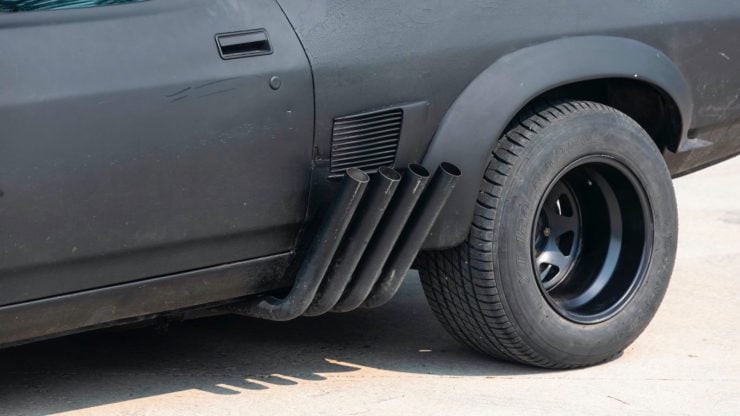 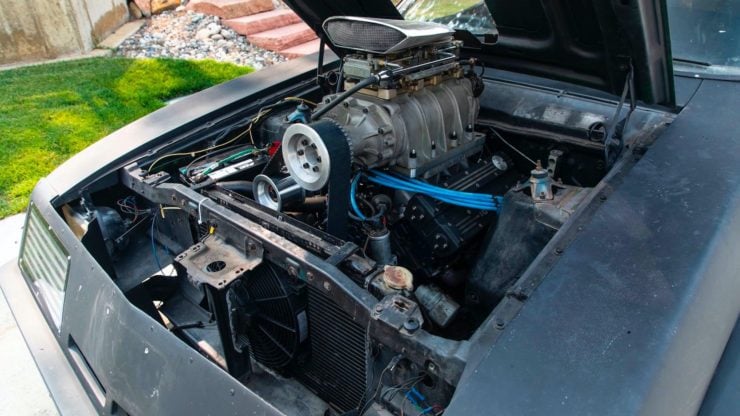 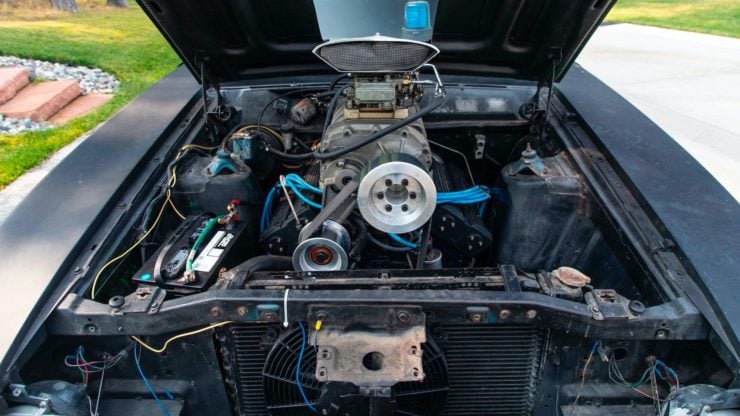 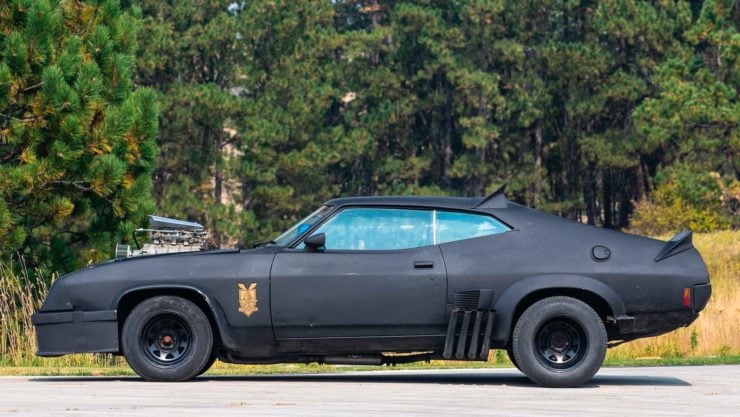 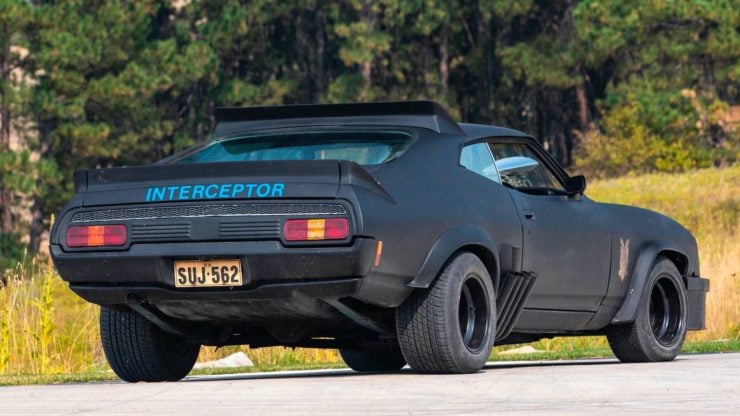 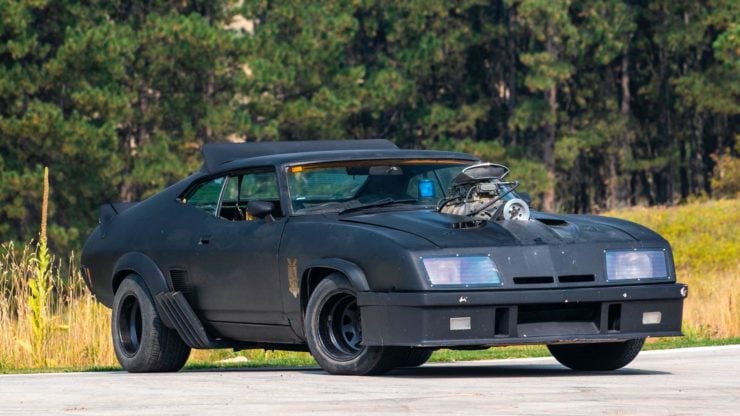 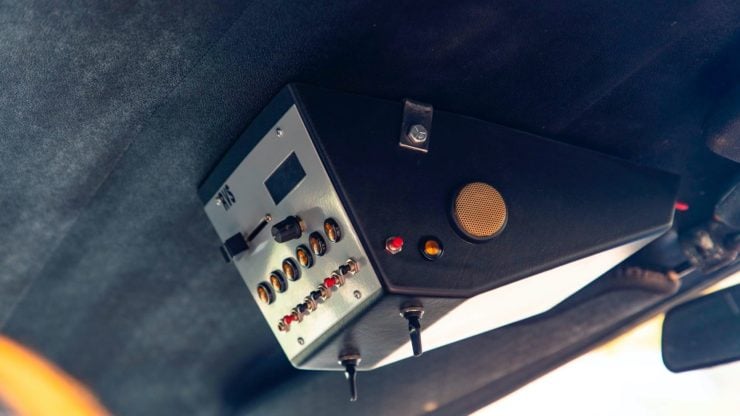 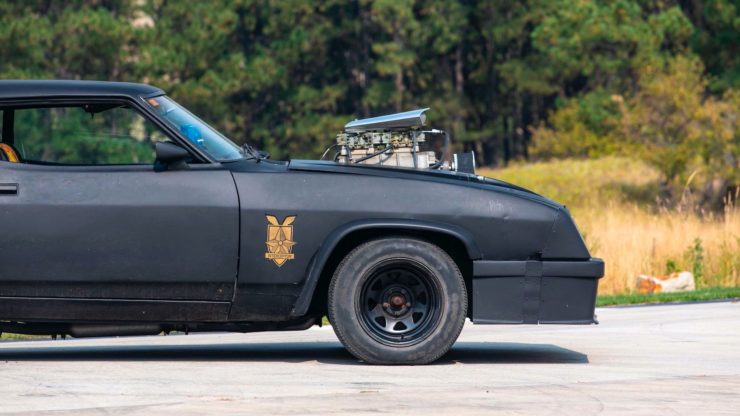 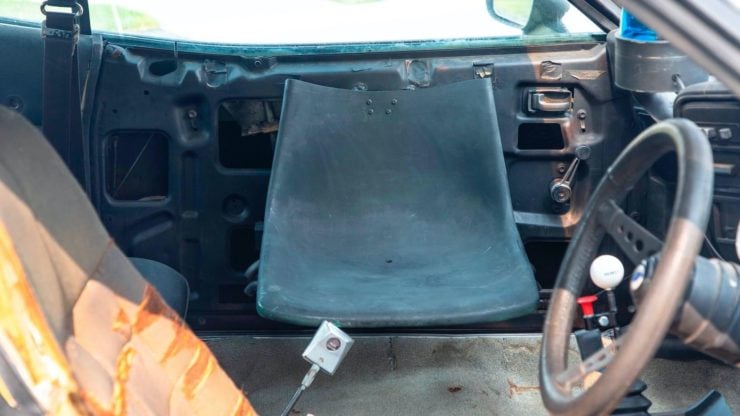 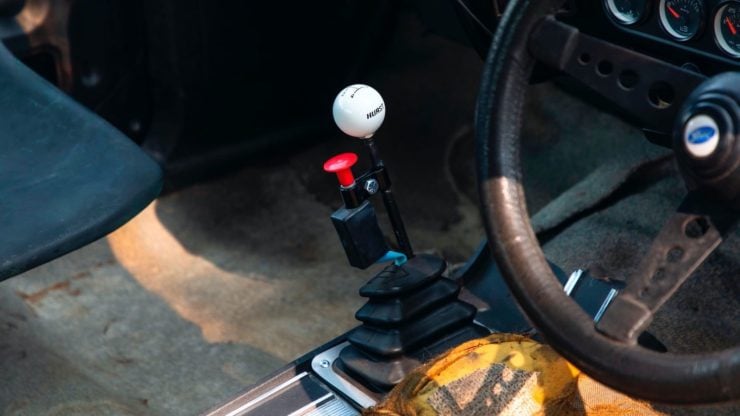 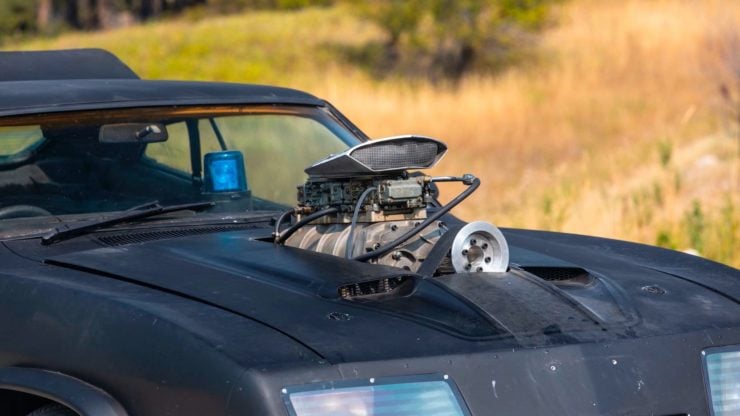 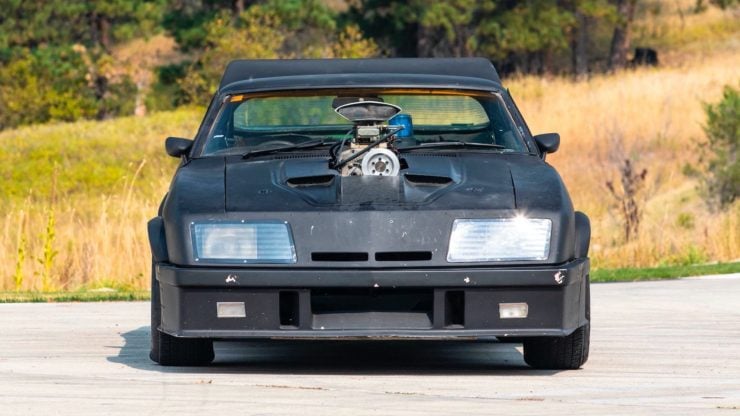 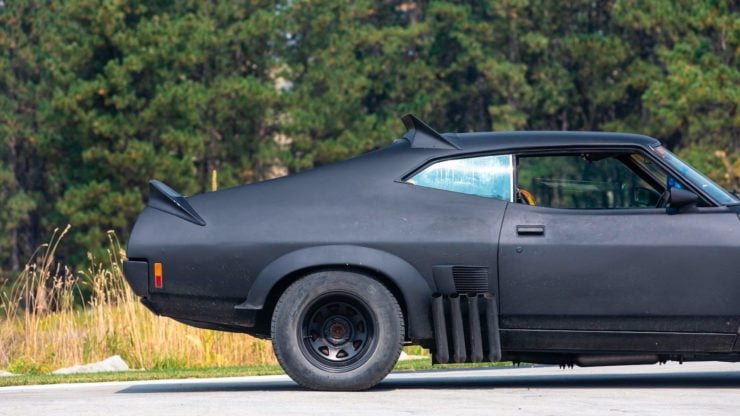 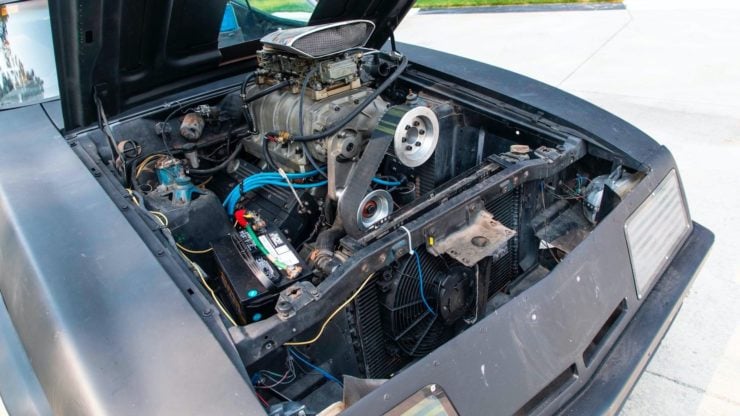 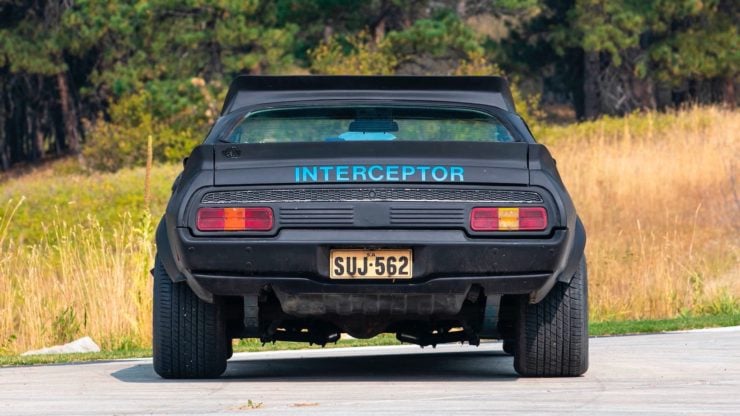 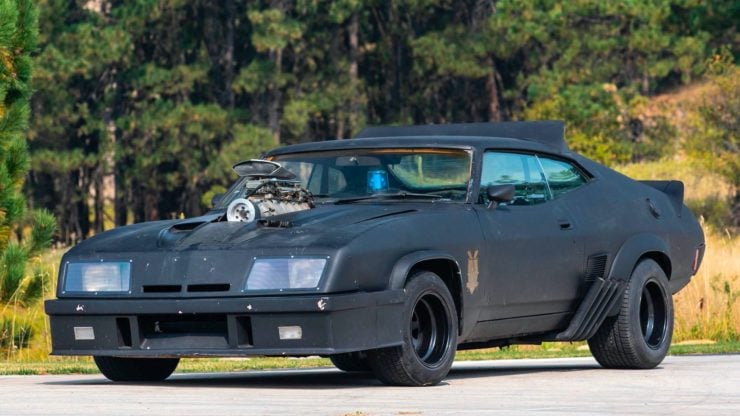 This vehicle, known as the Toyota Pickup in the United States but as the Toyota Hilux in almost all other world markets, has become one…

The Toyota FJ40 Land Cruiser has become one of the most desirable classic four-wheel drives in the world in recent years, alongside its American…

Layered 2002 is a new series of prints of the legendary BMW 2002, as with all Cure Collection designs 20% of the proceeds from…