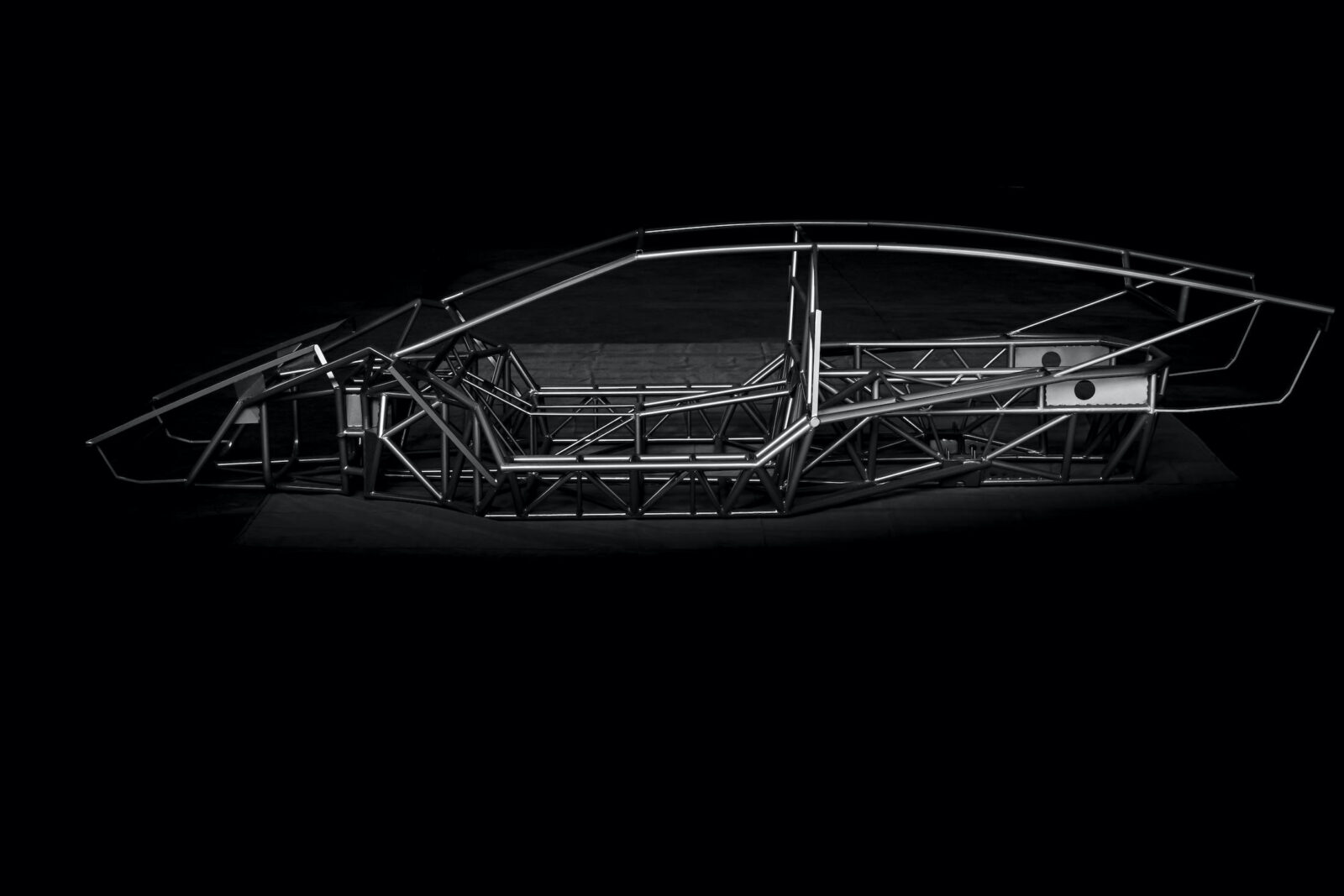 This is a 1:1 replica of the original Lamborghini Countach chassis, as you can see the Countach was based around a tubular spaceframe chassis rather than unibody construction, with its V12 engine mounted longitudinally behind the driver and passenger.

The Lamborghini Countach was released in 1974 and is now revered as one of the most famous of the “wedge-shaped” cars of its era. The car was designed by Marcello Gandini at Bertone, it would go on to become one of the most influential supercar designs of all time and it still has a strong influence on Lamborghini’s design language in the modern day – 46 years later.

By the decade after its release many of the world’s supercars were showing some influence from the sharply-angled Gandini design, with the notable exception of the Porsche 911 Turbo and the 959. The Countach would stay in production from 1974 until 1990 – an impressive 16 year run that saw the car transform from a relatively simple design to something far more complex by the end of its life cycle. 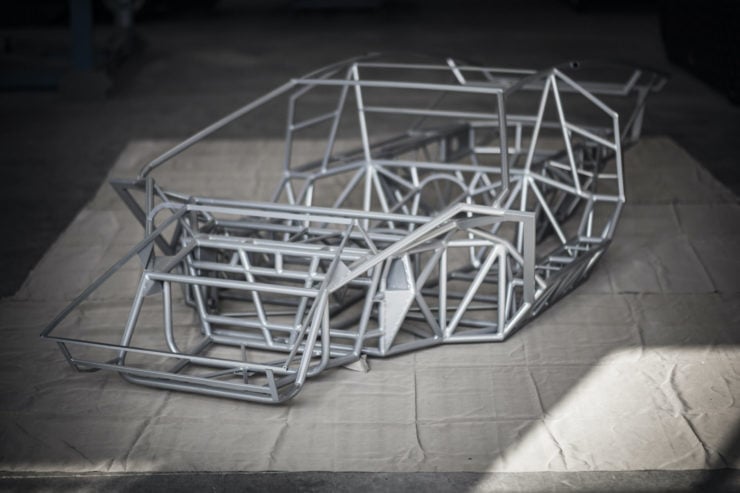 The spaceframe chassis developed by Paolo Stanzani and the Lamborghini engineering team was constructed from welded round-section steel tubing, it formed an incredibly stiff cocoon around the driver and passenger, and was noted for both its stiffness and its lightweight – at just 90 kgs (198 lbs).

The chassis was clothed in a body of unstressed aluminium panels, though later models also used some fibreglass and carbon fibre elements. The first Countach, known as the LP400, was powered by a 3929cc V12 engine capable of 370 hp, and later models were fitted with larger engines capable of ~450 hp.

Over the course of its production run 1,983 examples of the Countach were made. They’re now prized by collectors and values have climbed significantly in recent years.

The 1:1 scale replica chassis you see here is being offered for sale by RM Sotheby’s, it has a price estimate of £7,500 to £12,000 ($9,690 to $15,500 USD) and it’s being offered with no reserve. If you need a new sculpture for your living room or a chassis to build a Countach in your basement you can click here to visit the listing. 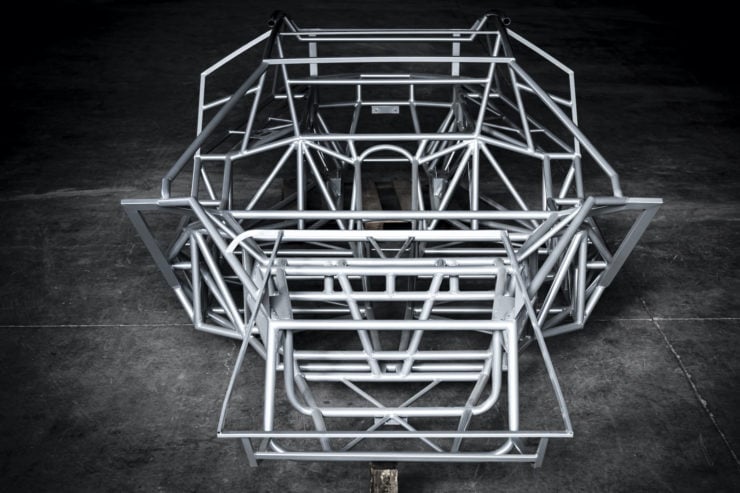 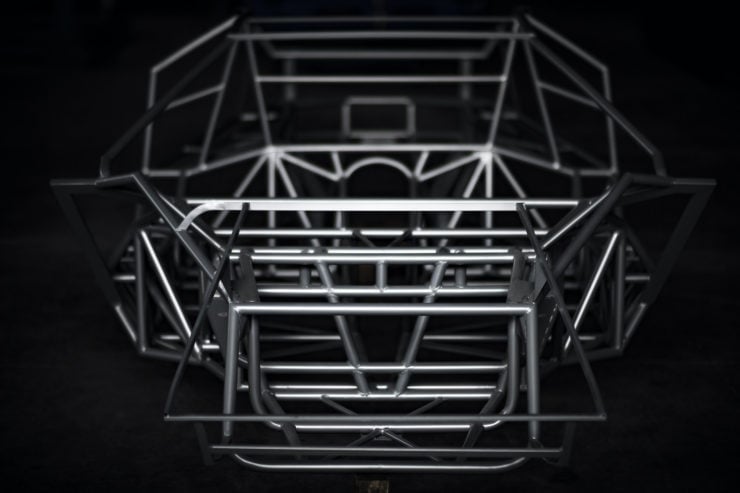 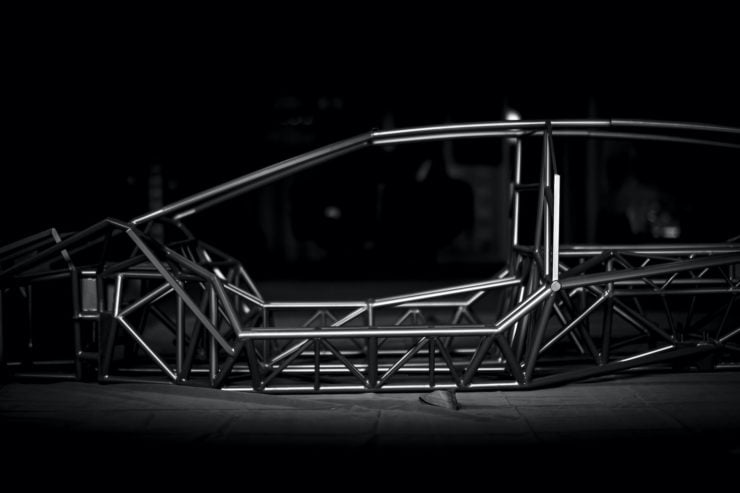 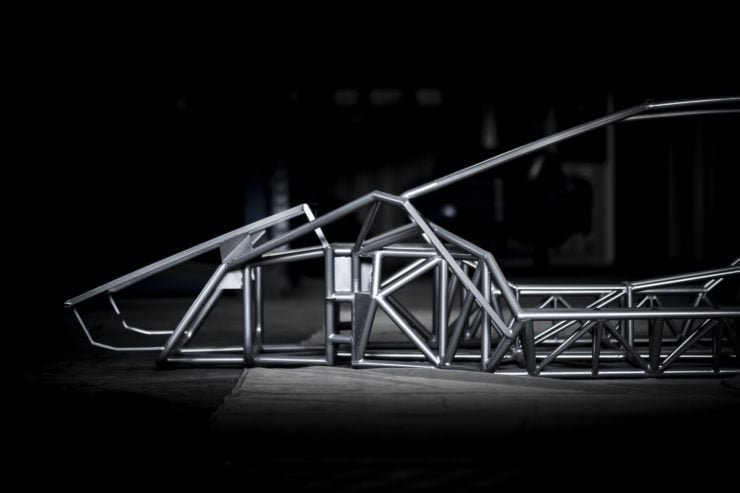 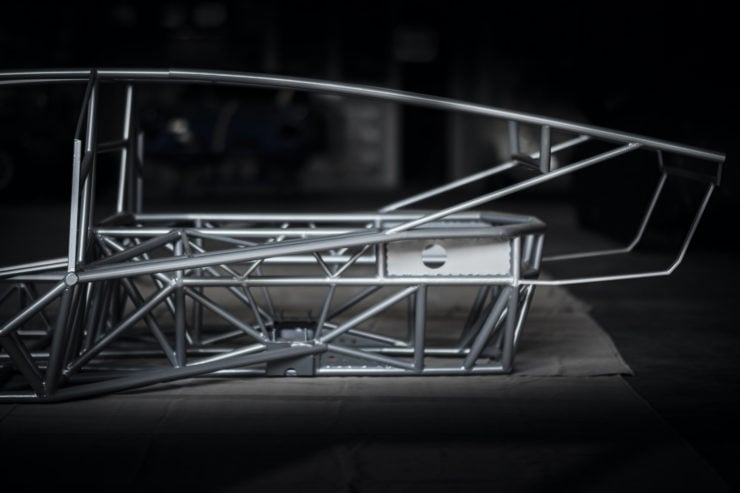 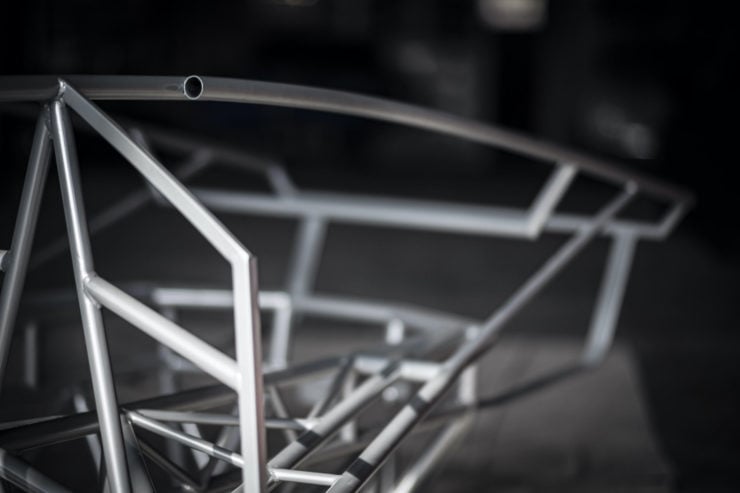 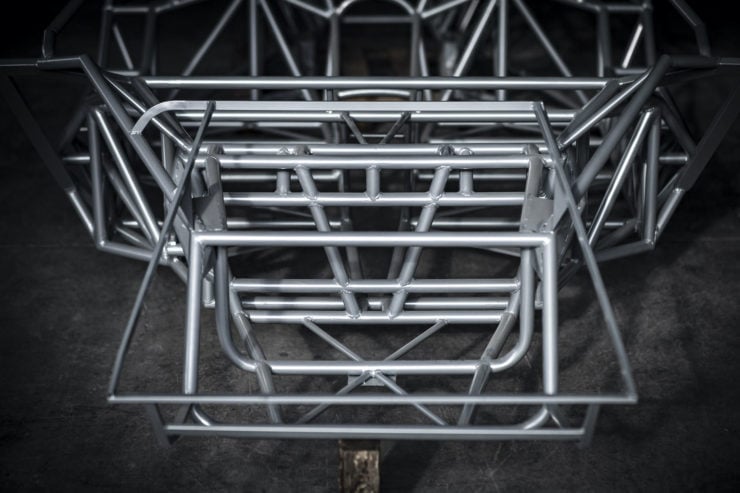