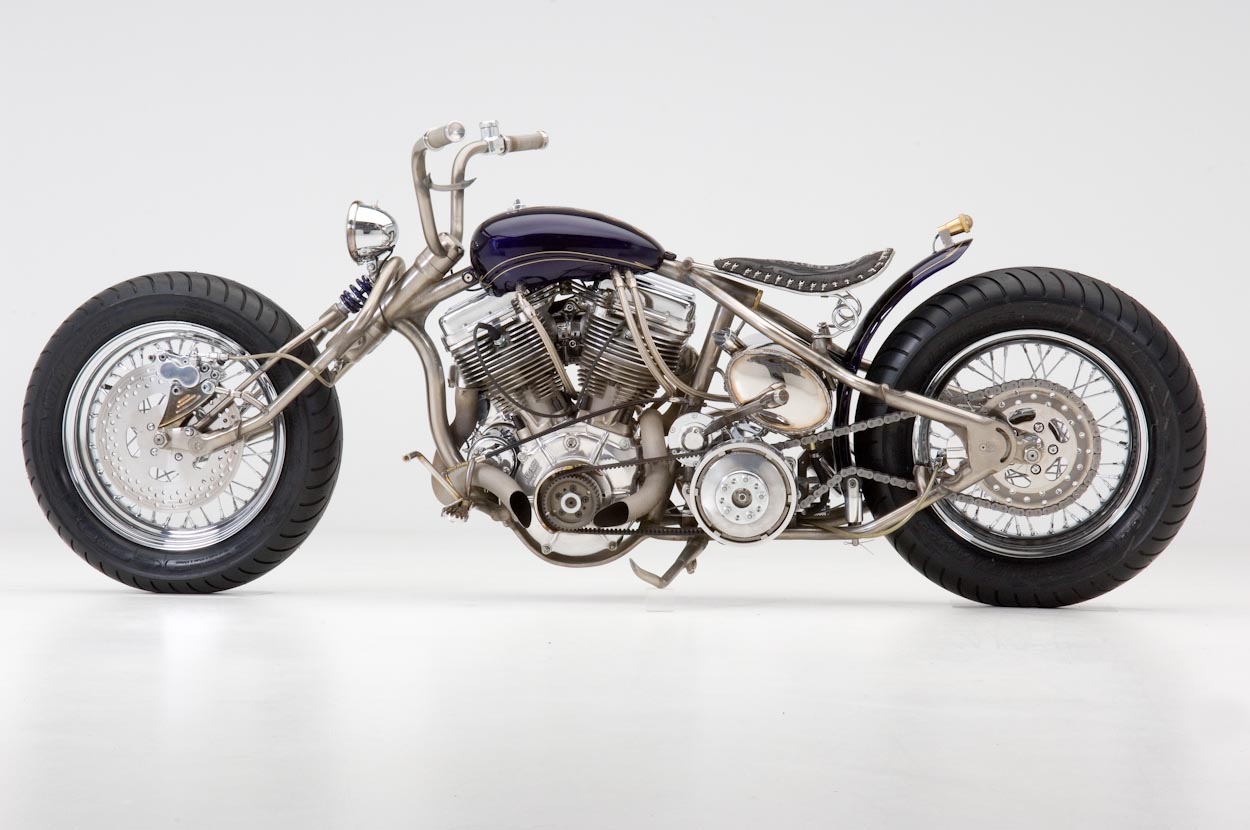 Kyrgyz by the The Kraus Motor Co. is the kind of motorcycle I’d love to see the US chopper scene producing a lot more of, it’s a fascinating combination of modern and vintage technology with serious emphasis placed on engineering.

The Kraus Motor Co. is based in the mountains of Cazadero, in Northern California, they take great pride in being unique with their designs and as Kyrgyz can attest, they know their way around the metalshop.

Kyrgyz is powered by a low-mounted 1965 Harley-Davidson panhead, the frame was all fabricated by hand and upon completion was nickel-plated. The unusual BMX handlebar choice seems to work quite well within the design, the lack of levers is due to the use of Kraus Motor Co’s patented “twist-brake” on the left hand side, allowing a far more minimal aesthetic than almost any other handlebar I’ve yet seen.

Interestingly the bike does have rear suspension, allowing 2.5″ of rear travel, I’ve included a close up of the rear hub below for those interested in a closer look. It reminds me a little of the softail system used by Zero Engineering although the Kraus system is far more subtle. 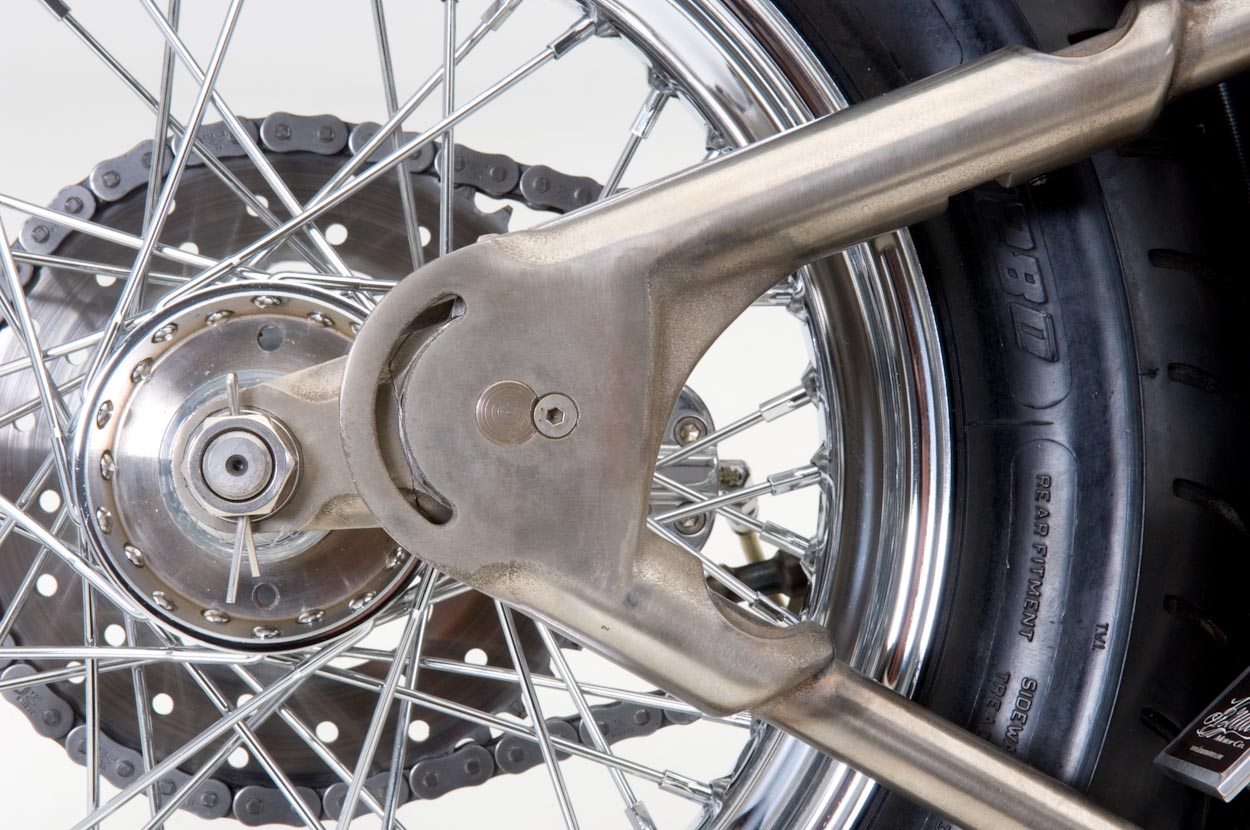 Although it’s obviously very unusual, I like the Kyrgyz, it always fascinates me when smaller companies roll up their sleeves and get into the engineering side of things rather than just producing shiny stock-framed S&S choppers.

If you’d like to see more from The Kraus Motor Co. click here, they have a few other builds that are well worth a look. 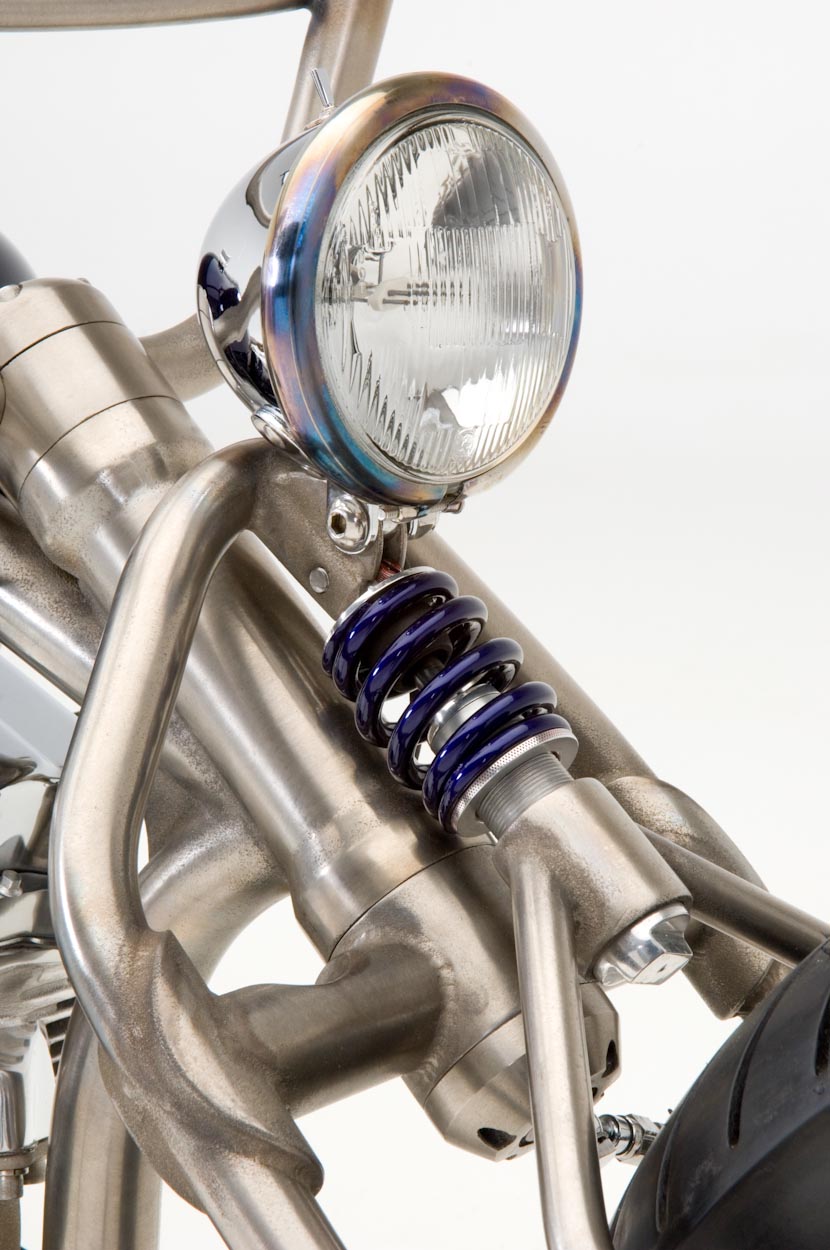 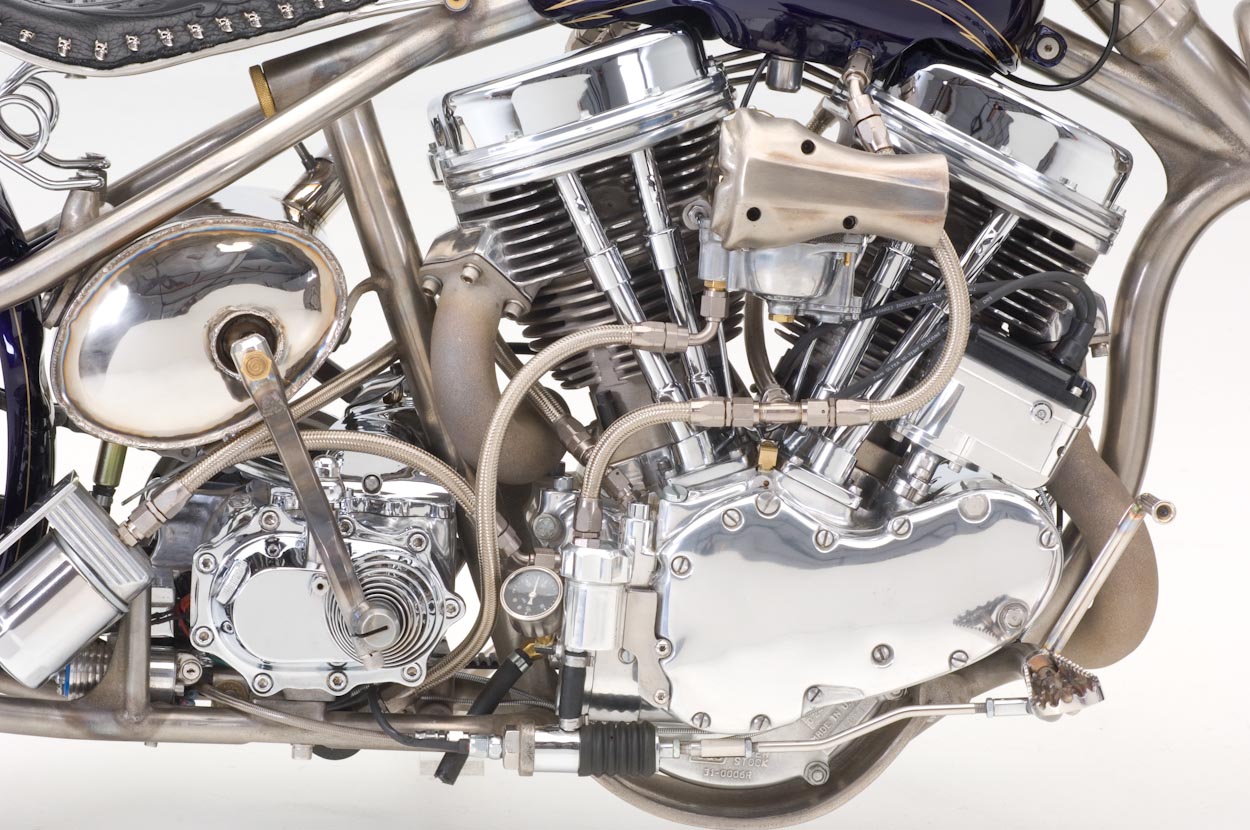 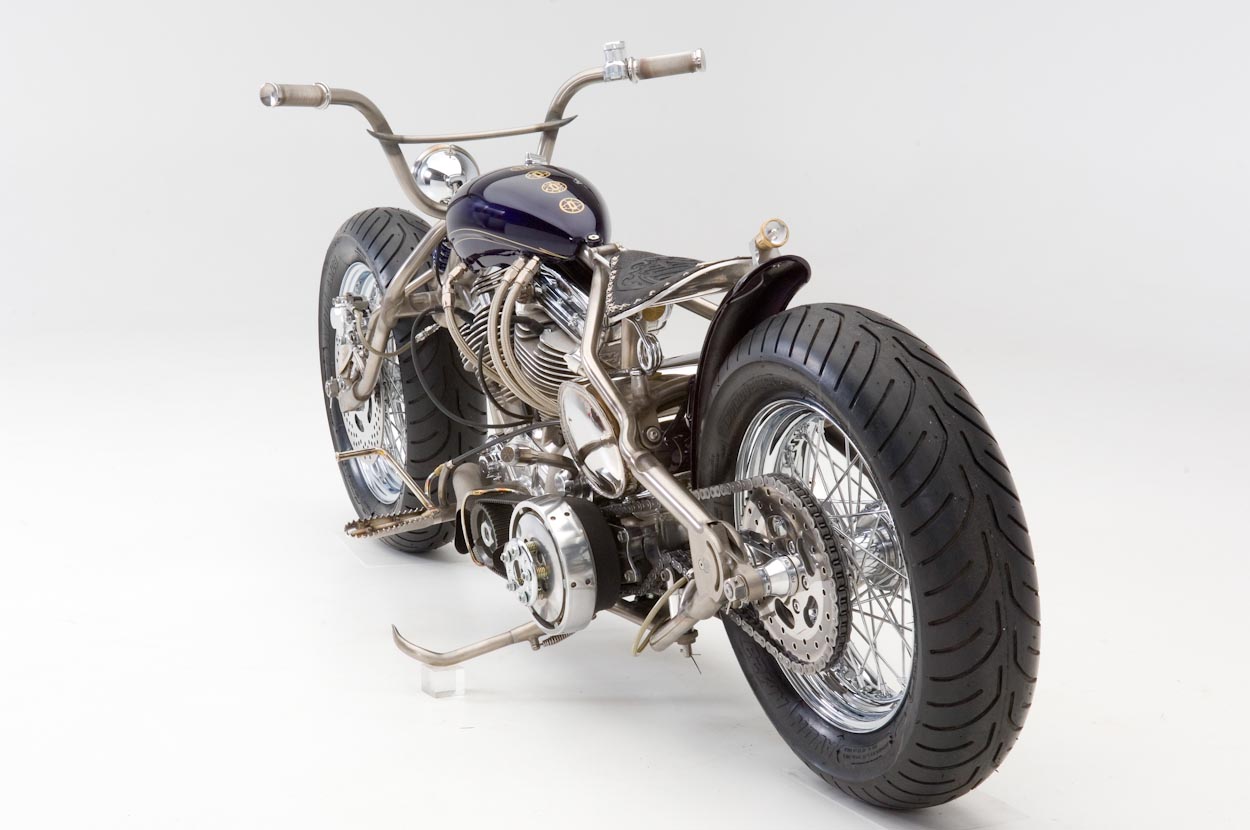 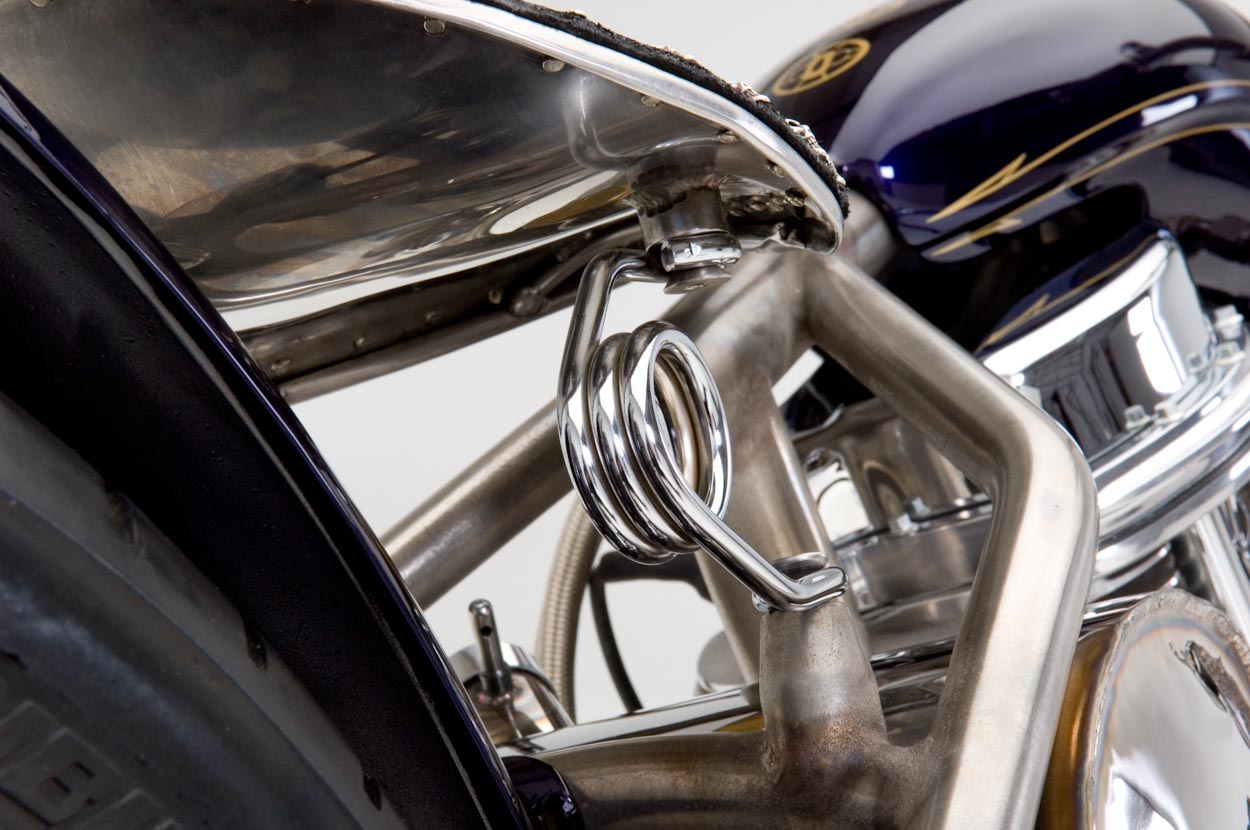 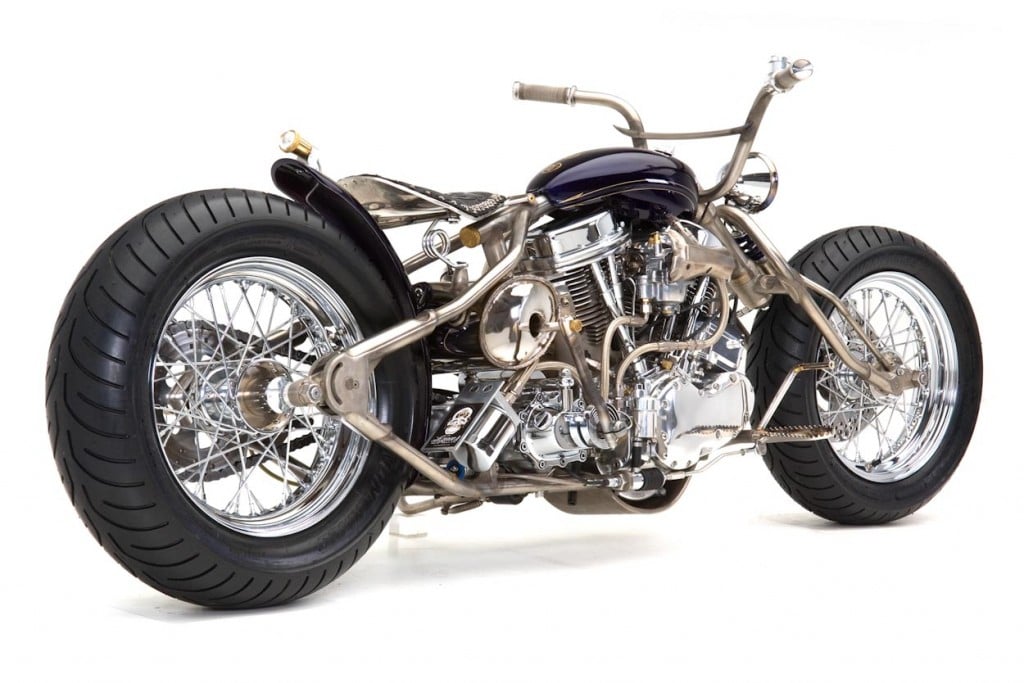