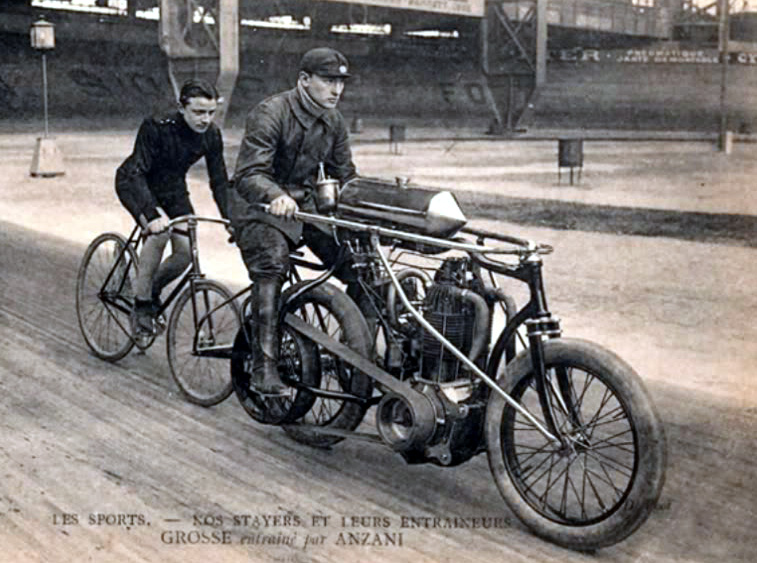 Anzani was a bit of a hybrid between Leonardo Da Vinci and Howard Hughes, he had a deep and abiding love for engines and built everything from a fully functioning hydrofoil to a 20 cylinder, 4 row radial aircraft engine in his day.

This motorcycle is powered by one of Anzani’s more interesting engines, it’s not easy to find detailed and reliable information on most of Anzari’s creations although from what we’ve gathered this is a 2 cylinder 2,400cc pace bike used at a Paris Velodrome pre-1920.

As always, if you know more about it than I do, which isn’t hard, let us all know in the comments below.

Click either image for the high resolution version or read more about Alessandro Anzani here.