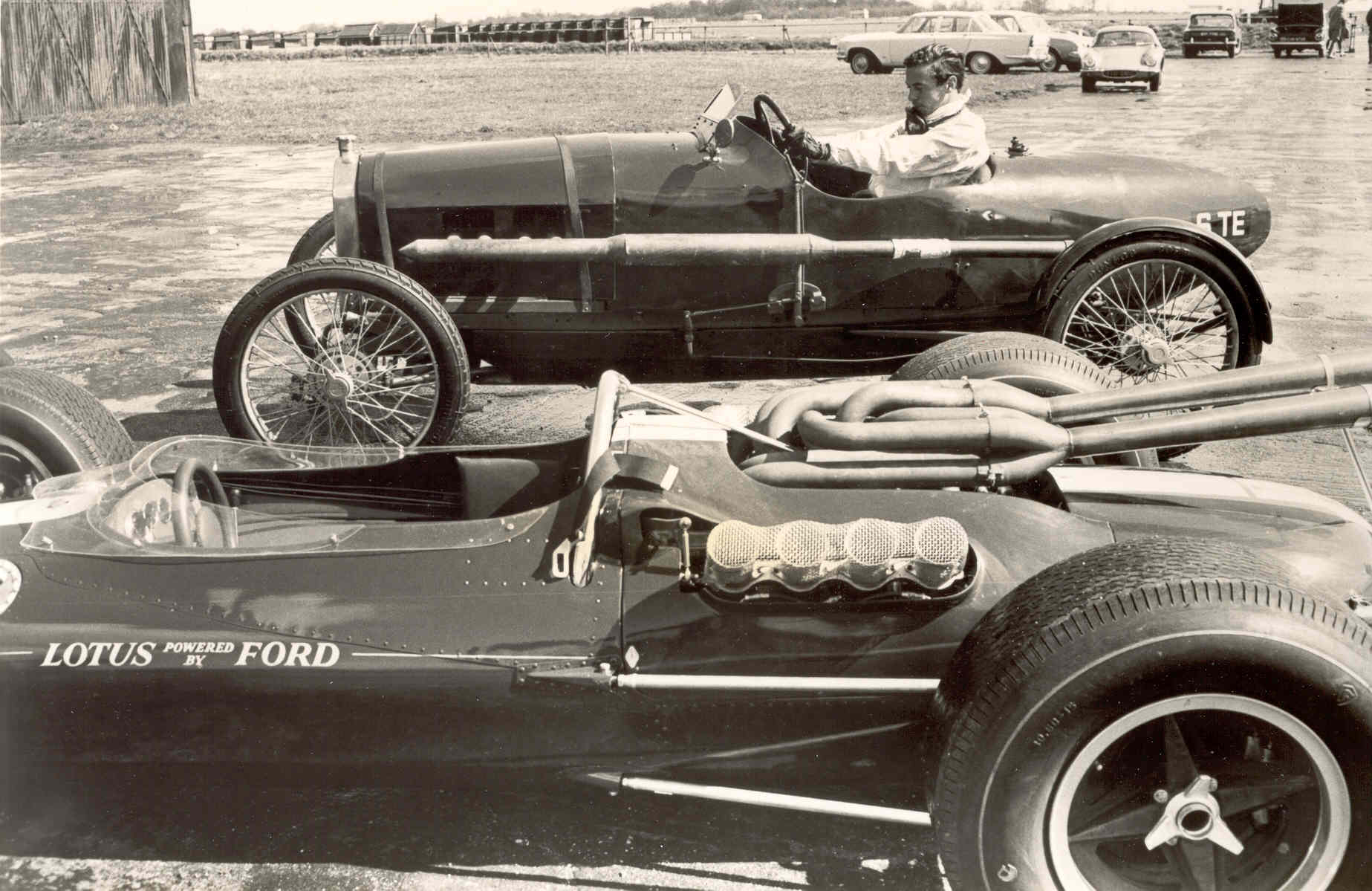 This brilliant photograph shows Jimmy Clark sitting in a beautiful old Model T Sprint Car, the purpose of the picture was to show the huge technological step forward between the 2 Ford powered cars and it does demonstrate it quite well. The only real question is, which would you choose to drive if you could only choose one?