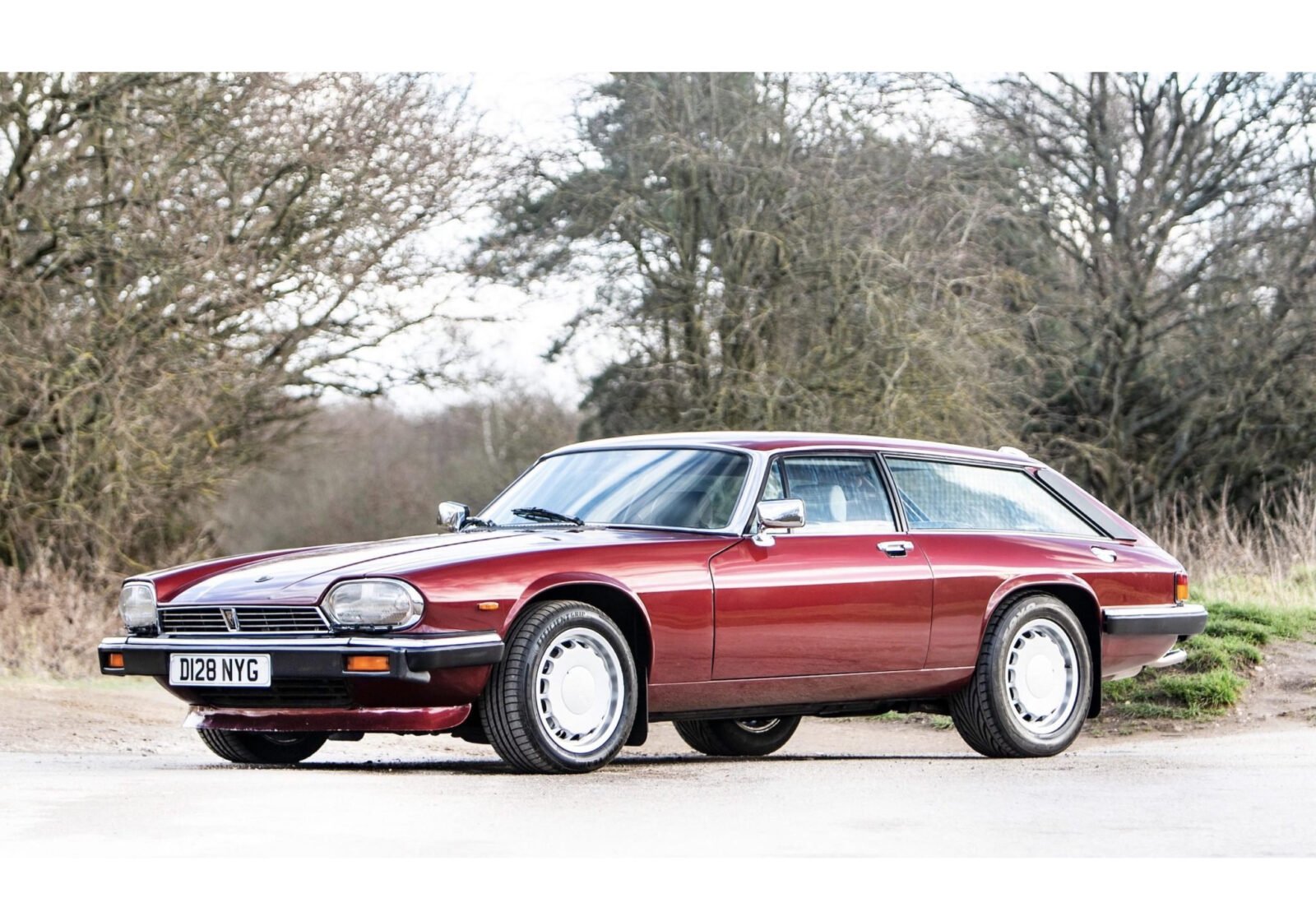 The Lynx Eventer was a special shooting brake version of the Jaguar XJS built by Lynx Motors for 16 years from 1983 onwards. The Eventer was far from just a new roof welded onto a standard XJS, the car featured all new glass and bodywork from the B-pillar back as well as comprehensive interior modifications.

Over the production run Lynx is believed to have built 67 Eventers, each was tailored to their owner’s request and so no two are identical. The car you see here is a little more special than most however, as it’s believed to be the only Eventer that was given a series of performance upgrades by Tom Walkinshaw Racing, making it almost certainly the quickest Eventer of the 67 that were built.

Lynx Motors originally started out restoring and performance tuning Jaguars, particularly the C-type and D-type models in 1968. By the early 1970s they’d amassed enough knowledge and fabrication ability to build all-new C-types and D-types which they began doing to meet customer demand. 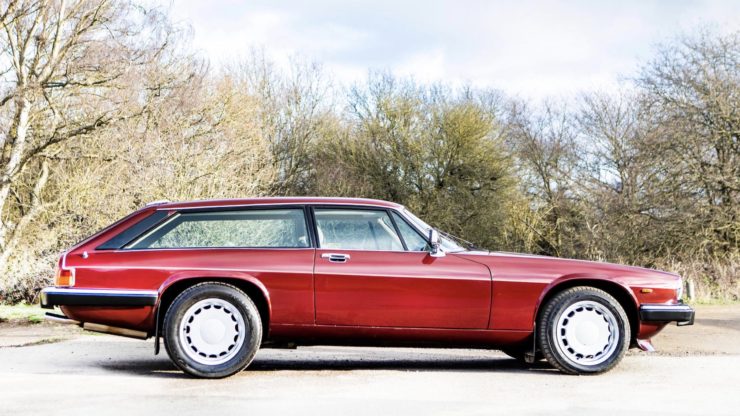 The company began offering convertible conversions for the then-new XJS model in 1980, Jaguar wasn’t yet building a drop top version of the model and the Lynx conversion cleverly kept the rear seats. As the ’80s progressed it became clear that Jaguar were working on their own convertible version of the XJS, so the team at Lynx began developing something they knew Jaguar would likely never offer – a classic shooting brake version.

They launched the Lynx Eventer shooting brake based on the Jaguar XJS in 1983, the conversion cost in 1983 money was £6,950, which worked out to about a third the value of a new XJS V12. The team at Lynx essentially built an entirely new roof and rear body panels for the new model, and they modified the car internally too to move the rear seats back and offer (much needed) additional leg room. The rear seats were also converted to fold flat when required, giving 6 feet of flat luggage space in the rear.

The conversion also required a relocation of the fuel tank, stiffening of the rear suspension, adding a rear lift gate (with a wiper and washer), and fitting all new glass.

The shooting brake is a body style that first appeared in the late 1800s as a horse drawn wagon used by shooting parties, they were later offered as coach built conversions to automobiles, and they’ve remained in limited production well into the 21st century. Shooting brakes are characterised by a long station wagon-style rear with a flat cargo area ideally proportioned for hunters to lay their guns flat, alongside ammunition and other shooting ancillaries.

The model type has also proven popular due to its unusual look and undeniable practicality, shooting brakes have become popular with skiers and other outdoors types due to the rear luggage space, and depending on the model some have even used them as weekend campers. 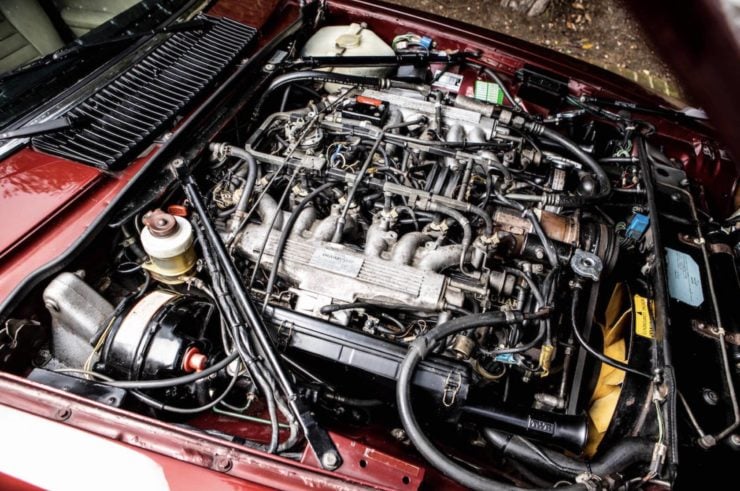 This Eventer was sent to Tom Walkinshaw Racing in 1986, with just 342 miles on the clock, for a conversion to the higher performance TWR specification.

TWR had been building racing versions of the XJS since 1982 including a championship win in the European Touring Car Championship in 1982 and 1984, and a slew of other top flight races.

For road use you could have TWR rebuild your XJS for higher performance, this included an engine capacity increase to 6.1 litres on the V12. The engine rebuilt included Mahle forged pistons, machined combustion chambers, larger air intakes, high-flow air filters, special spark plugs, and high-lift camshafts. After the rebuild this engine was rated at 380 bhp. 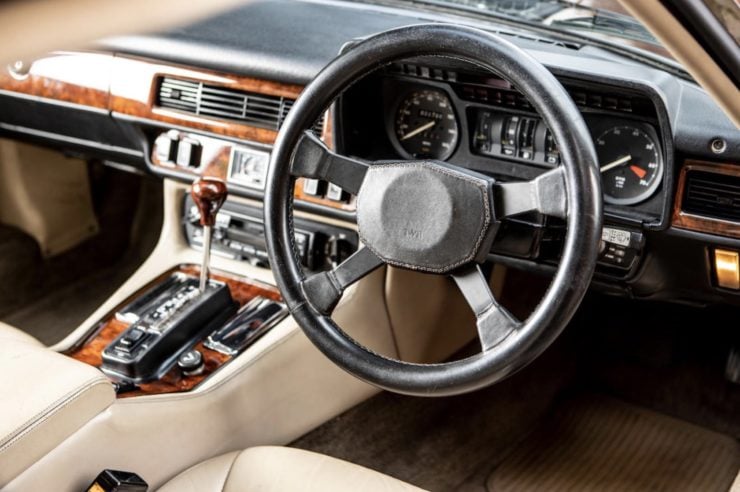 The Lynx Eventer you see here, as previously mentioned, is believed to be the only example that was converted to TWR specification.

It was comprehensively restored in 2011 to excellent condition both inside and out, including a full repaint and an engine rebuild – no mean feat given the remarkable nature of the engine. It’s now due to be offered for sale by Bonhams at the Goodwood Members’ Meeting Sale on the 29th of March.

The estimated value of the car is between £55,000 and £65,000, if you’d like to read more about it or register to bid you can click here to view the listing. 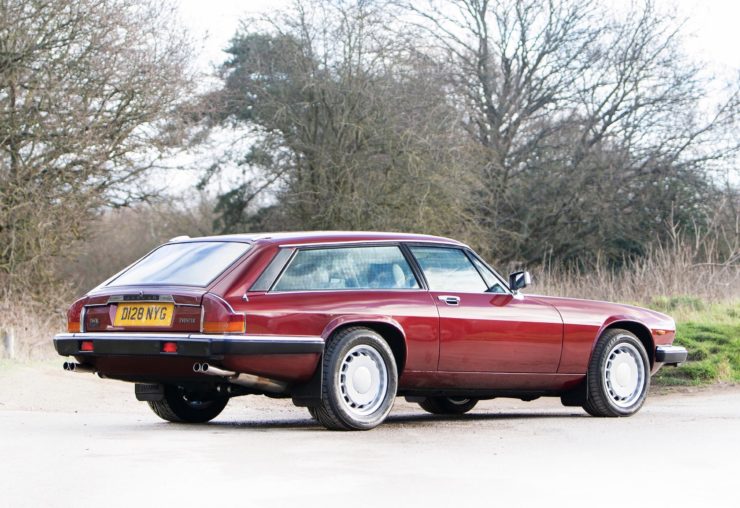 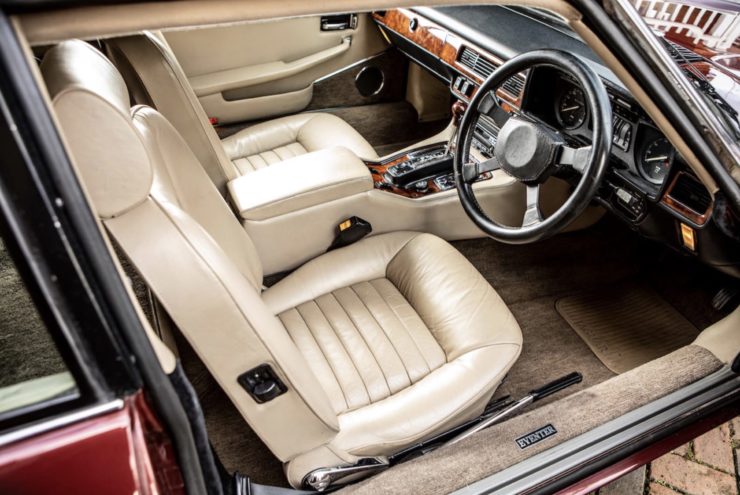 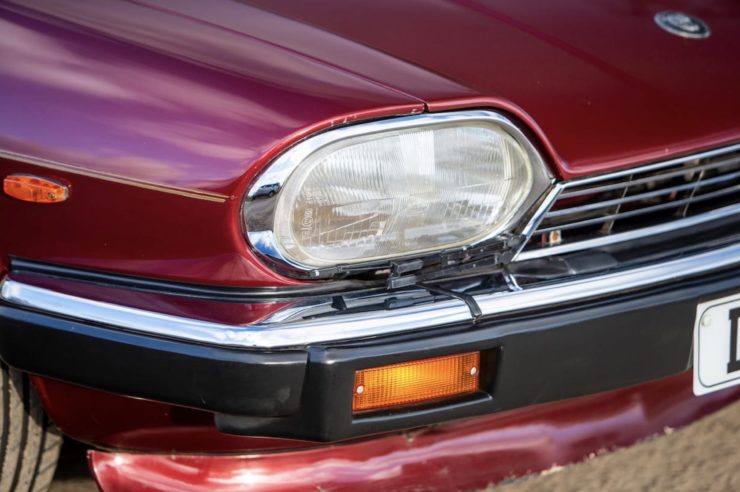 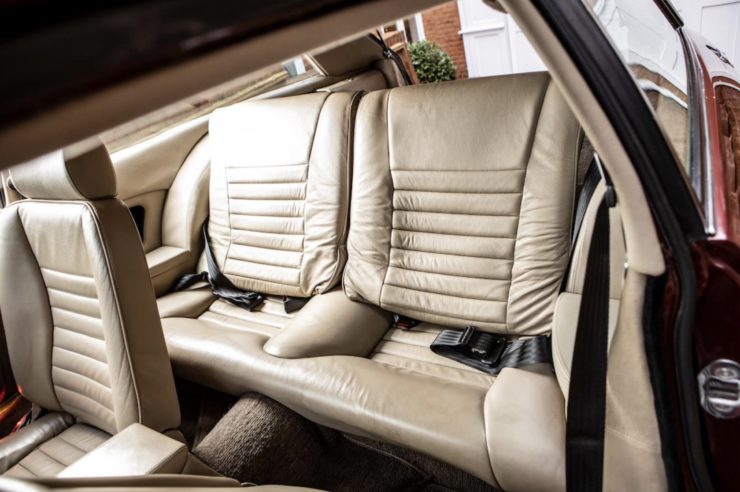 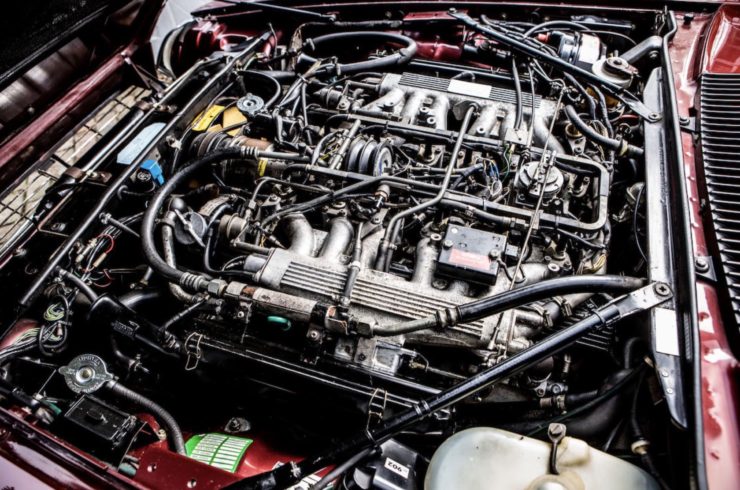 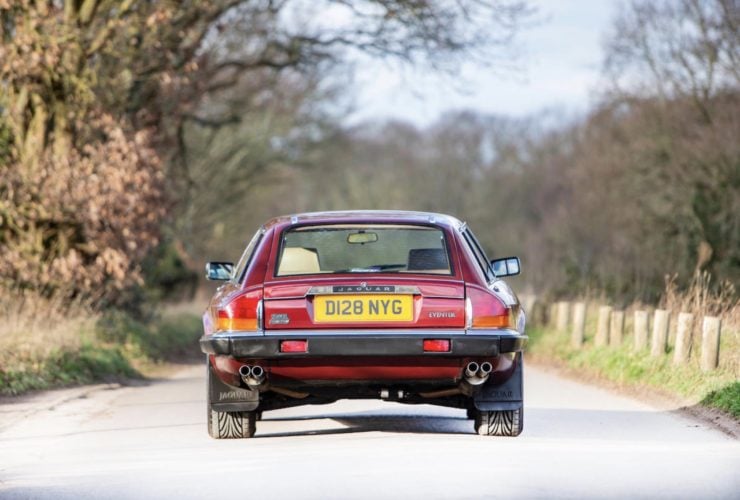 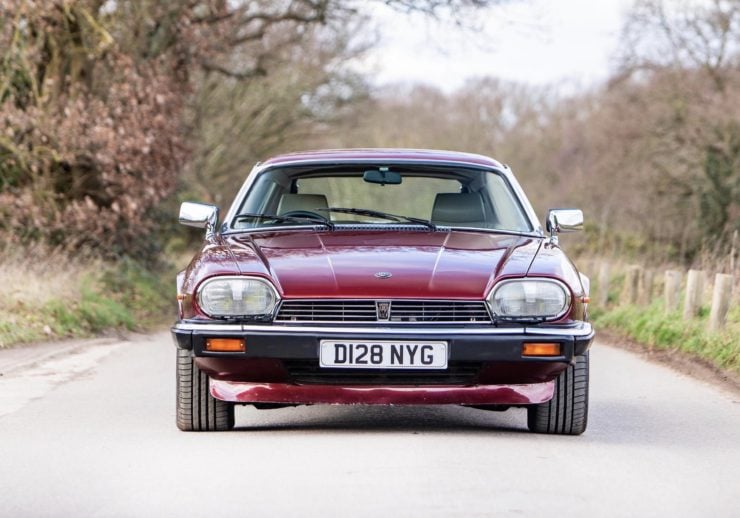 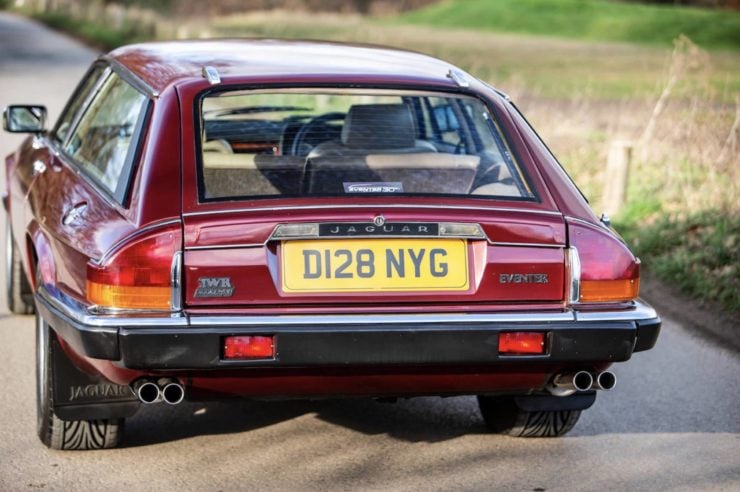 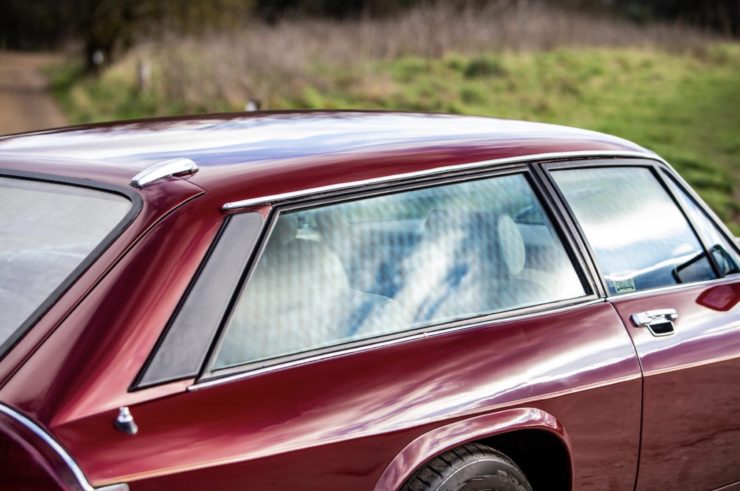 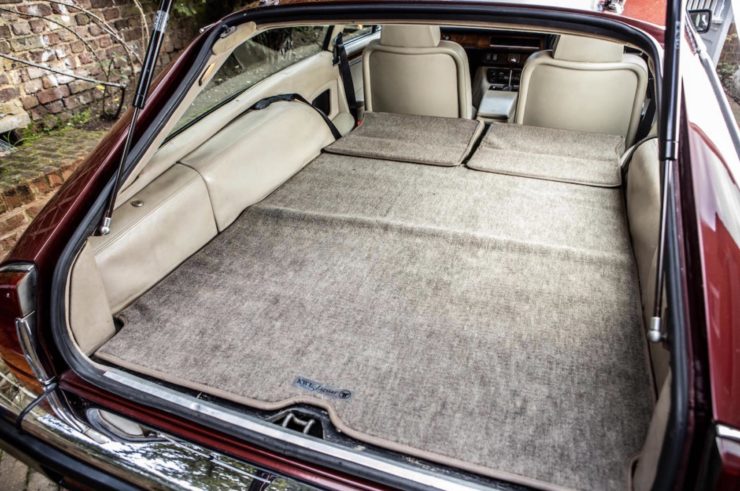 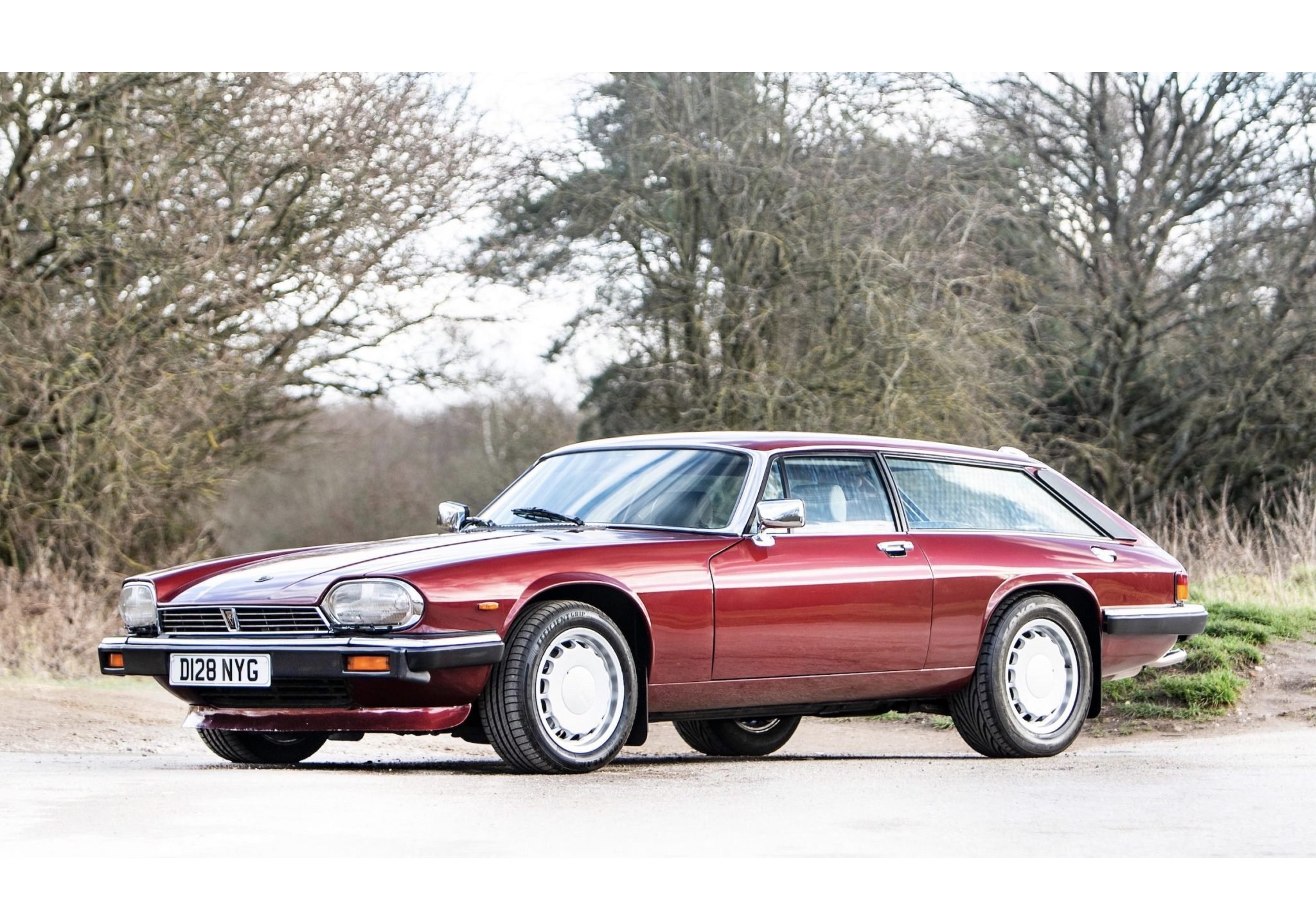