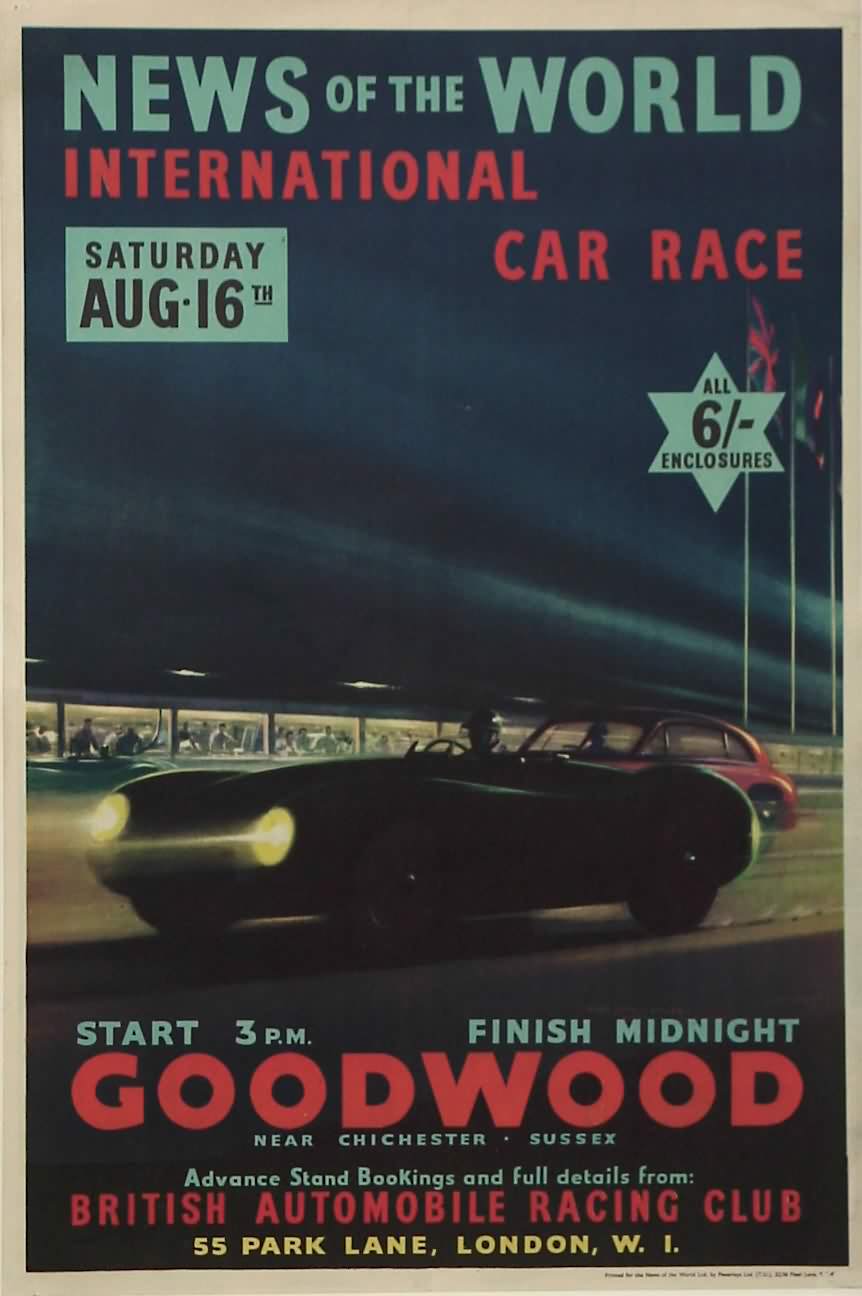 The 1952 Goodwood 9 Hour Race was first held in 1952, Jaguar sent the above illustrated C-Type with other British manufacturers sending their latest and greatest creations. The race was won by a race tuned Aston Martin DB3 driven by English drivers Peter Collins and Pat Griffith, the Goodwood 9 Hour Race was held over 3 years between 1952, 1953 and 1955.