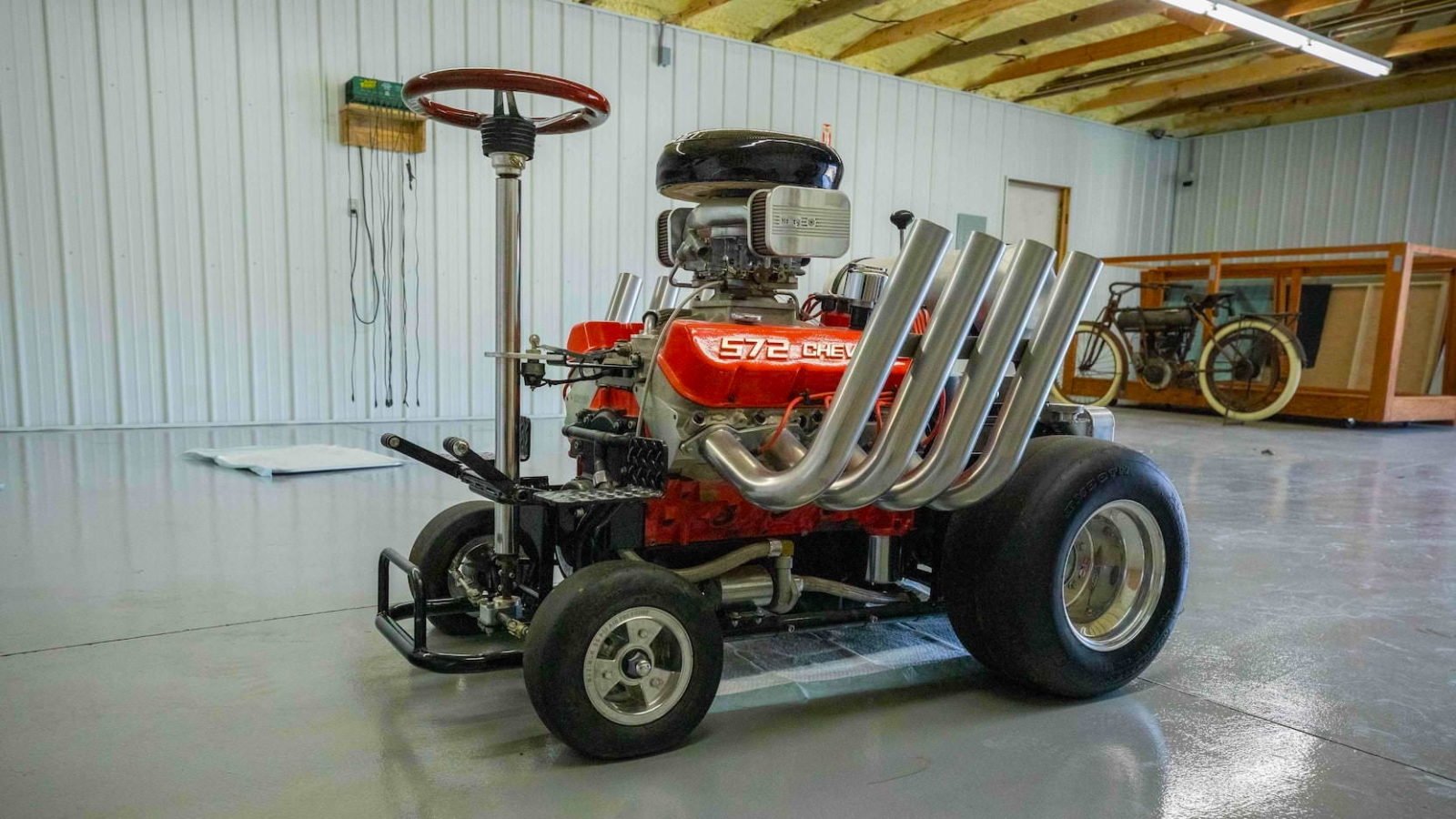 Exactly why anyone would want a barstool with similar power output figures as a 1980s-era Formula 1 car is unclear, but the fact that it has open headers means you won’t be able to hear the owner explain their reasoning anyway.

No one knows who it was that invented the barstool, it’s an innovation who’s creator has long been lost to the annals of history. 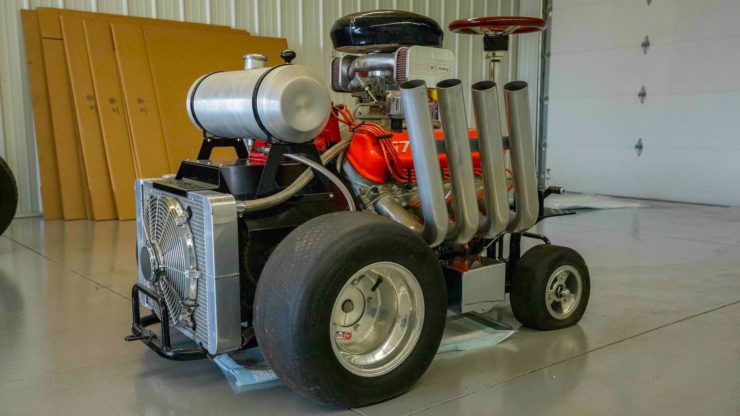 The fuel tank and radiator are mounted at the back, the driver sits on a padded stool atop the carburetor, with their feet at the front on either side of the steering column.

What we do know with reasonable certainty is that the Hoss Fly is the most powerful kit-built barstool in the world – with a power-to-weight ratio higher than any Formula 1 car in history.

Hoss Fly was founded in 2007 in the small town of Friedens in Pennsylvania, the town has a population of just over 1,500 people, some of whom spend their days building kits to turn American V8s into self-propelled barstools.

It’s not publicly known how many Hoss Fly barstool kits have been sold or how many have been completed, we only see them come up for sale infrequently and this is the first time we’ve seen one appear for sale with a big block engine fitted. 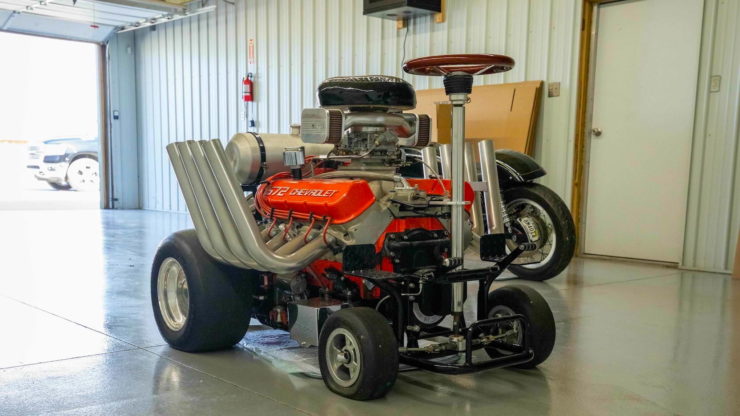 The ZZ572 Big Block V8 weighs approximately 580 lbs depending on final specification, combined with the Hoss Fly kit weight of ~200 lbs the total weight is ~780 lbs giving it a power-to-weight ratio of over 2,050 bhp per tonne.

Exactly how this much power can be made to work effectively in such a tiny, lightweight vehicle isn’t clear, though we do know that it has a top speed of 25 mph at 5,000 rpm.

The padded stool seat is mounted directly to the top of the carburetor just behind a small steering wheel, the driver then essentially sits on the engine with their feet on either side of the steering column.

At the back of the engine you’ll find the fuel tank, transmission, and radiator. The exhaust system is made up of individual open headers pointed up and back in a similar style to many drag racers, it’s clear that anyone within 100 yards would need to be wearing industrial ear protection to keep from going deaf.

But that’s probably half the fun.

If you’d like to read more about this Hoss Fly or register to bid you can click here to visit the listing on Mecum. It’s due to cross the auction block in late March and it’s being offered with no reserve. 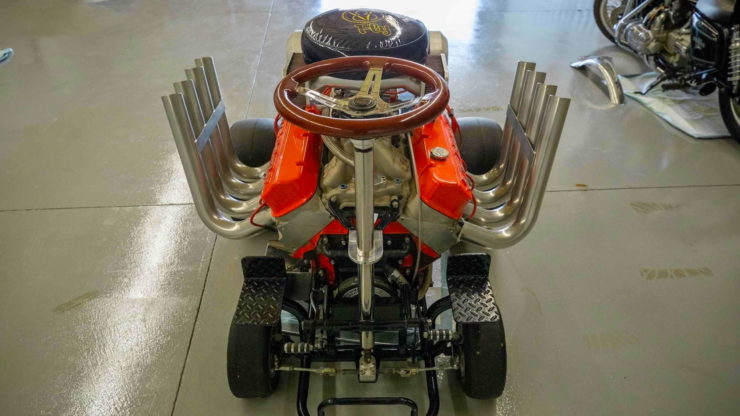 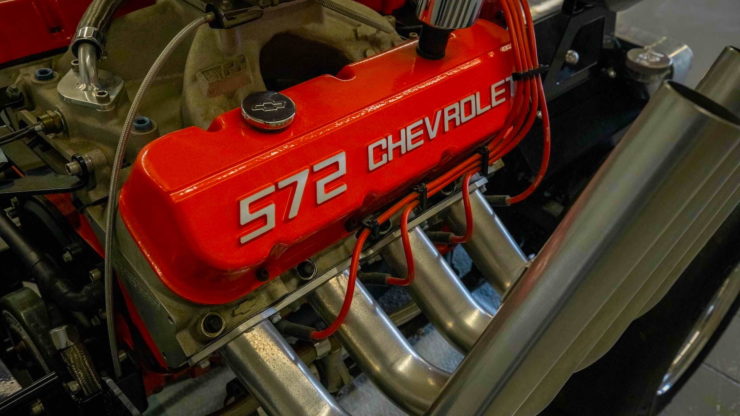 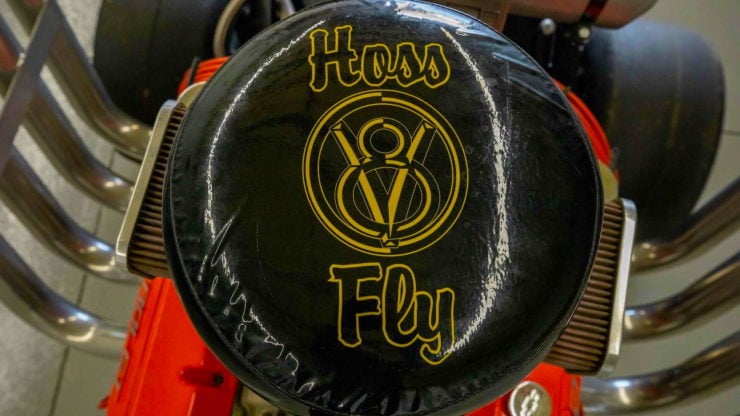 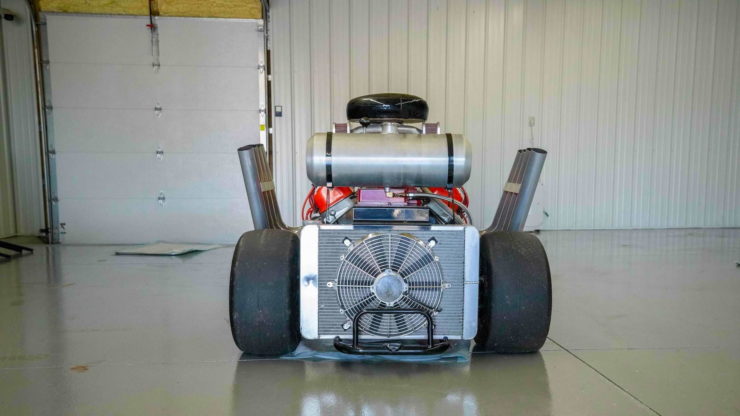