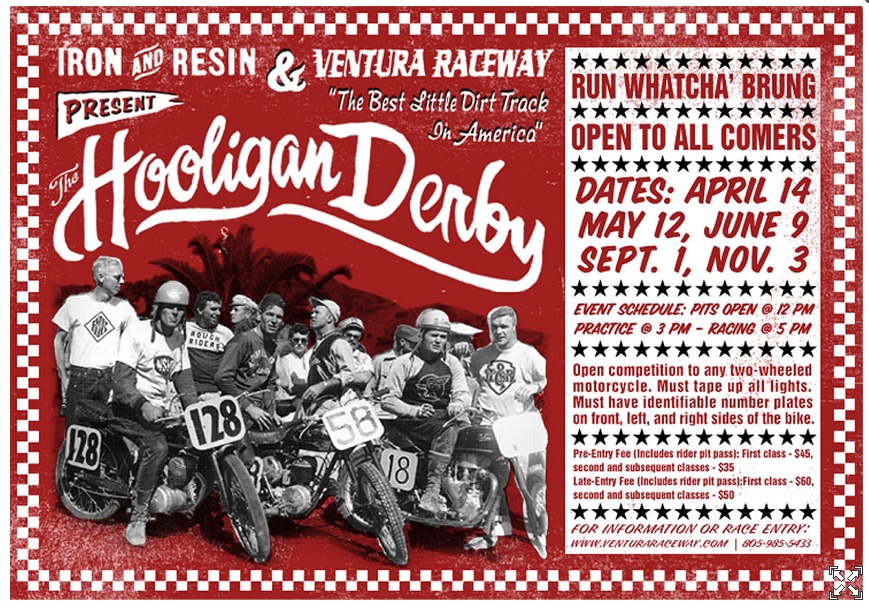 Iron & Resin have organised a series of races at the Ventura Raceway in California in April, May, June, September and November, the part that piqued my interest was the fact that the race is vehicle class: anything.

Essentially, you can turn up on anything from a 250cc 2-stroke to a Honda Goldwing and race against other, like minded folks on a huge variety of two-wheeled mud flingers.

Check out the Iron & Resin website here or head over to the Ventura Raceway website to enter for the races. 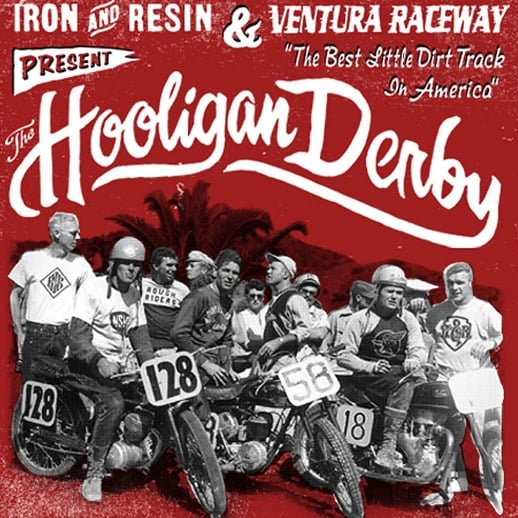