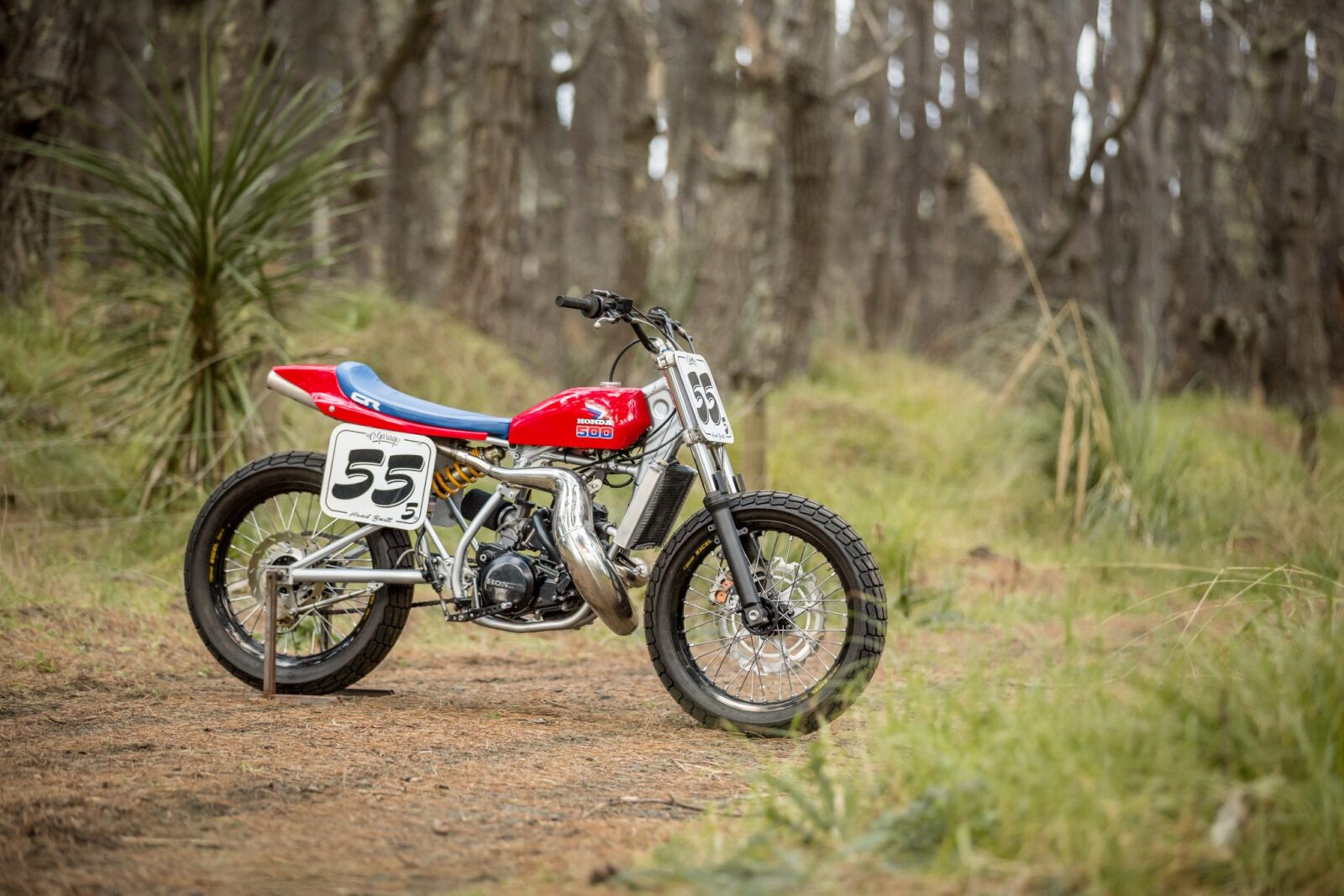 The Honda CR500 first appeared in 1984, it was the most powerful model in the legendary CR series of two-stroke motocross bikes, and its 55 hp engine only had to move a (dry) weight of 102 kilograms (225 lbs).

Honda’s first CR-badged bikes were the CR125 and CR250 released in 1973, both were was a revelation compared to the other two-strokes on offer at the time, and the CR125 had a sticker price of just $749. Both bikes sold in huge numbers and have become somewhat collectible nowadays – although it can be difficult to find examples that haven’t been thrashed to within an inch of their life.

Honda introduced their new “big” CR in 1981 – it had a 450cc air-cooled, single-cylinder engine and performance that dwarfed its smaller siblings. In ’82 the engine size increased to 480cc, and in ’84 it went up again to 491cc – marking the arrival of the CR500.

The Honda CR500 would stay in production from 1984 till 2001, and from 1985 onwards it would be water-cooled in place of the original air-cooling. New riders needed to learn to be experts at throttle management – the two-stroke had a wealth of power but a narrow band, and more than one CR500 was launched down the road with no one at the controls after the rider fell off the back.

The custom CR500 you see here is the work of New Zealander Adam Hedges – a relative newcomer to the world of custom motorcycles. Before being bitten by the two-wheeled bug Adam was one of the pre-emminent drift car racers and builders in NZ, and the founder of C’s Garage.

The build started with an original 1985 CR500 that had been freshly imported from southern California. It was disassembled, and all parts other than the frame and engine were placed on the scrap heap. Adam’s goal was to build what Honda might have built – if they had ever chosen to produce an official factory CR500 flat tracker.

A set of forks from a 2004 Yamaha R6 were fitted up front with a monoshock pulled from a Ducati. A new chromoly swingarm was built in-house for the bike, and the original rear drum was tossed in favour of a Brembo disc brake that had also been scavenged from a Ducati. The Brembo caliper used up front was sourced from a KTM, a new set of Excel rims were laced up front and back, then fitted with Maxxis DTR-1 tires.

A new subframe needed to be welded up to accommodate the new flat tracker seat, and a classically-styled tracker fuel tank was fitted above the engine. The completed bike could easily be mistaken for a factory-spec racing bike, and it’s merely the beginning – Adam is now at work on two CR250s and a CRF250.

Adam’s other venture is Earnest, a company based in New Zealand that specialises in making workshop wear, and they take pride in developing their products in New Zealand. If you’d like to see more you can click here to visit their website. 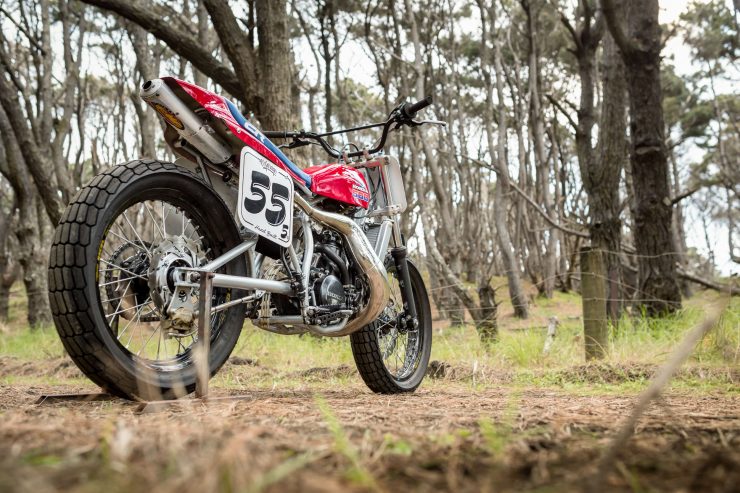 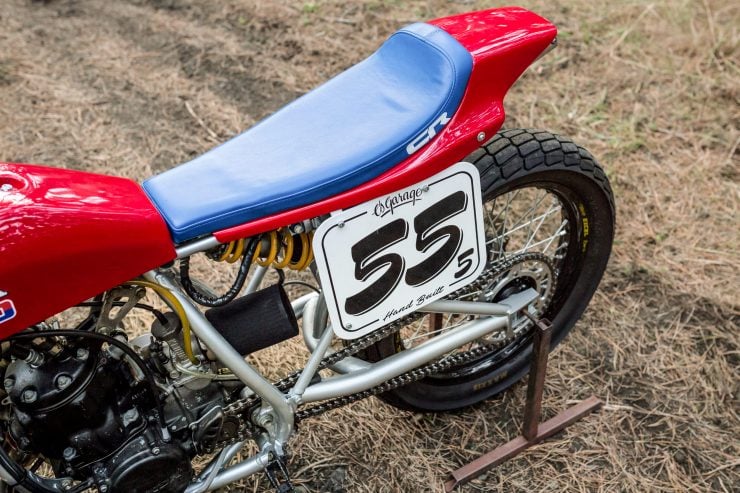 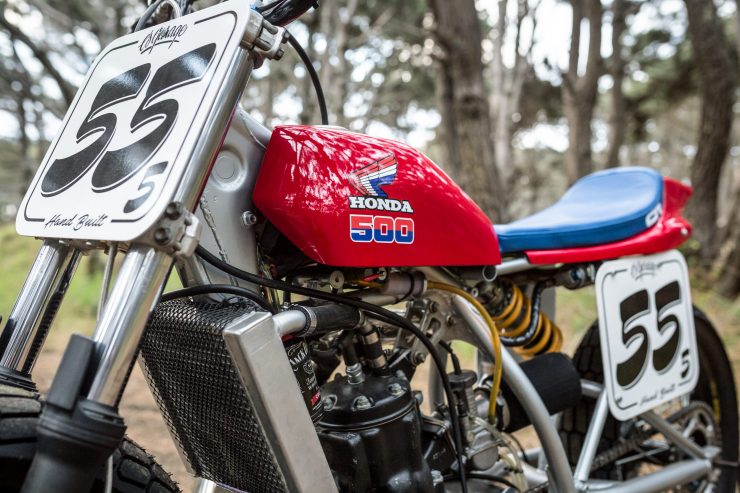 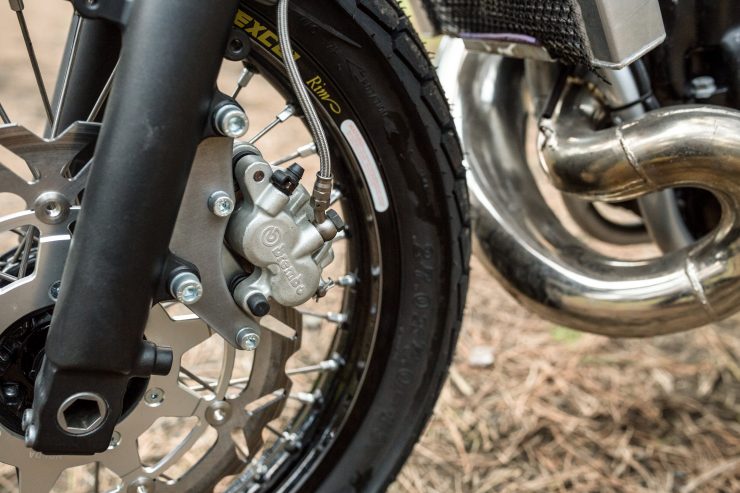 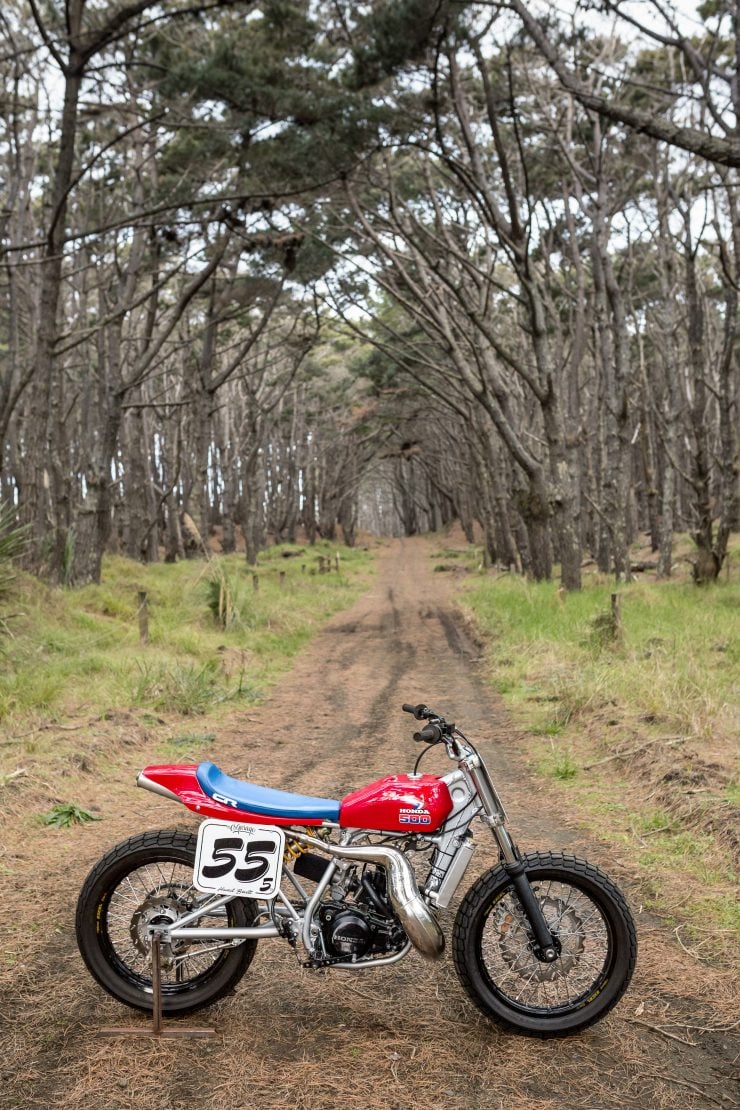 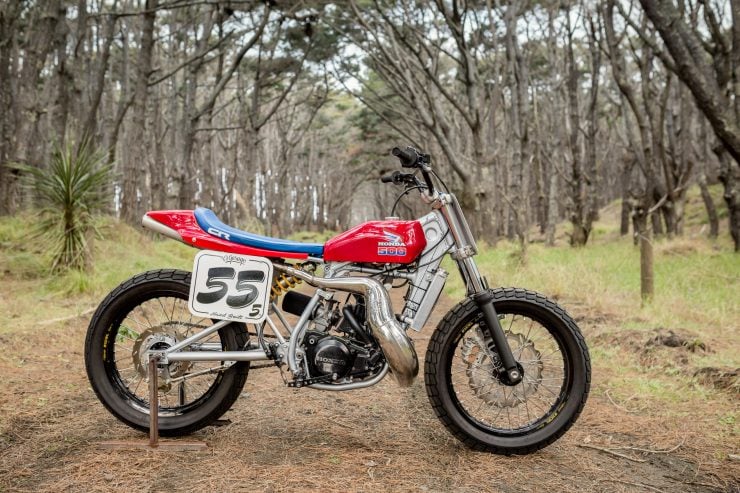 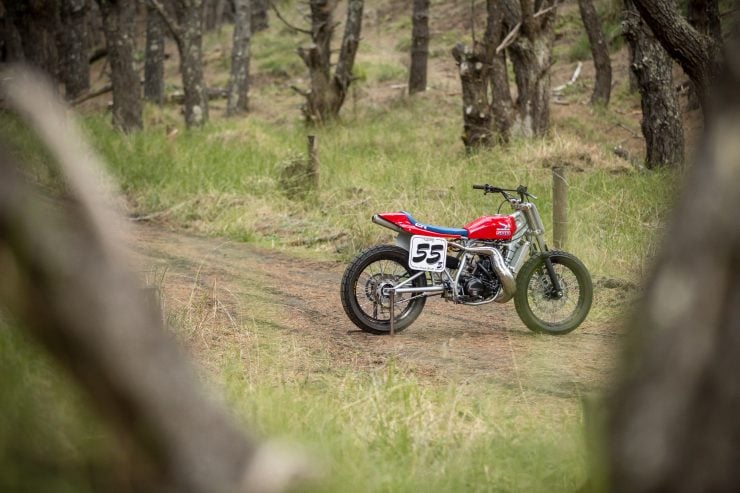 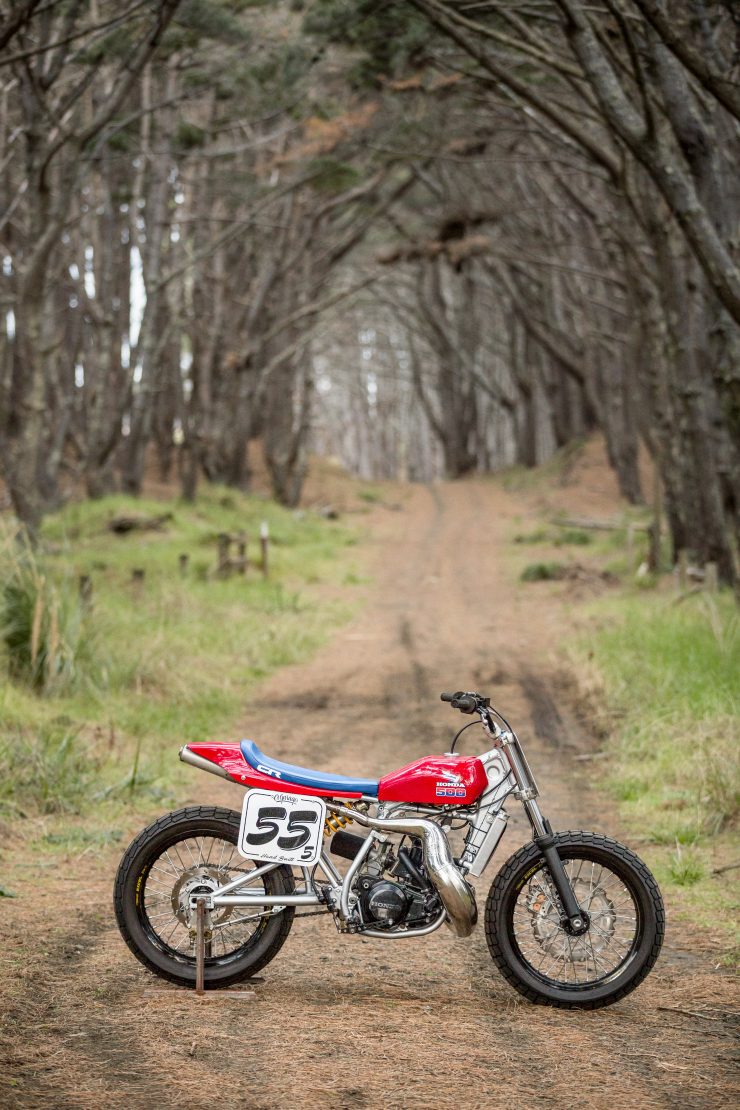 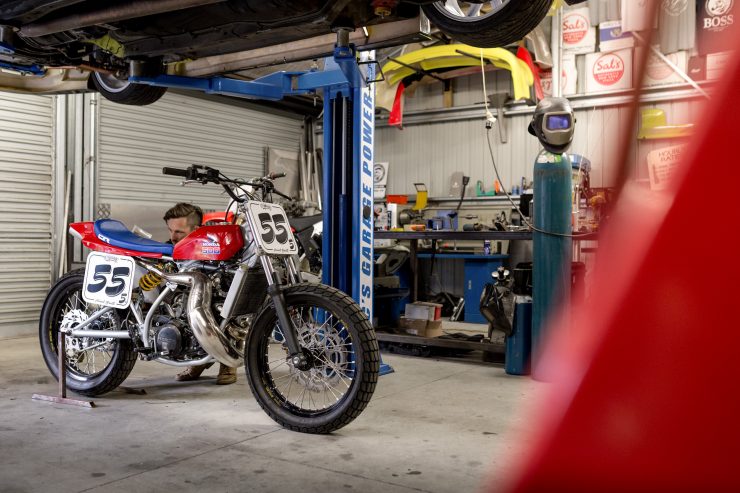 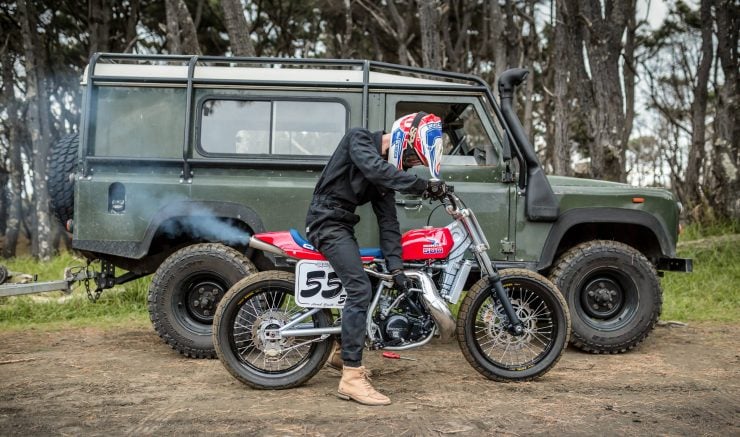 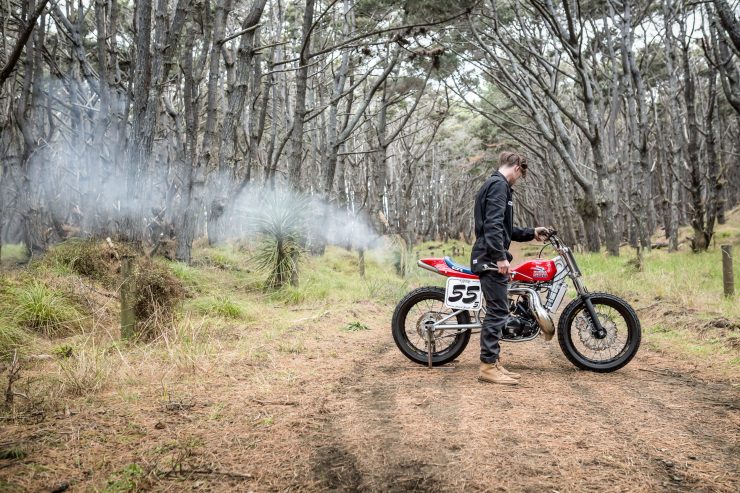