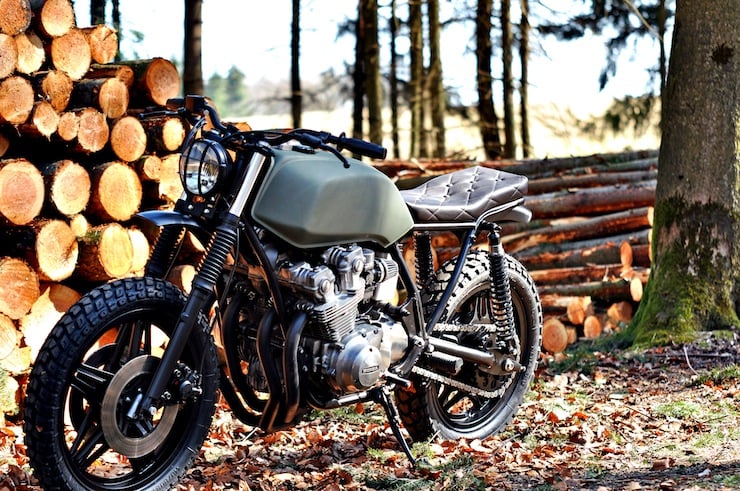 I have this hope that as the cafe racer craze begins to abate we’ll see a surge of other interesting retro-custom motorcycles, like scramblers for example. On the face of it they share a lot with cafe racers, both are stripped back to reduce weight, both typically have air-cooled engines, both came to popularity in the ’60s and both make me want to sell important possessions so I can afford them.

This scrambler is a hybrid of sorts, it lacks the classic high-exit exhaust pipes common on most bikes in the genre but does have the wide, enduro style handlebars, chunky tires, high front and rear fender, headlight guard, elevated rear suspension and an almost military look thanks to the mate-green paint work on the fuel tank. 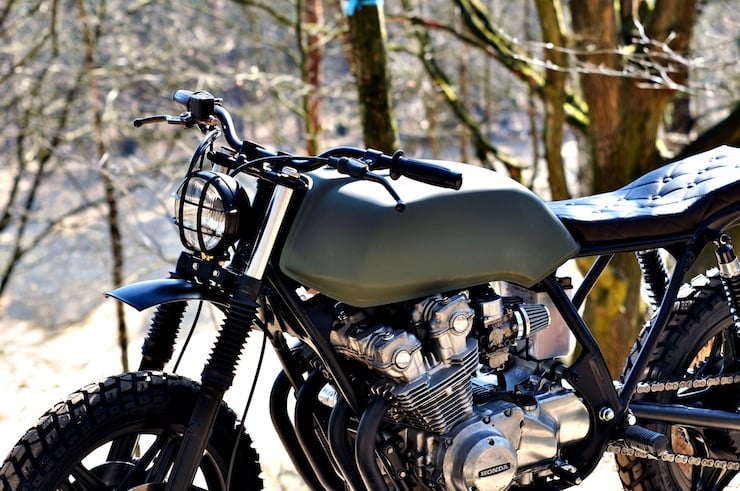 The bike started life as a 1982 Honda CB750 before Richard and Lex at Left Hand Cycles got their hands on it and set about creating the rather unique bike you see above and below. Left Hand Cycles is based in the Netherlands and tends to focus on motorbikes from the ’60s and ’70s, their previous work has included a Yamaha XS650 and a beautiful old air-cooled Moto Guzzi.

The CB750 Enduro/Scrambler is sitting on a chunky pair of Heidenau K60 tires, it’s been fitted with carburettor mounted air-filters and a straight-through exhaust, so this probably isn’t the ideal vehicle for deer stalking. But it would be ideal for tearing through the forest and scaring the dragons.

If you’re a fan of clean, simple motorcycles you might want to hit the link and visit LHC Motorcycles. 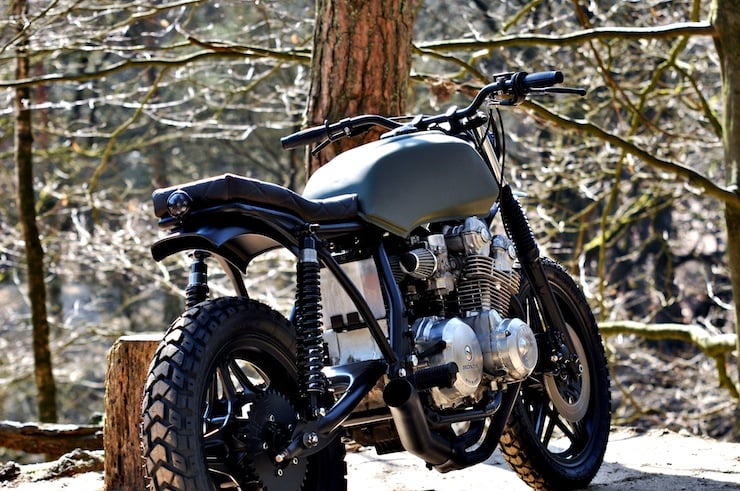 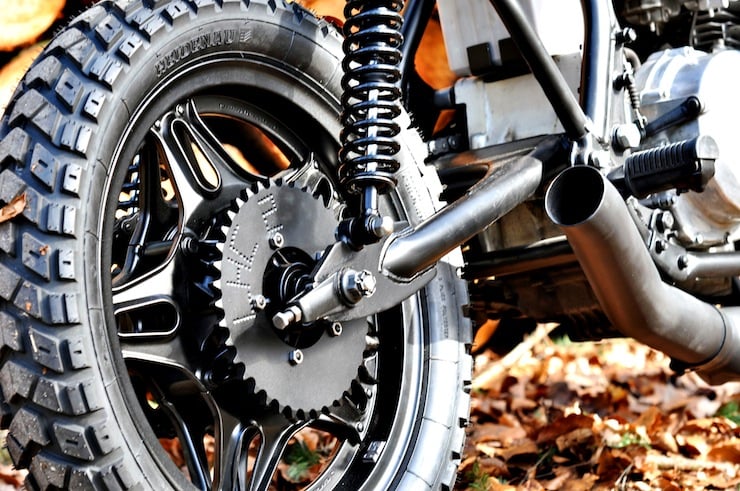 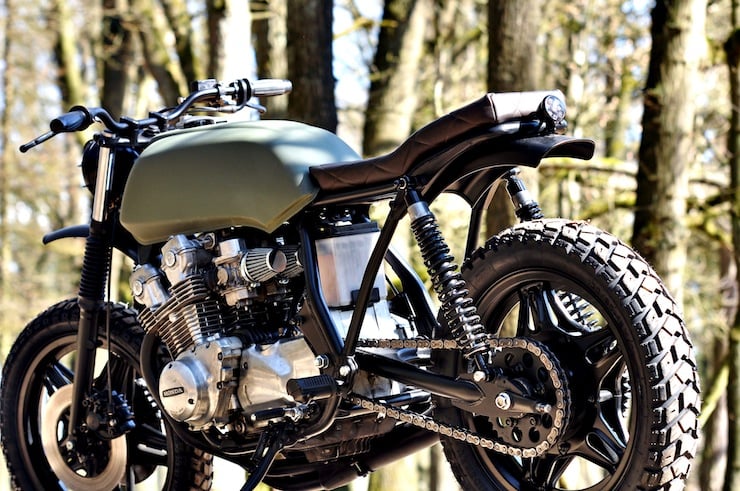