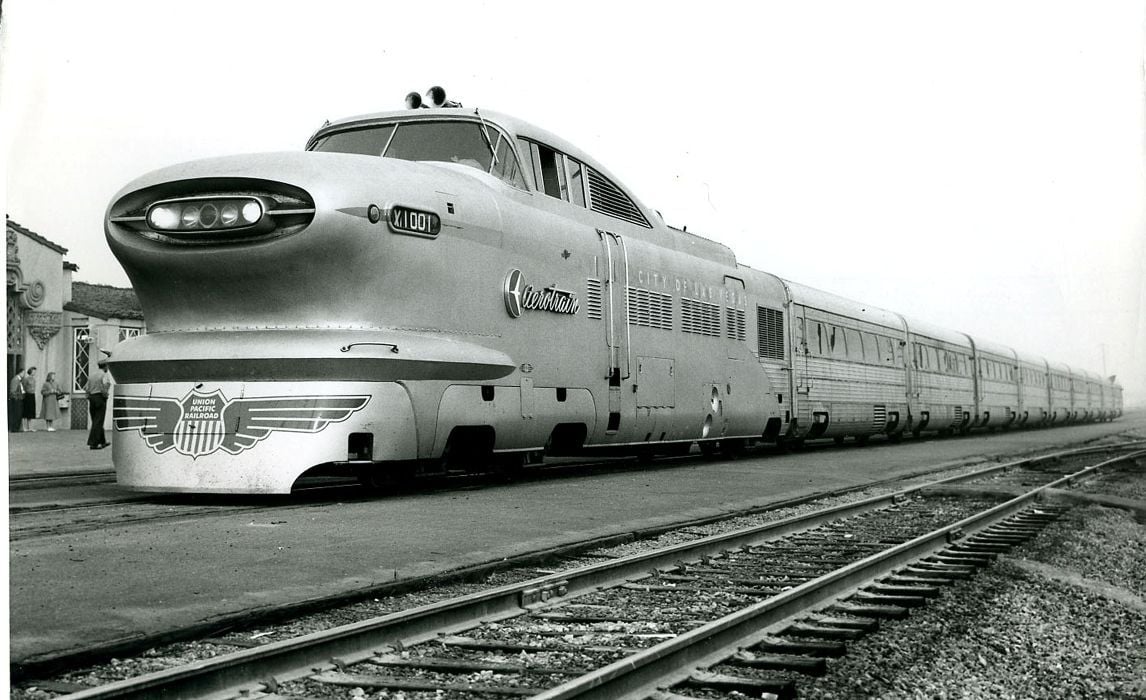 The General Motors Aerotrain was an experimental direction taken by GM in the mid-1950’s, it was designed by legendary car-man Chuck Jordan, the classic 50’s American car influence is clearly apparent in its conceptualisation from tip to tail.

The engine was attached to a series of GM built 40-seat intercity bus coach bodies that had been modified to run on an air-suspension system, the ride quality was infamous for being a little on the rough side and sadly the Aerotrain remained a sole unit, destined to be a curiosity in GM’s long and varied history. 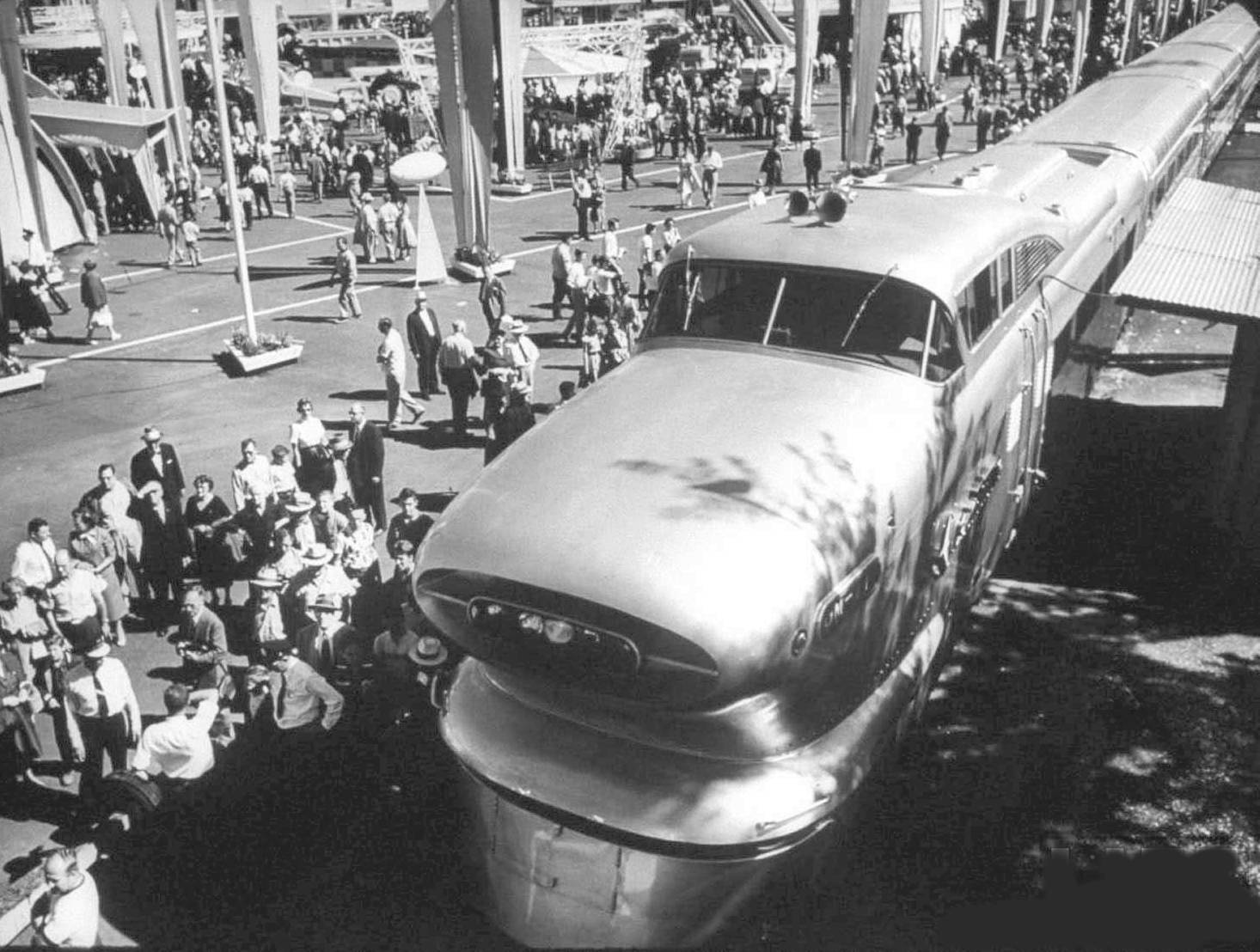 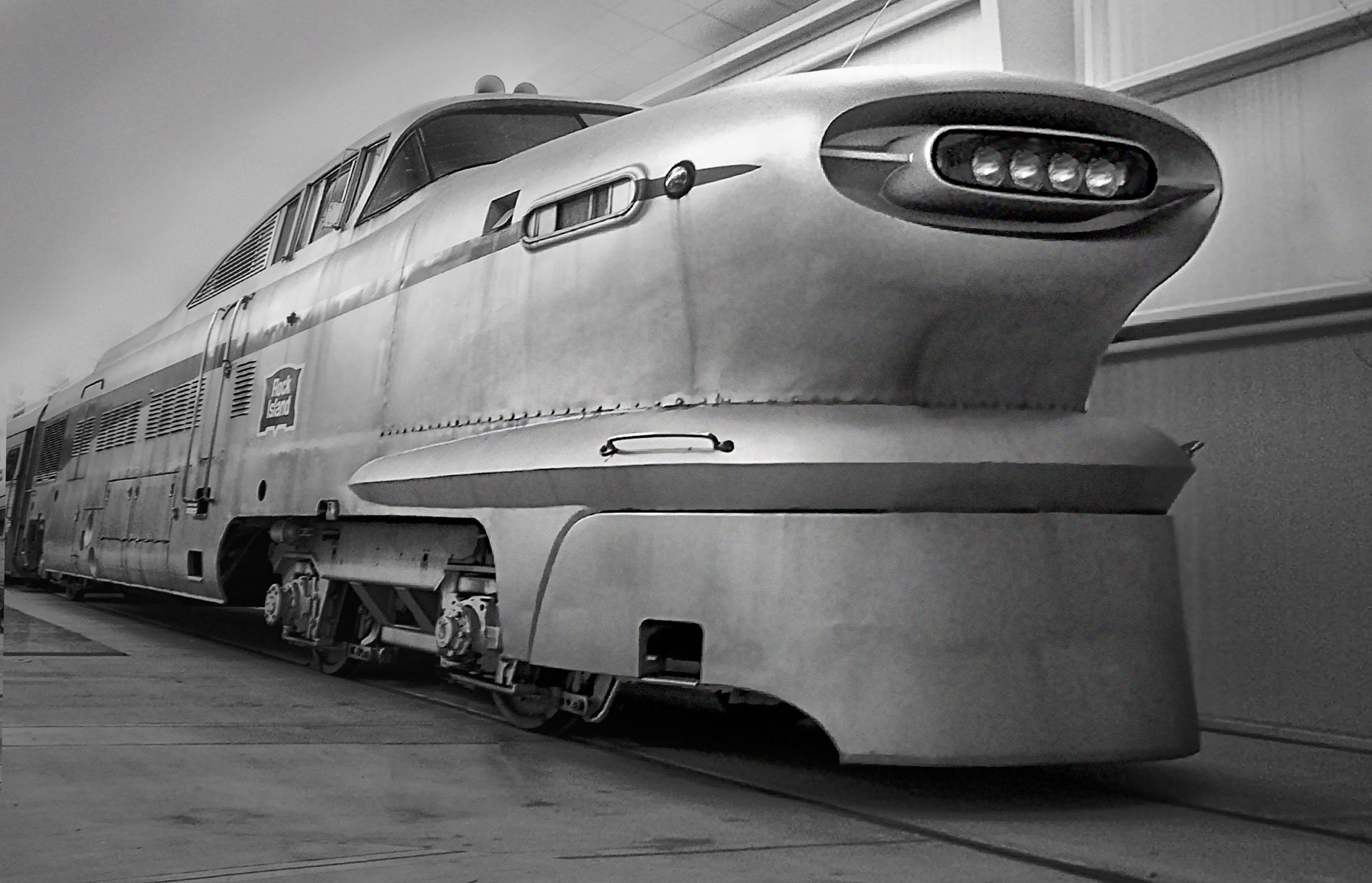 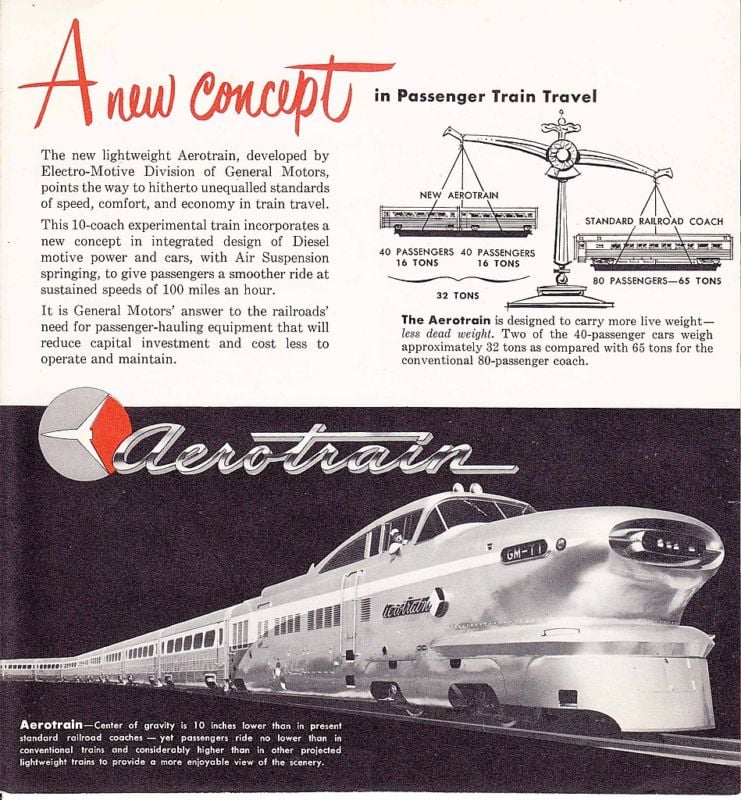 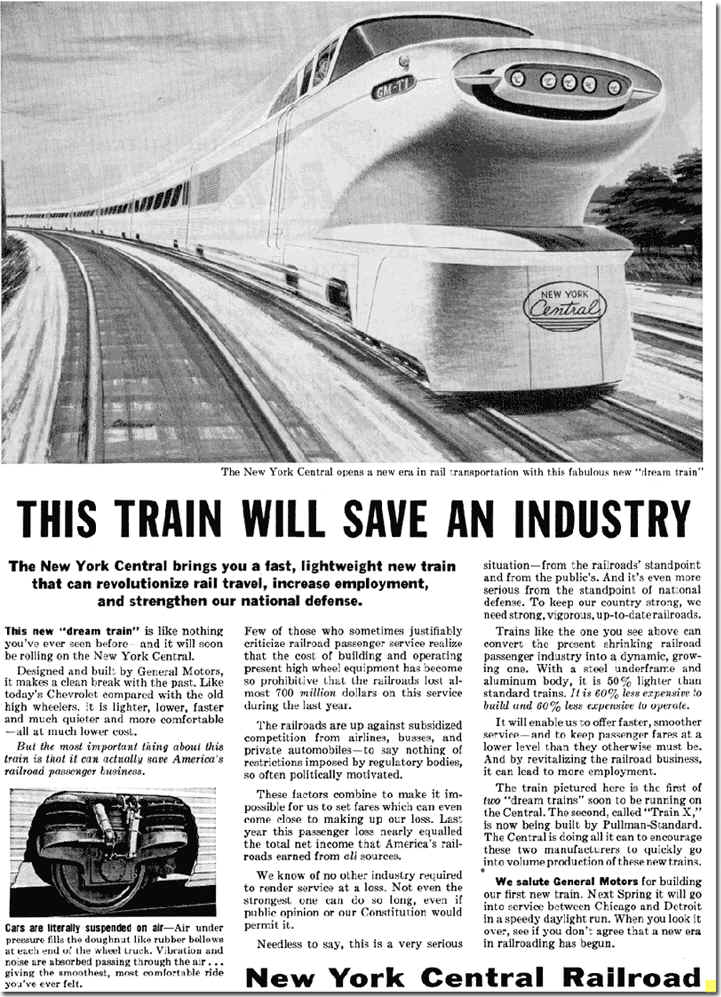 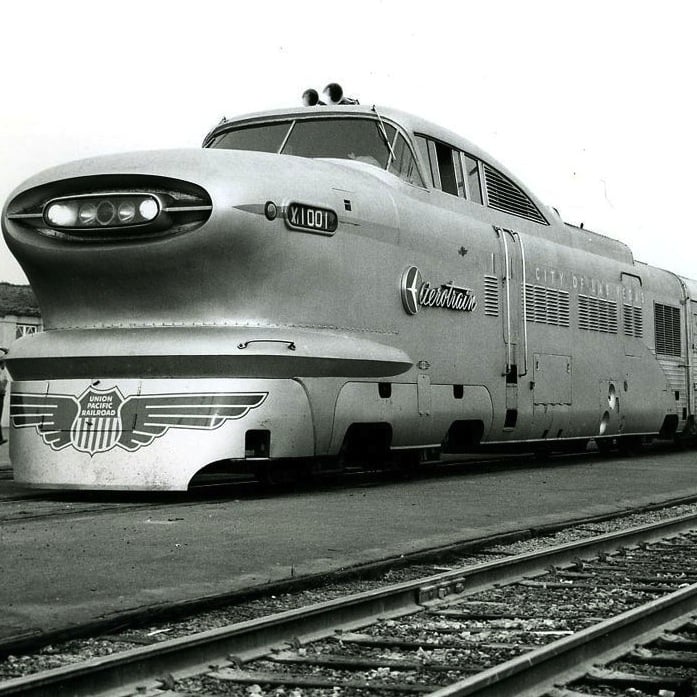