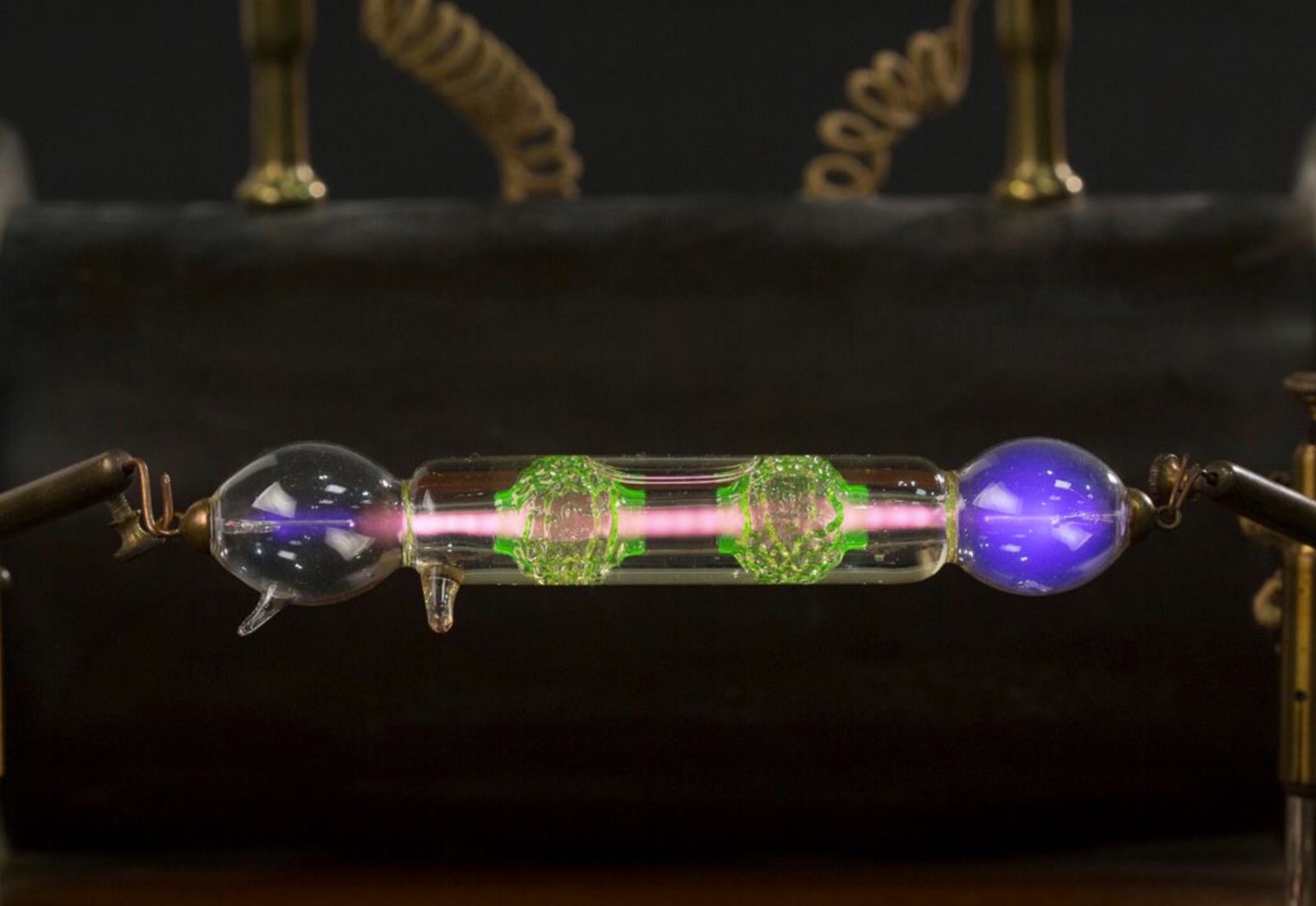 Michel Siméon was a dedicated French antique collector with a particular fascination for early scientific and electrical contraptions – among them a marvelous array of Geissler Tubes.

He collected over 3,500 pieces over the course of his life and now after his passing the collection is being offered publically for the first time.

What Is A Geissler Tube?

A Geissler Tube is an early version of what we would today call neon lighting. To cut the long definition short, the Geissler Tube is a gas discharge tube that has high voltage applied at each end, passing through the gas contained within the glass tube.

The tube can be filled with any number of gasses, including argon, air, mercury vapor, or neon. The high voltage charge passing through the gas would dissociate electrons from the gas molecules, this creates ions.

When the electrons then recombine with the newly created ions it emits light. Each gas gives off different colored light – back in the Victorian era it must have all seemed a lot like magic. 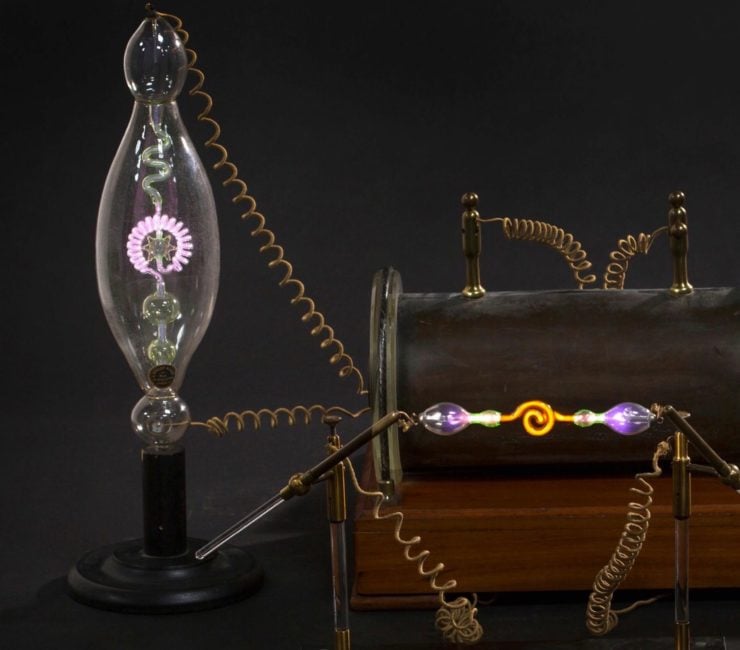 There are many different kinds of Geissler Tubes but they all have fundamentally the same layout – there’s a glass tube filled with gas and high voltage electrodes at each end passing current through the gas.

Michel Siméon enjoyed a comfortable retirement that he largely dedicated to hunting for scientific antiques. He had a long career an an insurance executive which had left him well-heeled enough to practically fill his large home in Lyon with his fascinations.

After his passing the experts at the Aguttes auction house were called in to help document the thousands of pieces, and to help the family offer them as a series of collections to interested parties.  It’s one of the largest private collections of this type in the world.

The Geissler Tubes shown below are all currently for sale through Aguttes, we have added the (brief) official description for each one underneath it, as well as the direct link to the listing should you be interested in placing a bid. 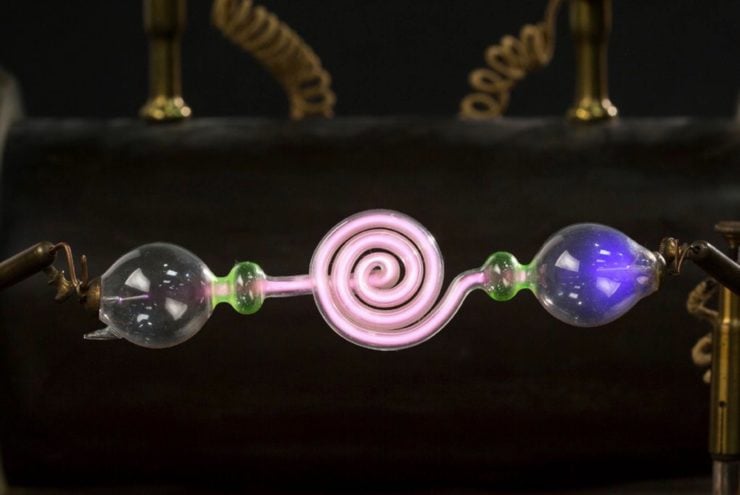 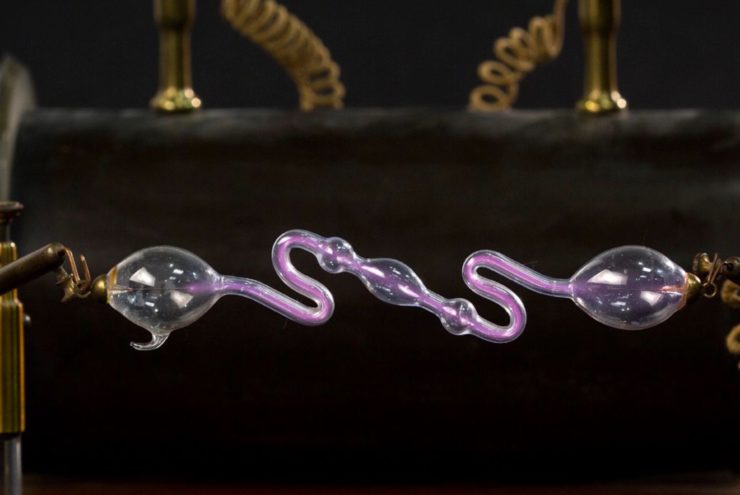 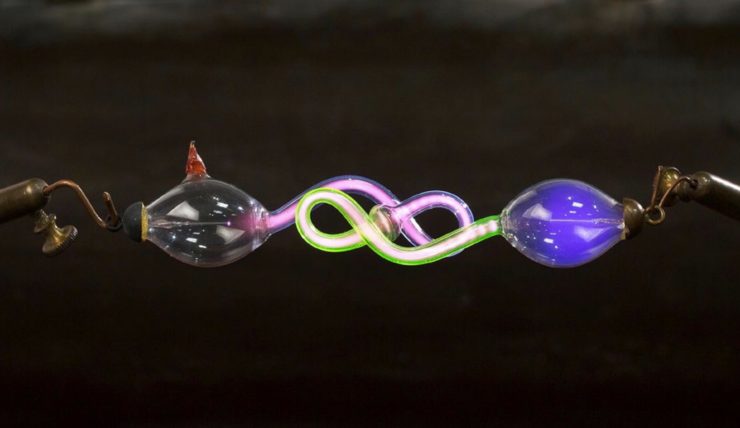 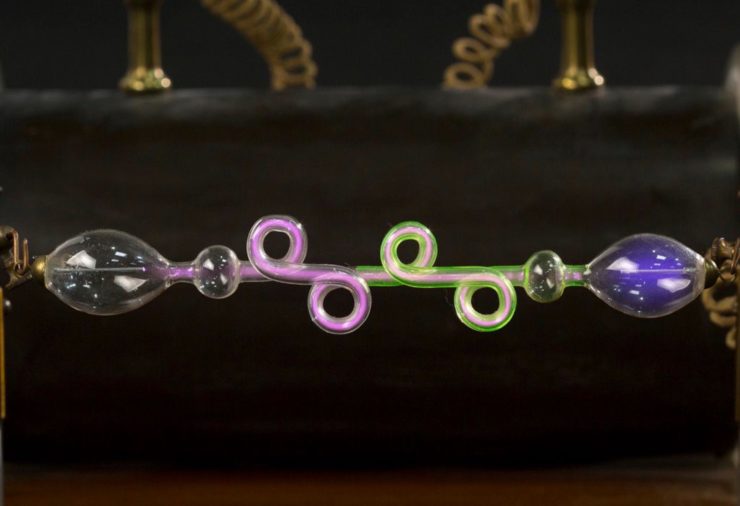 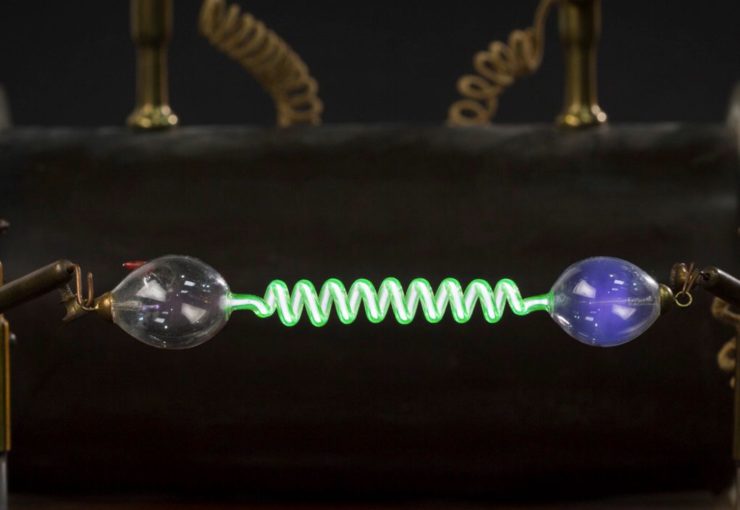 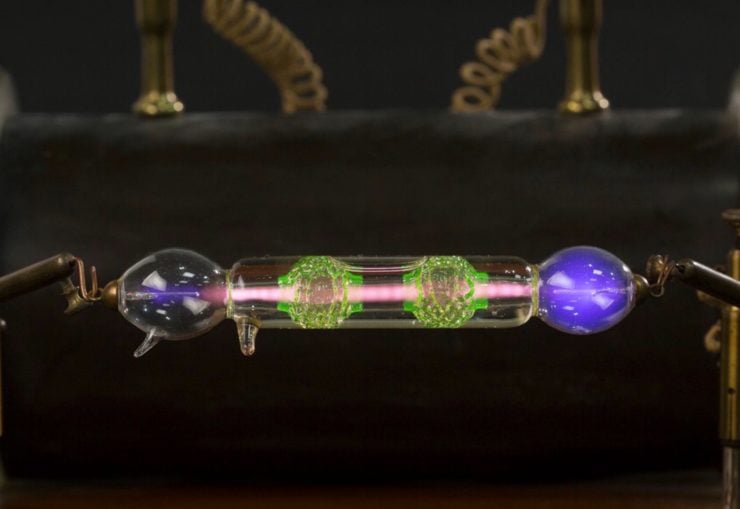 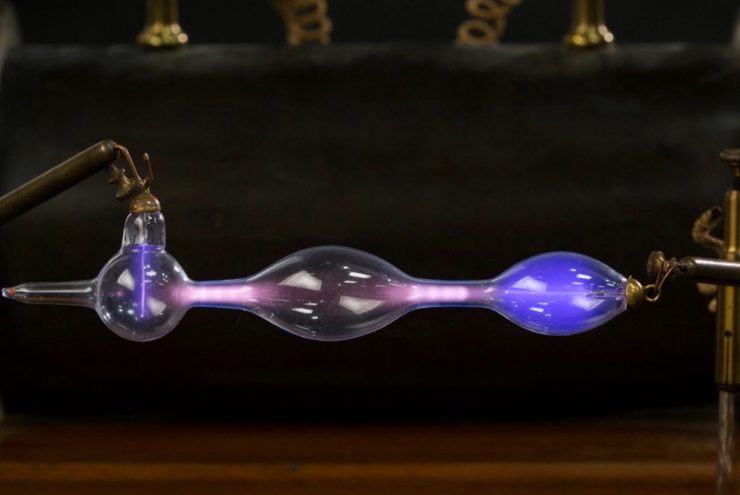 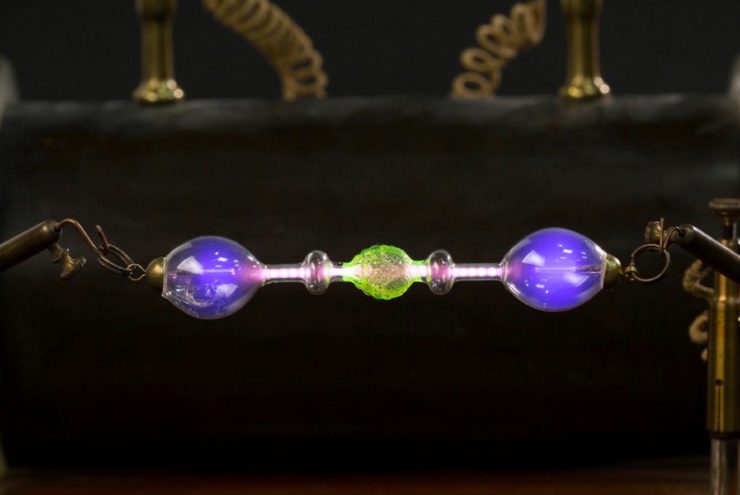 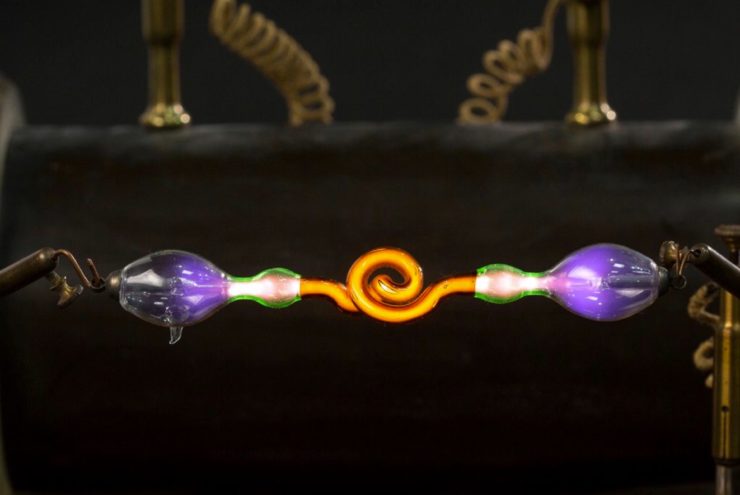