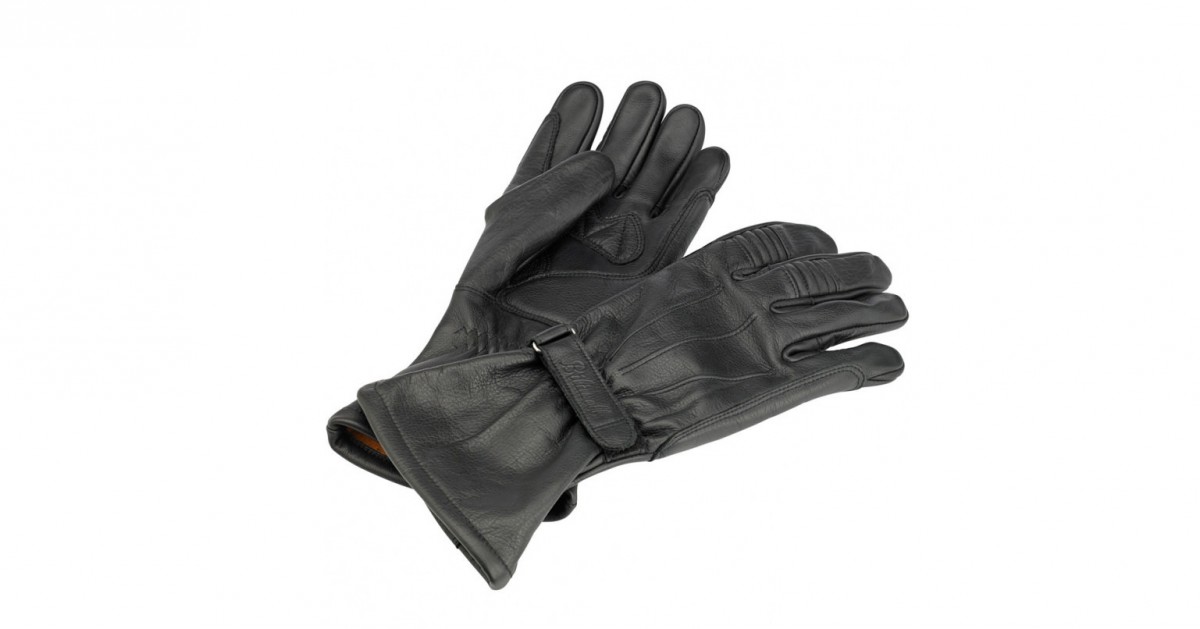 The Biltwell Gauntlet is a full-featured motorcycle glove designed for 3-season riding by people who want to make absolutely certain that no little critters get trapped up their sleeves. You’d think this is the sort of thing that never really happens but sadly it does, it’s happened to me twice and most motorcyclists will have a story or two about a stinging insect getting wedged up their sleeve at 60mph. It’s the sort of event that shows you just what kind of man you are, and the results are often unpleasant.

Other than winged flying insects, gauntlet gloves protect against getting rainwater and other undesirable non-sentient material up your arms – which on long distance rides is absolutely essential. The Biltwell Gauntlet is 100% made from heavy-duty cowhide, it has contoured palm panels with internal padding, a 9 oz. fleece tricot liner and leather D-ring wrist straps with Velcro fasteners to ensure they stay firmly attached no matter what. 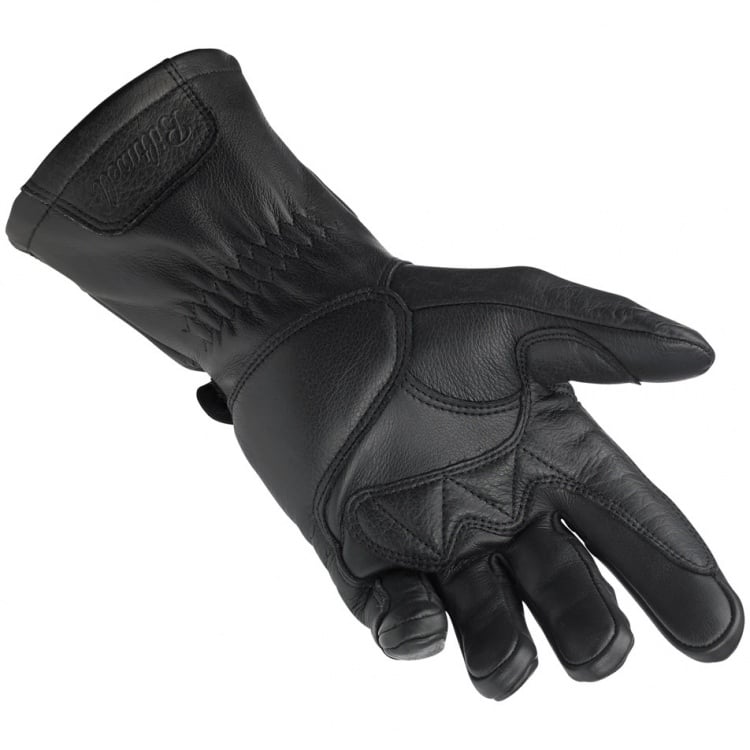 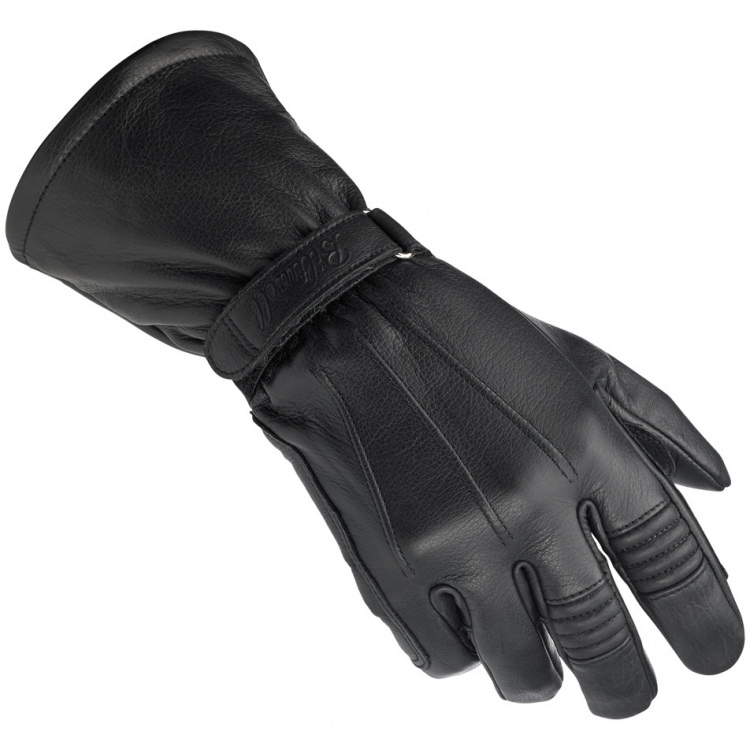 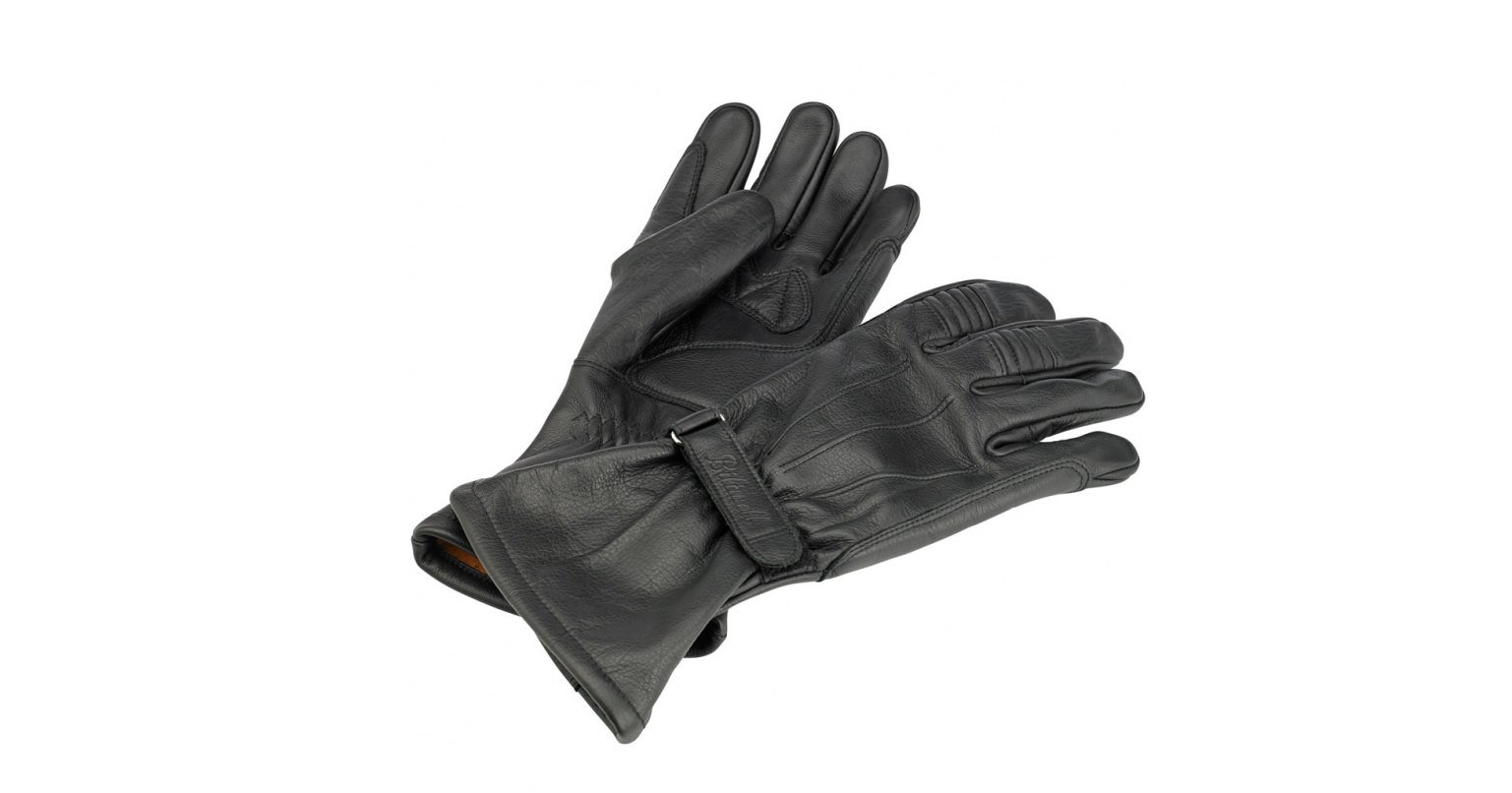