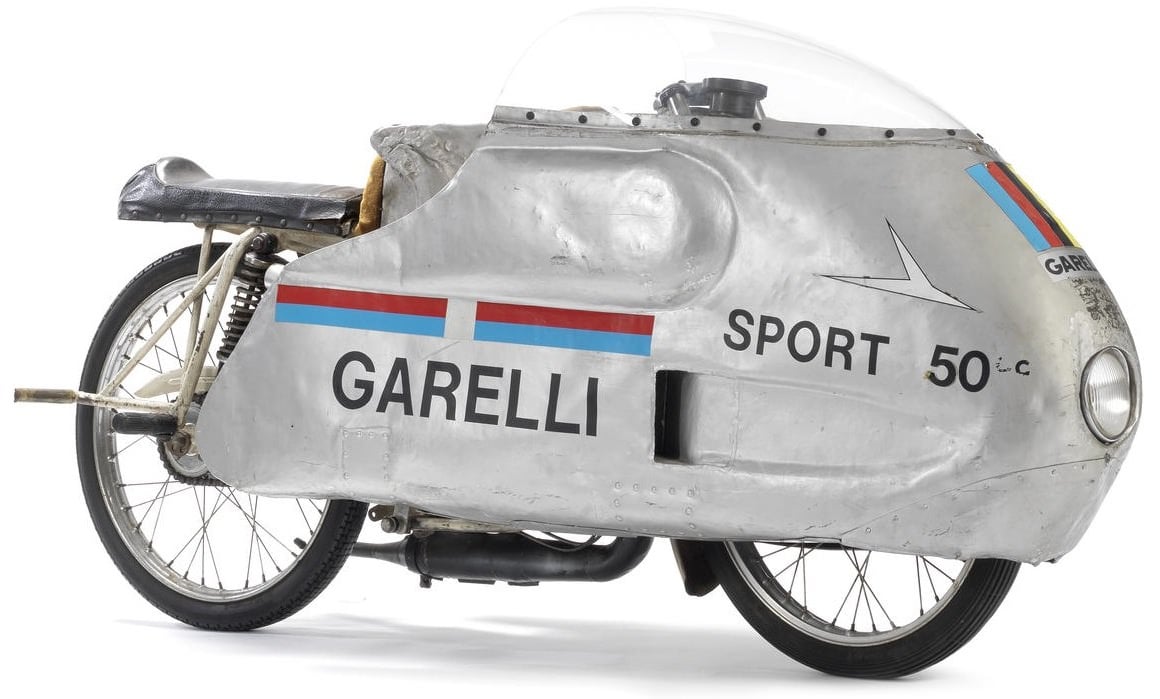 Dustbin fairings, like the example used on this 1963 Garelli 50cc record breaker, make me very happy. This Garelli was built in November 1963, 2 of the bikes were built and specially prepared by Italian engineer William Soncini, the engines were running on ethanol-alcohol fuel, they were equipped with large-capacity gas tanks and that brilliant, hand-beaten dustbin. 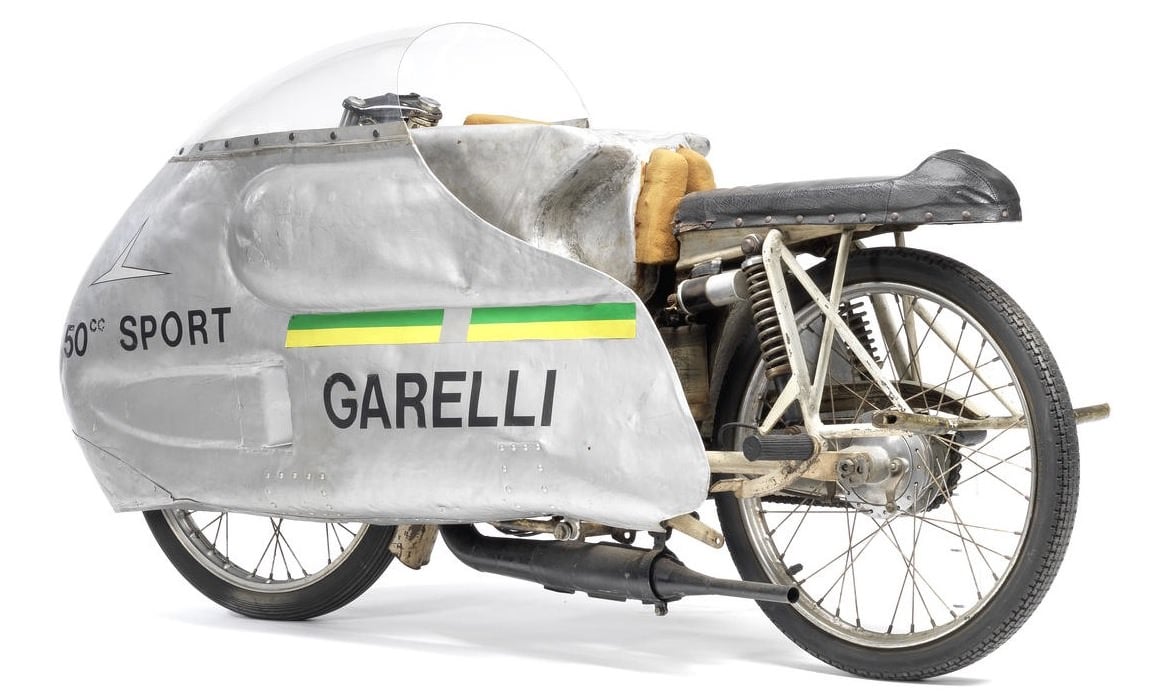 The riders were Gianemilio Marchesani, Luigi Pastori, Robert Patrignani, Giulio Parnigotti, Luciano Spinello and GianPiero ‘Zubani’. In order to wring every last ounce of speed from the 50cc machines, a second set of footrests was fitted on brackets extending back towards the rear wheel, enabling the riders to obtain a lower, more aerodynamic riding position.

With an estimated value of $67,000 – $100,000 this bike is heading for the Bonhams Les Grandes Marques du Monde au Grand Palais Auction on the 7th of February, if you’d like to see the official lot listing, you’ll find it here. 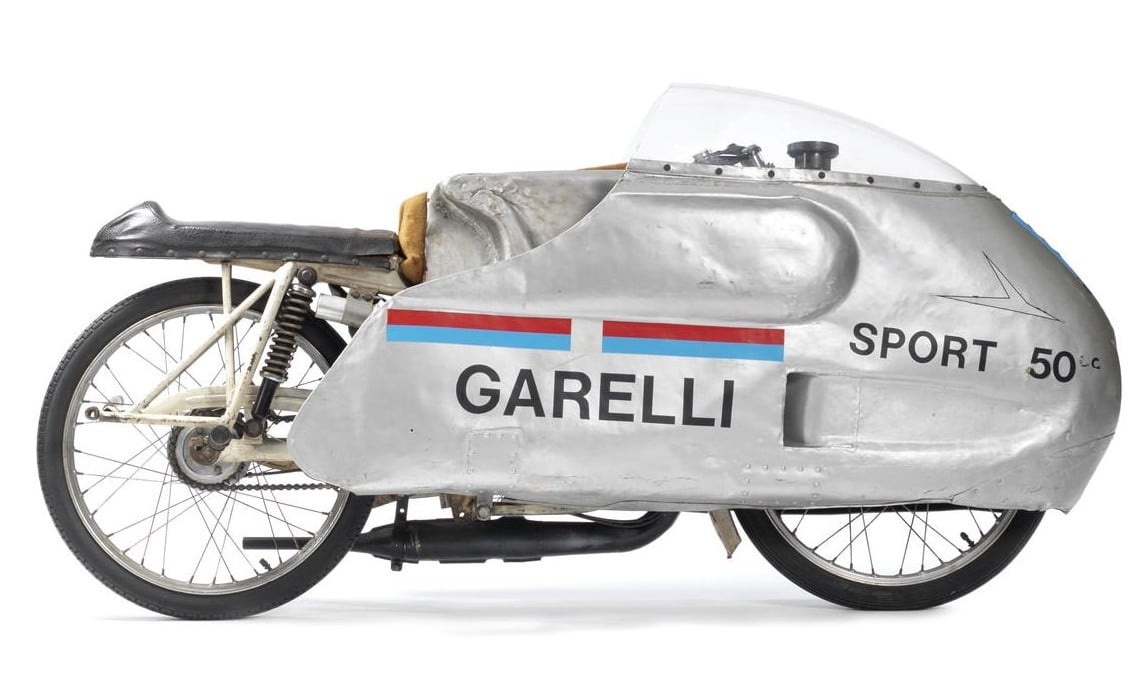 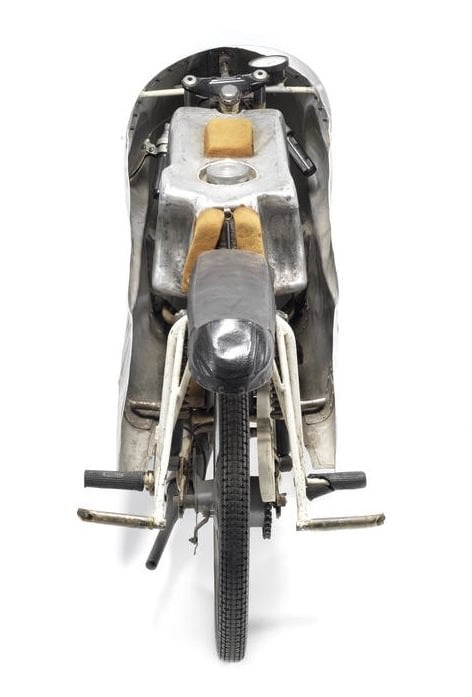 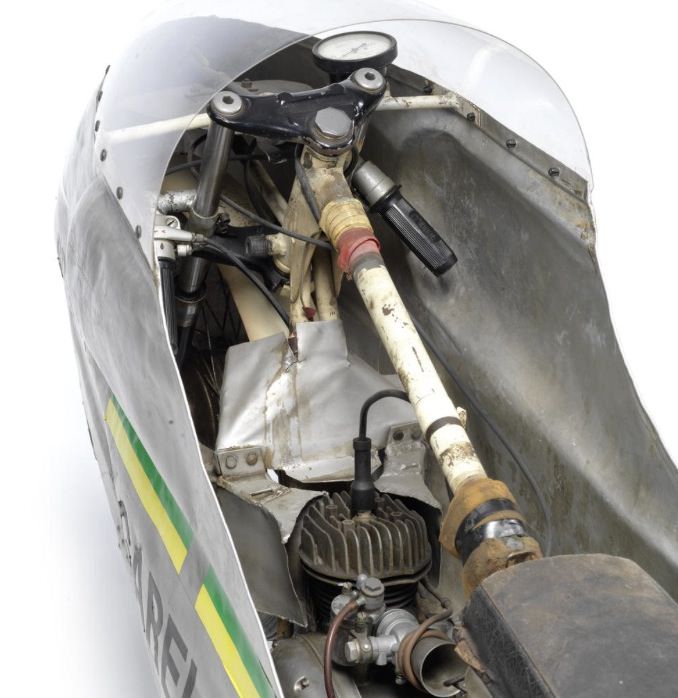 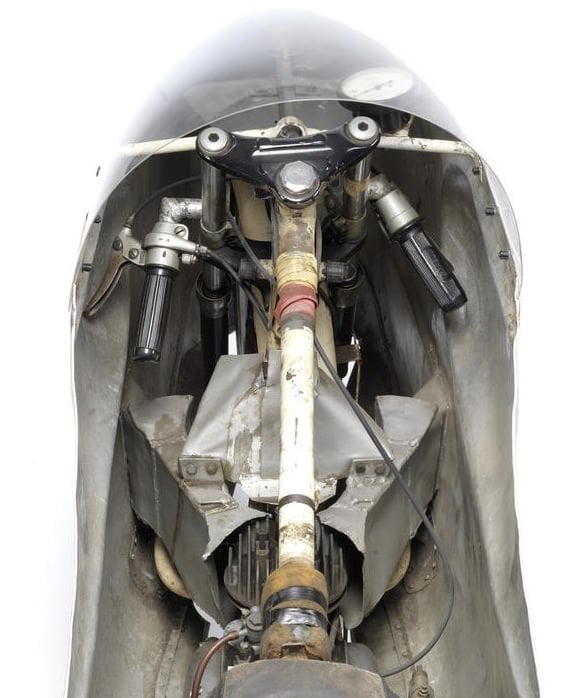