This Is The Garage de Félix “Fusky” 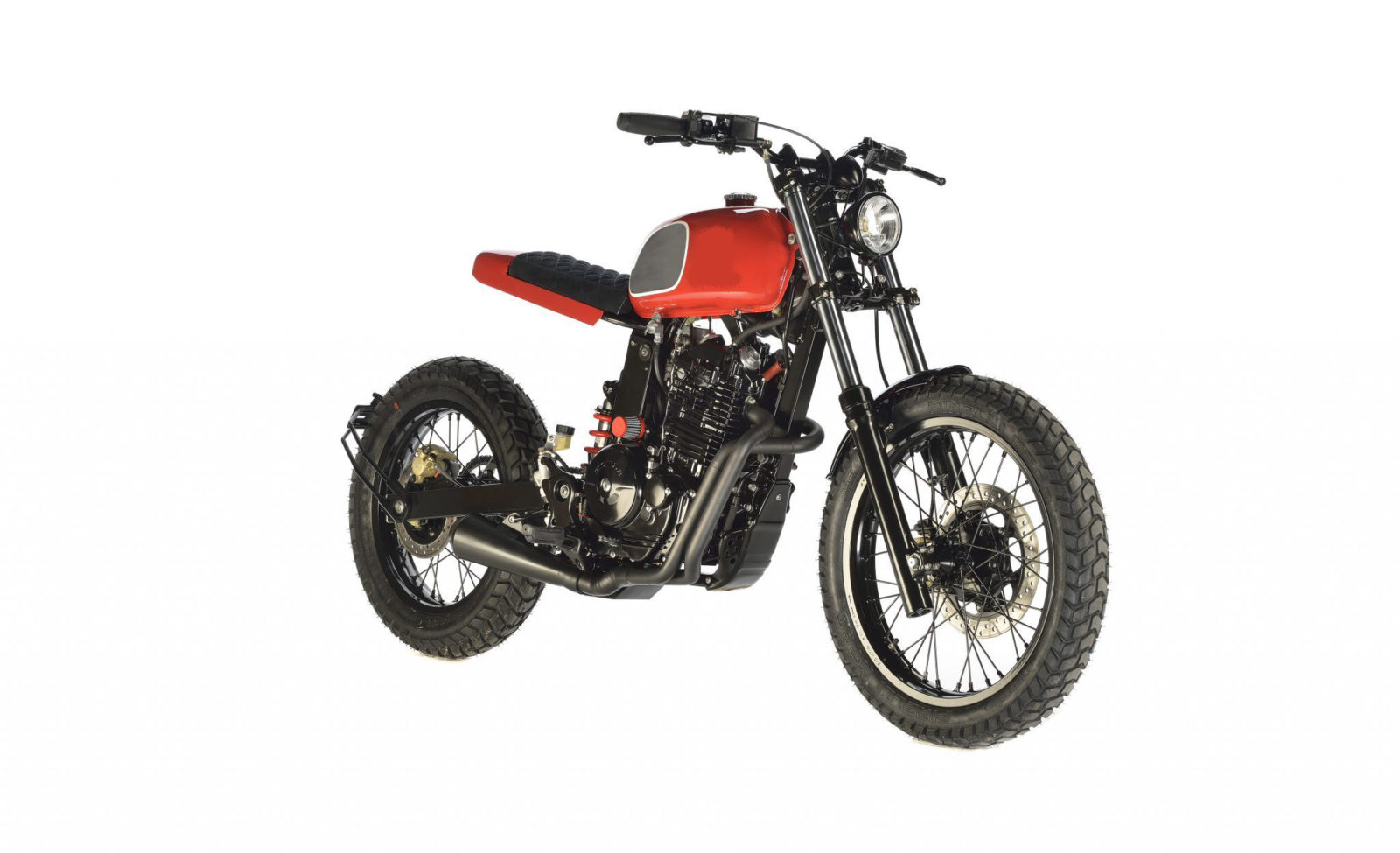 The Fusky is a custom build designed to showcase what the iconic Husqvarnas of the ’60s and ’70s might have looked, if they’d been designed in the modern day. The team at Garage de Félix take great pride in doing things differently, oftentimes very differently, and the Fusky is instantly recognisable as one of their builds.

Antoine and Patrick of Garage de Félix chose to use a 2001 Honda FX 650 Vigor as the base for their heretical build, and as with all of their projects it started with a full teardown and an engine rebuild. The simplicity of the original Husqvarnas meant that a lot of the original FX 650 needed to be discarded, including the fuel tank, seat, exhaust, fenders, and instruments.

Once stripped the frame was de-tabbed and the rear sub-frame was cut off – to make way for a new seat support that gives the seat the look of almost levitating above the rear wheel. The new seat was fabricated in-house with a low profile Alcantara upholstered seat, and painted to match the Husqvarna fuel tank.

By far the best element of the Honda FX 650 is its engine – a single-cylinder 644cc unit with a SOHC and Honda’s unusual RFVC (Radial Four Valve Combustion Chamber) head, with its hemispherical combustion chamber and well documented torque characteristics.

The original fenders were replaced with a low profile unit up front and a fender delete on the rear end, and a new license plate bracket was designed and mounted off the swing arm. A new freer-slowing exhaust was fitted and paired with a pod filter on the single carburettor, the engine now produces noticeably more than its original 39 hp and 40 lbf.ft of torque.

The original wiring loom was replaced with a new bespoke unit making good use of Motogadget elements, and a new much smaller headlight was fitted just below the new speedometer. The completed bike is an interesting custom that could only have been built by Antoine and Patrick – it won’t be to everyone’s taste but it certainly looks like it’d be a blast to ride.

Editor’s Note: The original name of this bike has been removed and replaced after we received a legal complaint from Husqvarna. 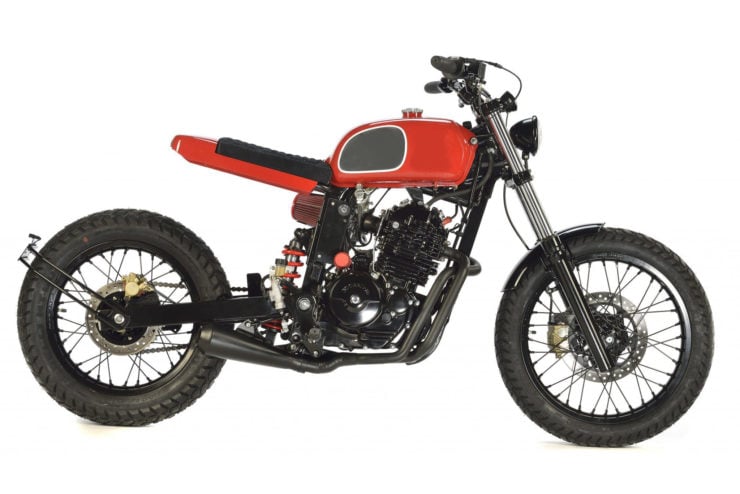 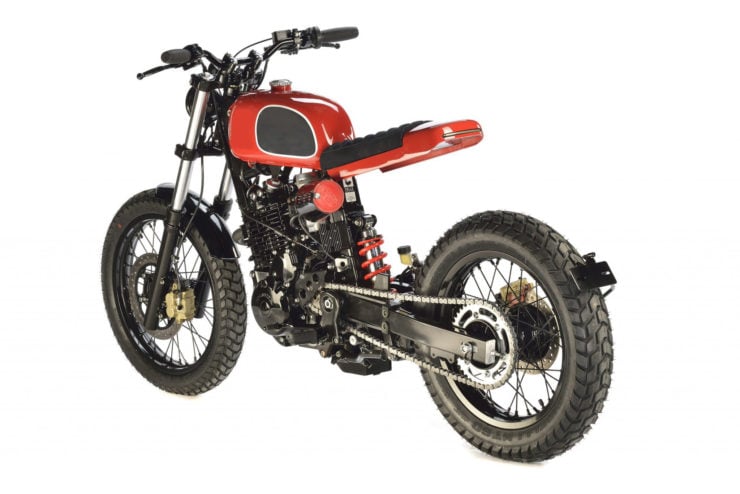 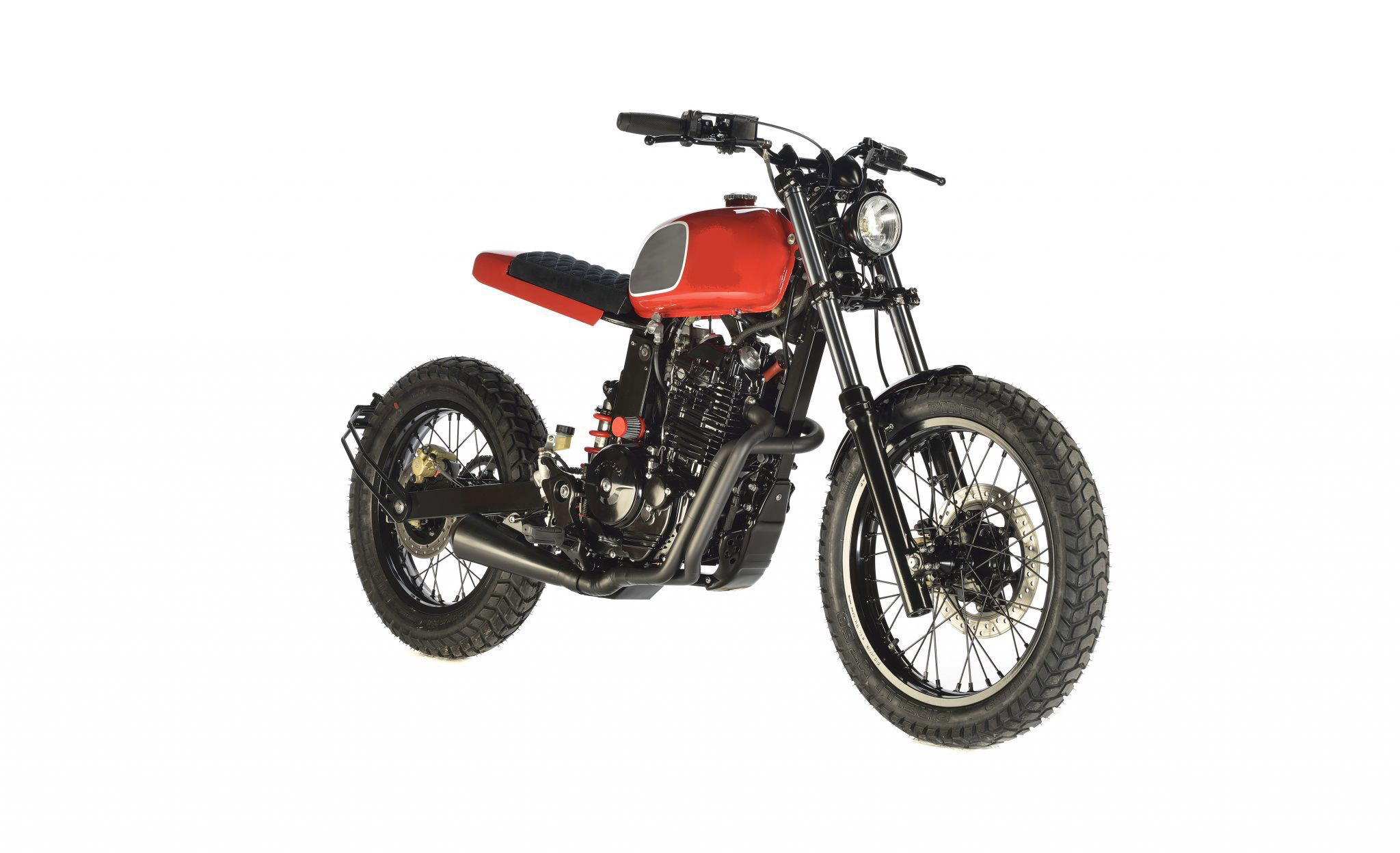