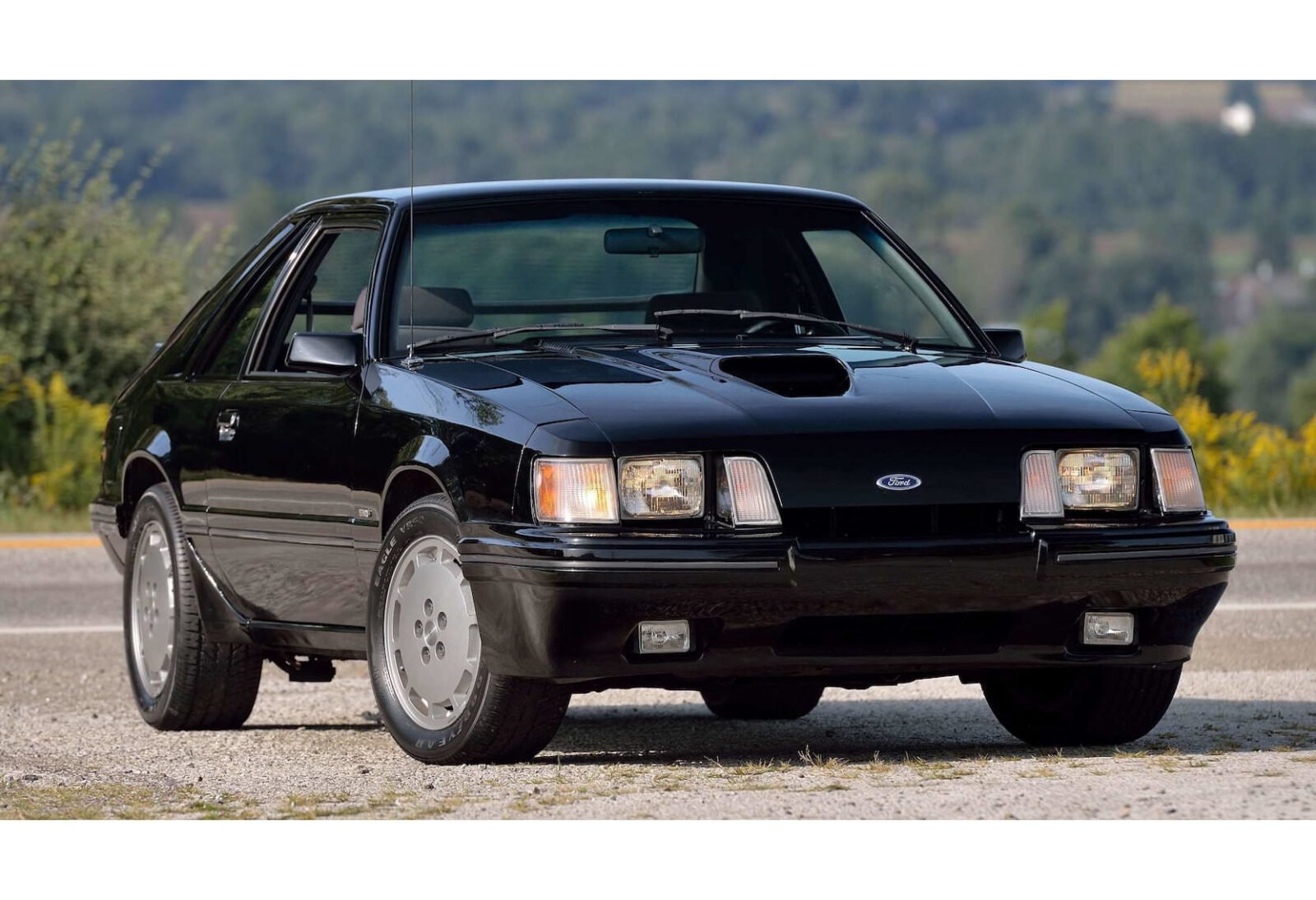 The 1984 Mustang SVO would prove to be a historically significant car for Ford, rather than using a big American V8 as everyone had come to expect they instead developed the SVO as a high-performance model using a turbocharged four-cylinder engine that matched the 5.0 litre V8 in performance but beat it in fuel economy and emissions.

It was clear by the early 1980s that both improved fuel economy and reduced emissions were the way of the future, however Ford’s V8 engines weren’t particularly well-suited to either of these requirements.

The engineers went back to the drawing board for a new Mustang, based on the Fox body platform, that would have a more advanced engine, with advanced suspension and brakes to match. The division that worked on this project was called the Special Vehicle Operations Department, however they’re more commonly known as “SVO”. 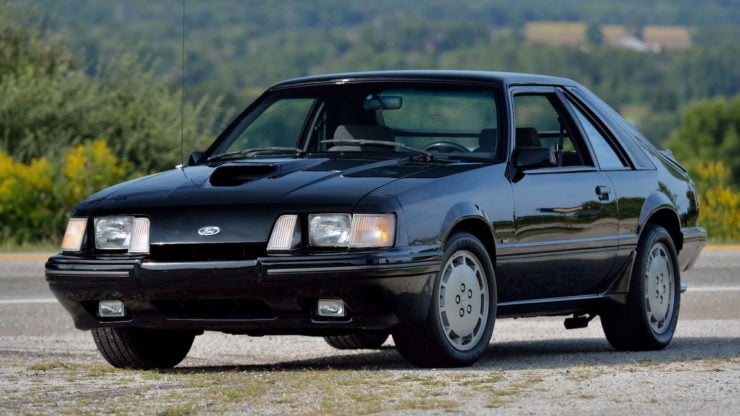 Finding a balance between power, heritage, fuel economy, and emissions was always going to be challenging. In the end it was decided to use the pre-existing Ford 2.3 litre Lima four-cylinder engine (originally used in the Pinto and Ford Mustang II), but with a slew of modifications to significantly increase both horsepower the torque.

The internals of the engine were significantly strengthened in order to accomodate a new turbocharger producing 14 pounds of boost. The intake charge is passed through an air-to-air intercooler and the engine uses fuel injection and an EEC-IV engine computer management system.

The engine produces 175 horsepower at 4,400 rpm – this made it equal to the 1984 5.0 litre V8 Mustang GT but the Mustang SVO had better weight distribution thanks to the lighter engine up front and the improved suspension. Torque figures were similarly impressive as you might expect from a turbocharged engine, with 210 ft lbs at 3,000 rpm in the 1984 model that was increased to 240 ft lbs in the 1986 model with 200 hp. 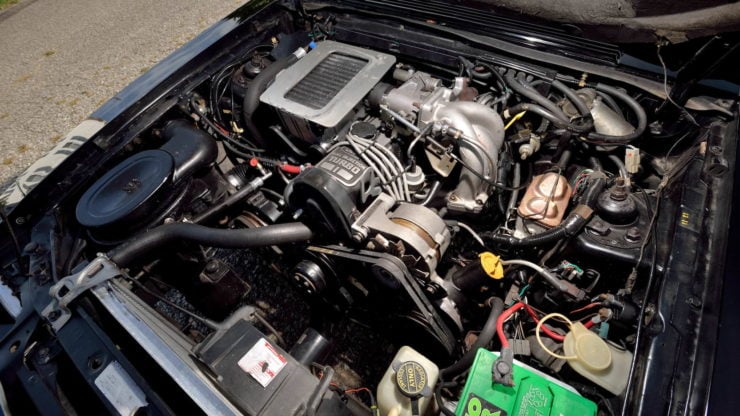 It was clear that a new engine alone wasn’t going to be enough, Ford wanted the SVO Mustang to compete on an equal footing with comparable sports cars from Europe. As a result they completely reengineered the suspension to include front and rear anti-roll bars, Koni adjustable shocks and struts front and rear, revised bushings, a power-assisted rack-and-pinion steering system, a limited slip 7.5″ Traction-Lok axle, and ventilated four-wheel disc brakes.

As a result of these changes the Mustang SVO was arguably the best handling Mustang that had been built up until that time. It’s not known how much influence the Mustang SVO had on the modern version of the Mustang that uses the 2.3 litre four-cylinder Ecoboost engine with direct-injection turbocharging, however the similarities between the two Mustangs are significant. 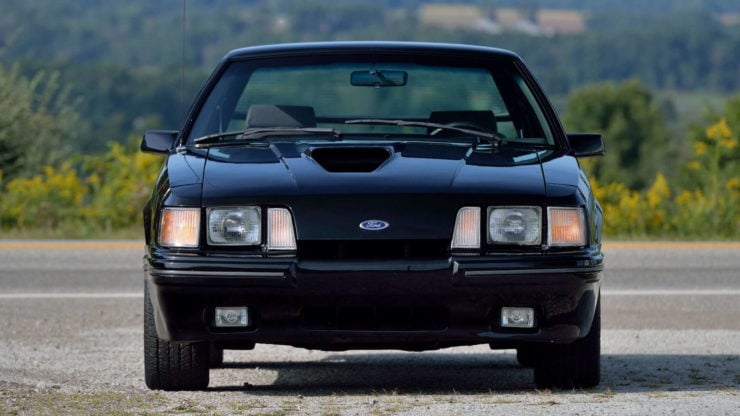 The Mustang SVO is considered highly collectible today, just 9,835 examples were built between 1984 and 1986, and it’s not known exactly how many have survived to the modern day though they’re still common enough to be affordable.

The car you see here is from the first year of production, it’s fitted with air-conditioning, an AM/FM stereo, power windows and locks, a 5-speed manual transmission, and the correct matching numbers turbocharged 2.3 litre engine.

If you’d like to read more about it or register to bid you can click here to visit the listing on Mecum. It’s due to roll across the auction block at the end of October and the price estimate is $15,000 to $20,000 USD. 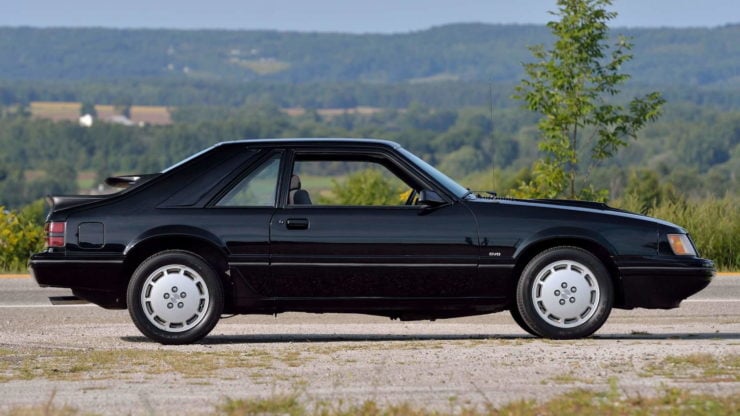 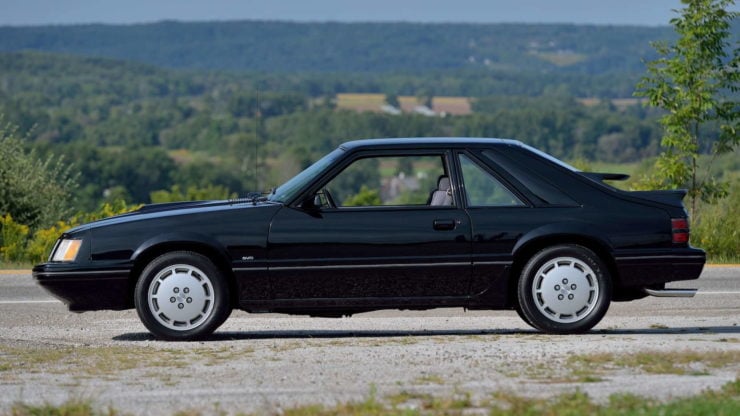 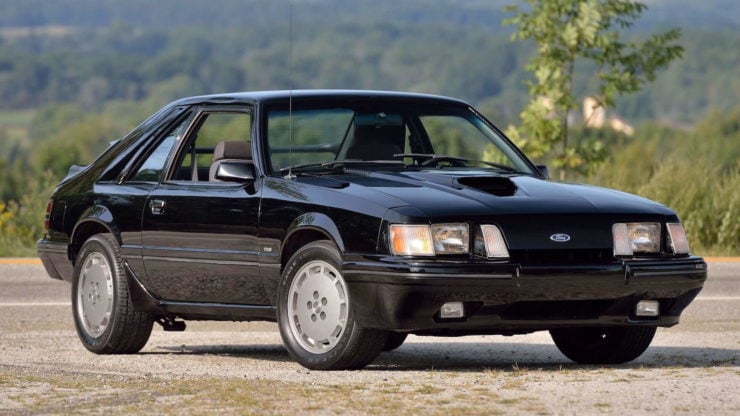 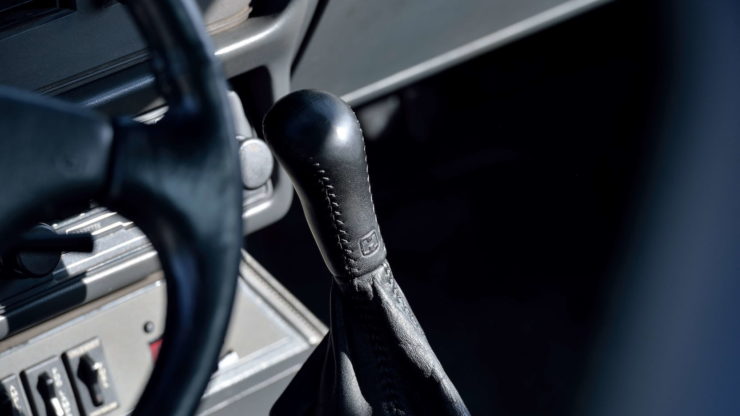 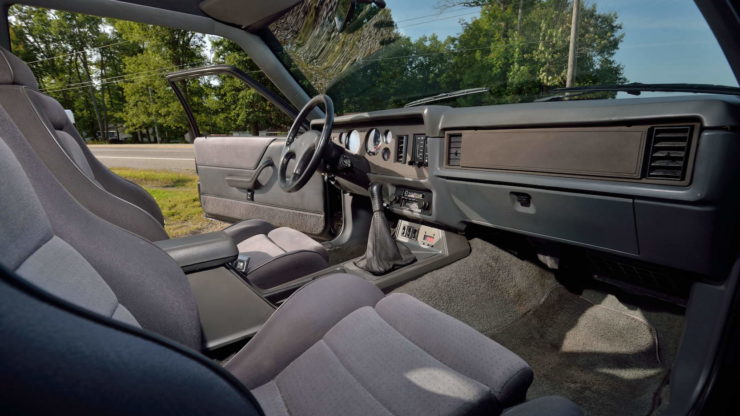 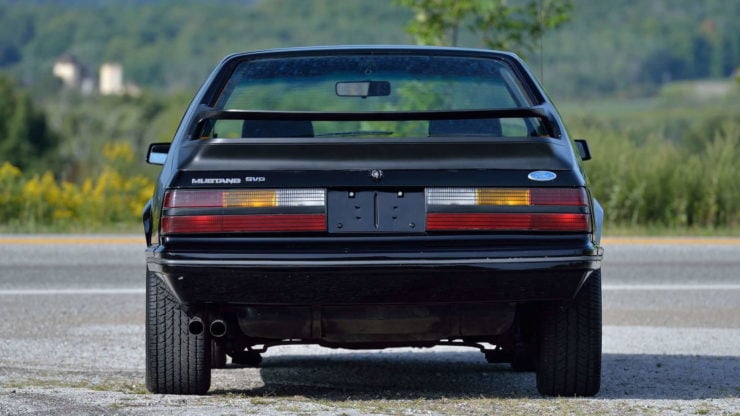 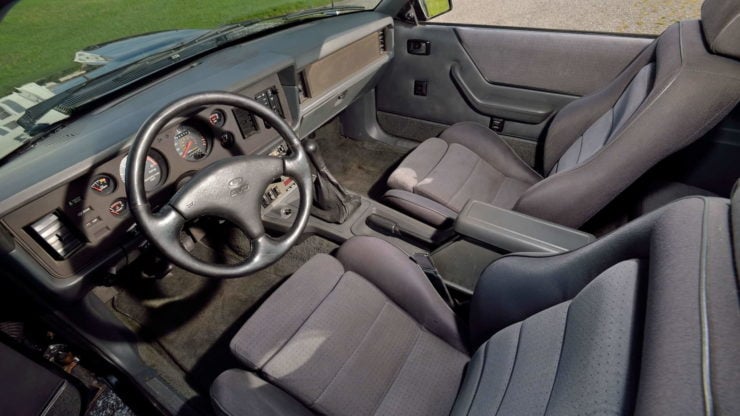 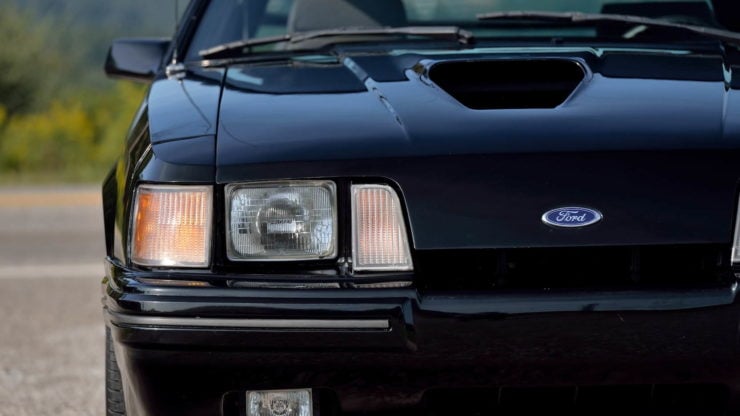 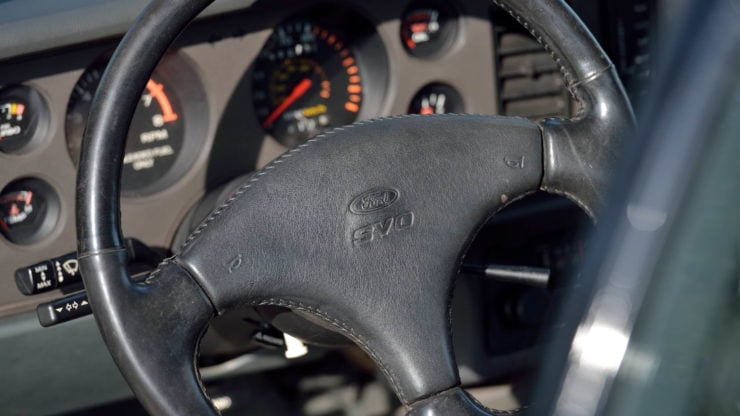 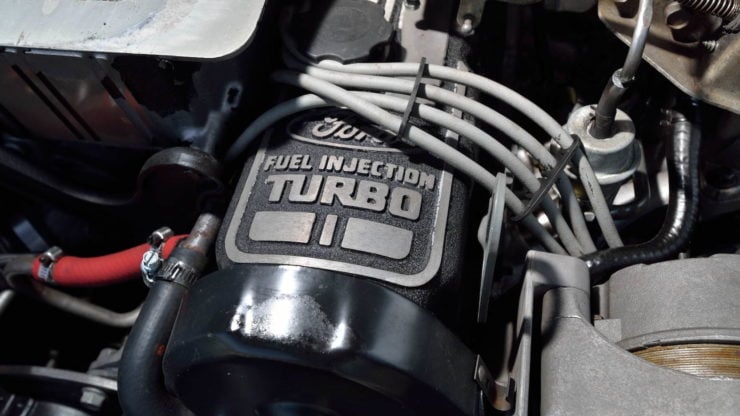 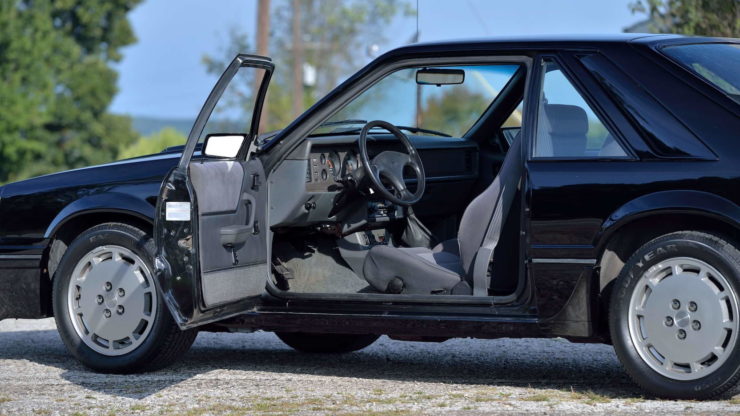 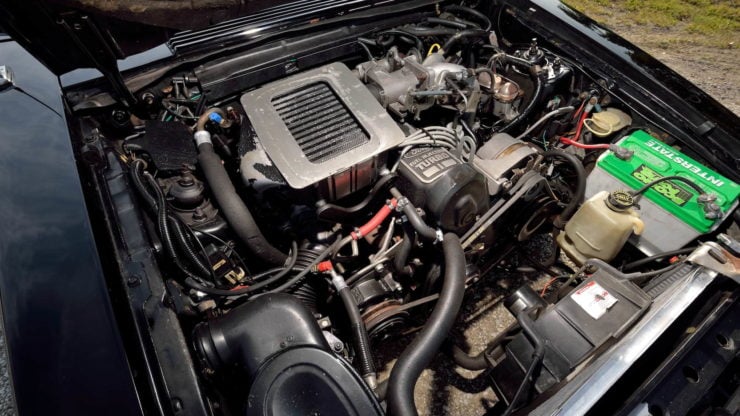 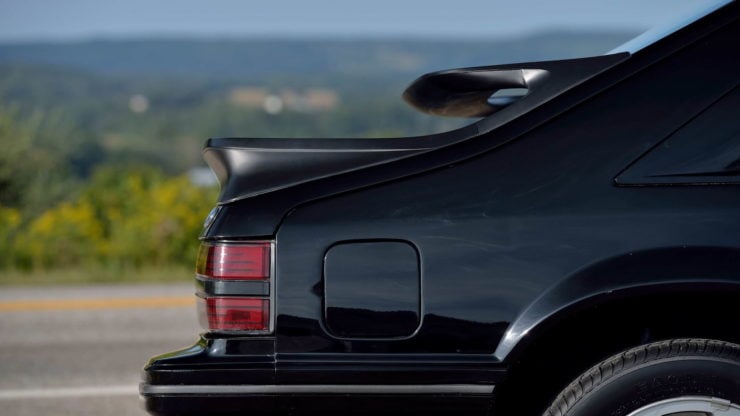 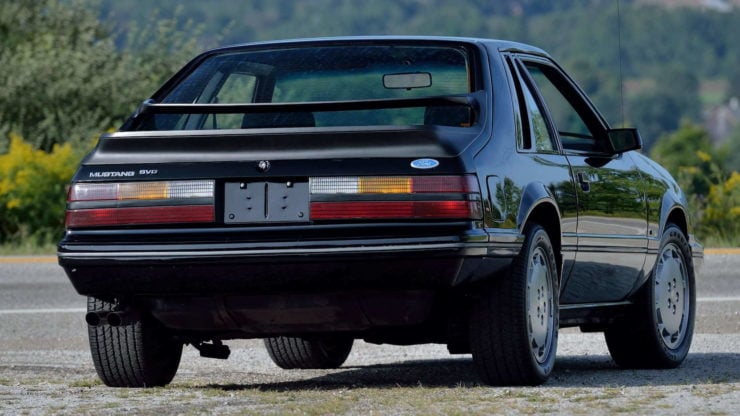 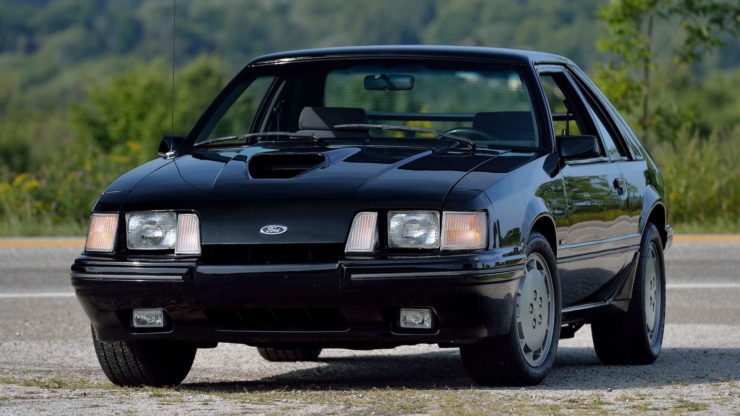 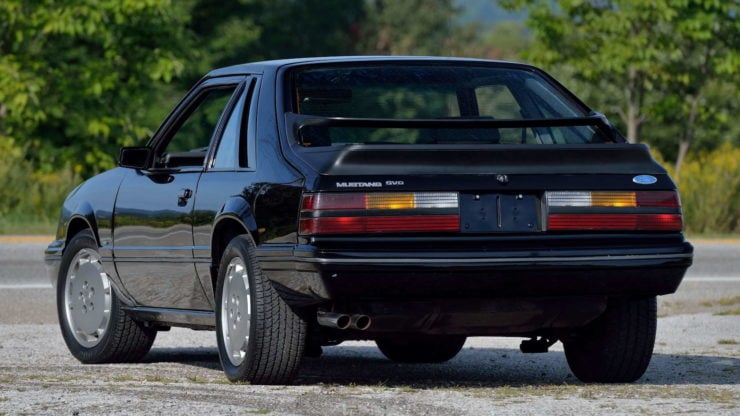 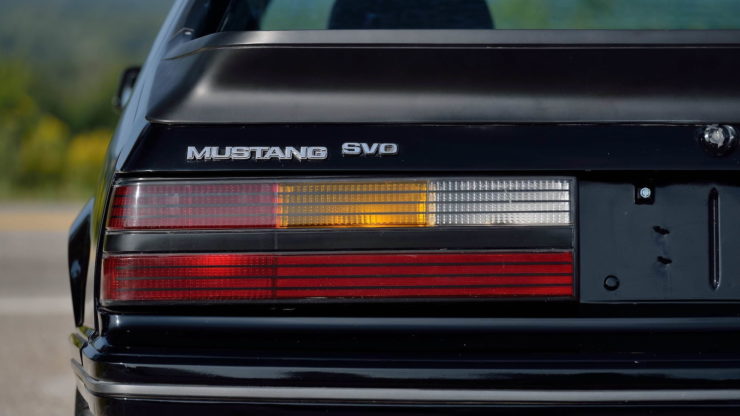 This is one of just 30 examples of the Caterham 7 Roadsport Limited Edition that were built in 1996, the Roadsport model has become a mainstay…