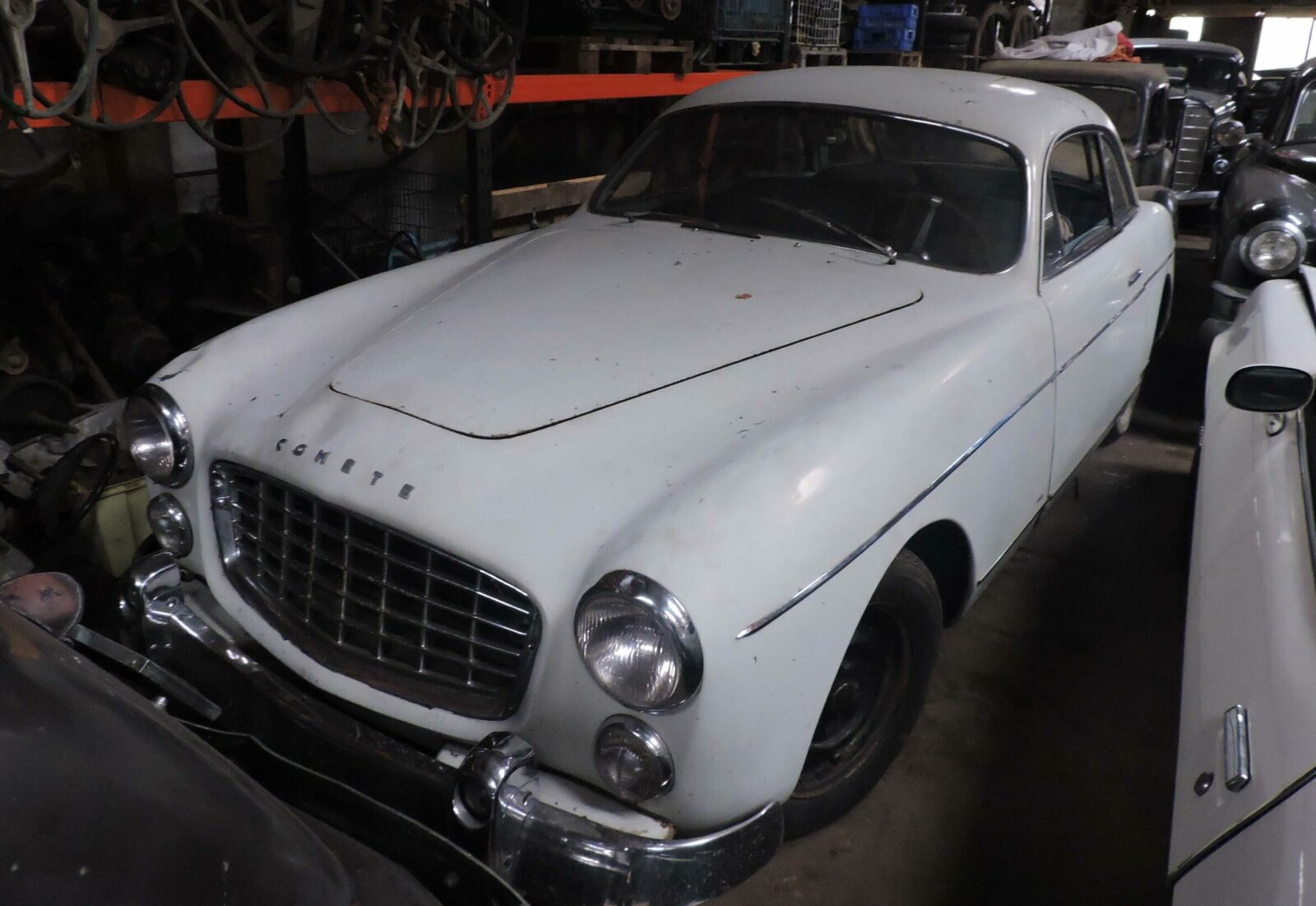 This is a Ford Comète, a rare coachbuilt V8 from Ford’s French subsidiary Ford SAF. The Comète had an elegant body designed by Pinin Farina in Italy and manufactured by hand in France by Facel.

Despite its good-looks and fascinating history, the Ford Comète remains largely unknown outside of its home country of France, and relatively few examples have been exported over the years. 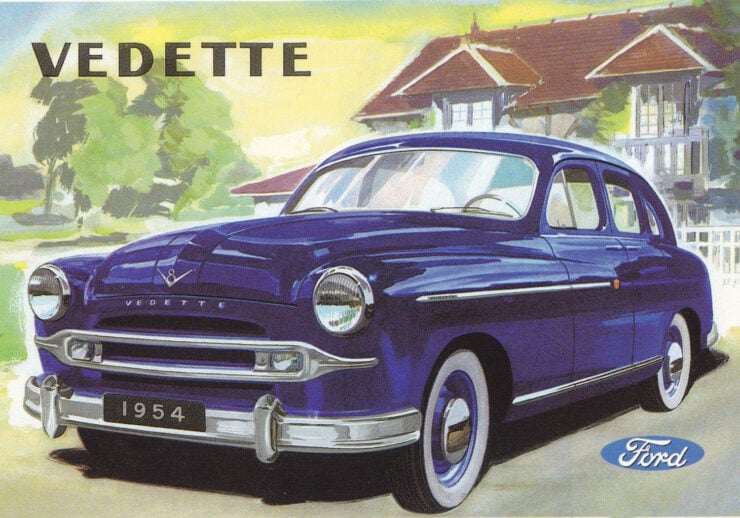 This is the Ford Vedette, the Comète was based on its platform and shared its mechanicals.

The Ford Vedette was sold by Ford SAF from 1948 until 1954. Interestingly it had originally been developed by Edsel Ford and Ford designer Eugene T. “Bob” Gregorie as a new “light” Ford model for the US market.

Ultimately the car wouldn’t get the green light for a US production run, it was transferred to Ford’s French operations in the hopes of appealing to the post-WWII market there and recouping its development costs.

As was fairly standard at the time, the Vedette rode on independent front suspension with coil springs and a live axle rear on leaf springs. Drum brakes were used front and back, with power provided by either the 2.2 liter or 3.9 liter Ford flathead V8s mated to a 3-speed manual transmission.

The Ford Comète was conceived as a more elegant and luxurious French-built Ford coupe. As noted above the styling of the body was completed by Pinin Farina in Turin, Italy and manufactured by Facel-Métalon in France. 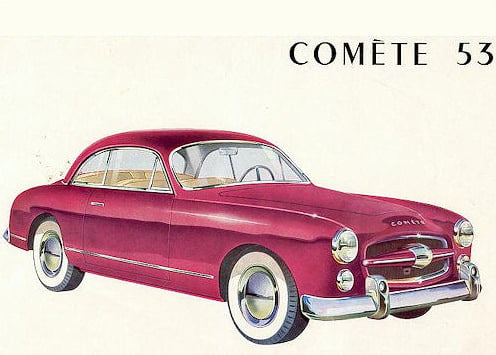 The elegant styling of the Ford Comète was penned by Pinin Farina in Italy and built by Facel in France. Facel would later become Facel Vega, and they would build some of the greatest French luxury cars of all time.

The Comète would use a shortened version of the Ford Vedette platform and all of its mechanicals, which simplified the vehicle’s development, while vastly reducing costs.

The car was originally fitted with the 2.2 liter “Aquilon” flathead (side valve) V8 with an initial power output figure of 68 bhp. This would be increased to 74 bhp, then 78 bhp, then 80 bhp over the course of the production run.

Due to some complaints about power output and to speeds, thought to be low for a luxury coupe of the era. The Monte Carlo version of the Comète was released in 1954 with power provided by the 3.9 liter Mistral Ford flathead V8, a truck engine that offered 105 bhp but very little refinement and a hefty tax bill due to France’s engine displacement-based duty system.

Ford would sell off Ford SAF to Simca later in 1954 and Simca would keep the Comète in production into 1955 in order to use up the remaining parts. 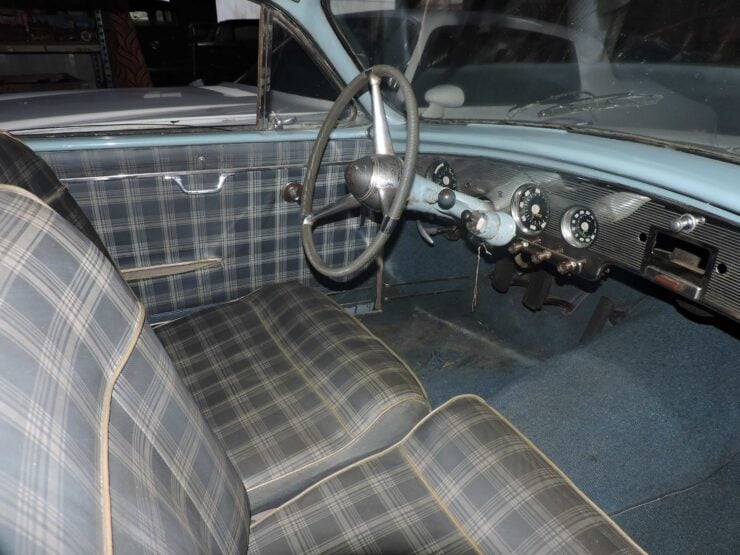 The interior of the car was elegant though spartan, with seating for four and it has an amply sized trunk for luggage or cargo.

Today the surviving examples of the Ford Comète, which are few and far between, and much sought after by collectors in France and across Europe.

The car you see here is a 1952 Ford Comète that is now being offered for sale out of a private collection in France.

This Comète clearly needs a comprehensive restoration, there are clear signs of plenty of chassis and body rust as well as dents, dings, and an interior that needs a full restoration.

The good news is that the vehicle is complete with the engine, transmission, body, and chassis all in place.

If you’d like to read more about this unusual French Ford you can visit the listing here on Car & Classic, it’s being offered for sale out of France and the online bidding will begin in a few days. 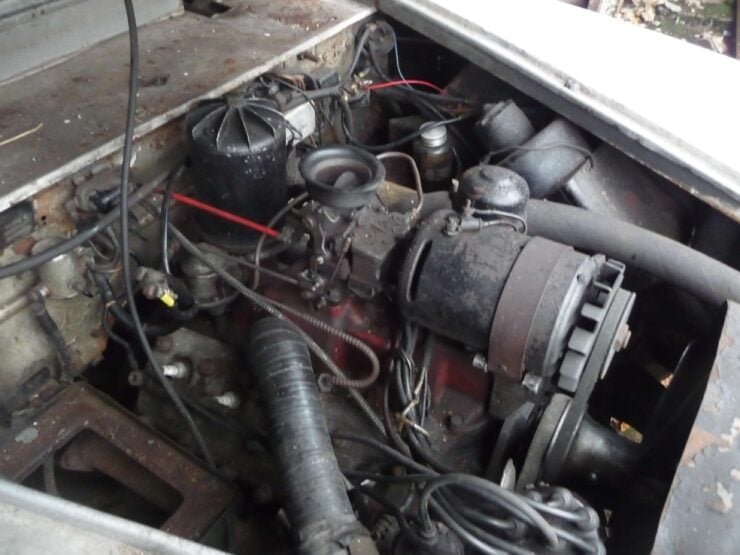 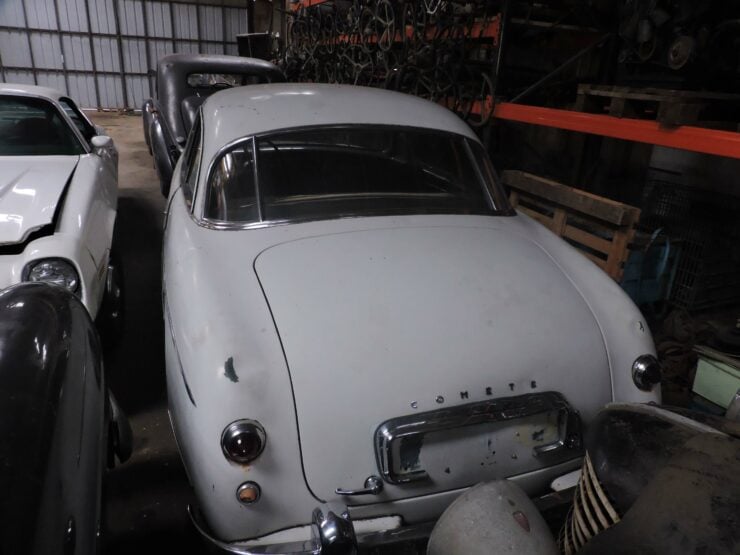 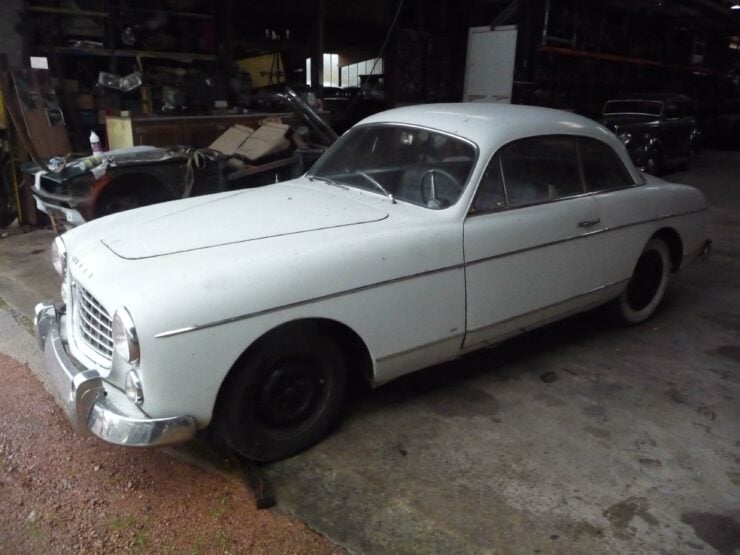 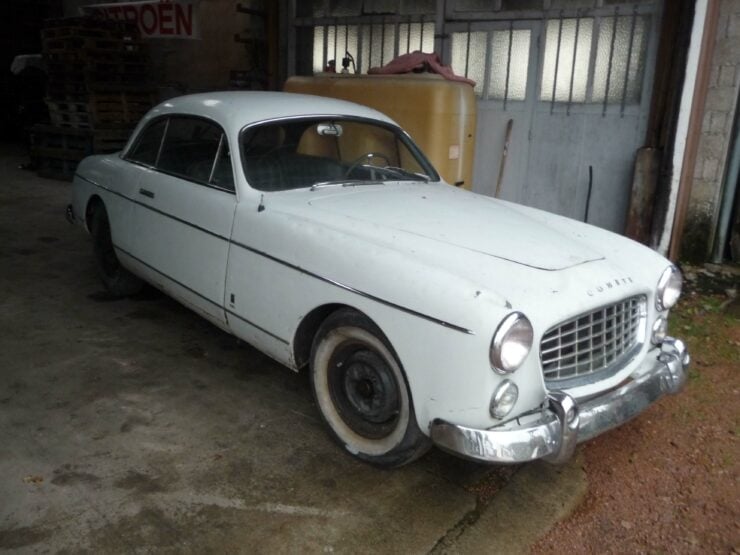 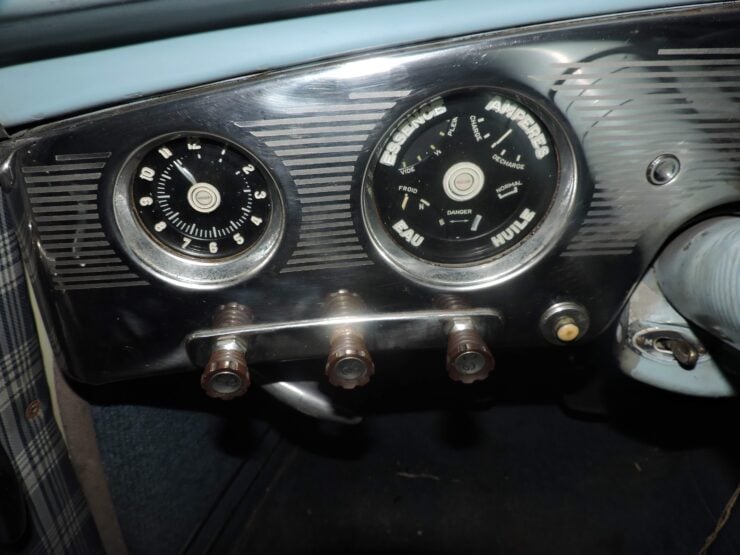 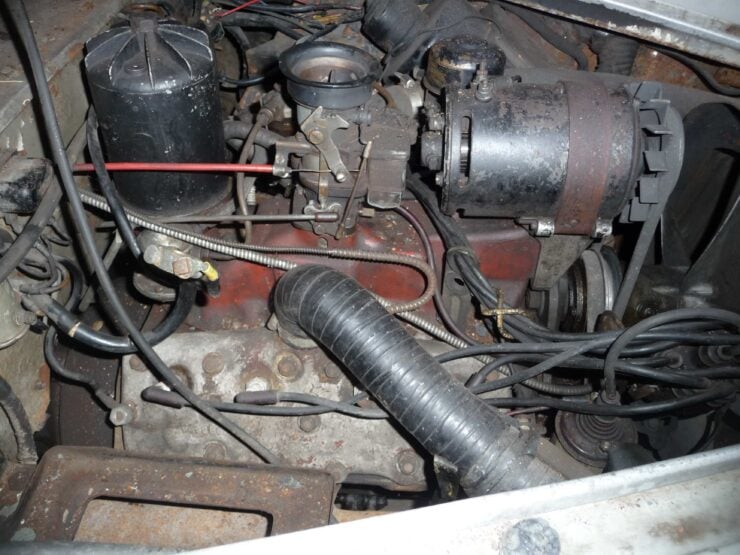 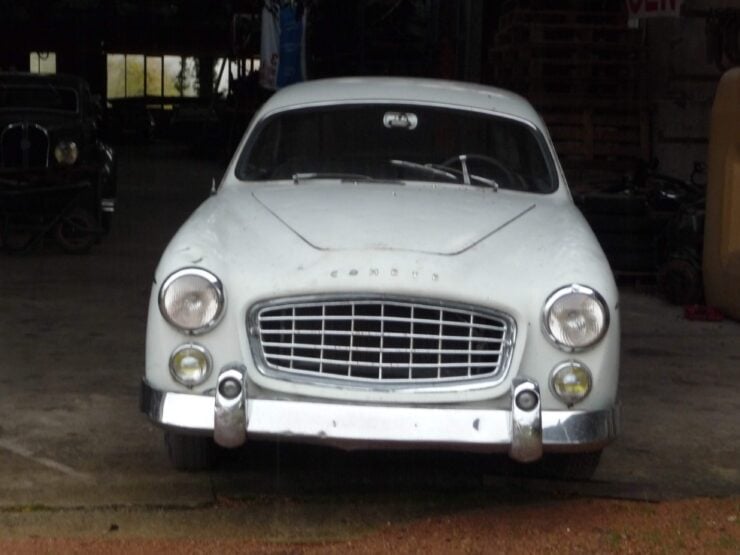 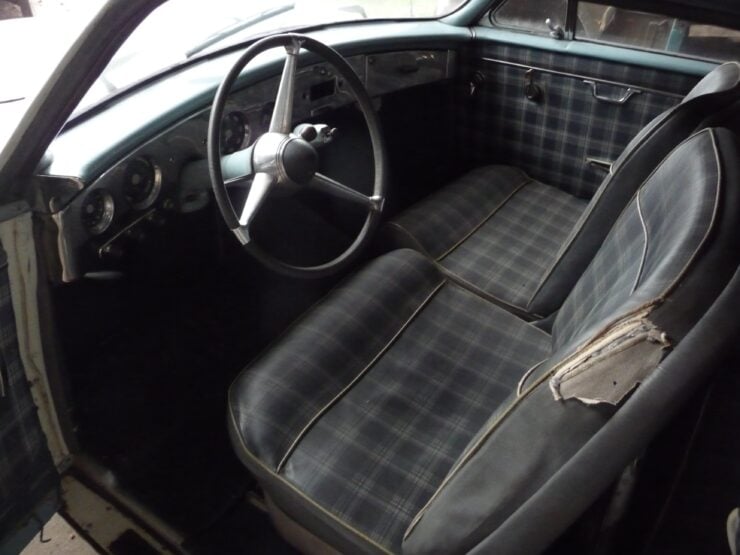 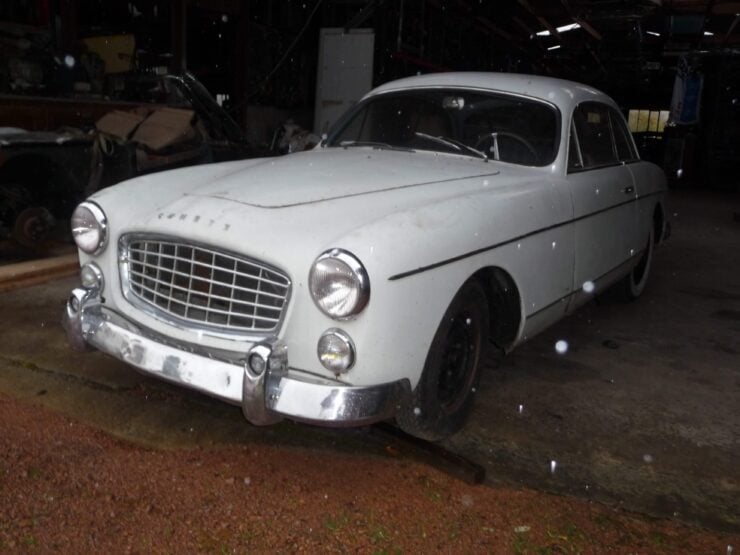 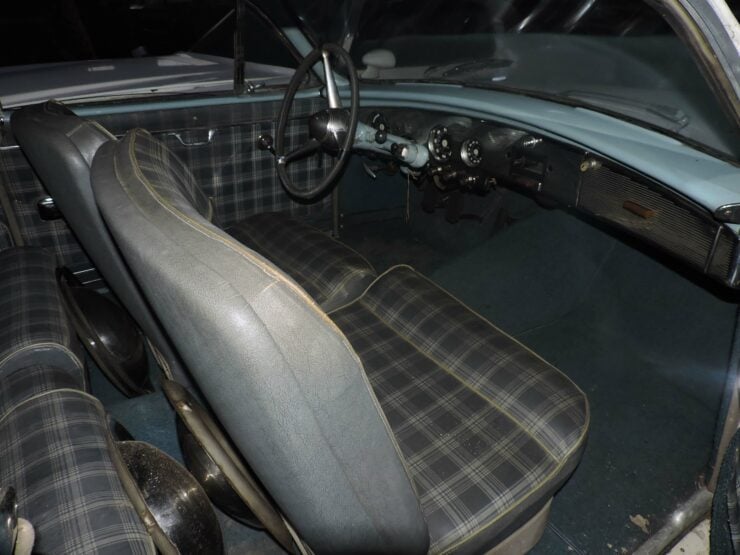 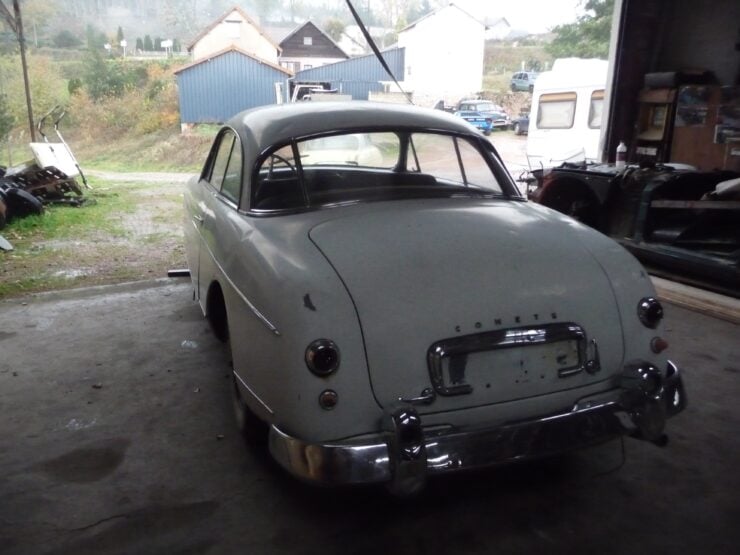 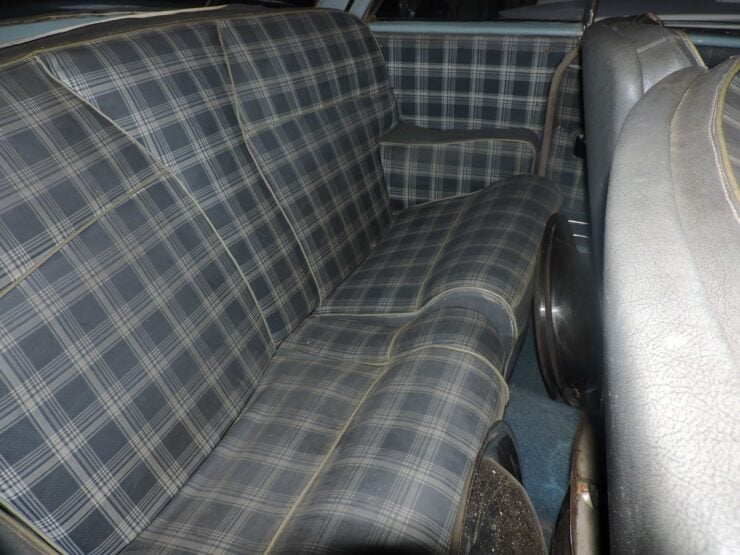