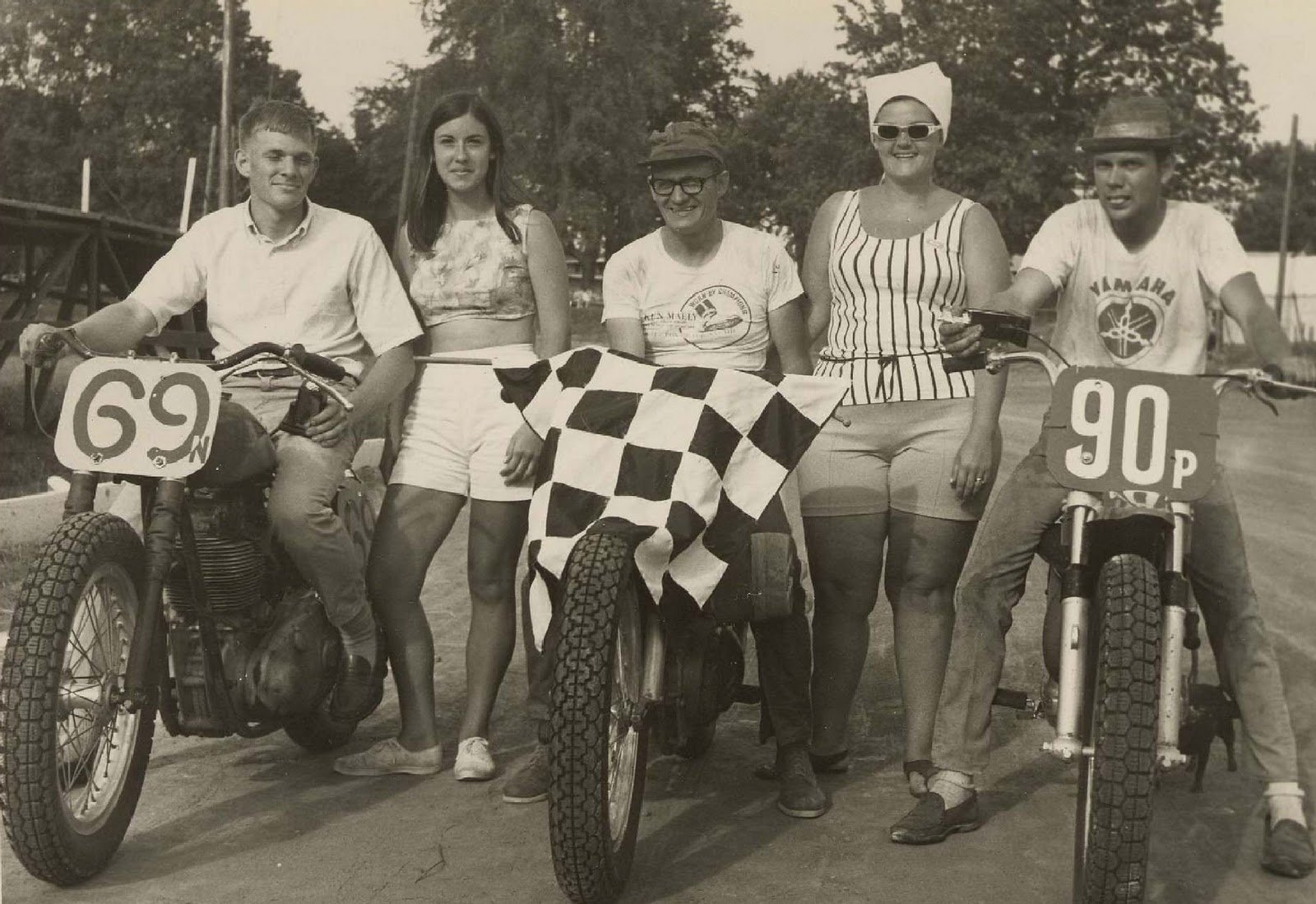 It’s wonderful the way vintage photographs like this capture a moment so perfectly it almost feels like you’re there. Sadly we don’t know the story behind this image, although I like to think that the older guy in the middle just schooled the two younger guys around the mud oval.