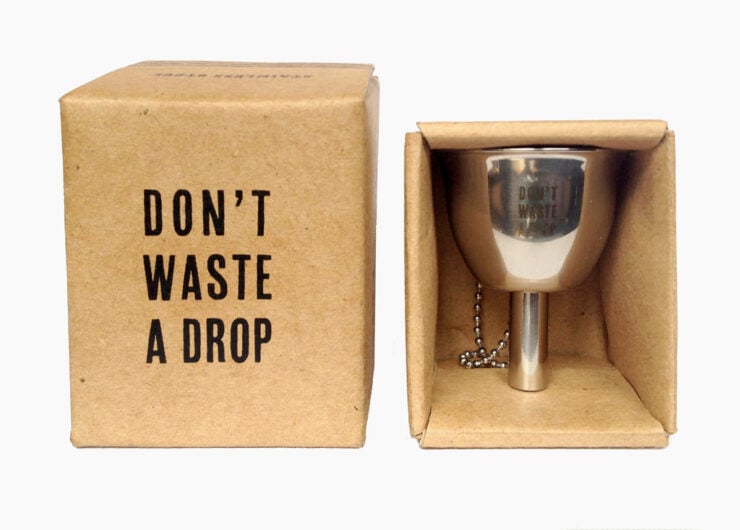 The great thing about having a whiskey flask is that you can imbibe a sneaky dram whenever you like, the only real tricky part is filling the flask without spilling the nectar of the Highland gods all over the place.

The team at The Petaluma Supply Co. considered this conundrum long and hard and came up with this – a 100% stainless steel flask funnel that’ll ensure you get every drop of malt into the flask and not all over your fingers, face, trousers and shoes.

Grab yours here for $9 USD