This short film by the team at Brightside Media tells the story of the Kawasaki H2 Mach IV 750 triple, one of the most extraordinary motorcycles of the 1970s and a bonafide widowmaker in the wrong hands.

The film features Paul Brace, a well-known classic Japanese motorcycle expert and collector, with his own H2 Mach IV 750. Anyone who’s ever ridden a smaller capacity two-stroke will be surprised to learn that in the 1970s Kawasaki was building 750cc triple-cylinder two-stroke superbikes for general public consumption.

When it was released in 1971 the Kawasaki H2 Mach IV was the fastest accelerating production motorcycle in the world. Its 748cc air-cooled, oil-injected, three-cylinder, two-stroke engine was capable of 74 hp at 6,800 rpm, with 57.1 ft lbs of torque at 6,500 rpm.

Although the handling of the H2 was markedly improved over the 500cc H1 the bike was still a handful to ride and had a reputation for throwing riders off the back under hard acceleration. It required an experienced rider to get the best out of it, particularly in the corners, and those ordering them new were well advised to get the additional front disc brake option.

This film is an excellent introduction to the H2 Mach IV and it includes plenty of footage of the bike in action, if you’d like to visit the Brightside Media channel on YouTube and subscribe you can click here. 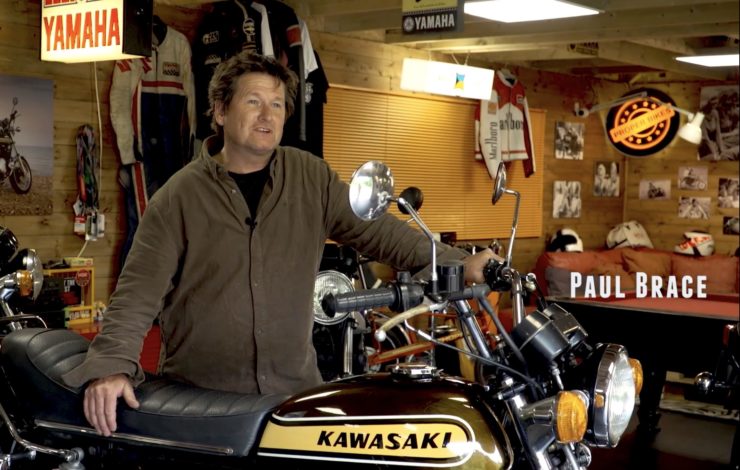 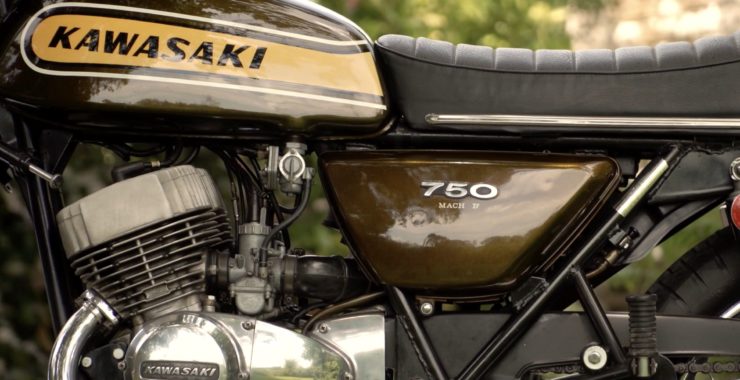 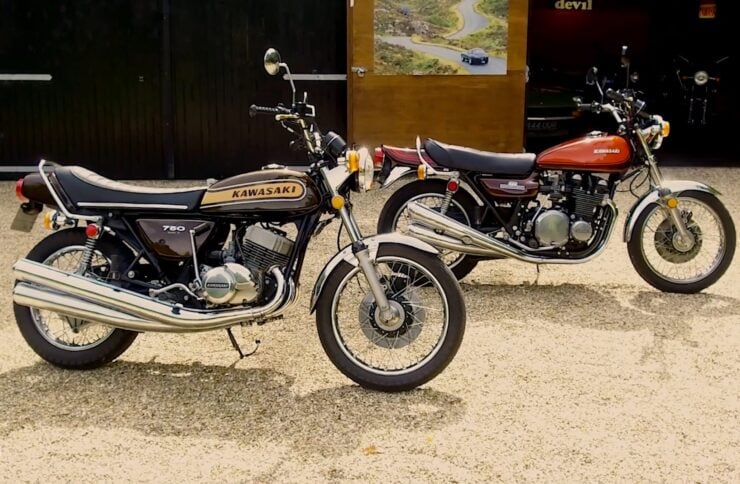 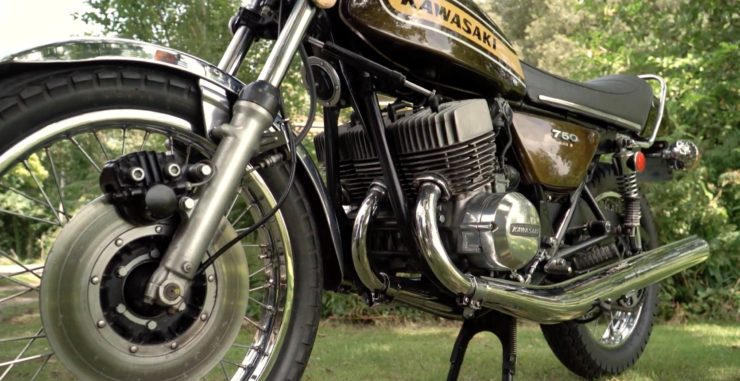 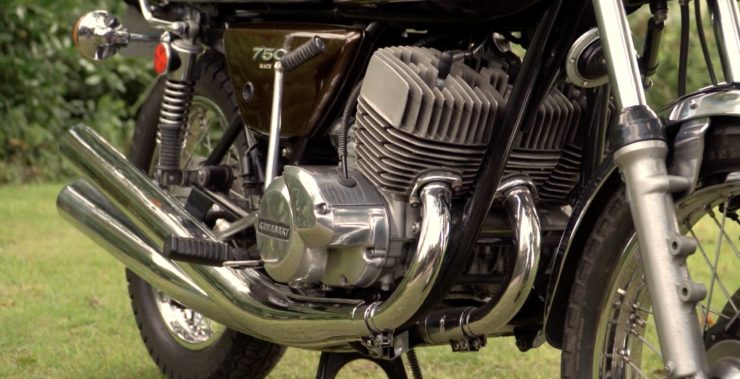 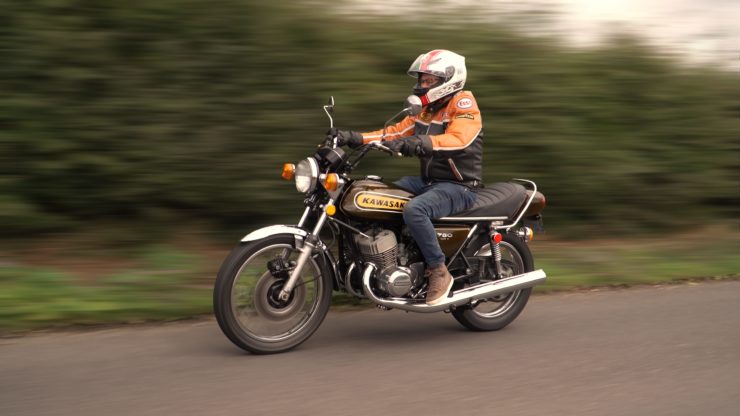 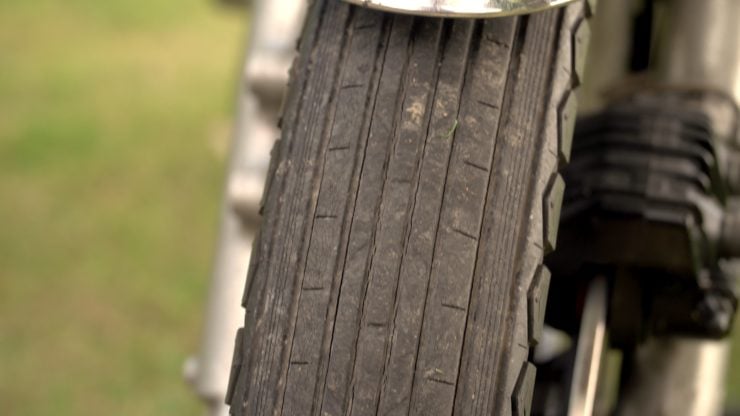 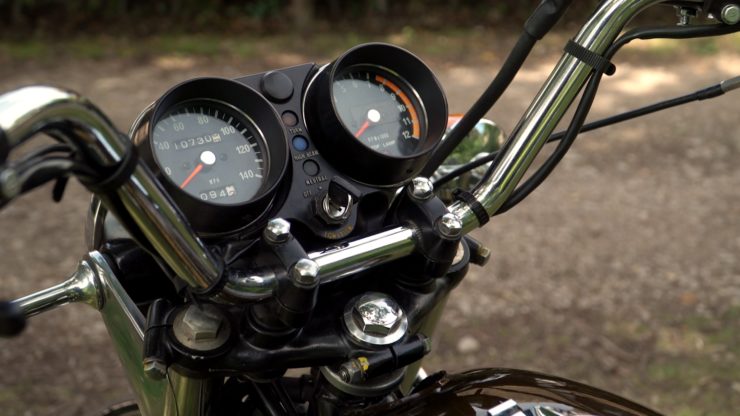 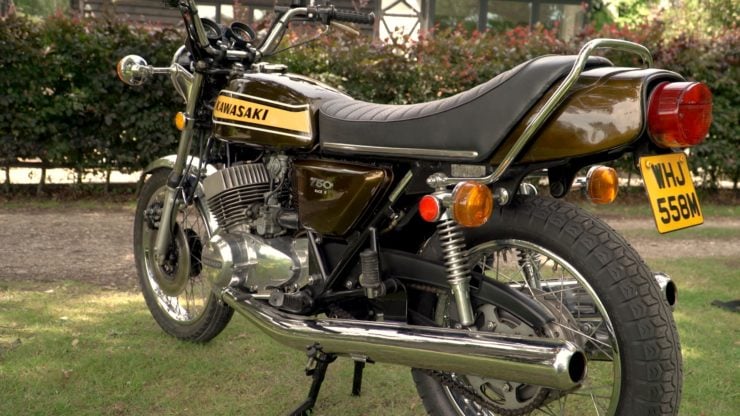 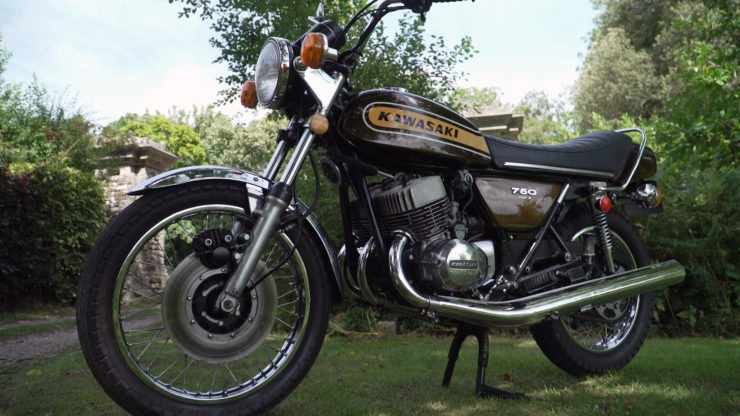 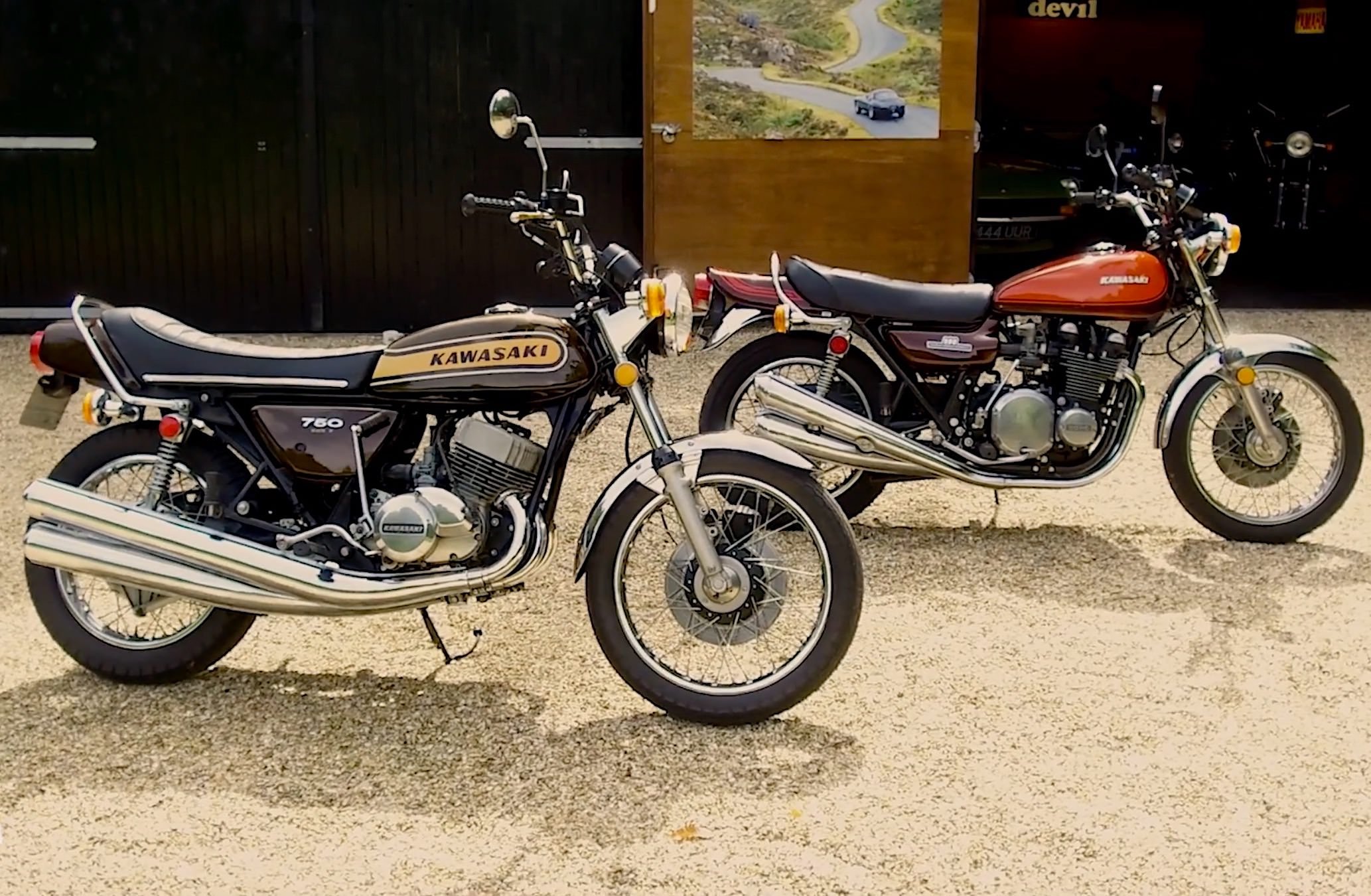 Published by Ben Branch - August 19th 2020
Related Posts
A 1968 Fuji Go-Devil: The Folding Motorcycle That Fits In A Suitcase