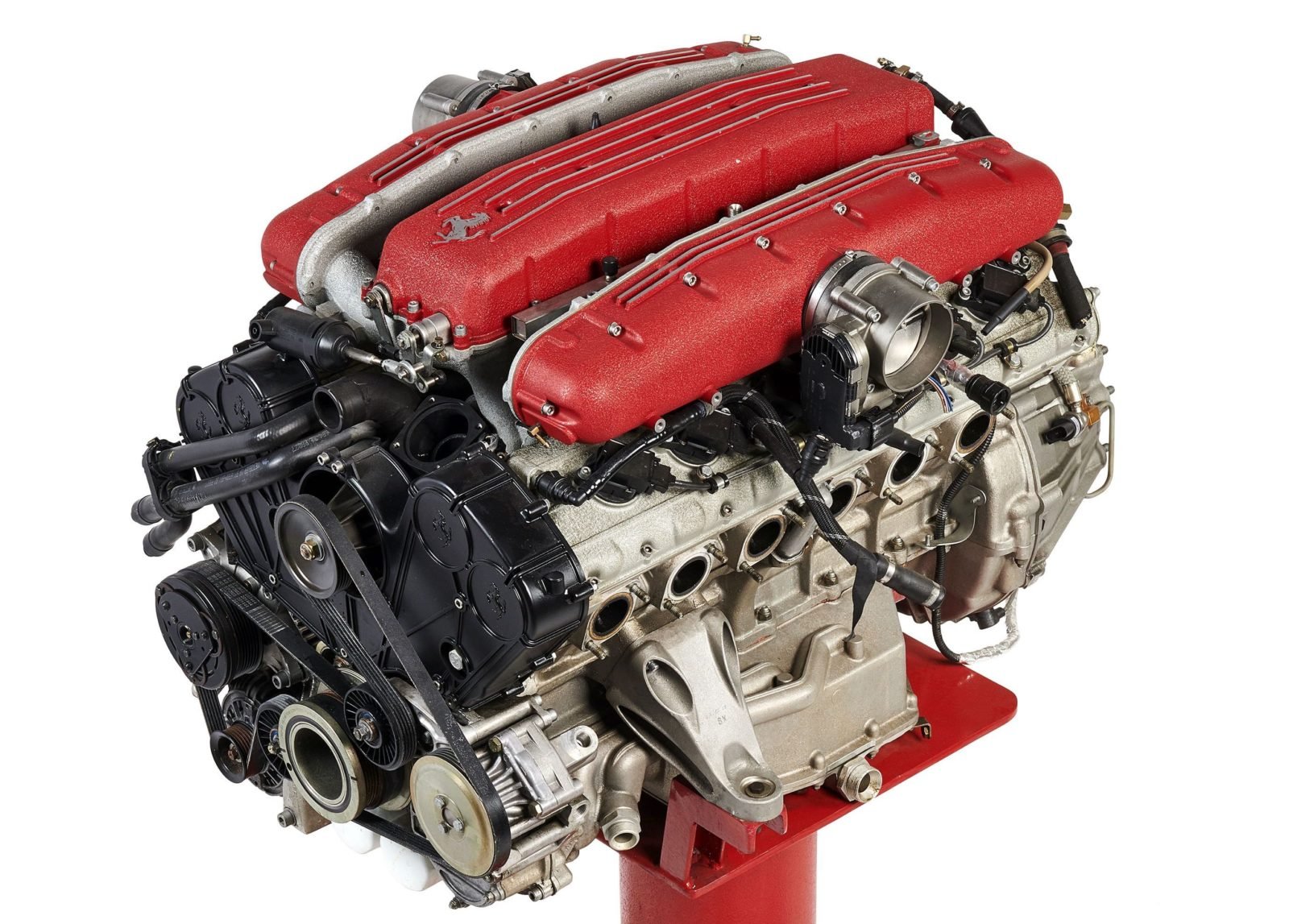 As with all Ferrari engines, the V12 from the 612 Scaglietti is a work of art. It has double overhead cams operating four valves per cylinder and a displacement of 5,748cc (351 cubic inches).

Ferrari engineers developed the 612 Scaglietti as the company’s second all-aluminum vehicle after the 360 Modena. It has an alloy spaceframe that was developed in conjunction with Alcoa, the body was then welded into place over the top for increased rigidity. 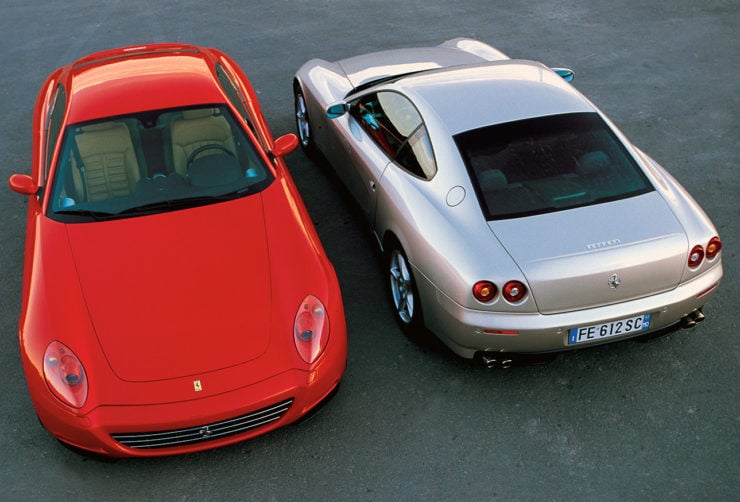 The front and rear views of the Ferrari 612 Scaglietti. Image courtesy of Ferrari.

From the outset the 612 Scaglietti was designed to comfortably accommodate four adults in a 2+2 seating configuration, with enough head and leg room for the rear passengers.

The car also has a trunk with more room than you might be used to in a Ferrari, though despite all of this extra room the car is still capable of almost touching 200 mph.

The engine you see here is due to be sold by Artcurial on the 20th of March with a price guide of $5,500 – $8,800 USD. The listing is a little light on details but we do know it comes on a red display pedestal and it looks to be largely complete.

It will probably end up on display in a Ferrari collection somewhere, however there’s also a possibility that it’ll end up being dropped into a 612 Scaglietti that needs a new engine, it might be pulled apart for parts, or it might (hopefully) get installed into something ridiculous like an AMC Gremlin. 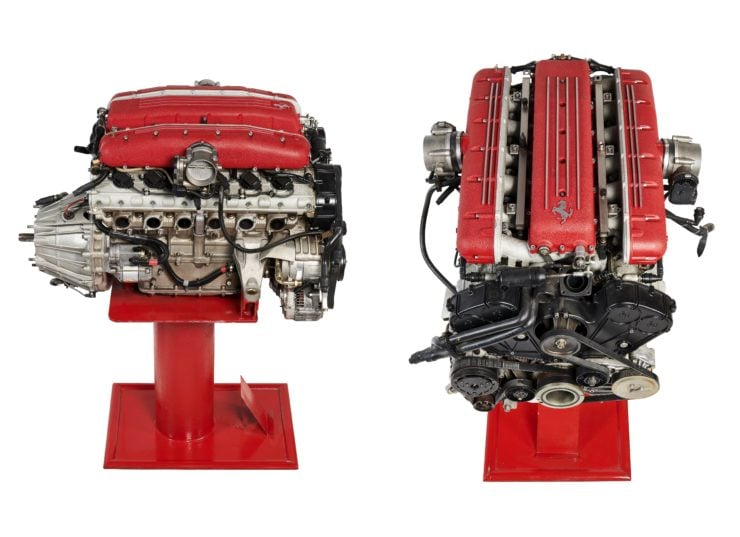 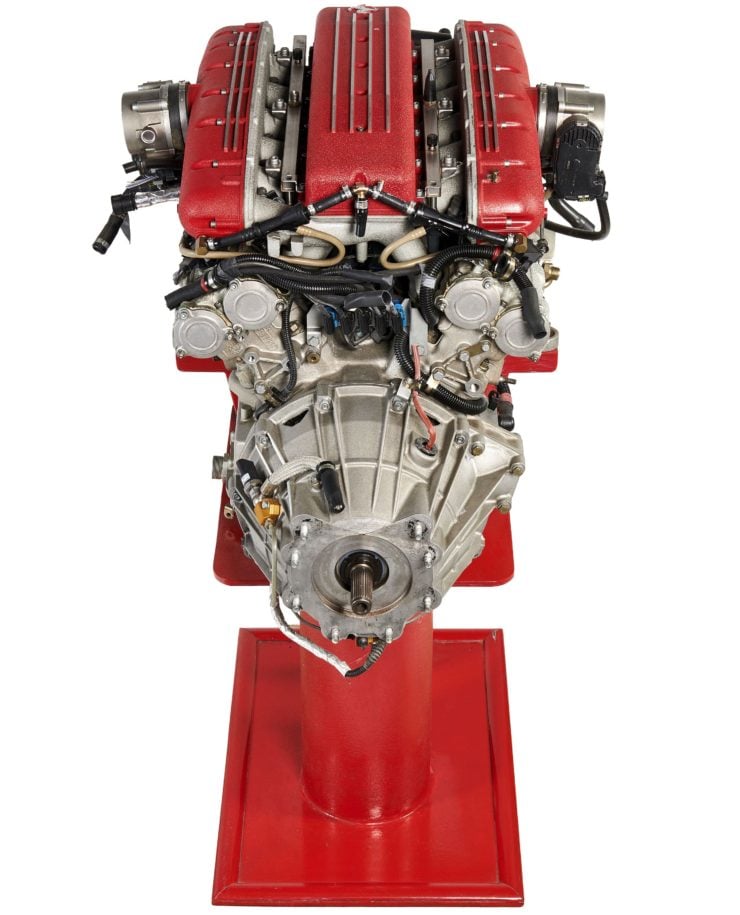 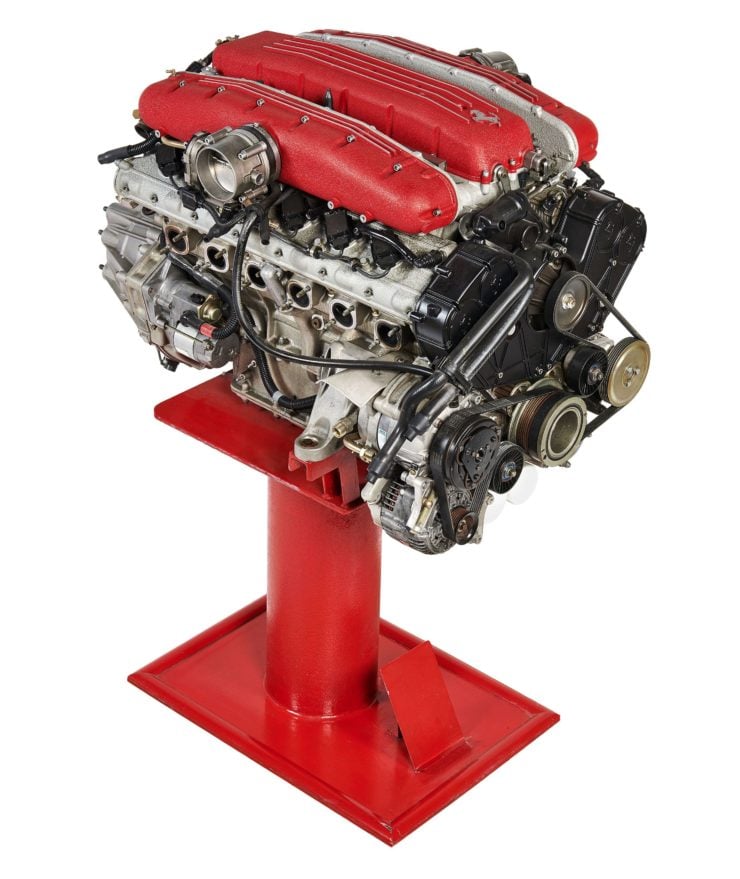