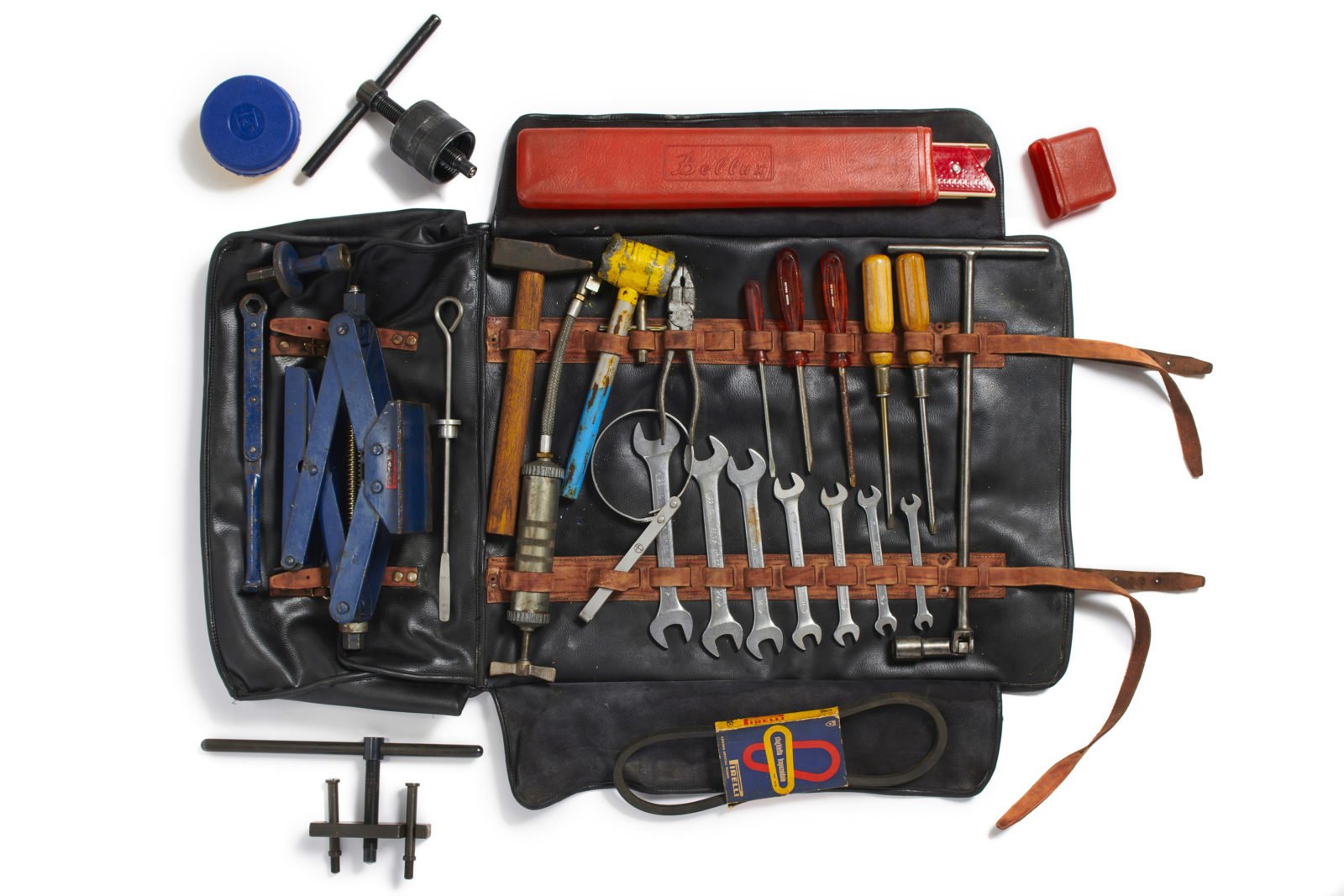 This is an original factory-supplied tool kit for a Ferrari 275 GTB, from back in a long-gone era when manufacturers expected you to do some of the maintenance on your car yourself.

The Ferrari 275 GTB had impossibly large shoes to fill when it was released in 1964. It was the replacement for the outgoing Ferrari 250 GT series of vehicles, which to this day was arguably the most important model line in Ferrari history.

The engineers at Ferrari were careful to keep the elements from the 250 GT cars that had made them so popular, but to update them where needed to keep up with advancing automotive technology. 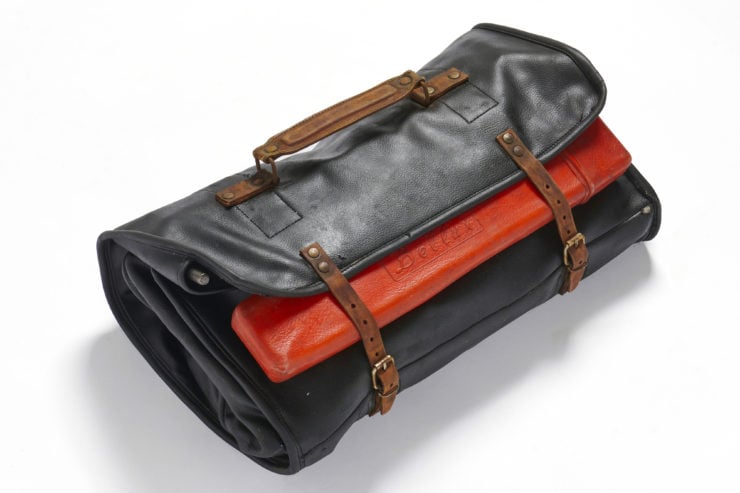 Once rolled up, a tool roll is a great way to carry tool around, and when needed it’s simply unrolled by the side of the road to give easy access to all your tools.

An elegant new aerodynamic body was designed by the team at Pininfarina and the bodywork was built by Scaglietti – with both steel and aluminum bodied versions being made.

Power was provided by the venerable Colombo 60° V12 Ferrari engine, with a displacement of 3.3 liters and upwards of 330 bhp available. 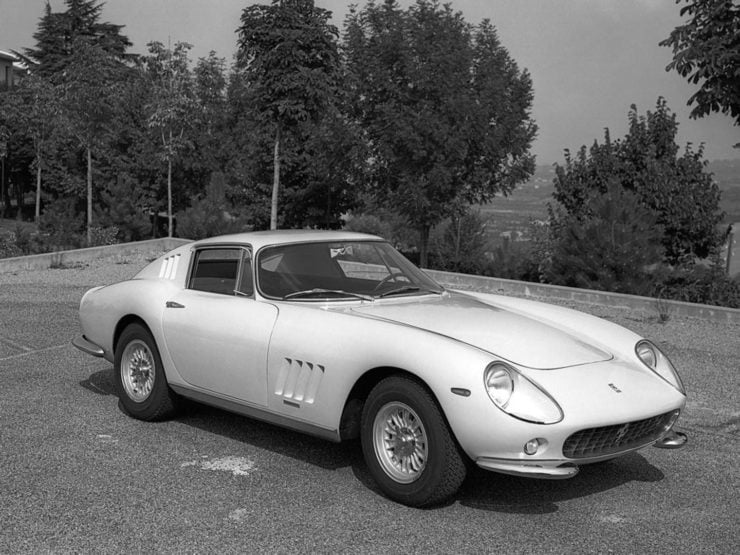 The Ferrari 275 GTB had a body designed by the team at Pininfarina, it was clearly related to the earlier 250 GT cars but it was more modern, and more aerodynamic. Image courtesy of Ferrari.

The Ferrari 275 GTB would be manufactured from 1964 until 1968, after which it was replaced by the Ferrari 365 GTB/4, better known today as the Ferrari Daytona.

Tool rolls like this are still commonly used by many owners of vintage cars and motorcycles. They allow you to carry only the tools and spares you need, they roll up into a small package, and when you need them you can unroll them out on the roadside for easy access.

This toll roll comes equipped with a multitude of items you may need to get your hands on when driving a 275 GTB including a hammer for the knock off wheels, an air pump for the tires, a jack and handle, various screw drivers and wrenches, spare bulbs, and a spark plug puller.

If you’d like to read more about this Ferrari tool kit or register to bid you can click here to visit the listing on RM Sotheby’s. It’s due to cross the auction block on the 14th of May in Monaco. 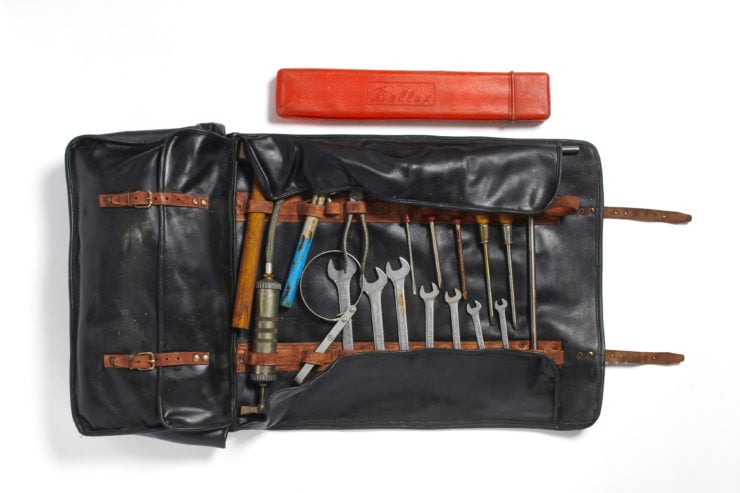 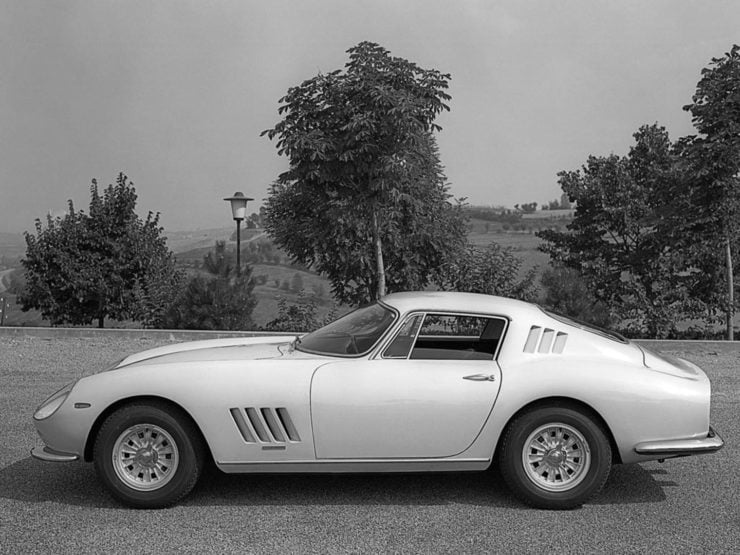