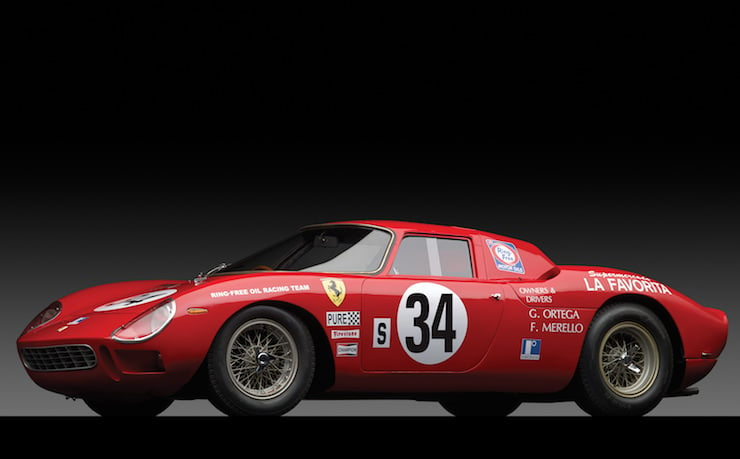 The Ferrari 250LM was designed in 1963 by Pininfarina with the final coachwork built by Carrozzeria Scaglietti, there aren’t many who’ll argue when I call this one of the most beautiful Ferraris of the 1960s – although that’s always a loaded claim to make. The ’60s represented a golden age in Ferrari automotive design, but if I had my choice and the price tag wasn’t an issue, I’d take a 250LM over its similarly aged brothers in a heartbeat.

The 250LM you see here is chassis number 24 of the 32 made, it’s widely regarded as one of the finest surviving examples – largely due to the fact that it spent 30 years in a climate-controlled, private collection in Japan.

During its heyday it won its class at the 1968 24 Hours of Daytona and competed at the 12 Hours of Sebring in 1969 before returning to Daytona. Other 250LMs were being raced in Europe with a win at the 1964 12-hour race at Reims. In 1965 two 250LMs finished 1st and second place in the 500km race at Spa and repeated the feat a few weeks later at the 24 Hours of Le Mans driven by Masten Gregory and Jochen Rindt. 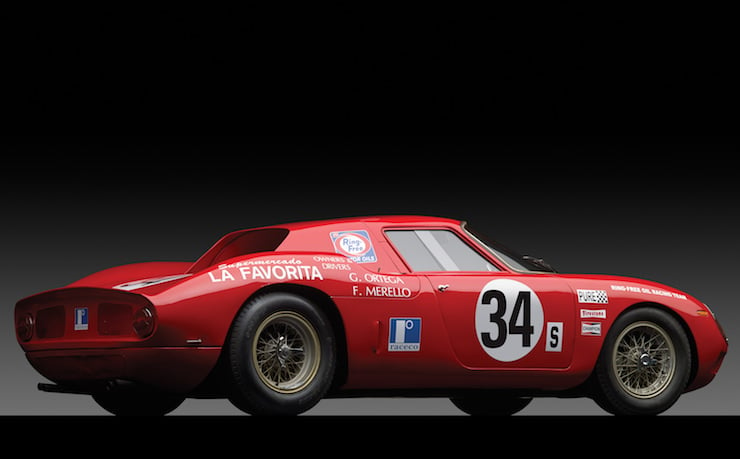 Interestingly, the Ferrari 250 LM had a space-frame chassis that used two of the chassis tubes to convey water and oil to the front mounted oil and water coolers. This resulted in the cabin getting exceedingly hot during endurance racing but did contribute to the relatively low weight of just 820kgs (1808lbs).

The V12 in the 250LM was fitted amidships, this was one of the first Ferraris to have a mid-mounted engine and represented a softening of Enzo Ferrari’s intense dislike of mid-engined cars which had been made popular by British engineer Colin Chapman. The engine was a dry sump unit with a 3285cc (200.5 cubic inch) capacity, the cylinders had a 60 degree offset and are fed by 3 Weber carburettors.

The estimated value of the car pictured here is a rather lofty $12 million USD, to put this in context, the average American bank robbery nets just $4,330 USD. So you’ll need to rob 2,771.36 banks between now and the 21st of November (without getting caught) in order to bid on this car at The Art of the Automobile auction due to be held by Sotherby’s and RM Auctions. 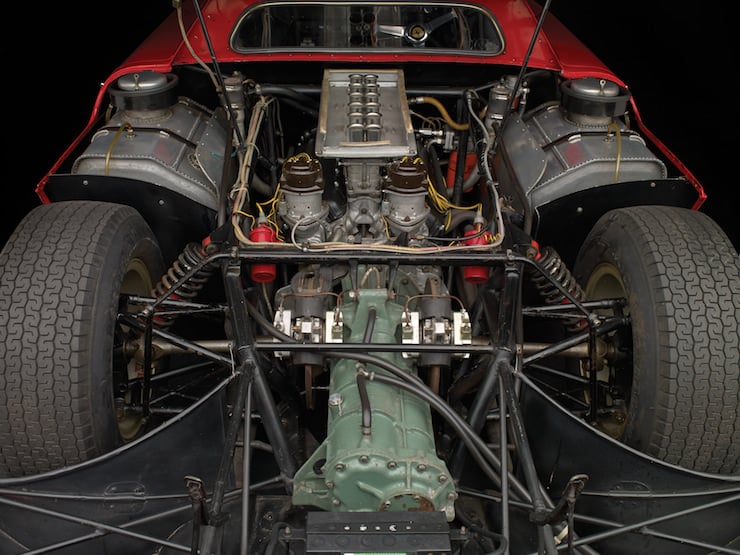 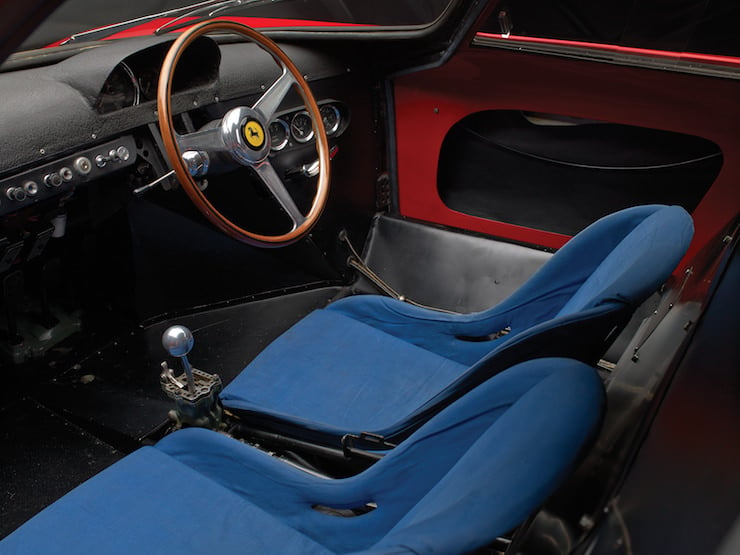 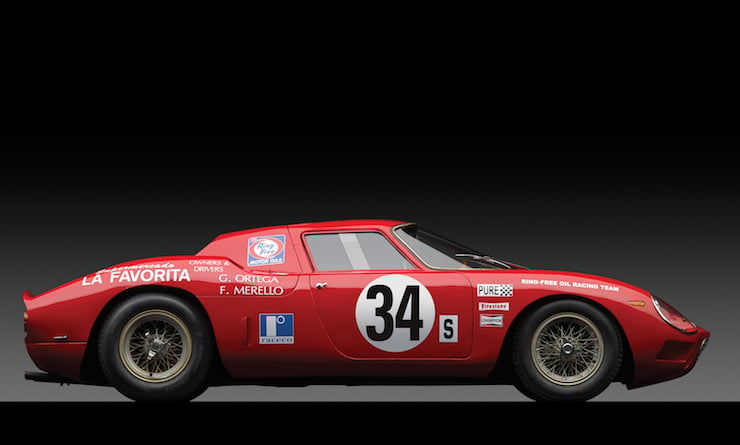 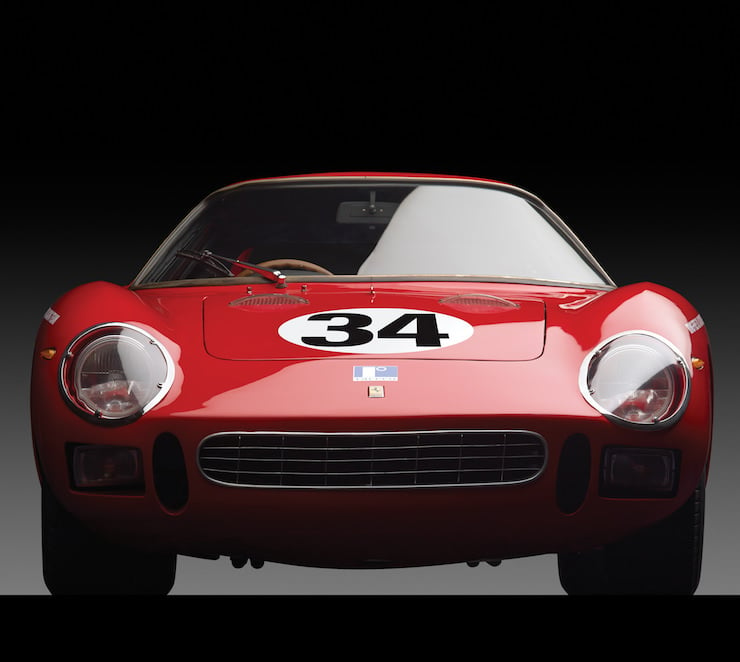 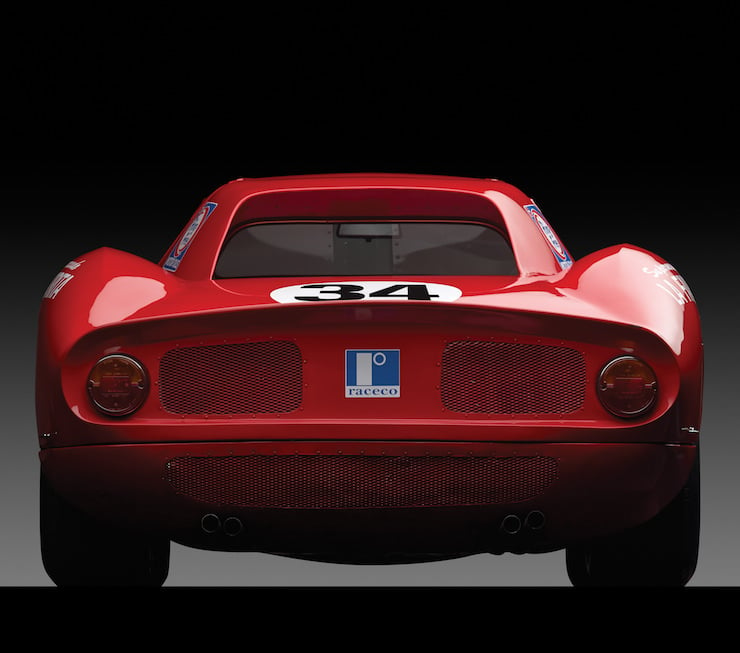 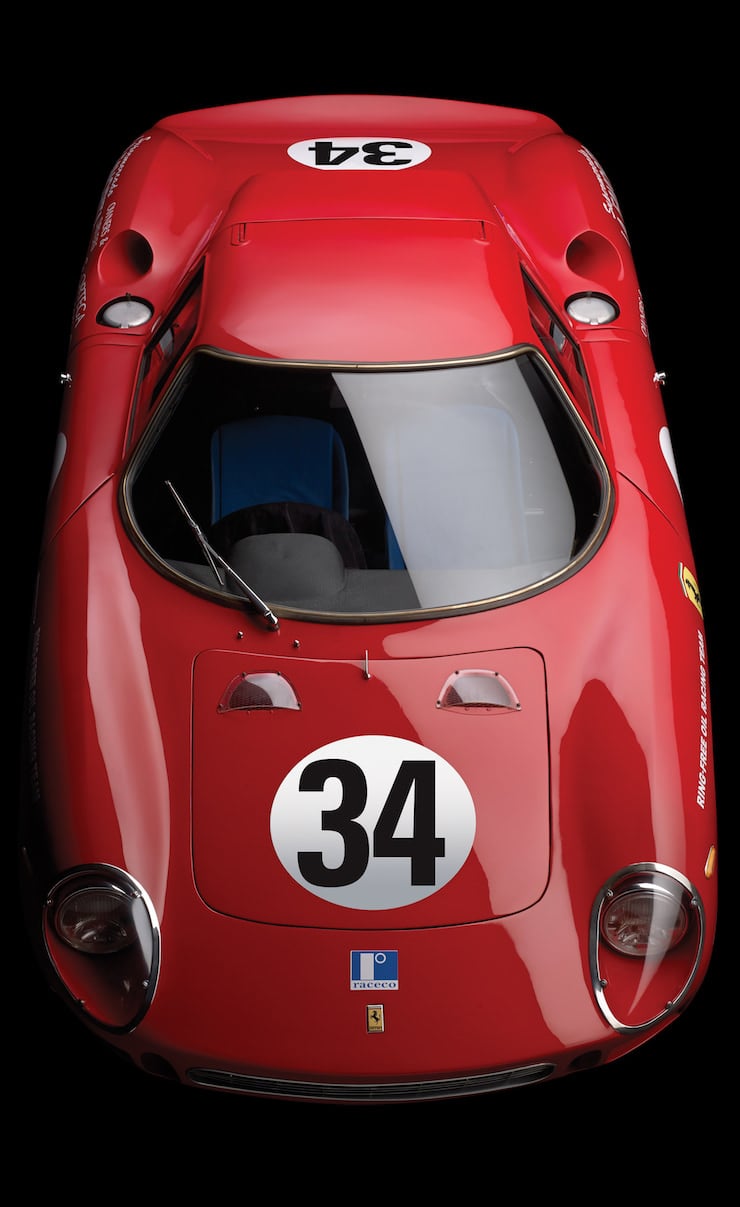 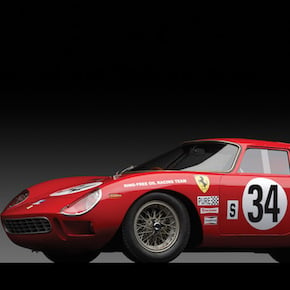 Published by Ben Branch - October 16th 2013
Related Posts
Full Documentary: Thrust 2 “For Britain And The Hell Of It”