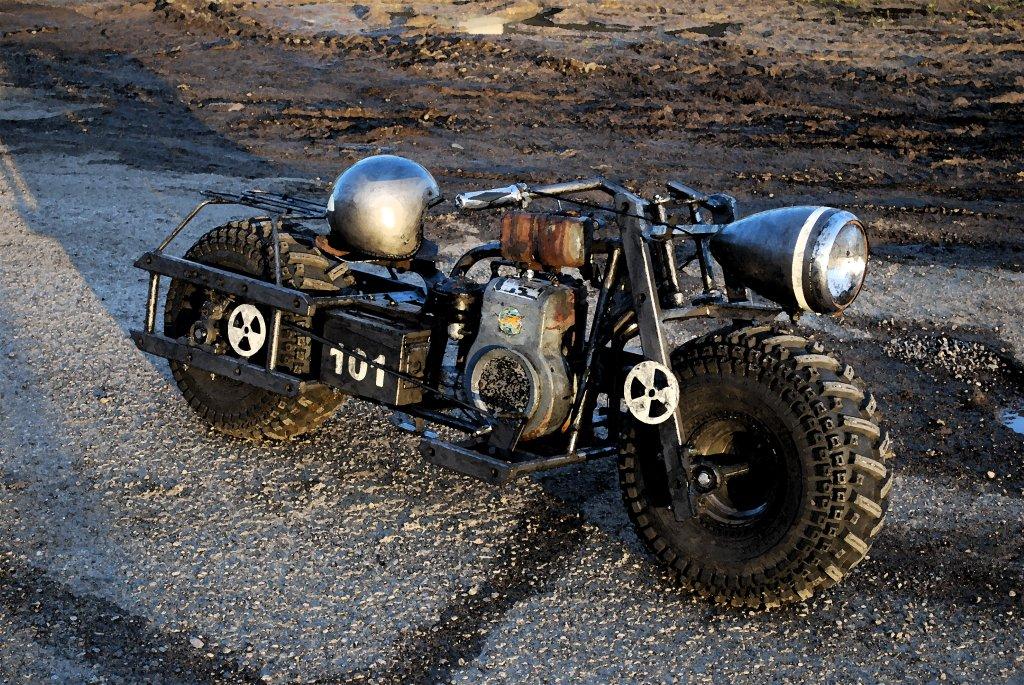 Most guys spend their high school years chasing tail, unsuccessfully trying to buy beer and making every effort to look like Kurt Cobain. Lord knows I did. But that isn’t the path Chris Riffel chose for himself, this inspirational high schooler got a group of friends together, talked some teachers into helping and then set about building a fully functioning Fallout 3 bike, right down to the little radiation emblems on the front and rear.

For those who are wondering what the hell Fallout 3 is, it’s a video game set in a post-nuclear-apocolyptic wasteland. I’m not a huge gamer but I did have a go at this one and I have to admit, it was fun to walk around the Las Vegas landscape shooting things. Usually people get mad at you for doing that. 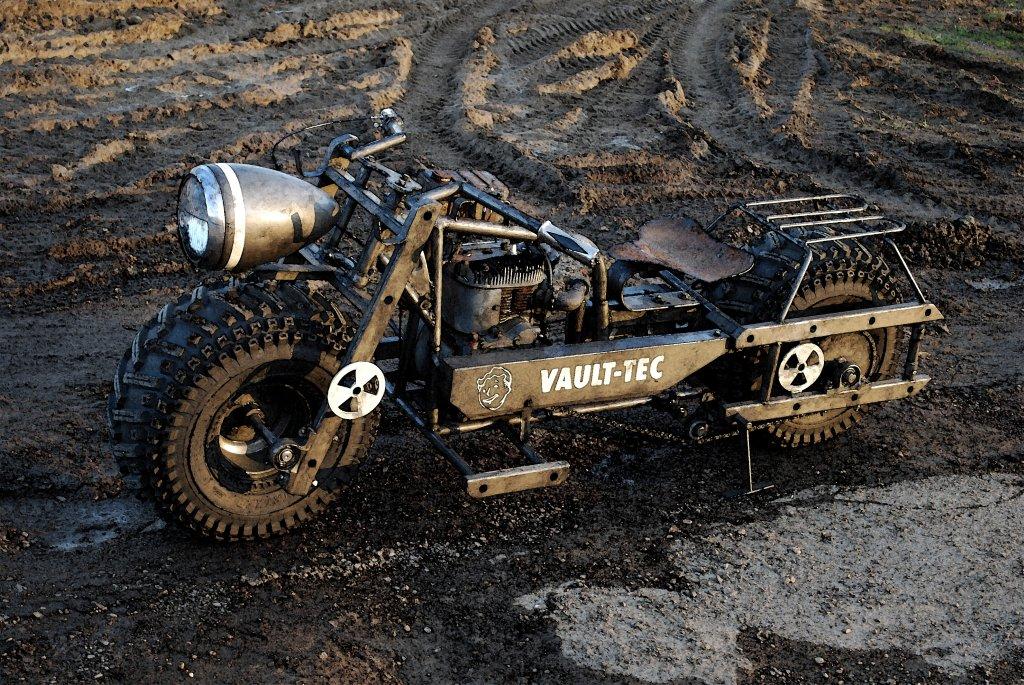 Chris, his friends and teachers spent weeks working on this bike, all the steel was cut and welded locally, the engine was procured from scrap and they decided to forgo a transmission. Suspension was also left off the table as was a front brake, a bike like this really doesn’t need either as it wont be going all that fast and those huge tires actually act like rudimentary springs.

Sadly there isn’t much more information on the Fallout 3 motorcycle, though I’m sure if you have some spare time you could build one yourself.

So long as you have some high school buddies at hand and some of that beer I mentioned earlier. 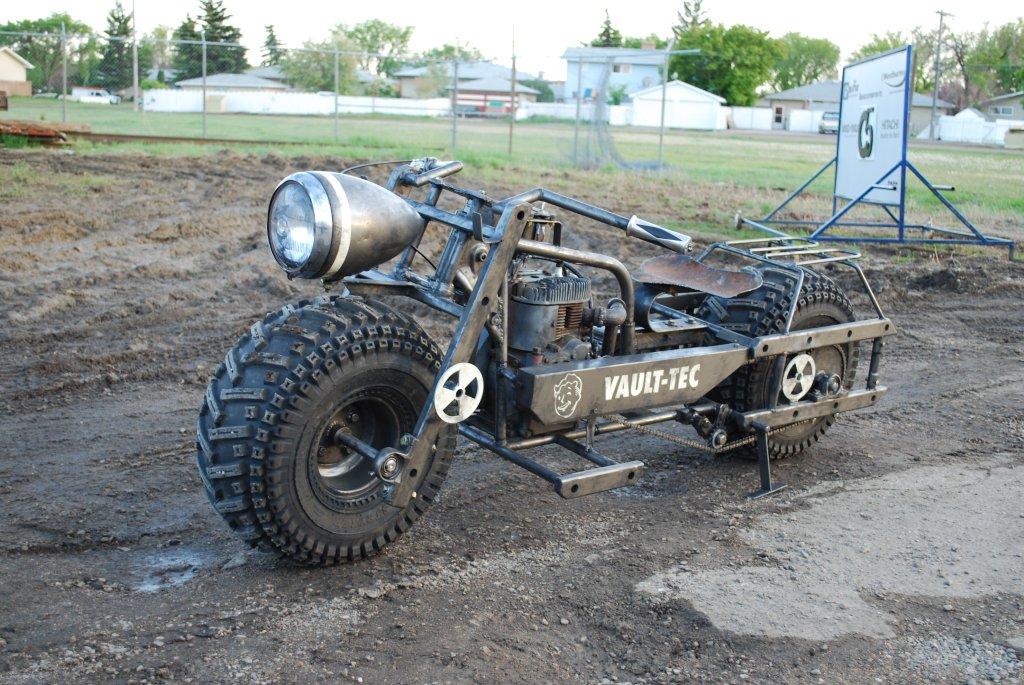 Via The Bethesda Blog 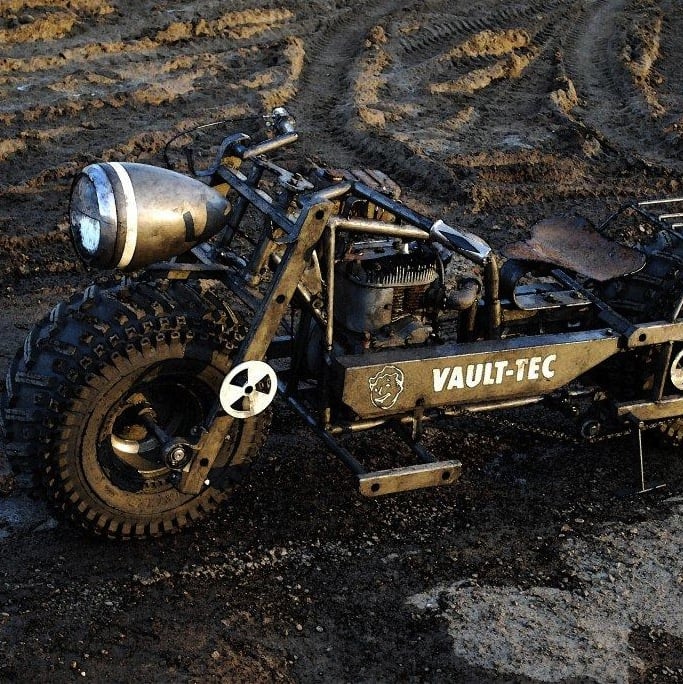