This is a 1944 Douglas A-26 Invader, it saw action in World War II in Europe with the 9th Air Force during the Battle of the Bulge. It then later saw action in the Korean War with the 3rd Bomb Wing.

The A-26 Invader was one of the more popular light bombers of WWII due to its high speed, maneuverability, good payload, and the fact that it was typically flown with a minimal crew including just one pilot.

Fast Facts – The Douglas A-26 Invader

The Douglas Aircraft Company was founded in 1921 by Donald Wills Douglas Sr., a man who would go on to become a titan of the global aerospace industry. 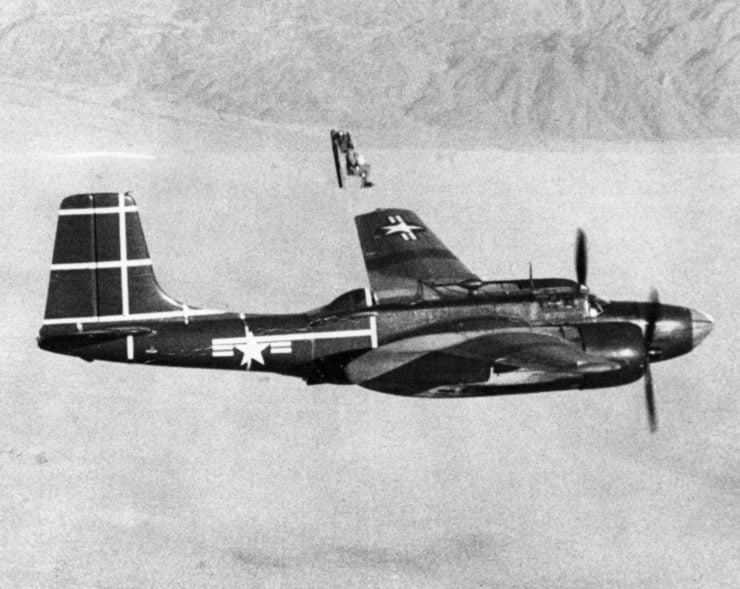 Early in the company’s history they had a remarkable stroke of good fortune when in 1923 the U.S. Army Air Service became interested in putting together an expedition to become the first to circumnavigate the globe by aircraft – they called the program “World Flight.”

Donald Douglas quickly realized that his company’s first military aircraft, the Douglas DT, would be perfect for the mission if it was given more fuel capacity to increase the range between stops. He assigned a young engineer named Jack Northrop to the job, the same man who would later start the Northrop Corporation which would become one of America’s most important experimental aircraft companies.

The Douglas DT was a two-place, single engine, open cockpit, biplane torpedo bomber that first flew in late 1921. It has a main fuselage made from welded steel tube with a fabric covering and they could be fitted with either floats or conventional landing gear.

The U.S. Army Air Service would go on to order four of the new long-range Douglas DTs, two of which would complete the flight around the world, leaving Seattle on the 6th of April 1924. Two of the aircraft would be lost, one in fog and the other in a ditching incident in the Atlantic, but the two surviving DTs landed back in Seattle on the 28th of September of the same year to much fanfare. 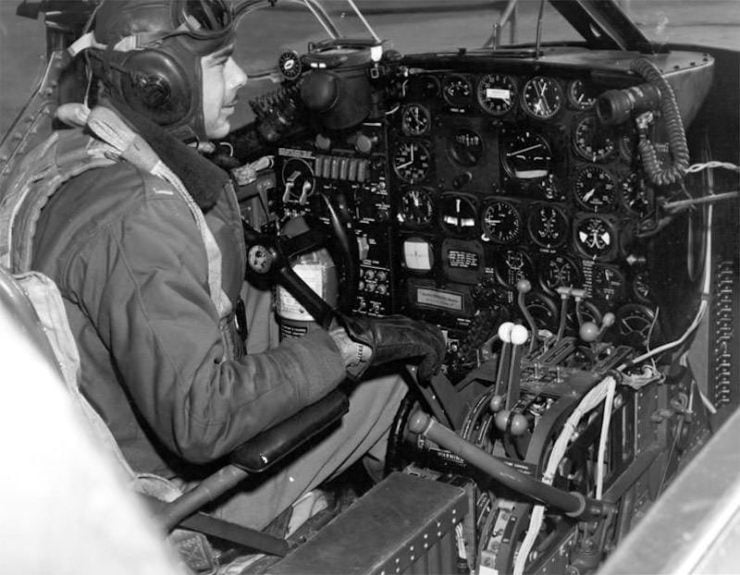 A look inside the A-26 Invader cockpit. Image courtesy of AFHRA

The success of the mission was a major boon for the Douglas Aircraft Company, and they changed their motto to: “First Around the World – First the World Around.”

The Douglas A-26 Invader

The Douglas A-26 Invader was developed by an engineering team consisting of Ed Heinemann, Robert Donovan, and Ted R. Smith. The innovative NACA 65-215 laminar-flow airfoil wing was the work of aerodynamicist A.M.O. Smith, and it would play a large part in the aircraft’s enduring success.

The A-26 was developed with an aluminum frame and skin, tricycle landing gear, two Pratt & Whitney R-2800 Double Wasp 18-cylinder, double-row radial engines, and space for a single pilot, a navigator, and a gun loader.

Over the course of its production, the A-26 Invader was built in two primary configurations and many sub-configurations. The two primary layouts were the A-26B with its “gun nose” designed for ground attack duties and the A-26C which had a perspex nose and a Norden bombsight for medium-altitude precision bombing.

Above Video: This hour-long episode of Great Planes is focussed on the remarkable history of the Douglas A-26 Invader.

The high speed and remarkable adaptability of the aircraft would see it serve in three wars including WWII, the Korean War, and the Vietnam war, with the final example being retired from the USAF in 1972 – 30 years after it first flew.

The aircraft you see here was built in 1944 and as mentioned in the introduction it saw service in Europe during WWII at the Battle of the Bulge. It was then later used in the Korean War.

It’s now being offered for sale by Platinum Fighter Sales, it has 3,293 TTSN (total time since new) and both of its engines have been rebuilt by Anderson Airmotive and they’re now showing 295 hours of use.

If you’d like to read more about it or enquire about buying it you can visit the listing here. It’s being sold for $495,000 USD out of Texas. 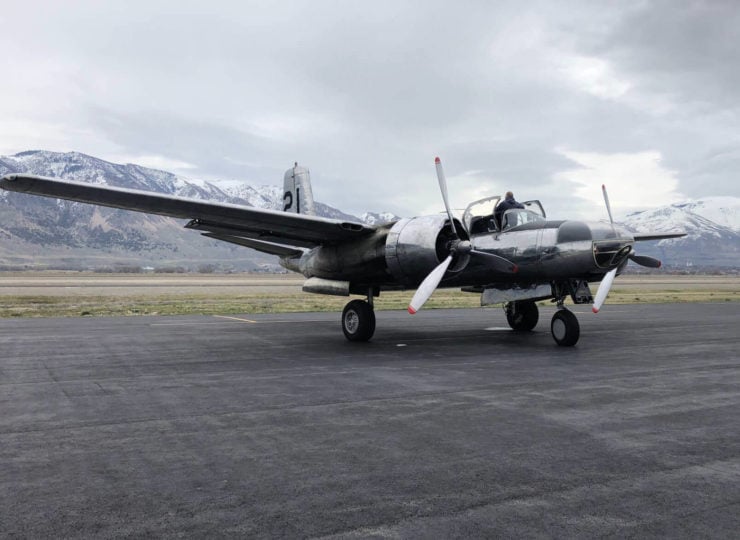 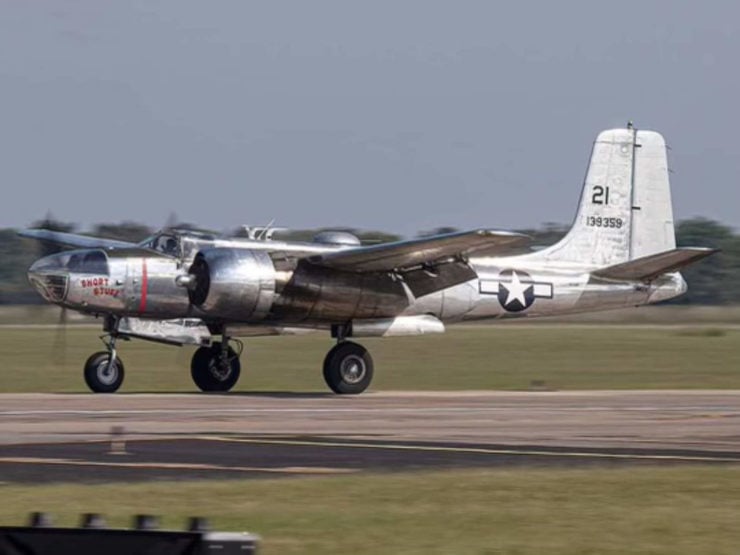 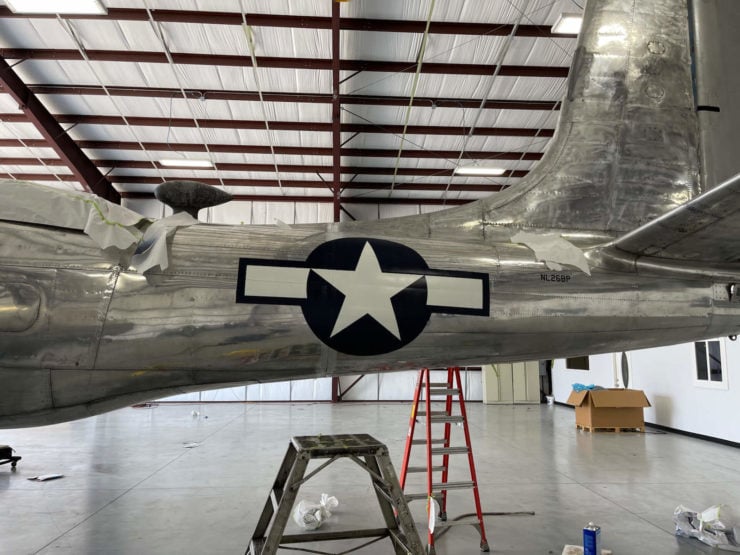 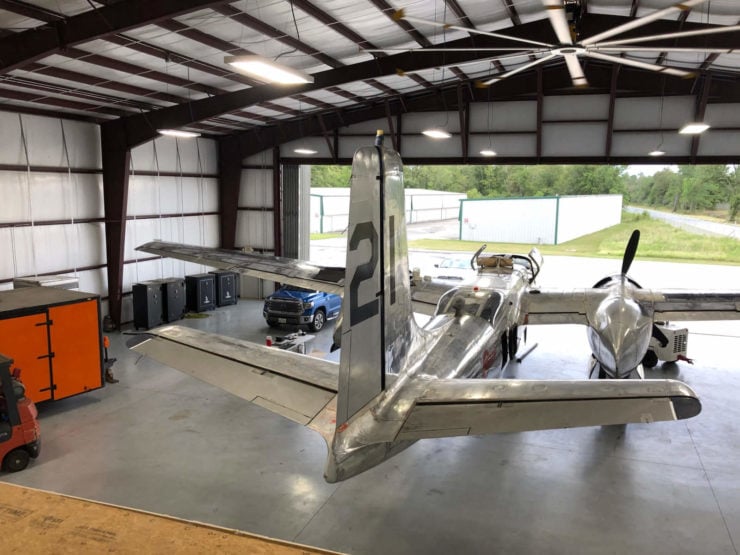 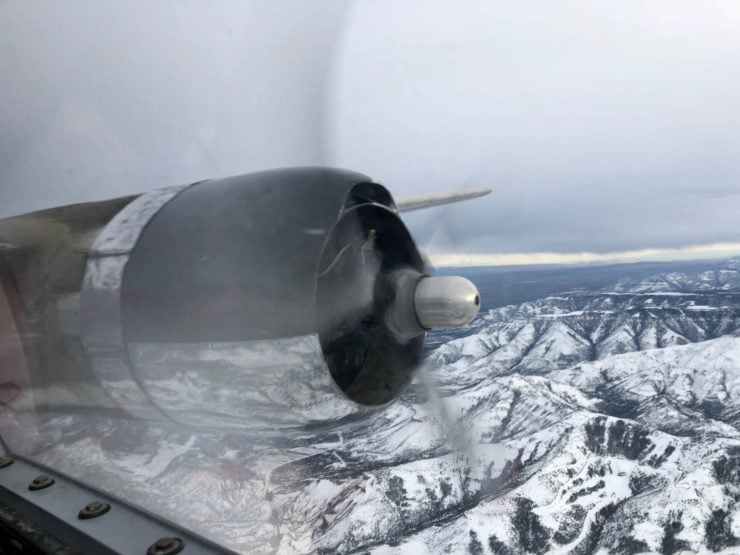 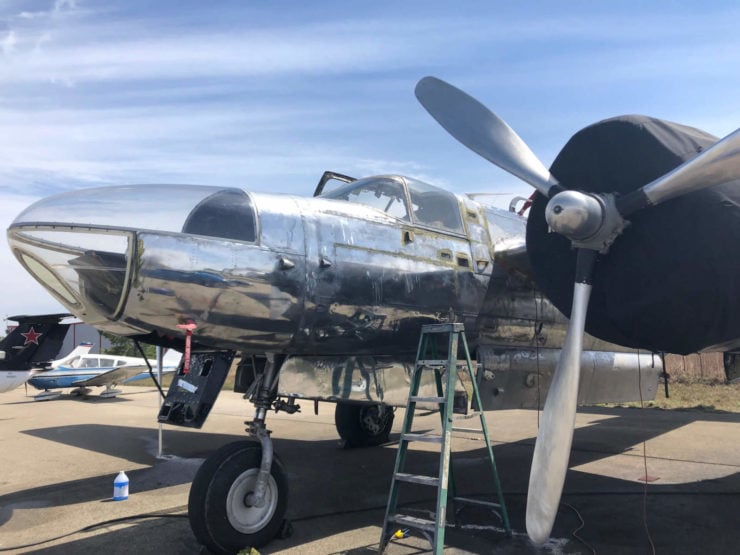 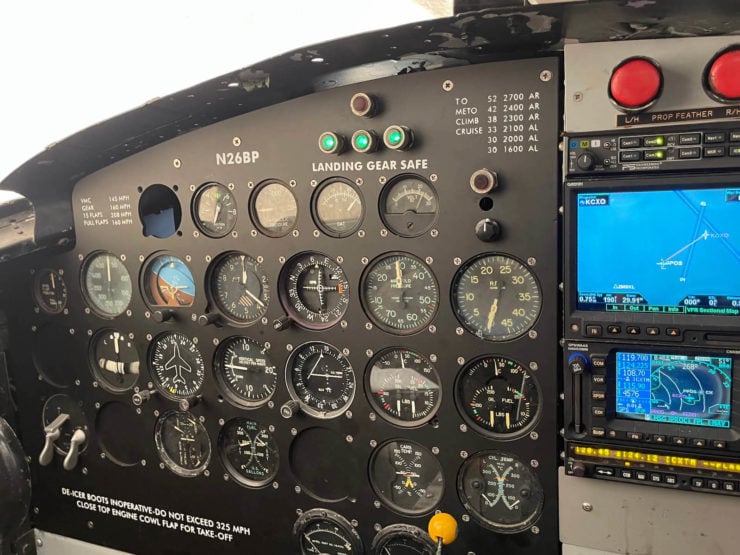 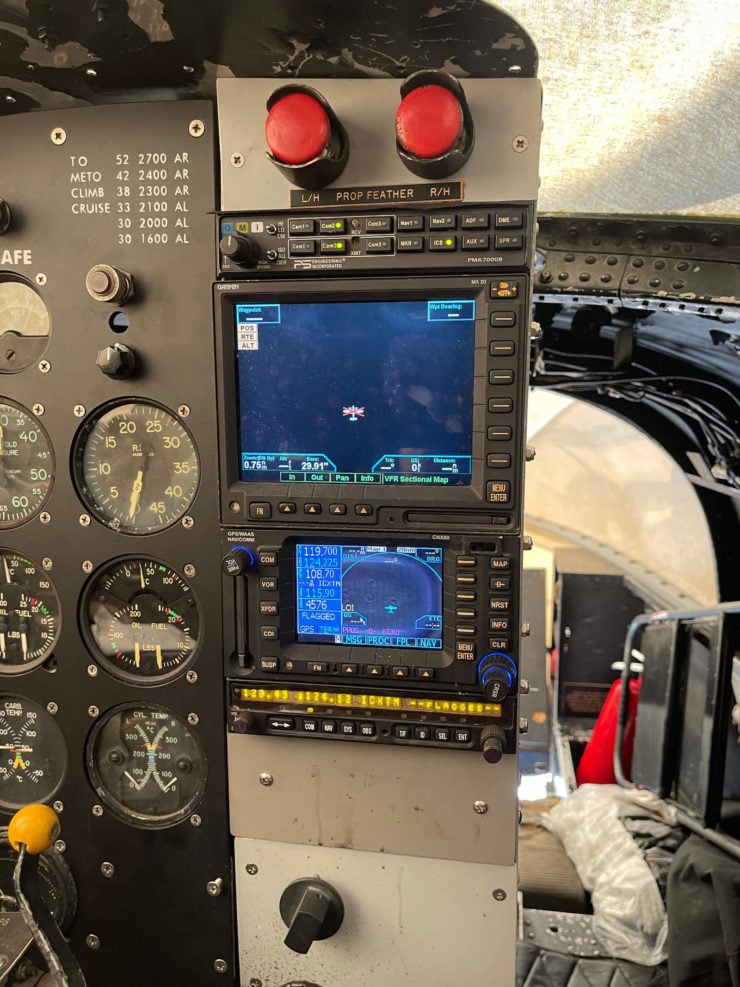 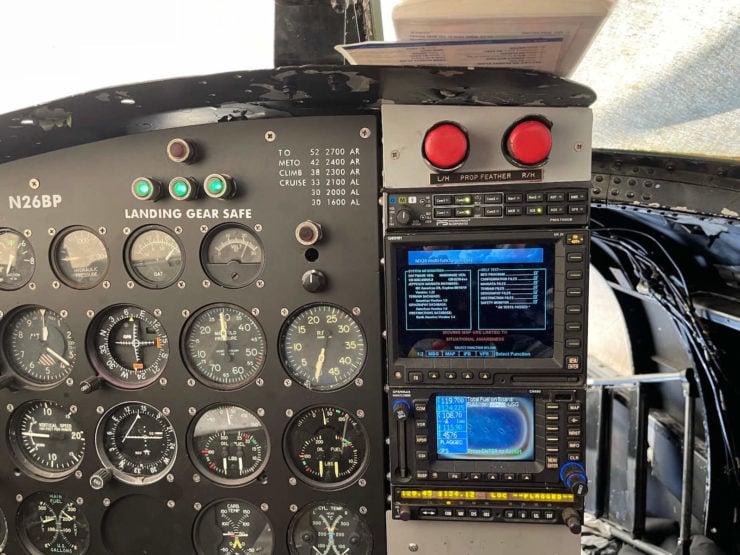 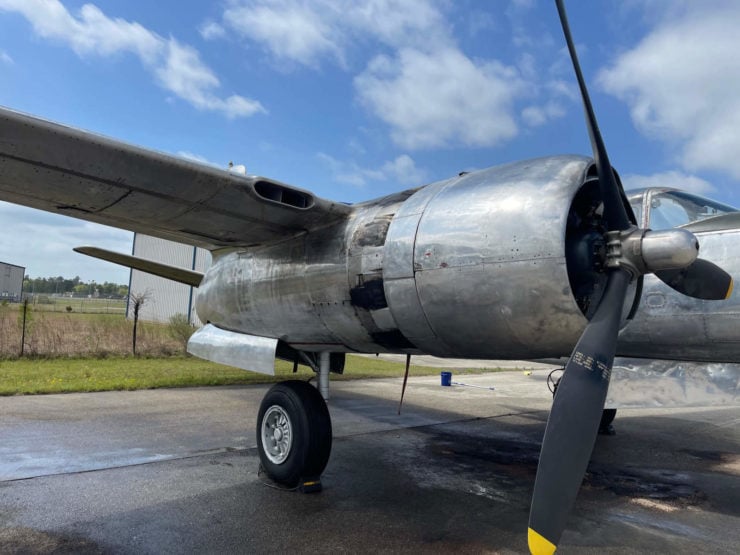 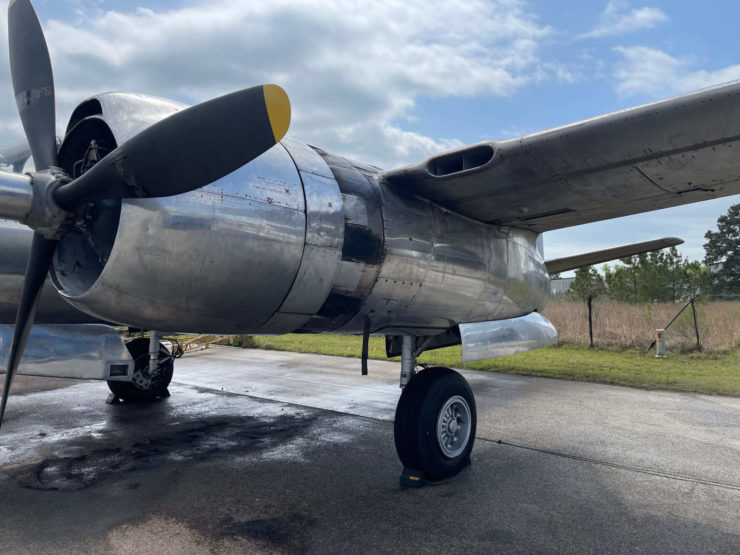 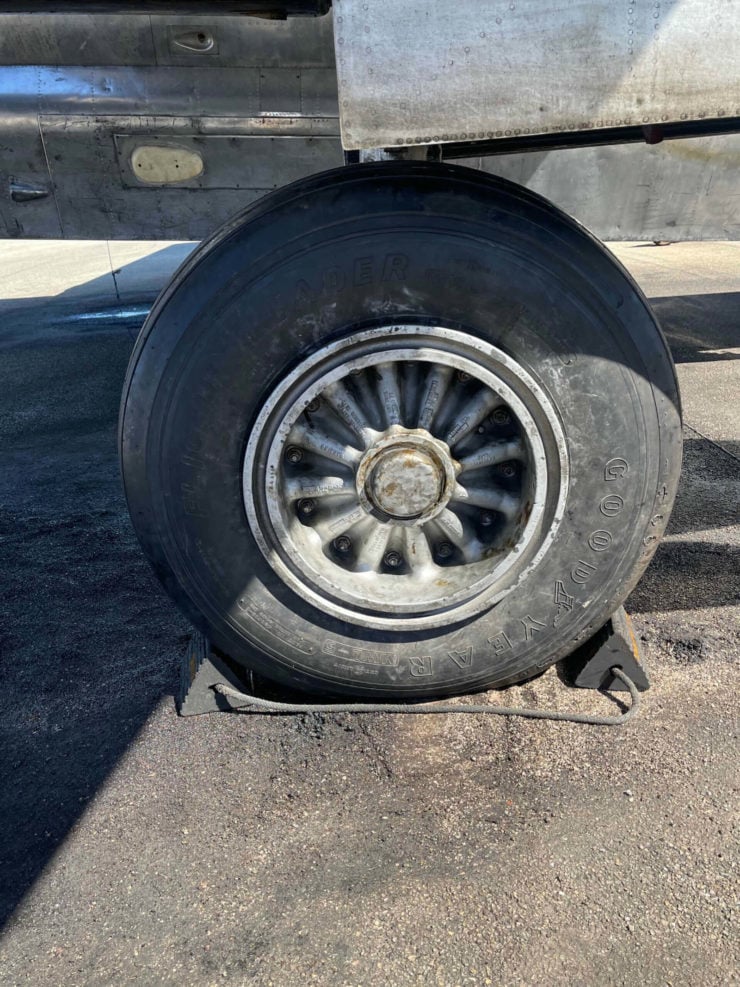 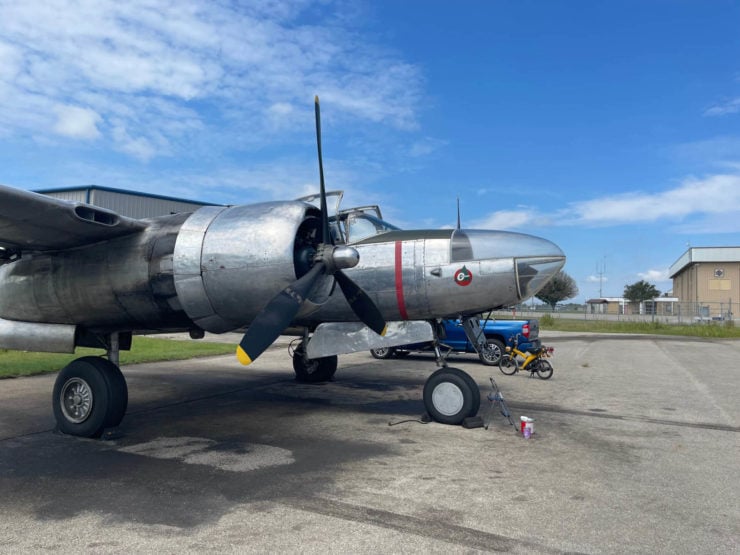 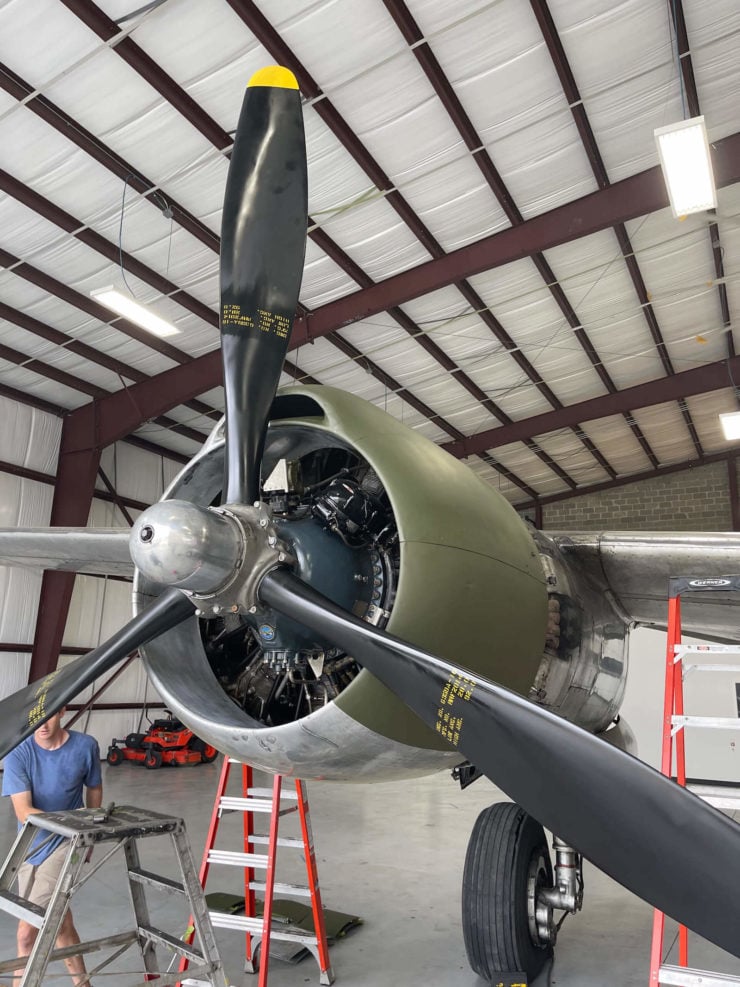 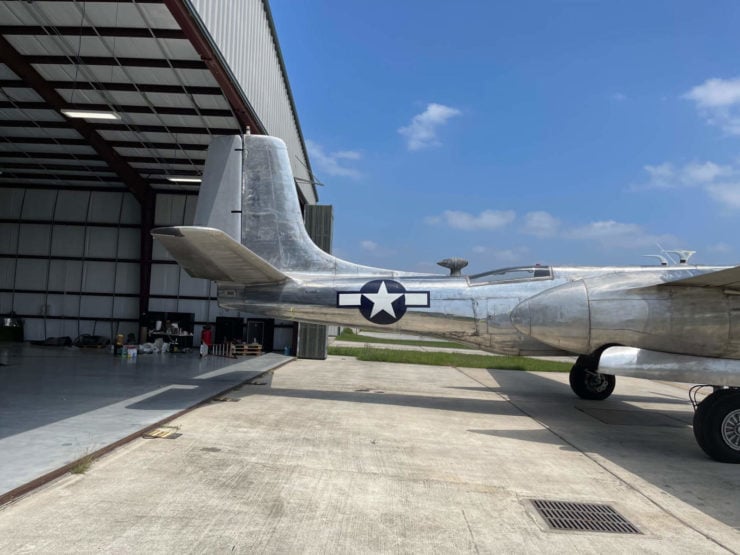