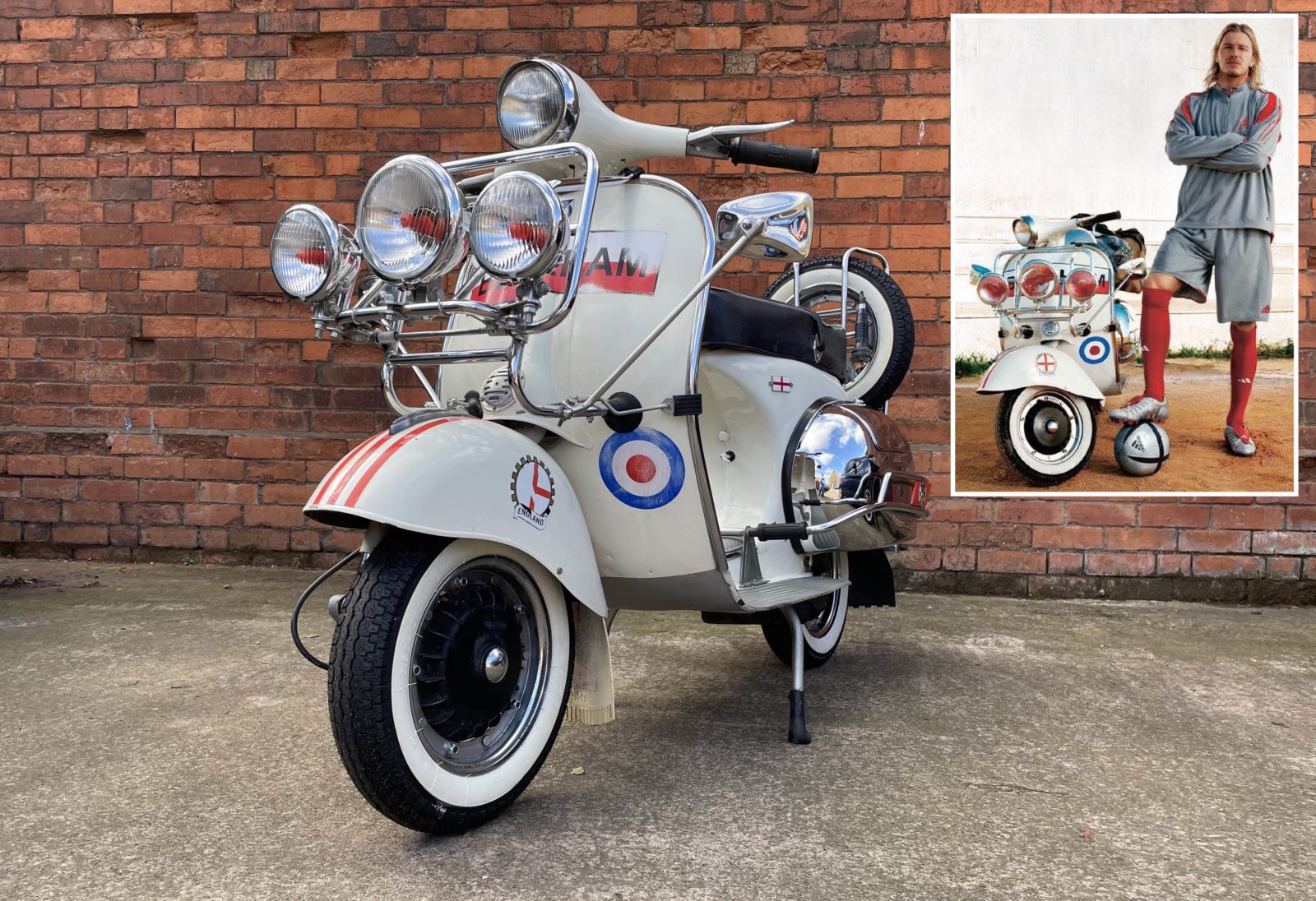 This is David Beckham’s “England Scooter,” it featured heavily in advertising in the lead up to the 2004 UEFA European Football Championship in Lisbon. Beckham loved the scooter so much he kept it after filming wrapped and took it home to the UK with him.

The scooter itself is an unusual Motovespa 150S, essentially a Vespa built under license in Spain for the local market. With 6.5 hp the 150S wasn’t particularly fast, but it was ideal for getting around the tight, twisty streets of European cities and towns.

The Motovespa 150S is essentially a Spanish version of the iconic Italian scooter of the same name. There were some differences under the skin including slightly different front suspension, different headlights, and electronic ignition systems were used on Spanish Motovespas years before they were used on Italian Vespas.

Above Video: This is the original Adidas ad for the 2004 UEFA European Football Championship, it stars many of Europe’s biggest football players of the time including Beckham riding the scooter you see here.

The 150S is powered by an air-cooled 145cc single-cylinder, two-stroke motor producing approximately 6.5 bhp. Power is sent to the rear wheel via a 4-speed transmission, the scooter weighs in at 95 kilograms (209 lbs), and it has a listed top speed of 90 km/h (56 mph).

Motovespa was in business for years, producing Spanish equivalents of the Italian company’s scooters, there were over 16 individual models offered over the company’s active period before it was acquired by Piaggio and rolled into the main Vespa brand.

This scooter was customized in English Mod-style livery for David Beckham as part of the 2004 “Road To Lisbon” ad campaign by created for Adidas by 180 Amsterdam and TBWA. 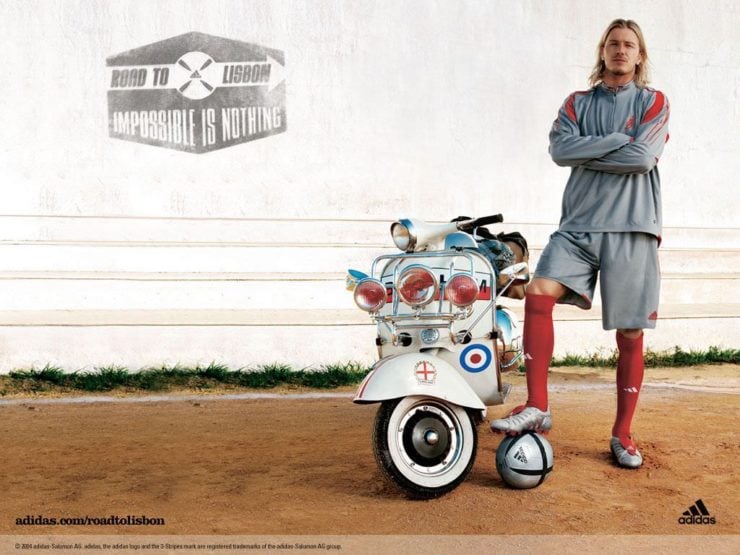 This is an ad from the 2004 “Road To Lisbon” campaign, released in the lead up to the 2004 UEFA European Football Championship.

Over a dozen individual scooters were bought, each was then customized by a garage in Seville, Spain under instructions by Widescope Productions. Scooters were made for other major European players including Zinedine Zidane, Ashley Cole, Michael Ballac, and many others.

After filming for the ad was completed Beckham had grown attached to his Motovespa and ended up taking it home to Hampshire, England and keeping it as a memento. He would keep it for a couple of years before offering it as a prize for a competition, at which point it was won by a member of the public.

It’s now due to be offered for sale with H and H Auctions out of the UK, and it’s accompanied by an official match ball from the tournament, a copy of the 2004 Scootering magazine with the supporting article about the scooter, and an official Beckham poster from the advertising campaign. 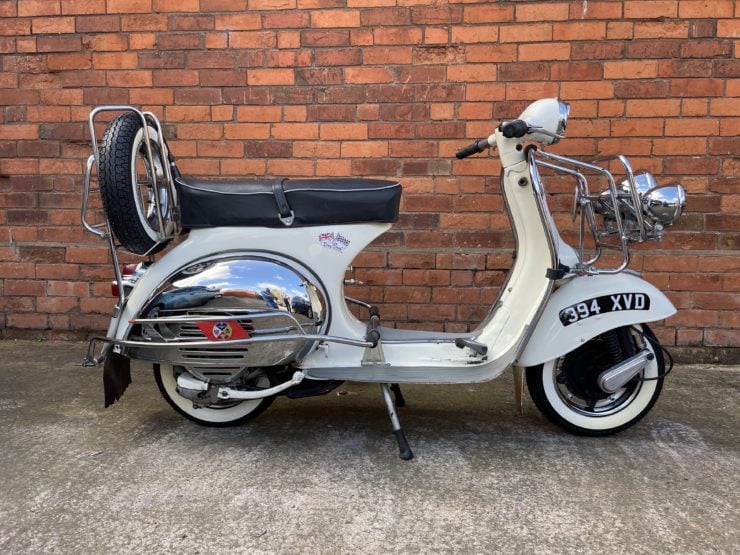 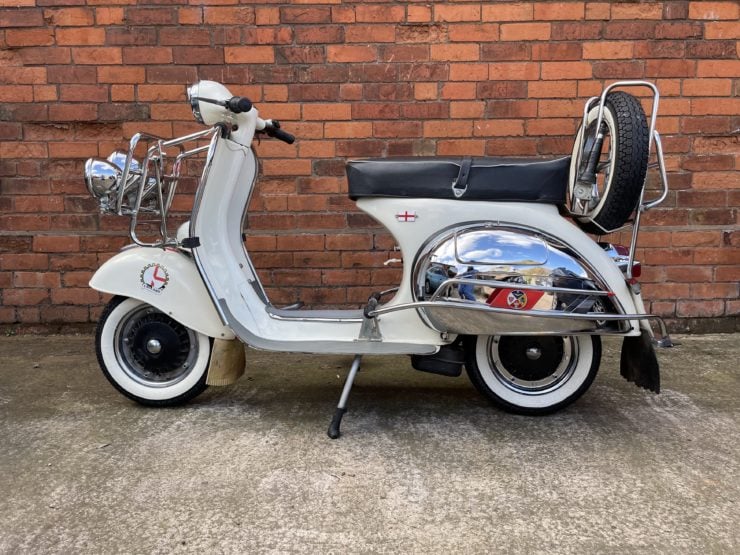 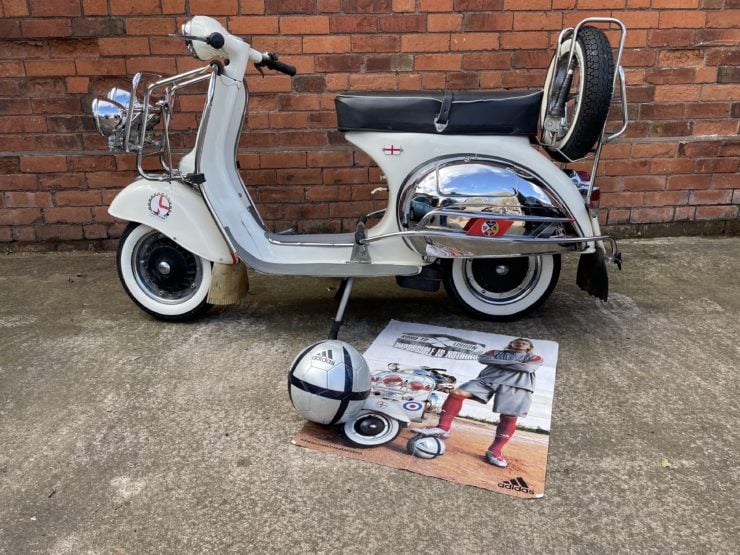 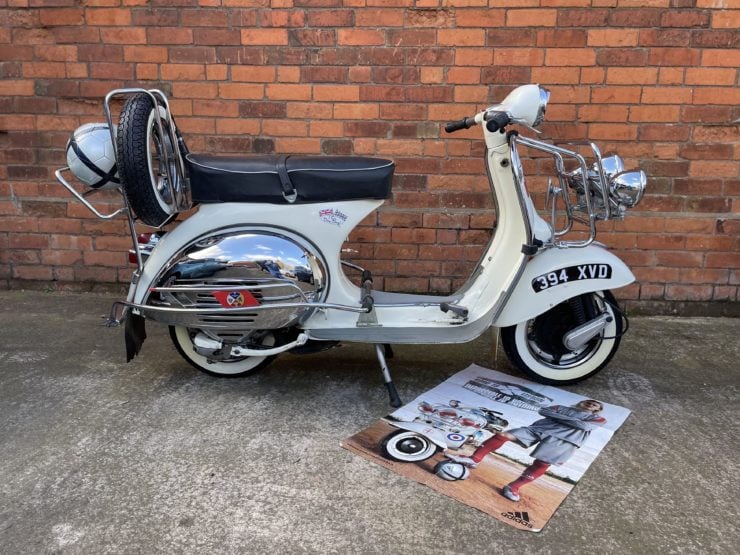 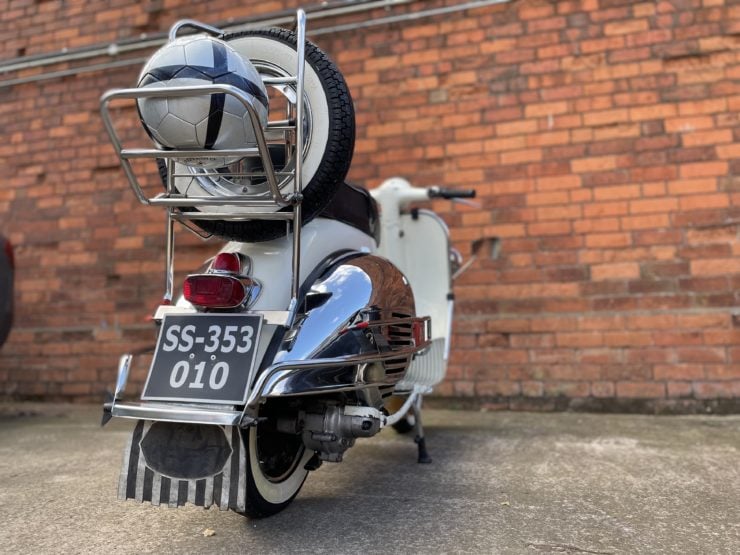 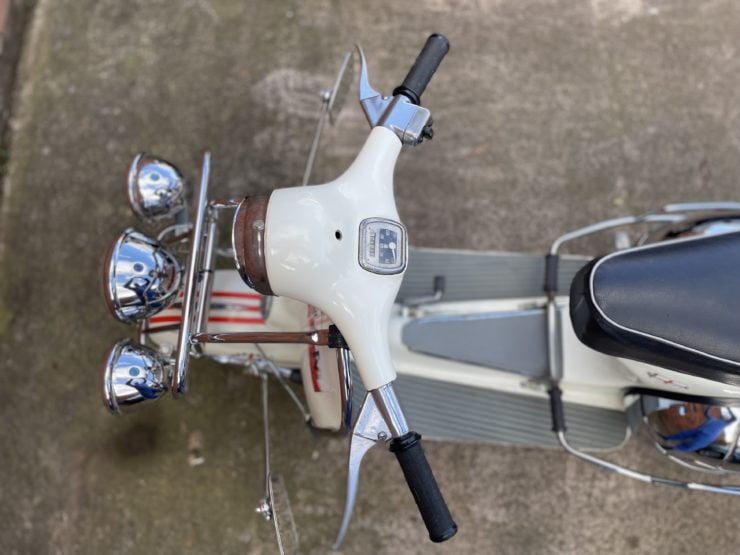 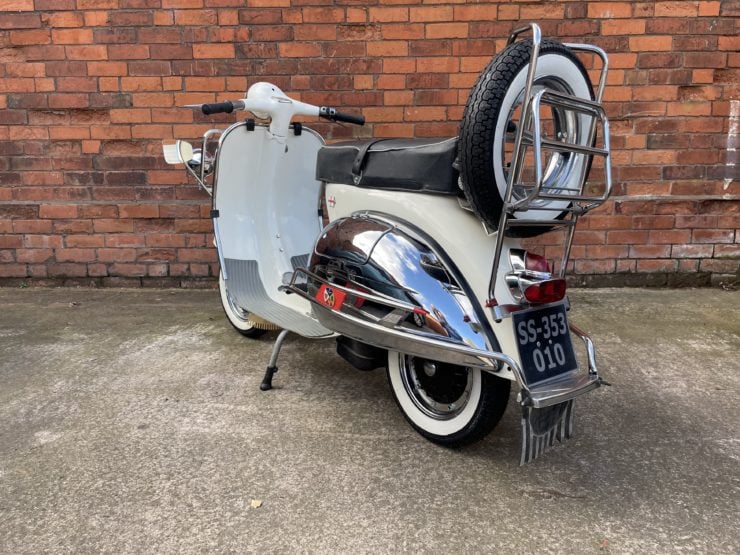 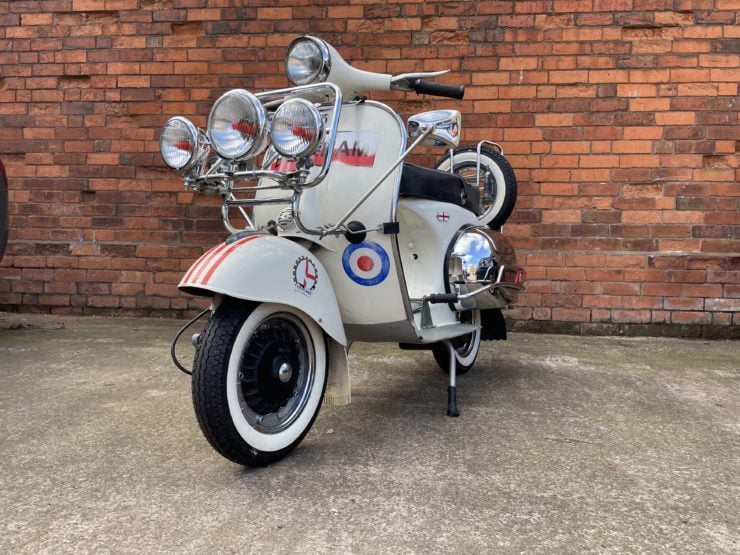 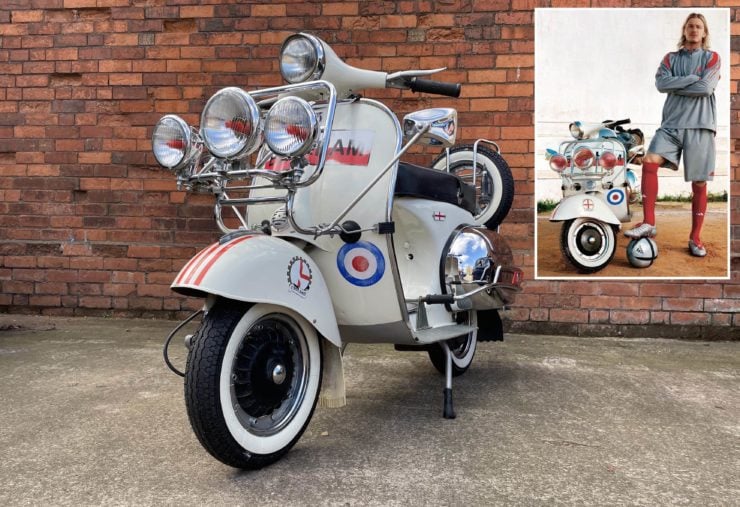 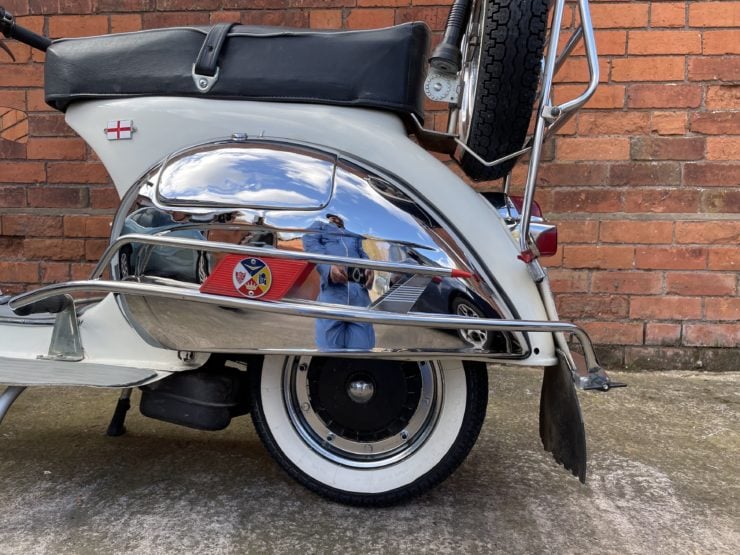 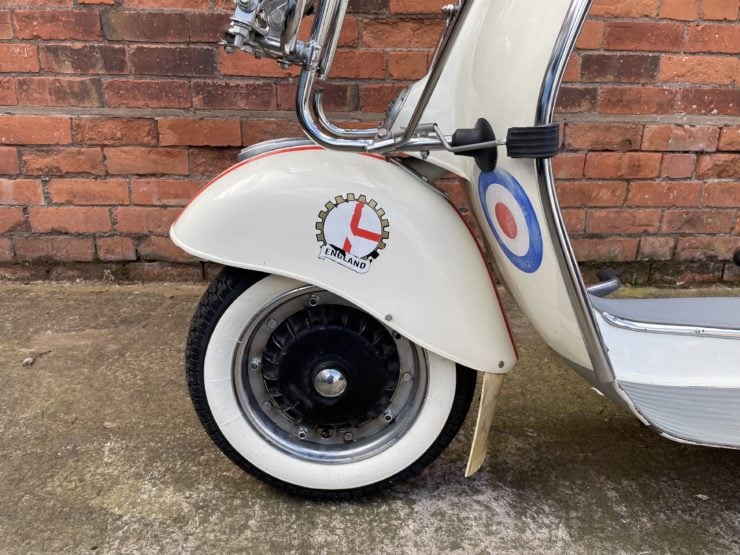 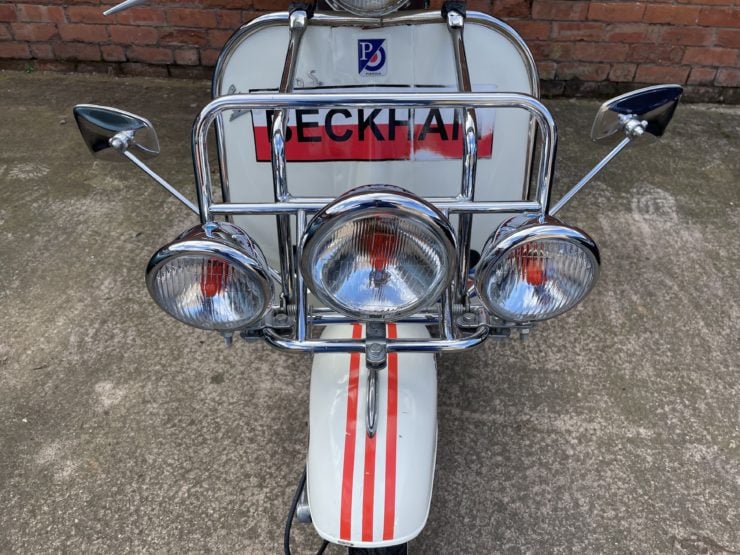 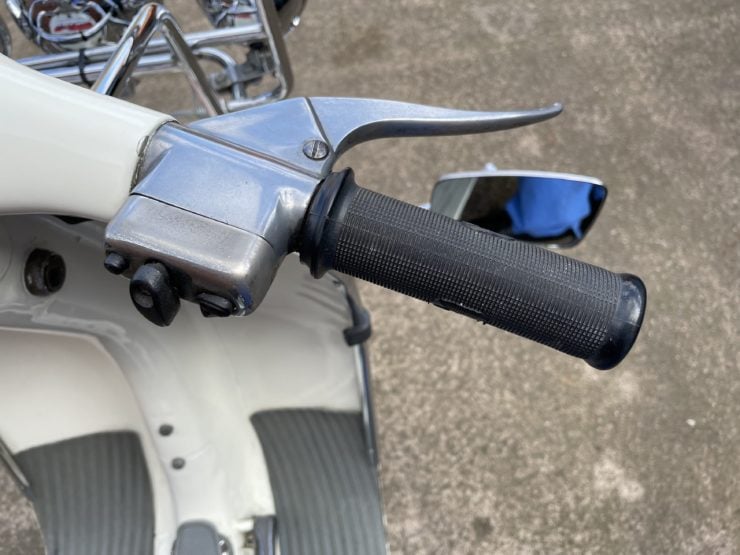 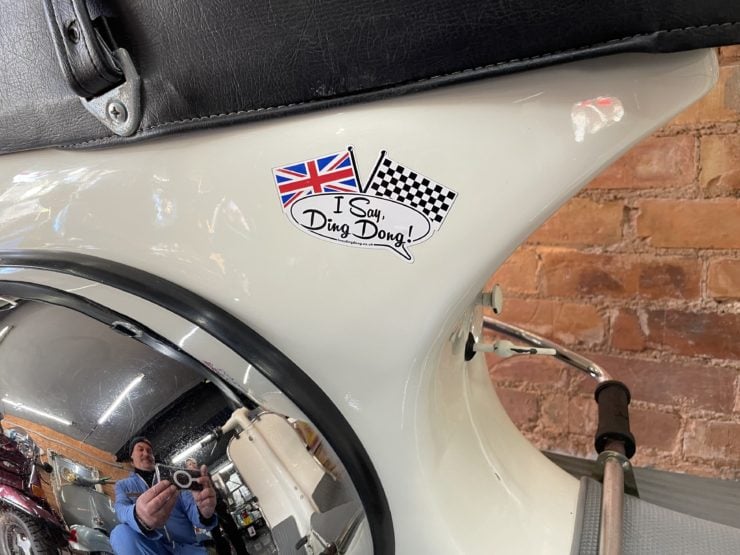 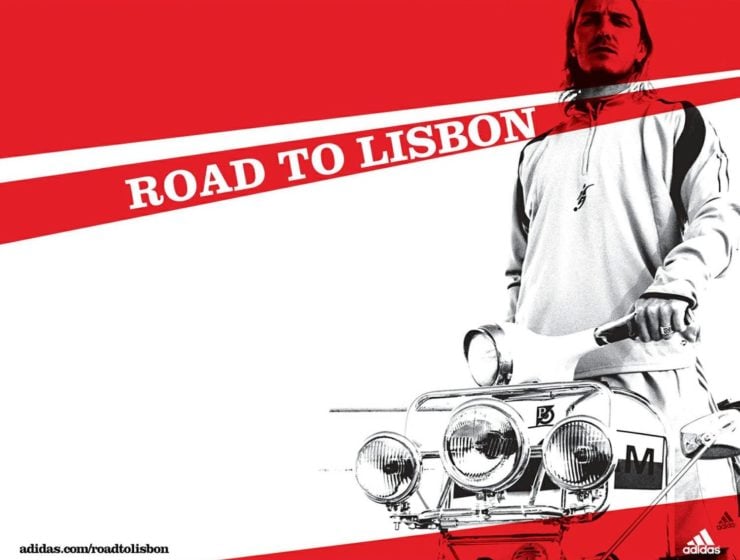