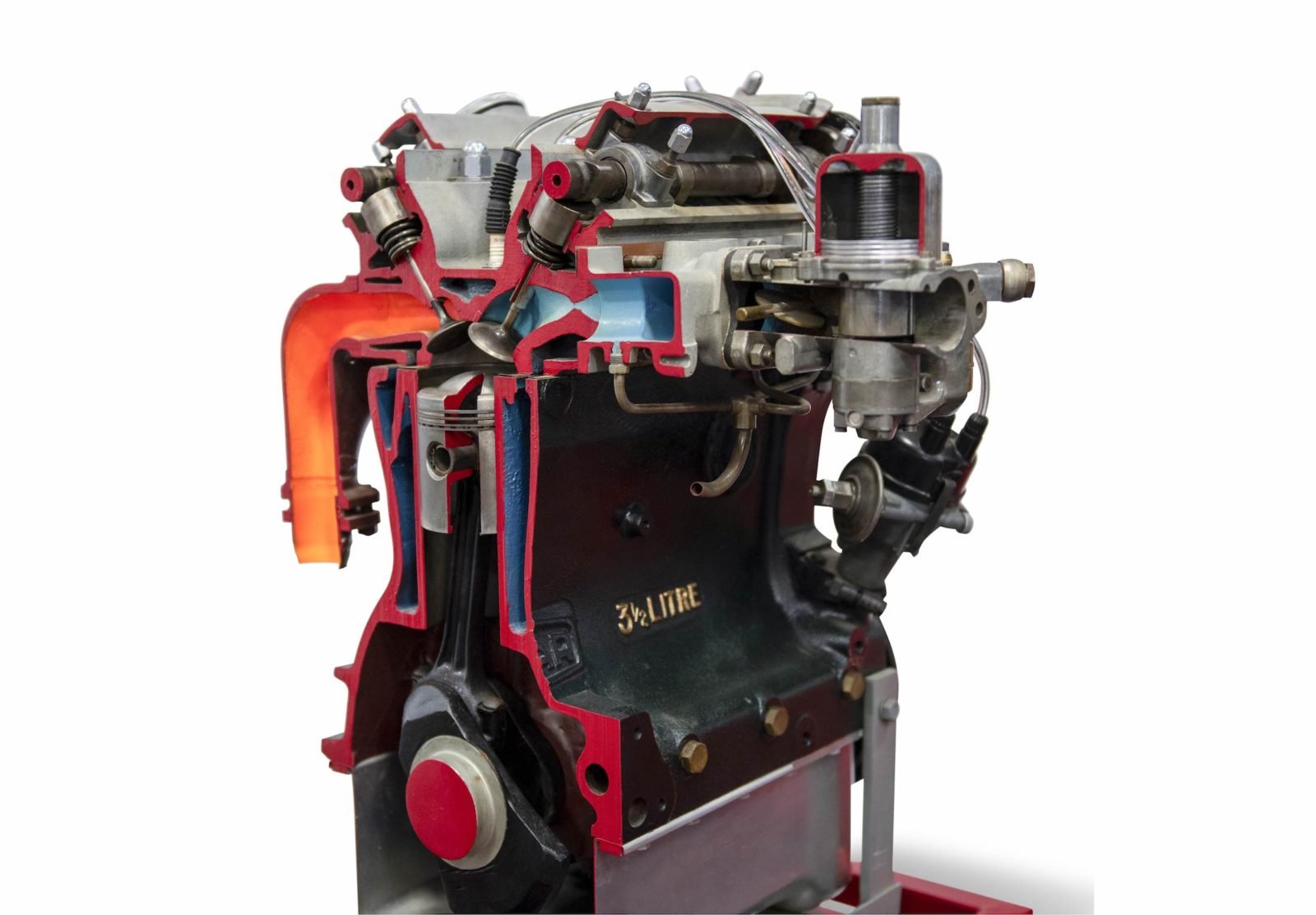 The Jaguar XK straight-six engine regularly features on lists of the top engines of the 20th century. It was an advanced design that had originally been conceived on the roof of the Jaguar factory by engineers on night fire-watch duty during the bombing raids of WWII.

The Jaguar factory was important for the Allied war effort, they were repairing military aircraft as well as supplying sidecars and trailers to the armed forces. The fire-watch on the roof regularly featured three of the company’s most important engineers: William Heynes, Walter Hassan, and Claude Baily. 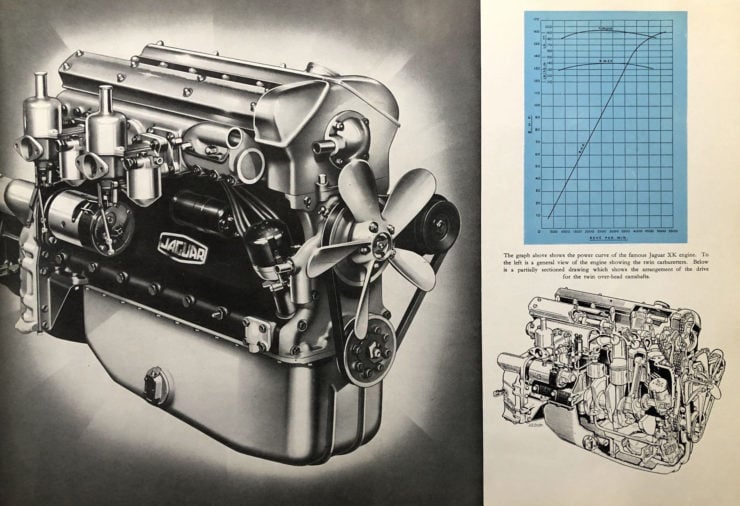 This 1950s illustration of the Jaguar XK engine shows both the complete engine on the left, and a cutaway of it on the right.

In what was an act of remarkable optimism during the dark early days of WWII, the three men began planning a line of engines for post-war production. The initial plan was to develop a small 2.0 liter inline-four and a larger straight-six for their most luxurious and sporting automobiles.

Ultimately the inline-four “XJ” was built and tested, followed by the straight-six “XK” which was immediately favored for its excellent power output and its smooth operation. Heynes, Hassan, and Baily knew they needed to develop a future proof engine that could remain in production for many years without needing redesigning or replacement.

With this in mind they designed both the XJ and the XK with double chain driven overhead cams, vee-opposed valves, hemispherical combustion chambers, and a lightweight, cast aluminum cross-flow head. 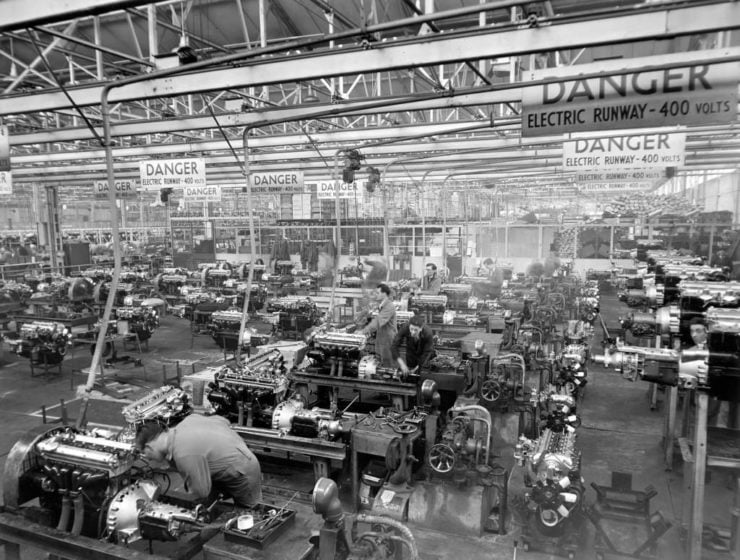 All-In On The Six

Ultimately the four-cylinder XJ engine would be dropped and a smaller six-cylinder version of the XK would be developed with a displacement of 2.4 liters, one liter under the 3.4 liters of the first larger XK engines.

Remarkably the XK engine would remain in production from 1949 until 1992, a 43 year production run that saw the displacement increase from 3.4 liters to 4.2 liters, and larger still in the hands of privateer racers.

In the 1950s racing versions of the XK engine would win countless races including the 24 Hours of Le Mans, which it won twice in the C-Type and three times in the later D-Type.

The XK engine would power many of Jaguar’s greatest post-WWII cars including the XK120/XK140/XK150. The aforementioned C-Type and D-Type as well as the famous E-Type, the Jaguar Mark 1 and Mark 2, the Jaguar S-Type, the XK6 and a number of others. 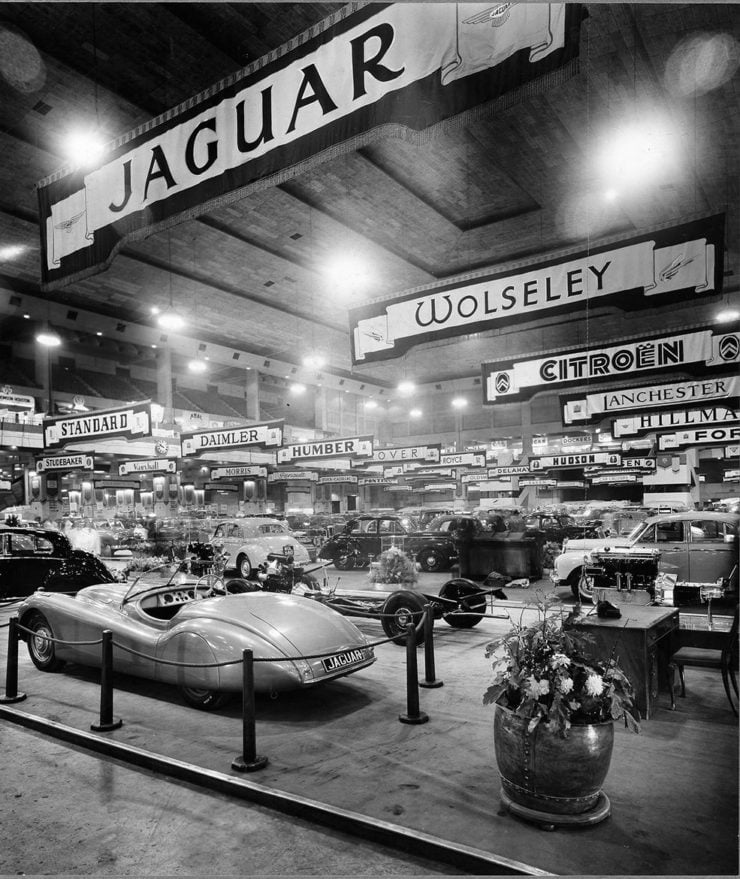 This picture was taken at the 1948 London Motor Show – the car in the lower left of this image is the Jaguar XK120, sitting next to an open example of its own chassis and engine. Image courtesy of Jaguar Land Rover.

The XK engine you see here is essentially half and engine, cut after cylinder number three to show off the internal workings of Jaguar’s most famous engine.

The engine has been cut open in many sections and the interior has then been painted with color coding to help show the engine’s various functions. You can see directly into the SU carburetor, including into the float bowl.

You can also see into the distributor, into the cam covers, and perhaps most importantly into the cylinder itself with the valves, piston, connecting rod, and crankshaft.

This unusual display piece is now due to roll across the auction block with RM Sotheby’s in late September with no reserve. If you’s like to read more about it or register to bid you can visit the listing here. 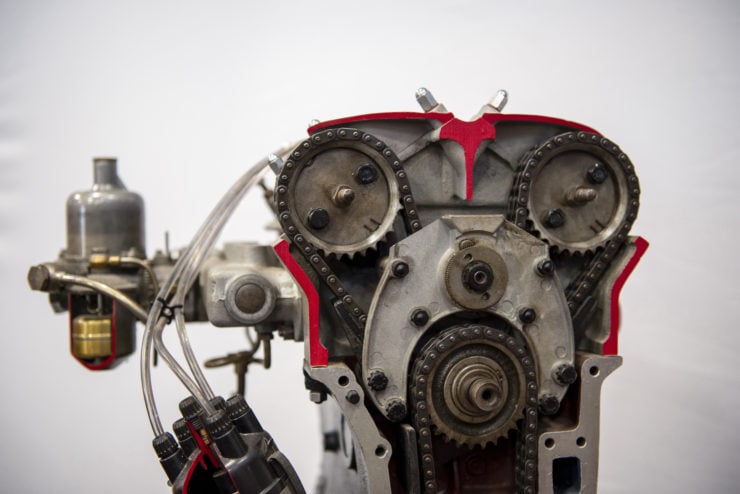 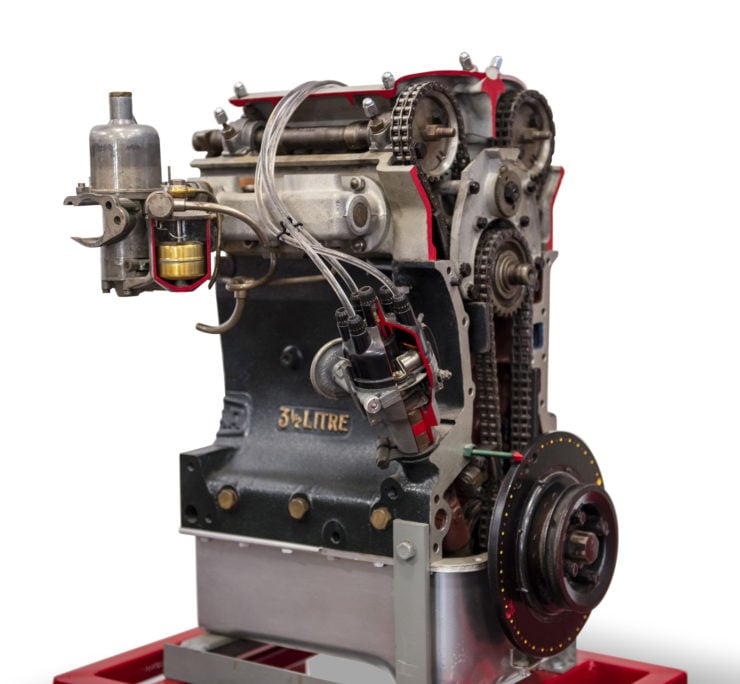 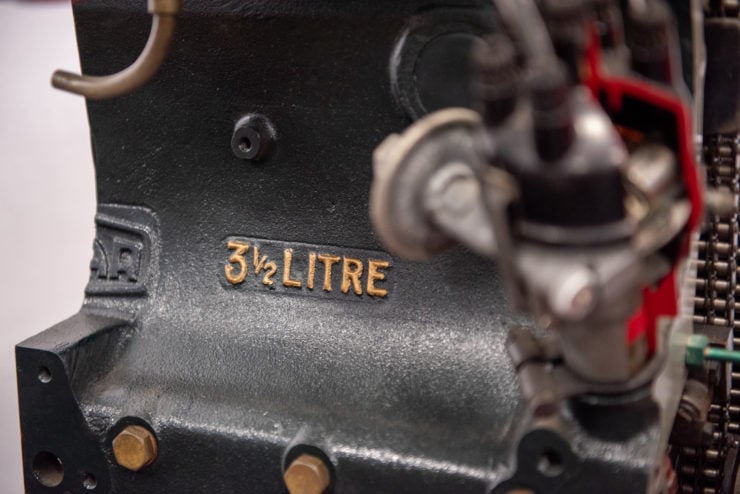