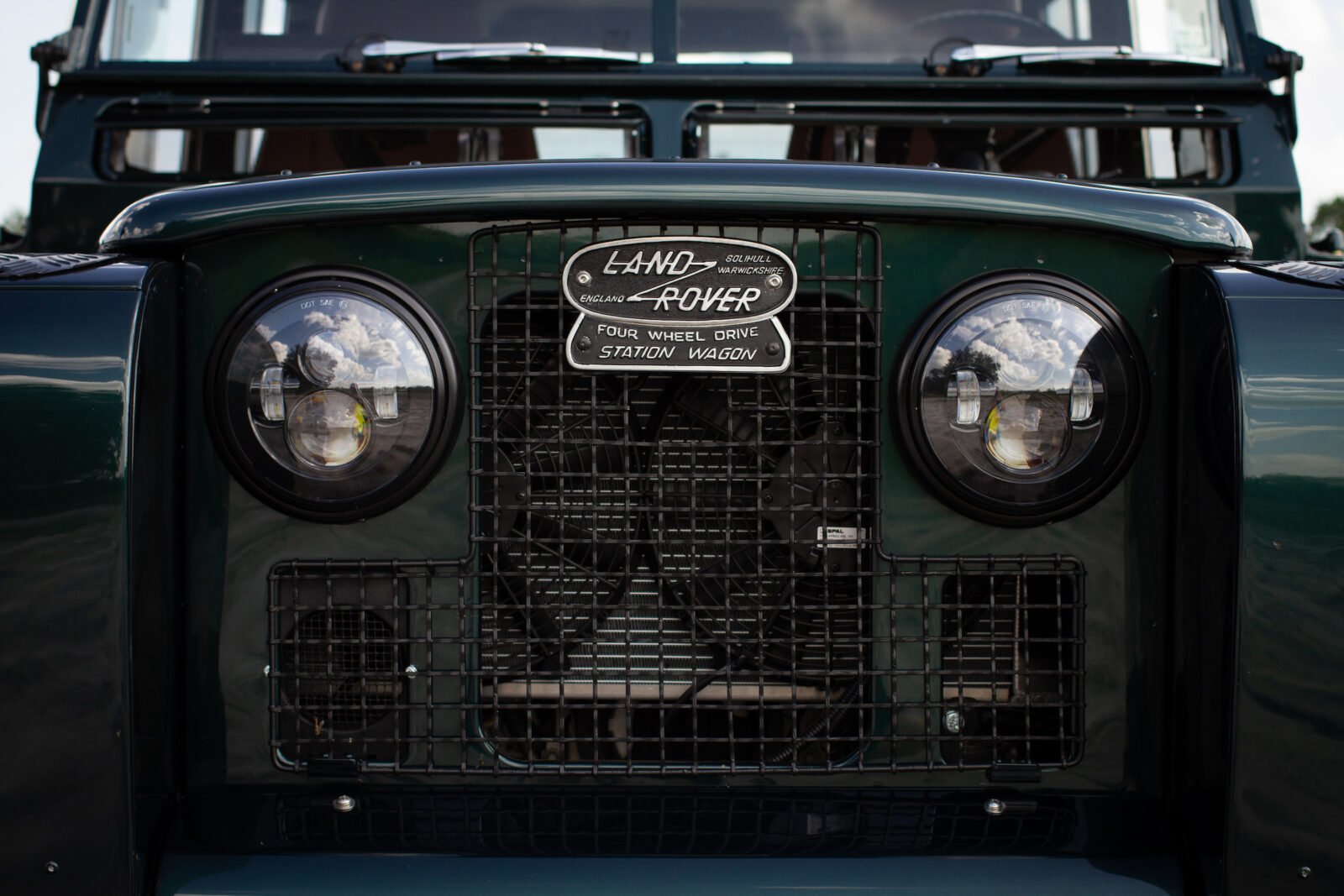 When the Land Rover Series 2A was first released in 1961 the engineers behind it would have had no idea that almost 60 years later one of their hardy 4x4s would be fitted with a Chevrolet Corvette V8 engine producing over 430 bhp and 400 ft lbs of torque.

The original engine in the Series 2A was a 2.25 litre petrol engine producing 70 bhp at 4,250 rpm, so the new Corvette engine in this example is producing over 600% more power than stock.

The vehicle was built by one of the world’s top Land Rover restoration and restomod specialists, E.C.D. Automotive Design. The company was founded in the USA by three petrolhead Brits in 2013, in the years since they’ve grown to occupy a 35,000 square foot factory called the Rover Dome in Kissimmee, Florida, they employ 52 people, and they turn out 40 vehicles a year for owners around the world. 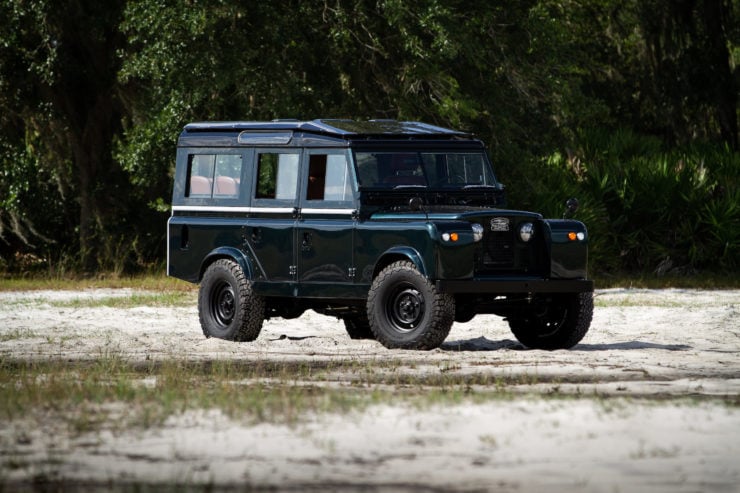 This is the company’s first restomod Series 2A, they’ve built mostly custom Land Rover Defenders up till this point, but they’ve recently started to venture out into Range Rover Classics as well as Series Land Rovers.

The project to build this altogether unique Land Rover started when a client approached ECD with a vintage Series 2A that had been in their family for generations. Unmodified Land Rovers of this era aren’t realistically capable of maintaining modern highway speeds of 75 to 80+ mph for prolonged periods without causing undue wear and tear on the engine.

The plan for the heirloom Series Land Rover was to keep its looks and its spirit but give it a modern drivetrain so that it could keep up with modern traffic easily and cruise comfortably on the highway. 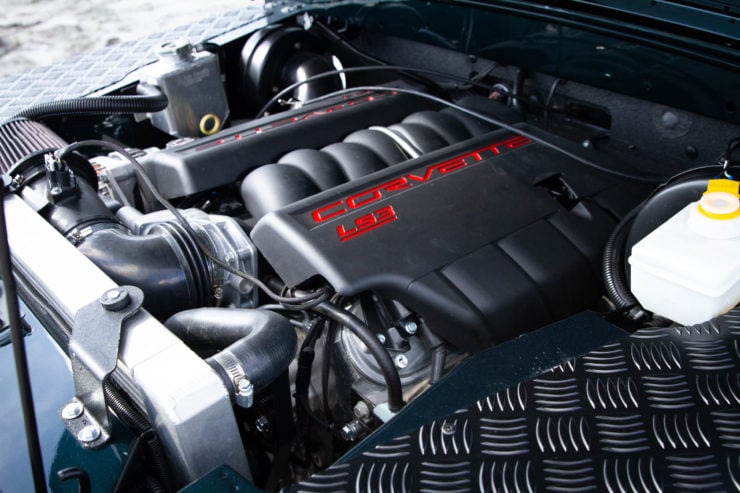 ECD are very experienced at fitting LS3 Corvette V8s into Land Rover engine bays, so this is the engine that was used. It was paired with a modern 6L80E 6-speed automatic transmission with a Hurst shifter, and power is sent to new Defender Puma axles front and back.

In order to better handle the new power output a set of Zeus Engineering performance disc brakes were fitted front and back, the chassis was strengthened, and new higher specification leaf springs were fitted all round. 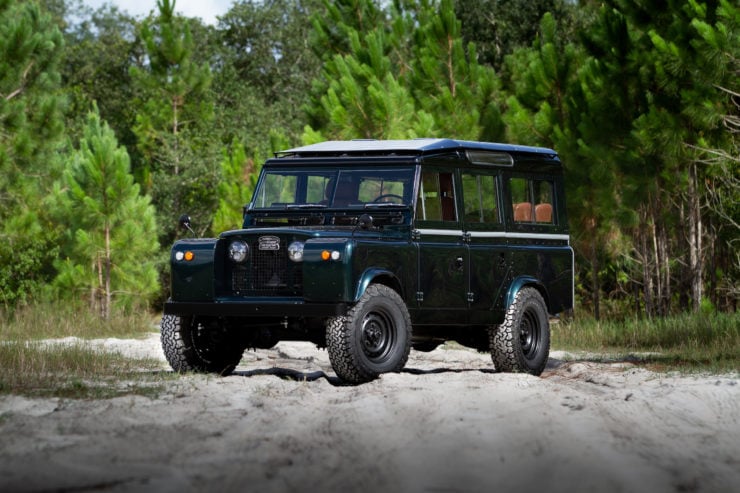 The slightly increased track width of the new Puma axles meant that subtle colour-coded fender flares were needed. The LS3 V8 is now fitted with a Borla Performance exhaust, giving it the throaty rumble you’d expect, and this Series 2A is fitted with the double-layer safari roof to help keep things cool in direct summer sunlight.

Inside the cabin the interior has been completely redone with newly upholstered seats in all three rows, carpeted floors, and a new set of gauges. The original steering wheel has been retained, and the flip-up air vents are all fully functional. 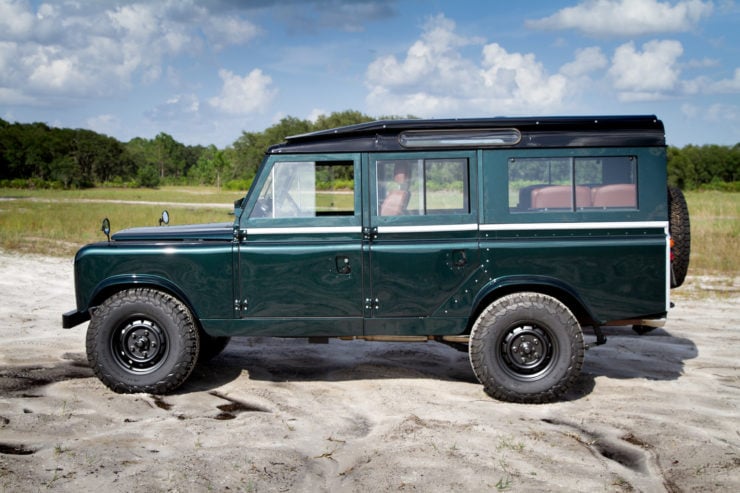 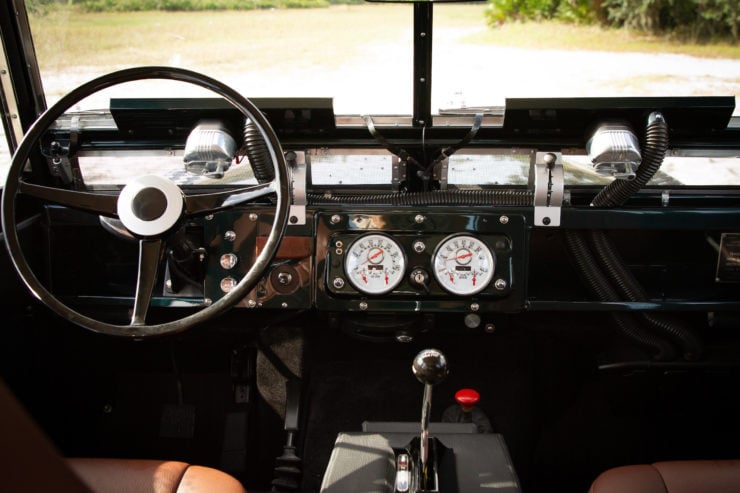 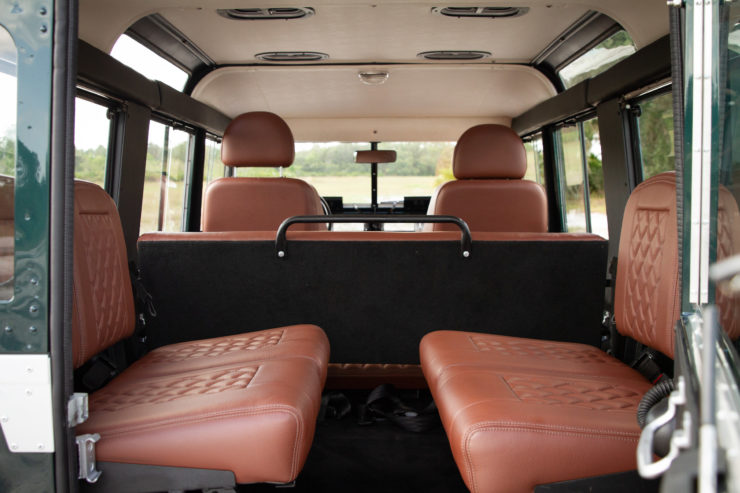 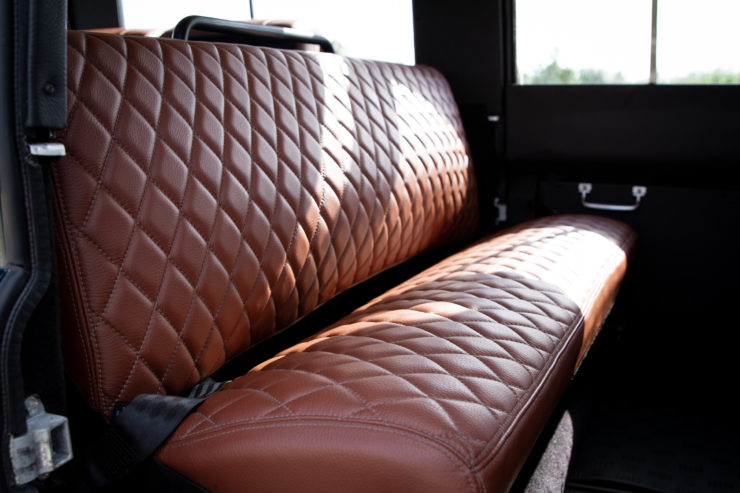 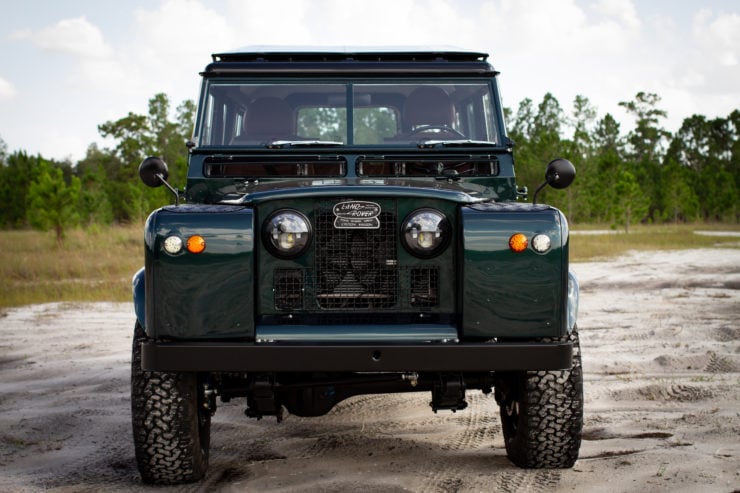 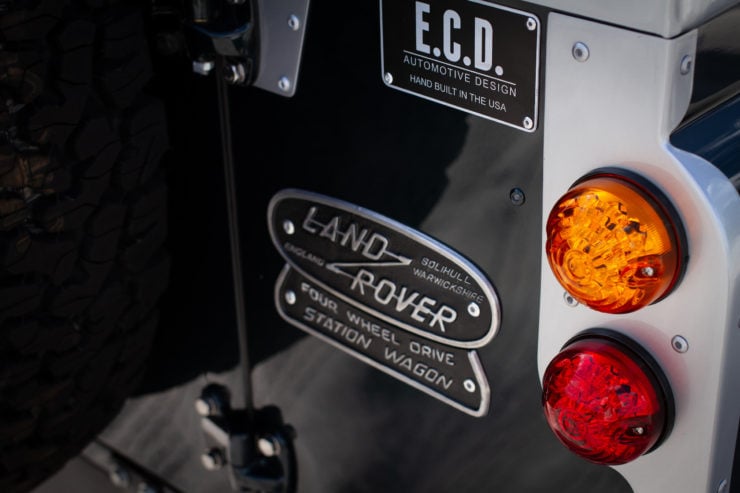 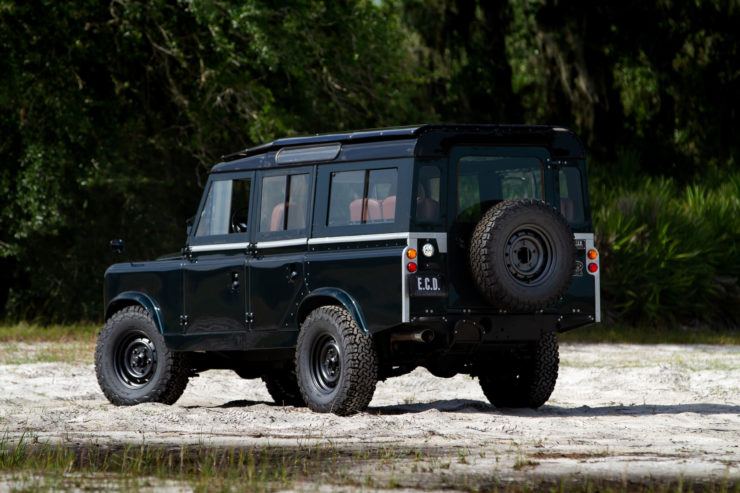 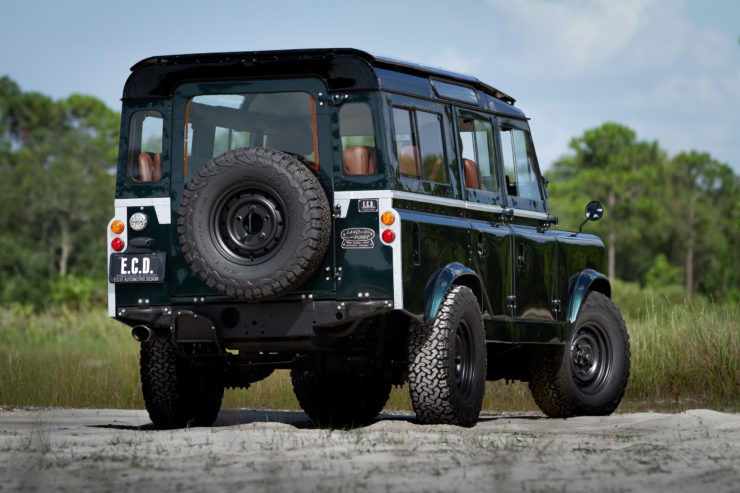 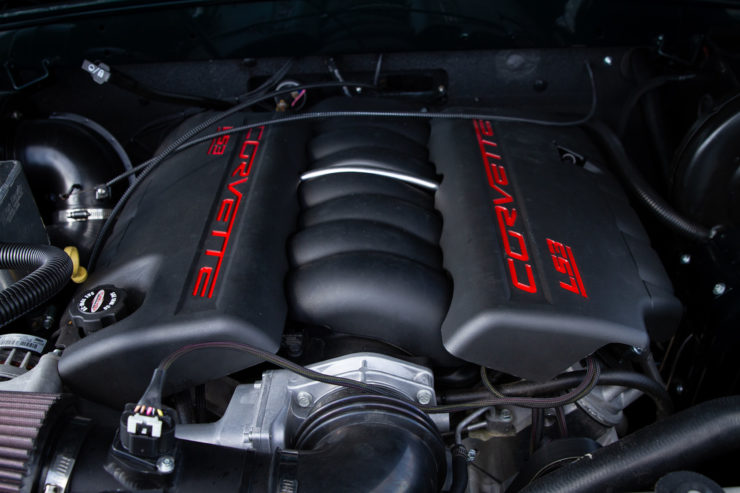 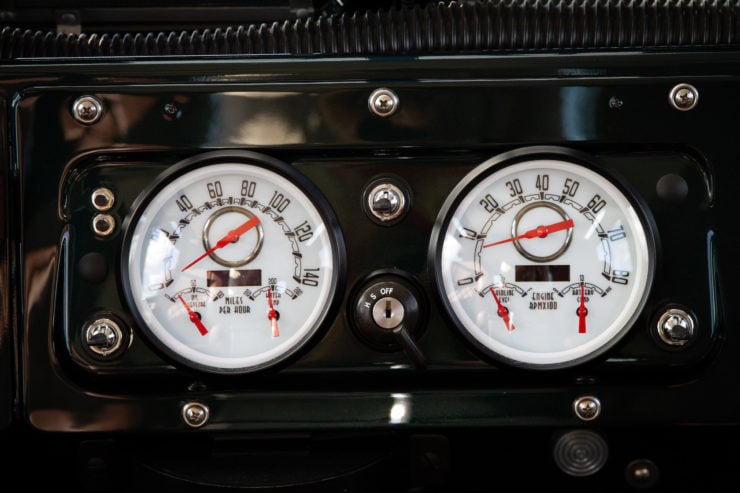 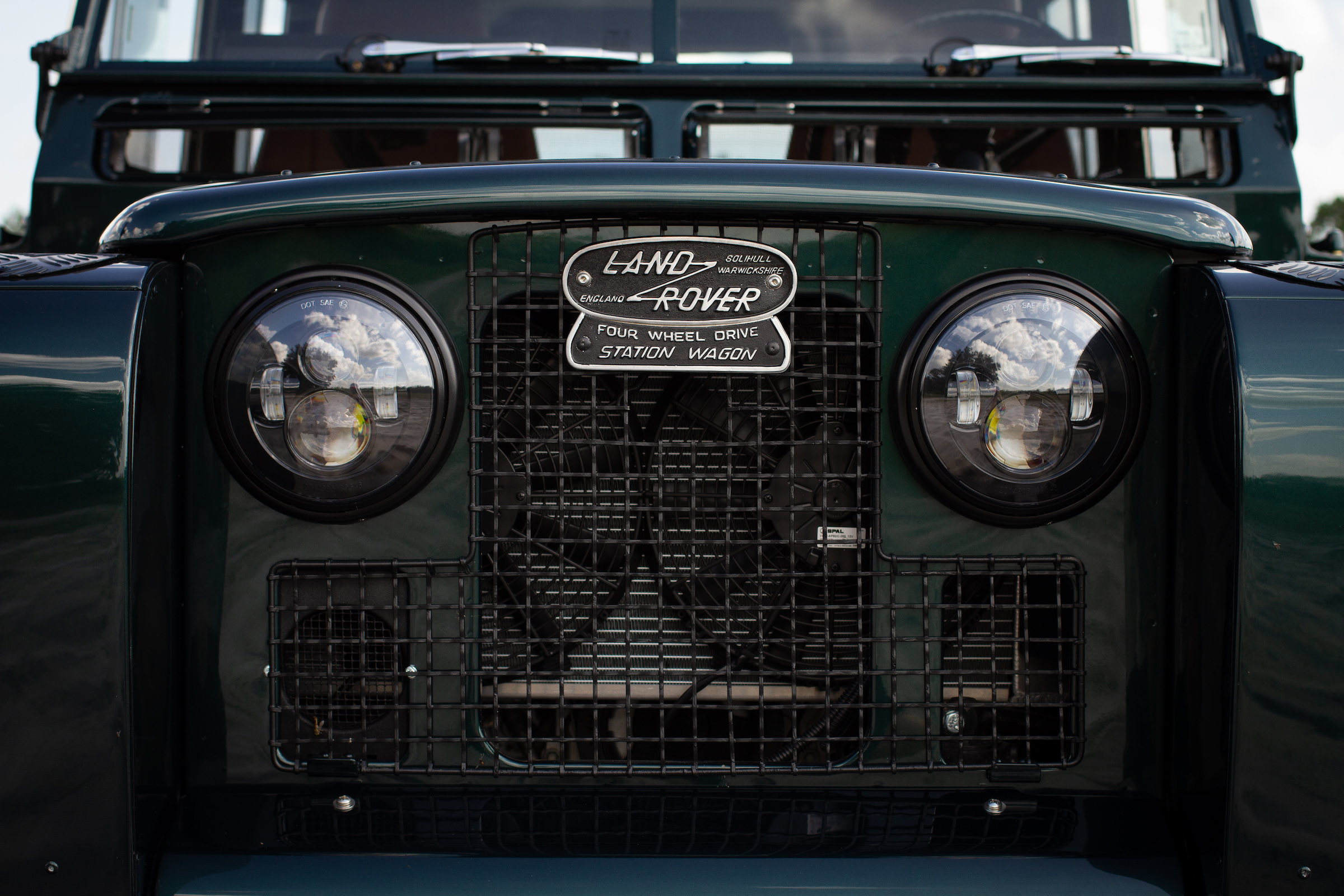