The Cisitalia 202 SMM Spider Nuvolari is an unusual motorcar, I’d never seen or even heard of the model before stumbling across it last week and I suspect that it’ll be new to many of you as well. The story of the little Cisitalia is quite a good one, in fact I think it’s worthy of its own little Hollywood movie.

The Cisitalia car company was founded by the Italian entrepreneur Piero Dusio 1946 but the story of the Cisitalia 202 SMM Spider Nuvolari really begins with the 1947 Mille Miglia, legendary racing driver Tazio Nuvolari had been suffering from an undiagnosed illness but still wanted to race in what would be the first post-WWII Mille Miglia. Piero Dusio was unsure how well Nuvolari would do in the race and so decided to give him the least capable of the new Cisitalia cars – a 1,100cc version that was widely known to be the least competitive.

Nuvolari learned that he was in the slowest of the Cisitalias and one of the slowest cars on the grid for the race, he was deeply annoyed by this and decided to see what he could do in the saddle of the little red car.

He raced hard through the field and had worked his way into 6th place by Padua, by the time the cars arrived in Rome Tazio was well in the lead, at this point the Cisitalia 202 SMM Spider suffered an undisclosed mechanical failure and Nuvolari was sidelined for almost half an hour. Second place man Clemente Biondetti was then able to take the lead in his Alfa Romeo 8C 2900 Berlinetta, as soon as Nuvolari’s car was ready he set off in pursuit of Biondetti and managed to take just over 14 minutes out of his lead by the time the race ended. Nuvolari had come second but it would go on to become one of the most famous second place finishes of the mid-20th century.

After this stunning performance the Cisitalia 202 SMM Spiders were all renamed “Cisitalia 202 SMM Spider Nuvolari” in honour of his extraordinary drive. Only 28 of the cars were ever built and this is thought to be the best of the remaining chassis, if you’d like to pick up a unique piece of automotive history this car is set to sell for an estimated $700,000 – $850,000 USD via the Gooding & Co auction at Scottsdale in Arizona on the 19th of January 2013 – click here to visit the official listing. 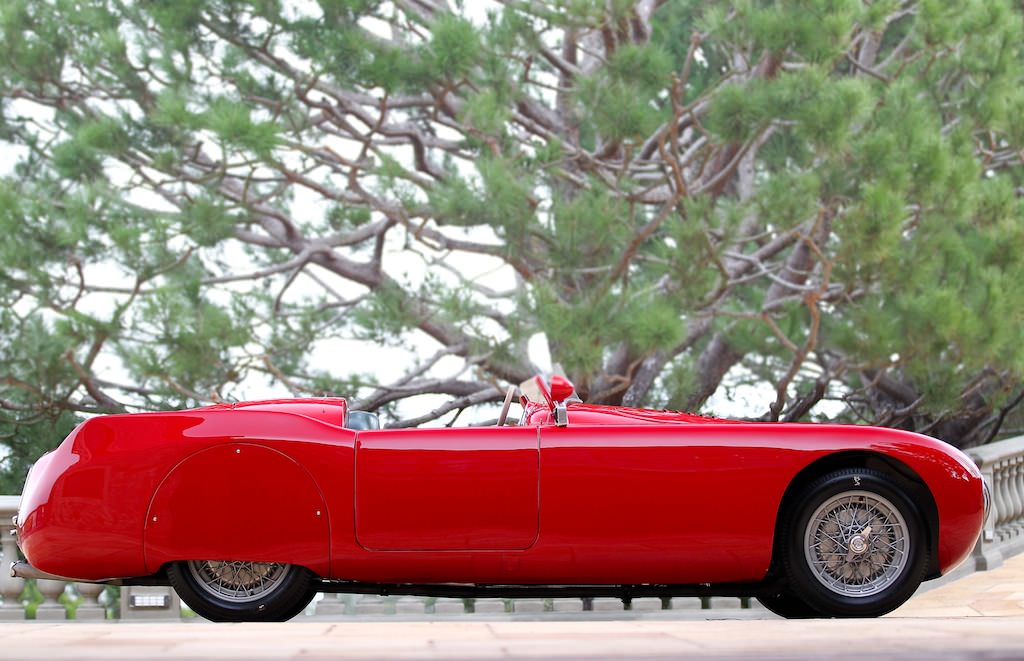 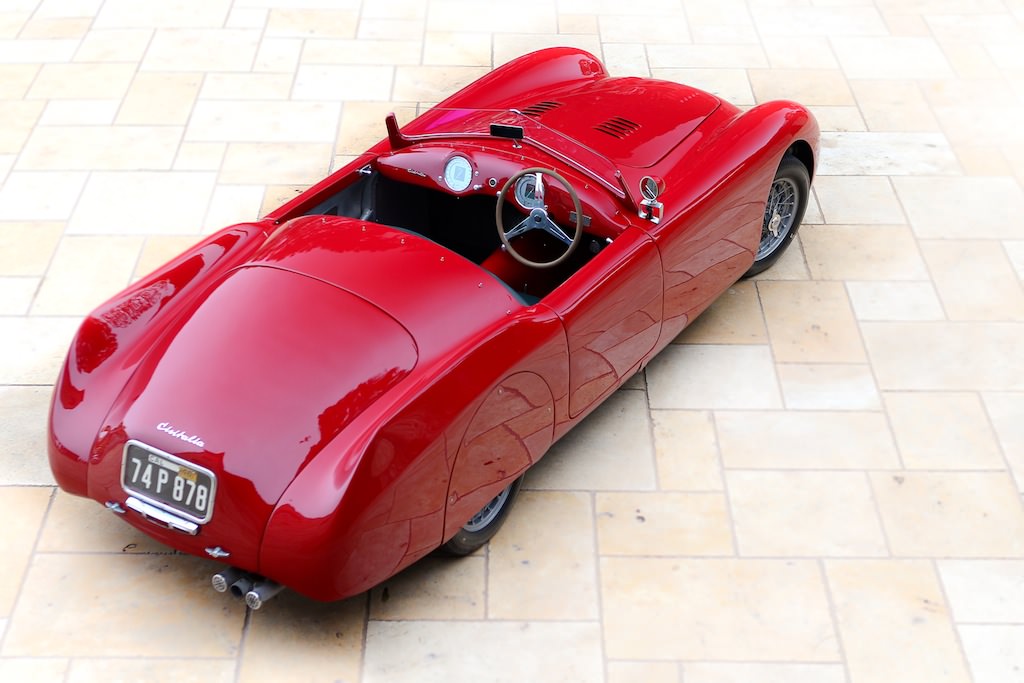 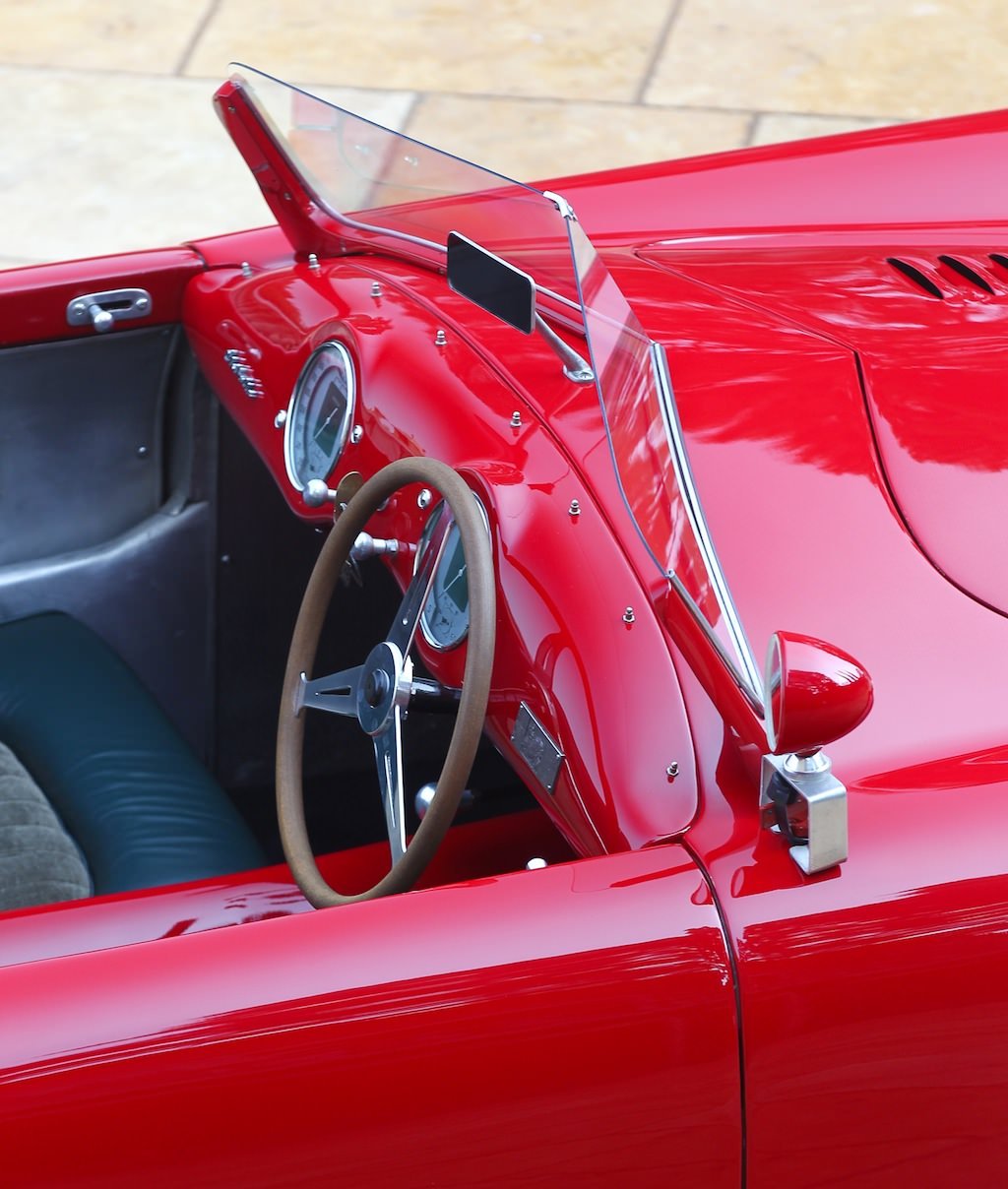 All images copyright and courtesy of Gooding & Company.
Photos by Mathieu Heurtault.