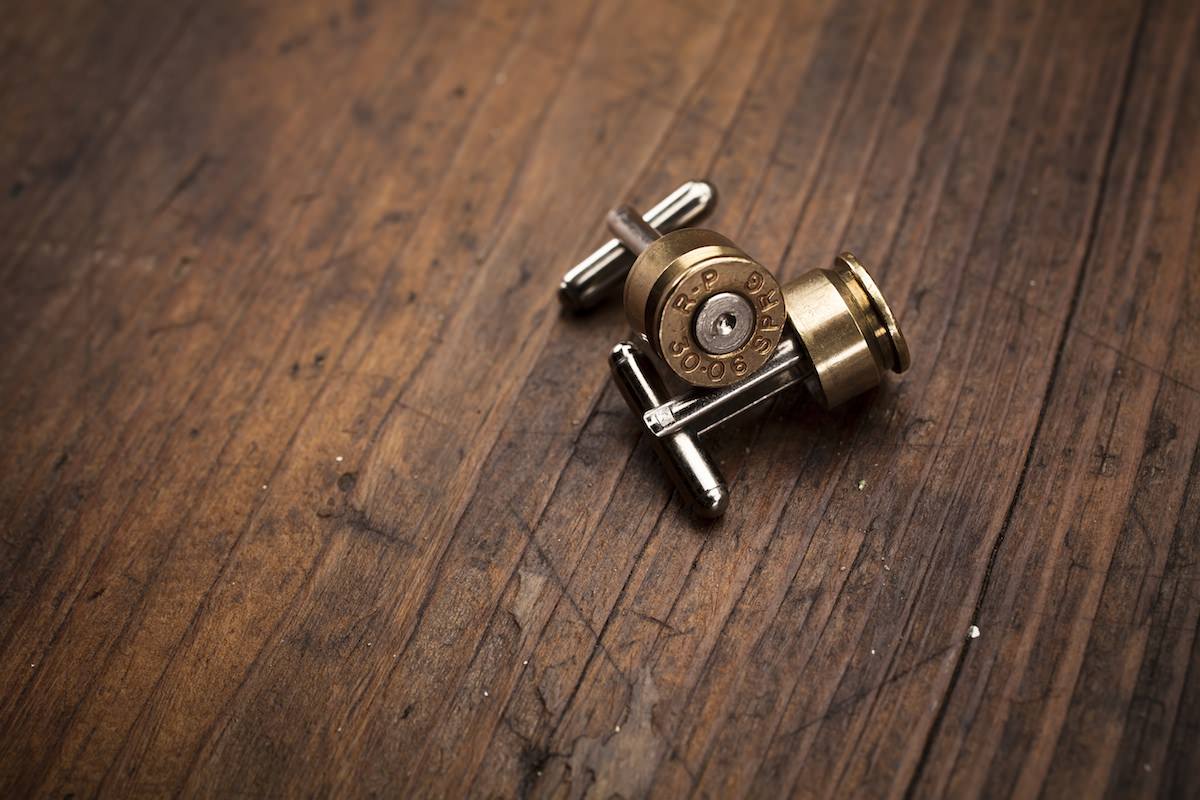 Okay so I’ll say this right off the bat, I know these aren’t bullets. They’re cartridges or perhaps bullet casings if you’re American. That said, they’re the coolest cufflinks we’ve ever seen and you can grab a set of them for $34.99. They’re all actual, fired cartridges that have been cleaned, de-burred and polished then mounted on stainless steel cufflinks.