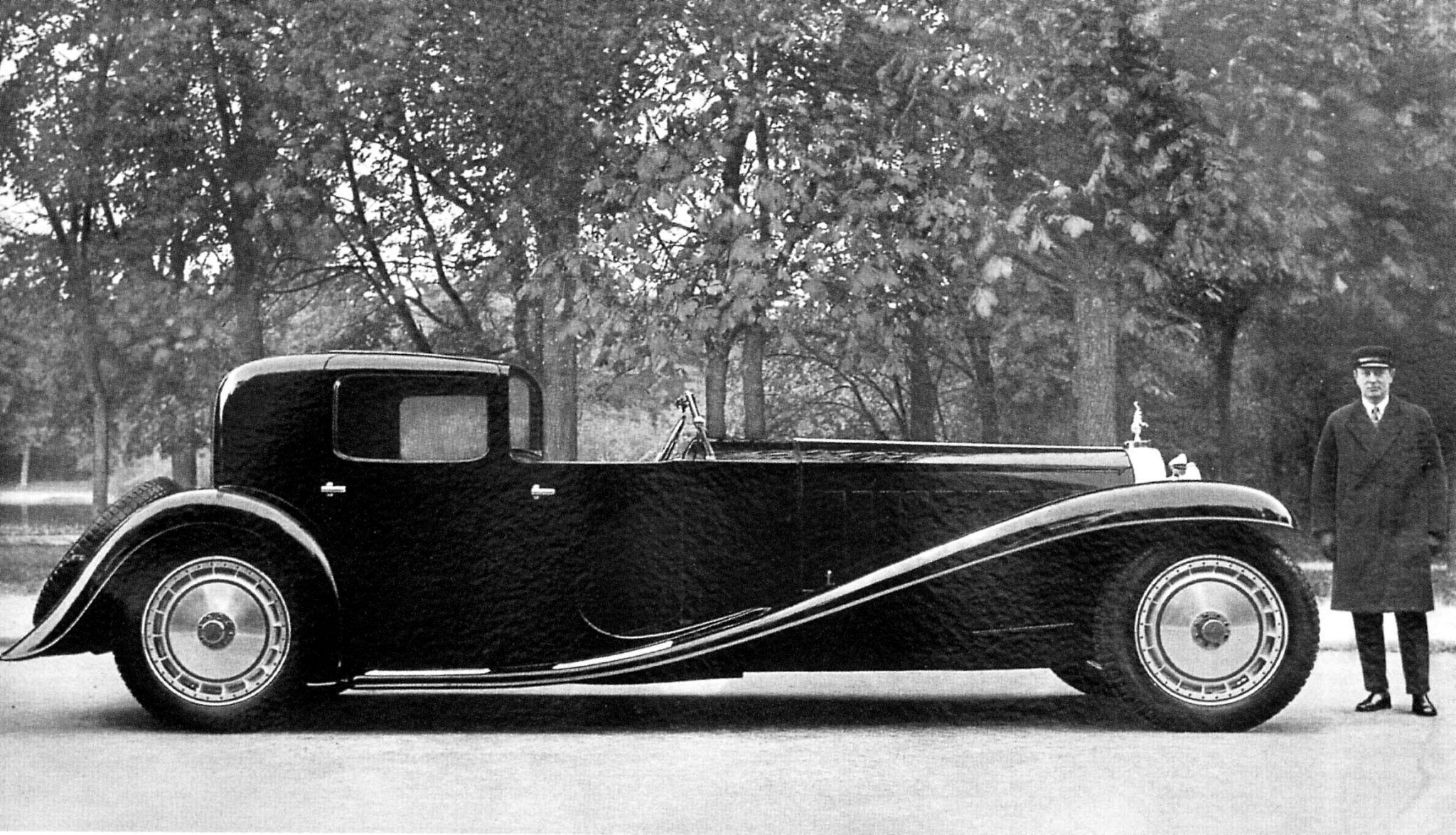 The Bugatti Royale was designed and built by Ettore Bugatti with the sole purpose of being sold exclusively to royalty, unfortunately it was produced at the time of the onset of The Great Depression and as a result only 6 of the planned 25 cars were made, none of which were sold to royals.

The Bugatti Royale used a 12.7 litre straight-8, the engine block was 4.5 feet long and 3.5 feet tall (a world record to this day) and was later used to power railway trains. The car was 21 feet in overall length, it weighed 7,000 pounds and had a 3-speed manual transmission.

It’s said that King Zog of Albania wanted to buy one but after Ettore had dinner with the king he refused to make the sale stating “the man’s table manners are beyond belief!”

Ettore Bugatti had one of the Royales made for himself, he had it fitted with the larger 14.7 litre engine and used it as his personal car, in 1931 it’s said that he fell asleep at the wheel and crashed the car, requiring a new body to be fitted.