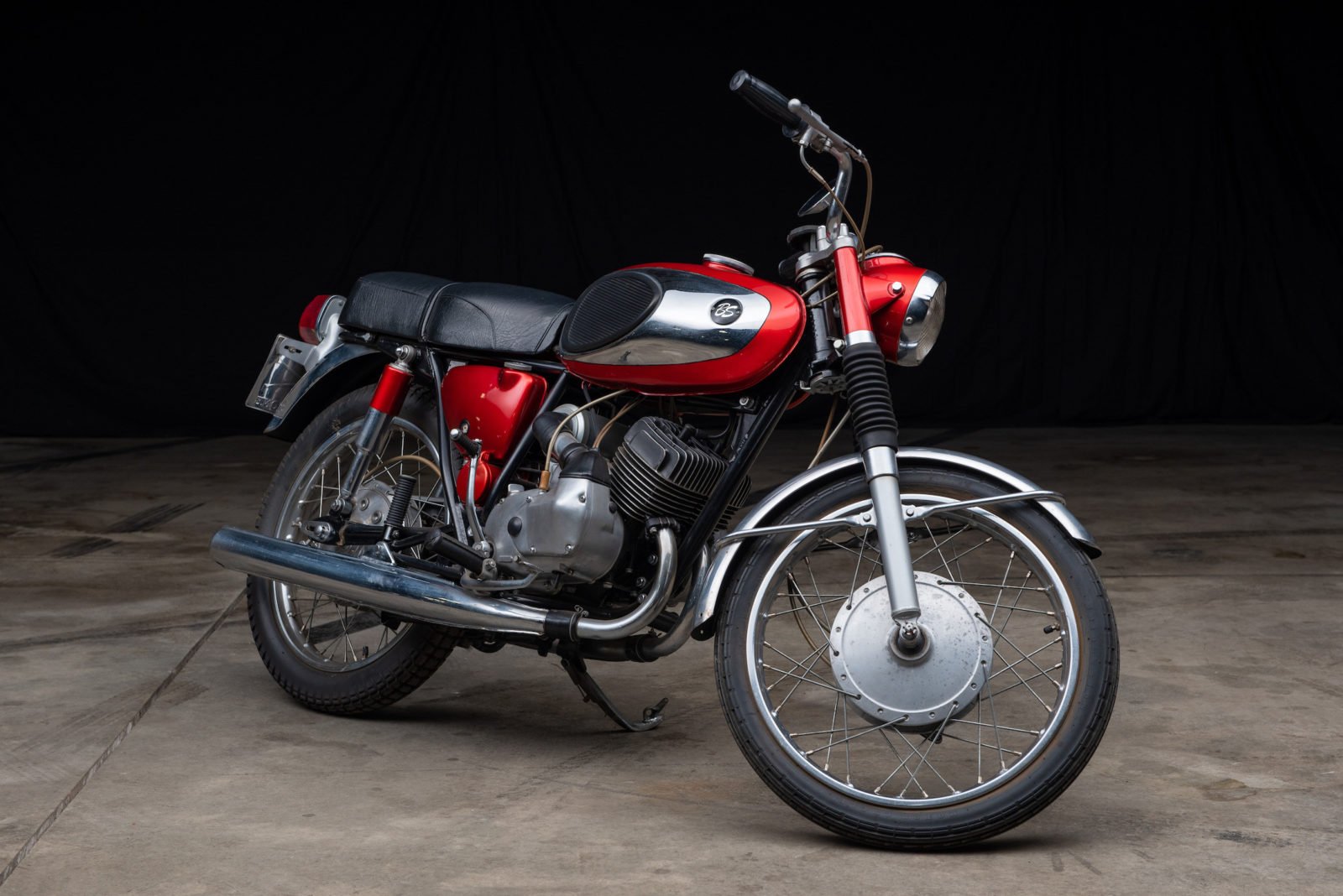 This is a Bridgestone BS175, an increasingly rare motorcycle that was among the world’s most advanced two-strokes when it was released back in the 1960s.

Although many assumed the Japanese company was named Bridgestone in order to make it sound more western, and to perhaps appeal to Firestone customers, the name is actually a direct translation of the founder’s surname – Shojiro Ishibashi. 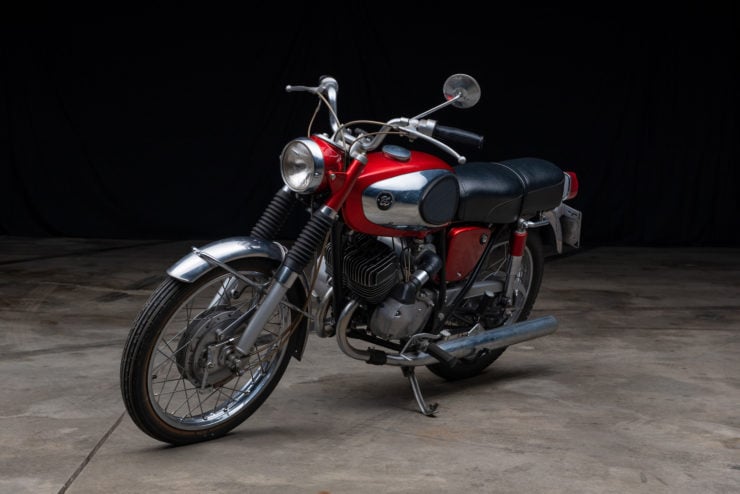 The Bridgestone BS175 was an expensive but successful motorcycle, the racing version even won its class at Daytona.

Ishibashi is Japanese for “stone bridge.” The fact that it does sound more western certainly hasn’t harmed sales in western markets and interestingly in 1988 Bridgestone bought the Firestone company outright.

After its founding in 1931 Bridgestone rose to become one of the most important tire manufacturers in Japan, providing a critically important resource for the country as it rapidly developed.

During WWII Bridgestone’s output was almost all consumed by the war effort, in the post-war years the company expanded out into bicycle and motorized bicycle manufacturing to fulfill the nationwide need for inexpensive transportation.

Tires would always remain the primary focus of the company, with many Japanese automakers and motorcycle manufacturers choosing to fit Bridgestone tires to their vehicles. 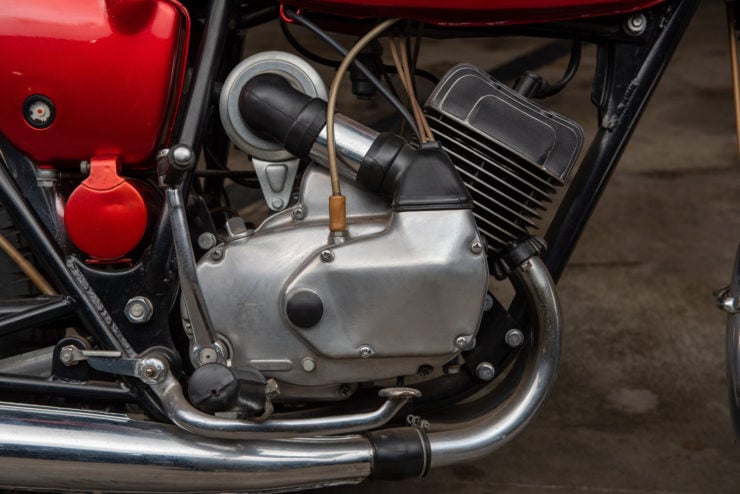 The advanced rotary valve two-stroke engine has a displacement of 177cc. Its compact and light weight design included a 4-speed gearbox.

The export market would continue to expand for the company in lockstep with expanding Japanese car and motorcycle exports, and today the company has 181 production facilities in 24 countries around the world.

In post-WWII Japan when Bridgestone got into bicycle and motorized bicycle production it was probably just a matter of time before they started building “real” motorcycles.

All were two-strokes and thanks to the hiring of many engineers from the defunct motorcycle marque Tohatsu, Bridgestone acquired the expertise to make their engines some of the best two-strokes in the world at the time. 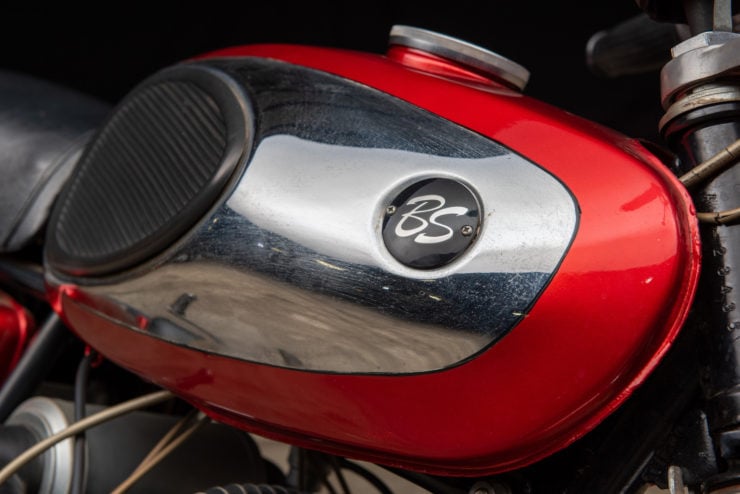 Perhaps the one design element on the bike that could have used more work was the simple “BS” logo for “Bridgestone.”

The Bridgestone BS175 was one of these advanced bikes, it was fitted with a parallel two-stroke engine with rotary valves. Its cylinder bores were chrome plated for low friction, and it used an oil injection system rather than relying on the more traditional pre-mix fuel solution.

The bike was fitted with an unusual Dual Twin gearbox, a 4-speed transmission with a second “Sport Shift” lever that allowed it to be used more like a 5-speed unit.

Other than the engine, the BS175 was a relatively standard motorcycle by the standards of the day, with a tubular steel frame, drum brakes front and back, hydraulic forks and dual rear shock absorbers, and there is seating for two.

As a rarer motorcycle and a bit of an historical oddity the motorcycles built by Bridgestone and now collectible with enthusiasts, and they tend to draw crowds at shows, as many are unfamiliar with their existence. 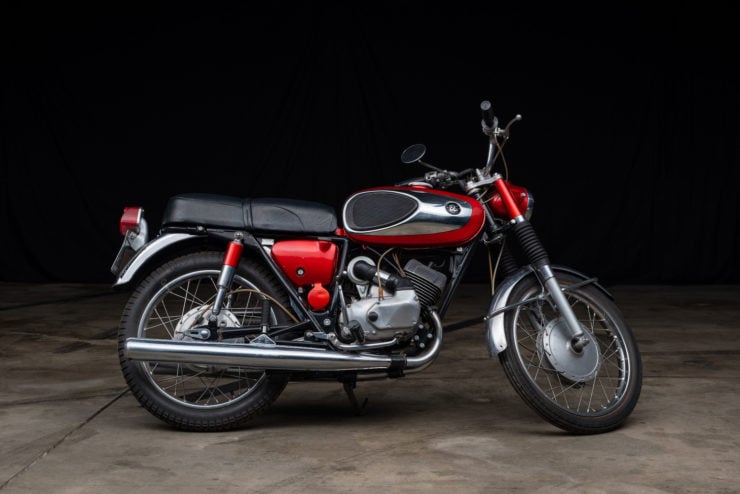 Bridgestone motorcycles were sold through the US importer Rockford Motors in Rockford, Illinois. It’s not known exactly how many were sold but we do see them occasionally come up for sale.

The Bridgestone BS175 you see here appears to be an unrestored original example that shows just 3,877 miles on the odometer.

It’s finished in red with a chrome-trimmed fuel tank, and red side covers. It’s due to be sold by RM Sotheby’s with a price guide of $3,000 – $5,000 USD, making it an affordable classic. 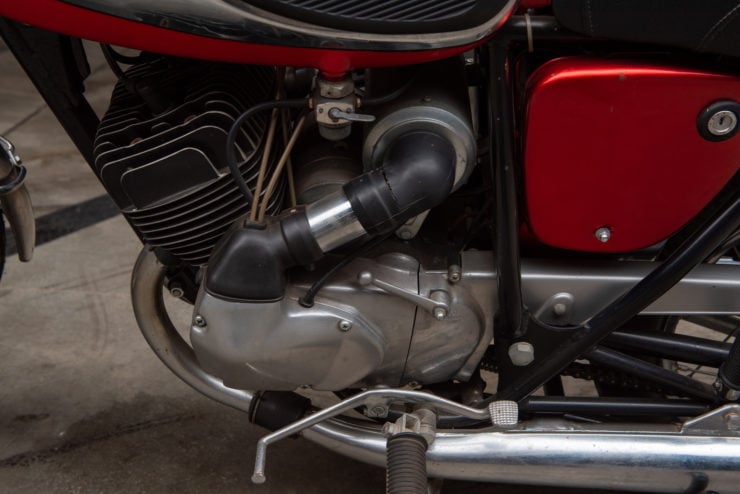 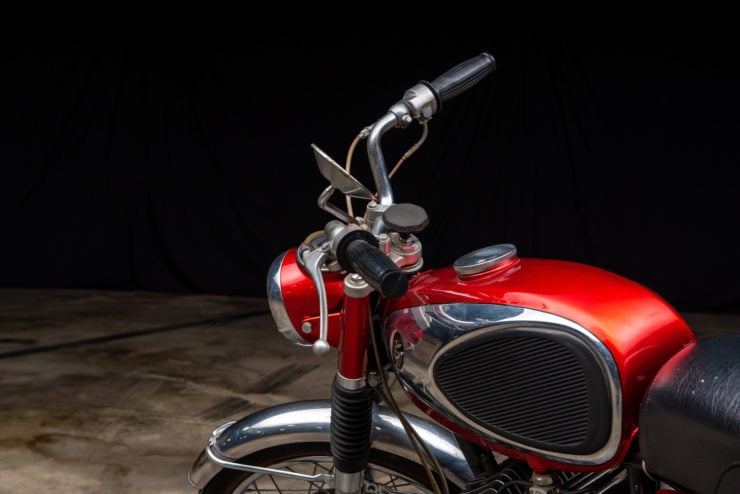 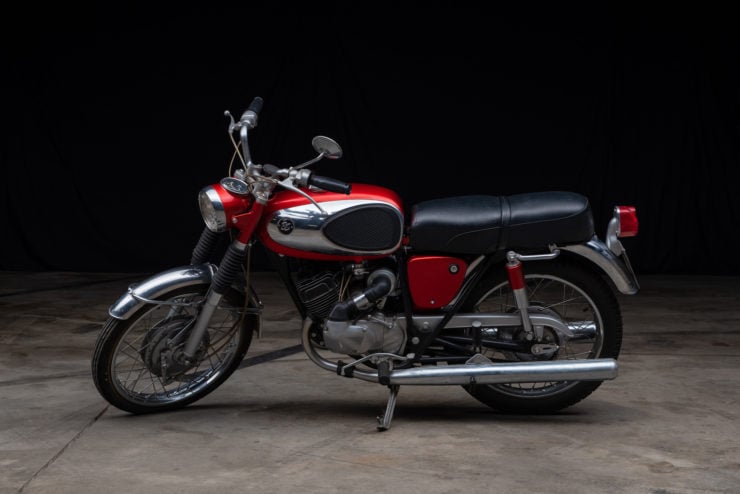 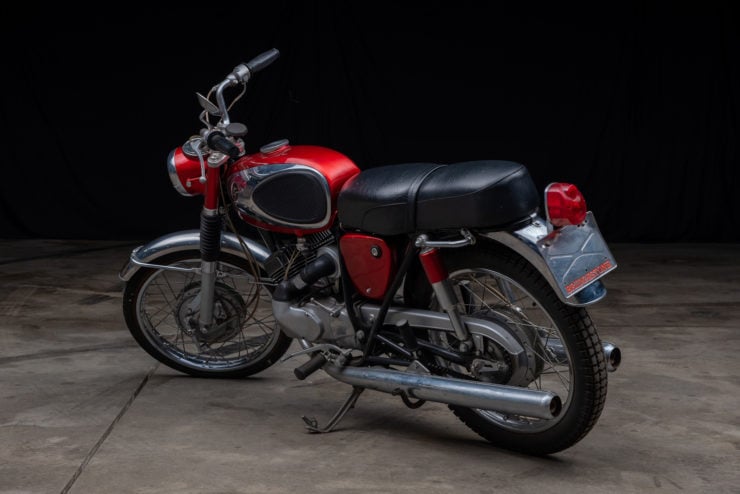 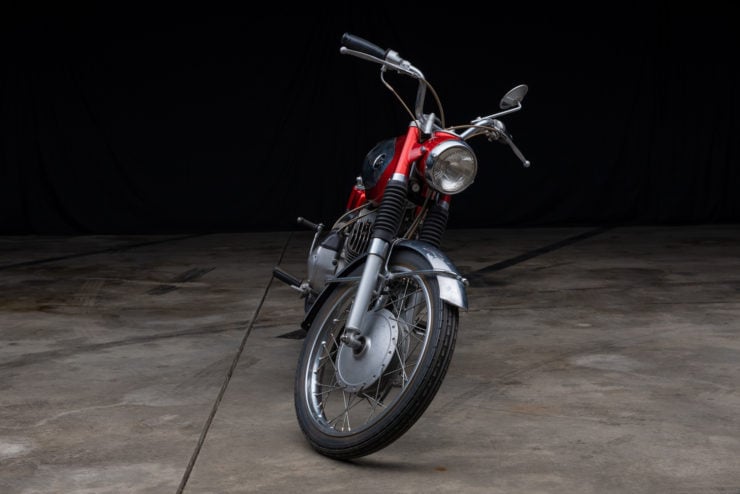 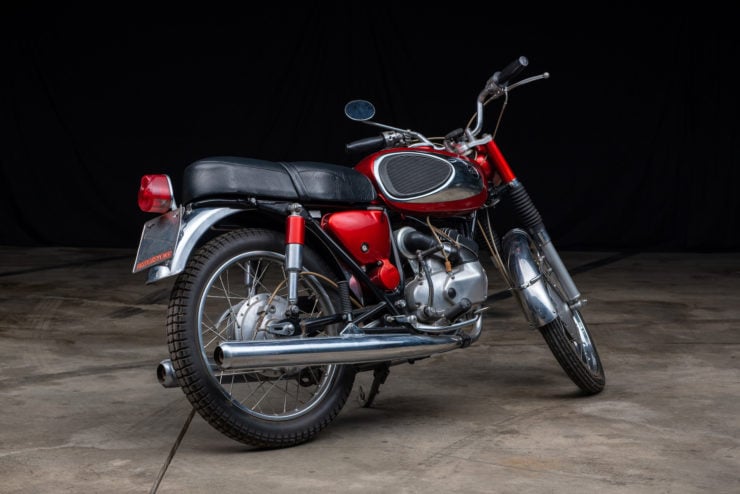