This Bricklin SV-1 was recently discovered in a warehouse, it’s in largely complete condition but obviously requires a full restoration. The chassis, body, engine, and transmission are all present and accounted for, making it (potentially) a great project car.

For those unfamiliar with the car, the Bricklin SV-1 was essentially the DeLorean before the DeLorean existed. It has a fiberglass body, a steel chassis, gullwing doors, a futuristic design, and the project was run by a larger than life character. Oh, and both went bankrupt after a few thousand cars were made.

If it wasn’t for the creation of the Bricklin SV-1, Malcolm Bricklin would be remembered today as the man who first brought Subaru cars to the United States back in the 1960s when almost no one had heard of the Japanese automaker. 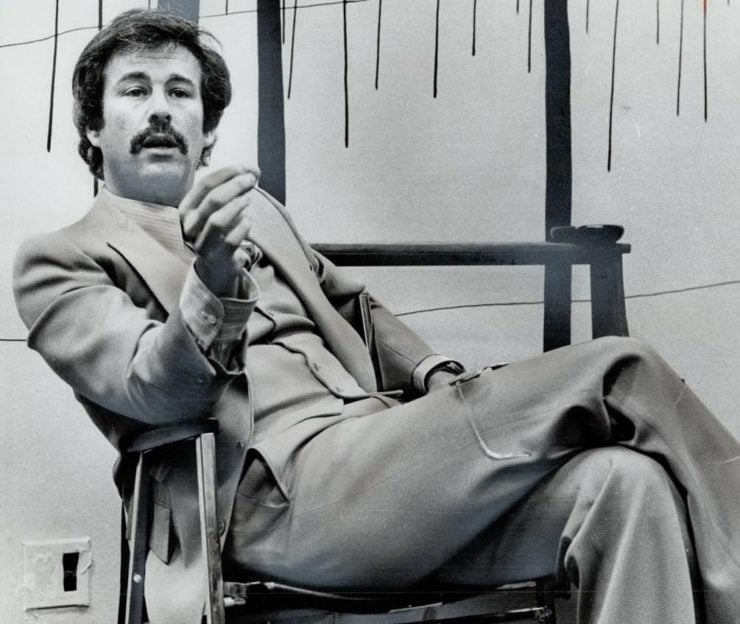 A picture of Malcolm Bricklin in 1975, at this time the company was in full production, building well over 1,000 cars a year – though storm clouds were gathering.

In the mid-1960s he had been in Japan to negotiate a deal to import scooters into the USA when he saw the quirky-looking Subaru 360.

He then negotiated an exclusive contract with Subaru’s parent company, Fuji Heavy Industries, to import Subaru cars and trucks into the United States.

Later in the 1980s Bricklin would once again make a name for himself as the importer of the Yugo into the United States – a series of small cars made by Zastava based in Yugoslavia.

Due to their small size, low cost, and high fuel efficiency the Yugo would become the best selling European car in the USA up until that point in history, with 163,000 sold in three years.

In more recent history Malcom Bricklin has been working in the electric vehicle industry, and on importing a new line of affordable cars into the USA from Asia. 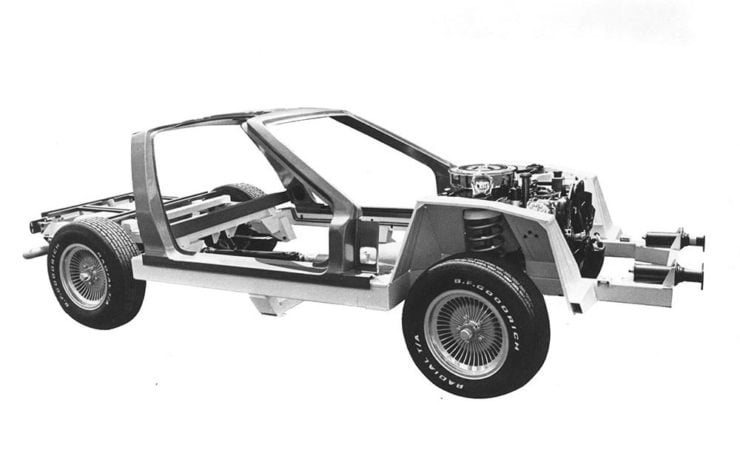 This is the unusual steel chassis of the fiberglass-bodied SV-1. It includes high sills for side impact protection which necessitated gullwing doors.

Bricklin became a household name in the 1970s when he launched his own automotive company, a series of prototypes were developed with early design sketches done by Bruce Meyers – the creator of the legendary Meyers Manx beach buggy.

The final design would be penned by Herb Grasse, the man who had worked under George Barris to design the original 1960s-era Batmobile.

The car featured a futuristic fiberglass body with prominent bumpers front and rear designed to absorb both small and large impacts as safely as possible.

A perimeter steel chassis with an integrated roll bar was developed, the high sills were to provide protection from side impacts and they meant the car needed gullwing doors – a feature the SV-1 would become famous for.

Above Video: This 46 minute documentary tells the story of the Bricklin SV-1, it makes fascinating viewing and it’s certainly worth the time to watch.

Though early cars were fitted with inline-sixes, the production cars all used large American V8s, initially the AMC 360 followed by the Ford Windsor 351. Most cars received automatic transmissions however a small number of early examples received a 4-speed manual.

All SV-1s had independent front suspension and a live axle rear, with power-assisted disc brakes up front and more traditional drum brakes out back.

The gullwing doors weighed in at 90 lbs each and required hydraulics to open and close, these hydraulic systems were the cause of many issues with the cars when first released, however in the years since owners have developed systems that work far better.

By the time the company stopped making the SV-1 in late 1975 over 3,000 had been built. Interestingly over half that number still exist today, with over 1,700 cars accounted for in the active Bricklin owners community. 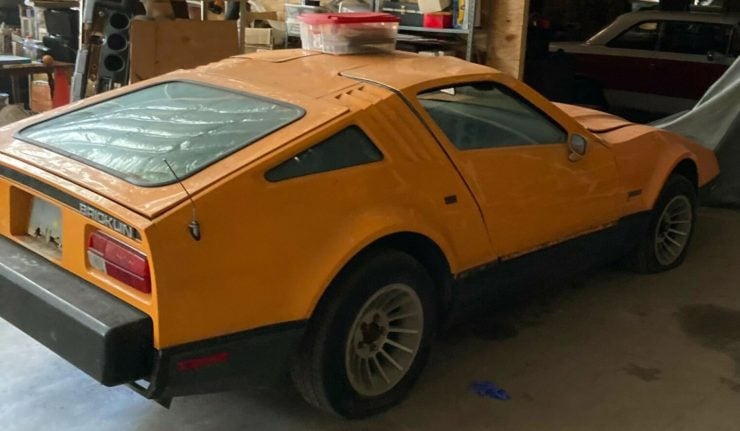 It’s clear that this SV-1 needs a complete frame-off restoration, but the good news is that there’s an active owners community in the USA to help with advice and parts.

The car you see here has clearly seen better days, its early history is largely unknown as it was only uncovered recently in a warehouse during an estate liquidation.

The car has 33,154 miles on the odometer and it has both an automatic transmission and air conditioning.

It’s clear from the images and from the seller’s description that this SV-1 needs a comprehensive restoration, of course it may also be brought by a current Bricklin owner and used for spares.

It’s currently listed on eBay with a starting bid of $3,000 USD and you can see the listing here if you’d like to ask questions or place a bid. 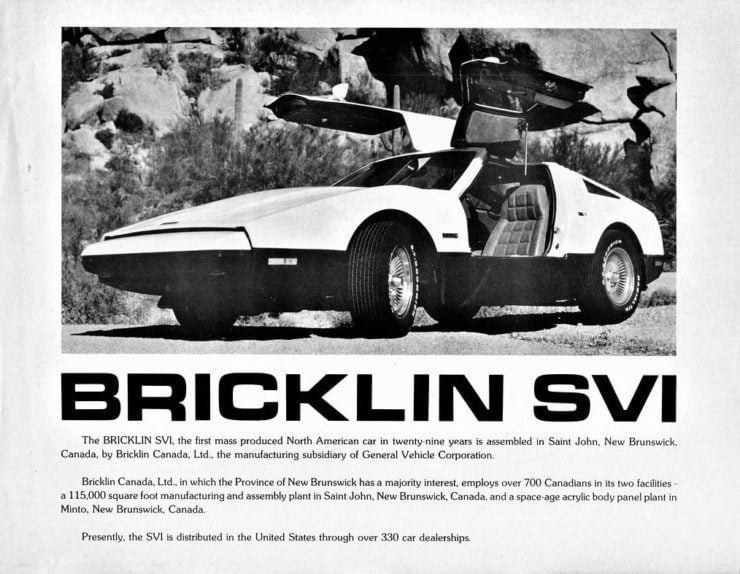 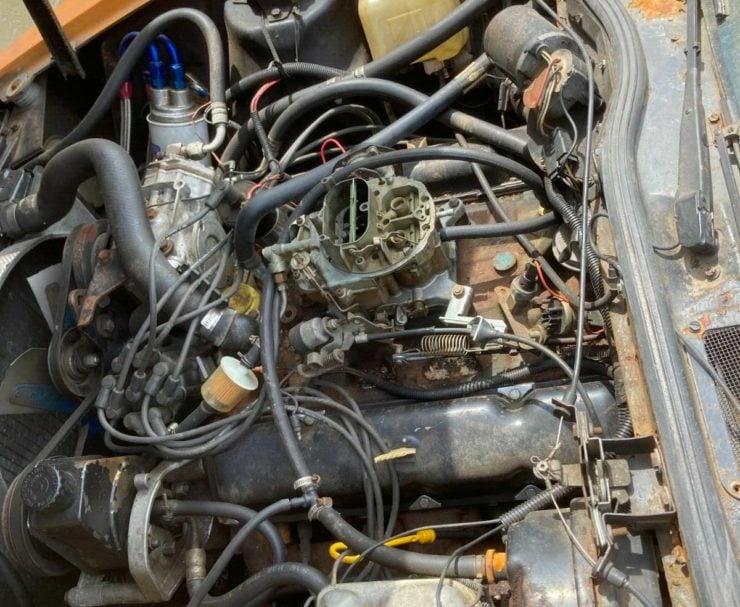 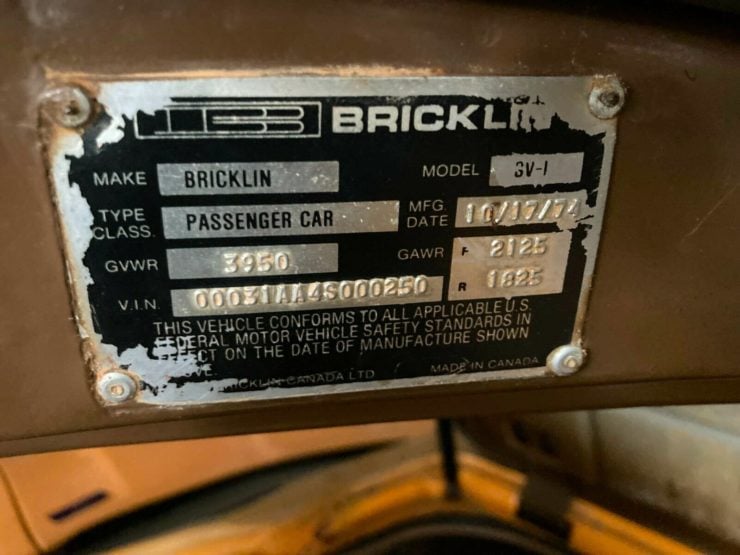 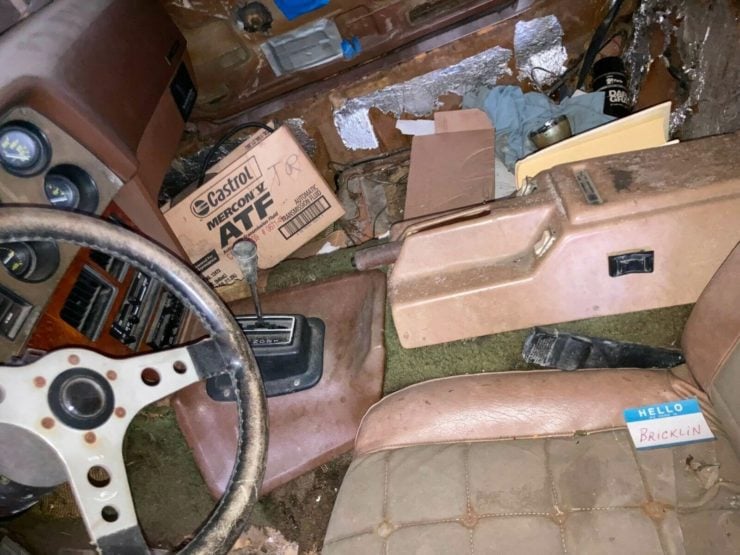 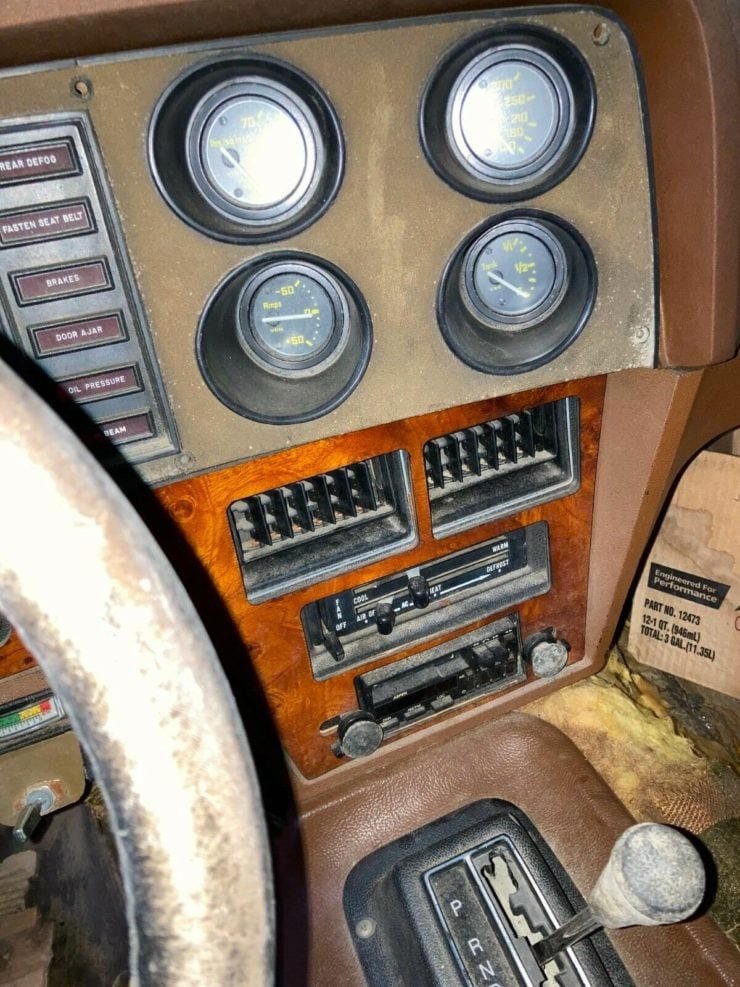 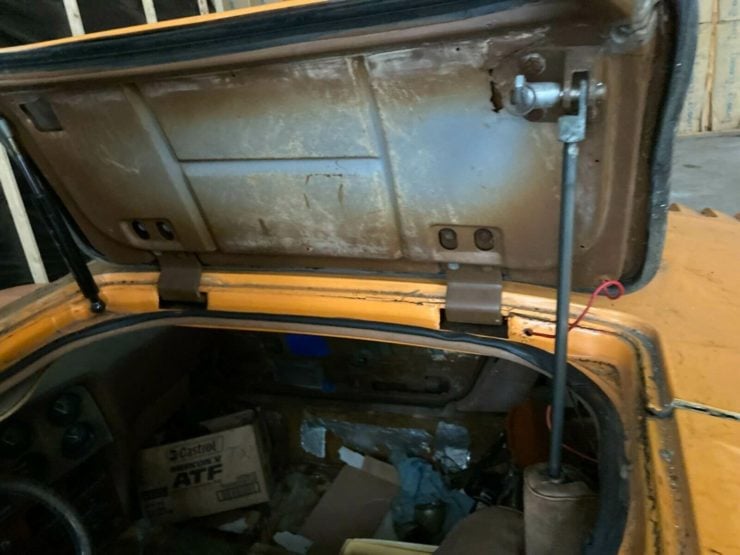 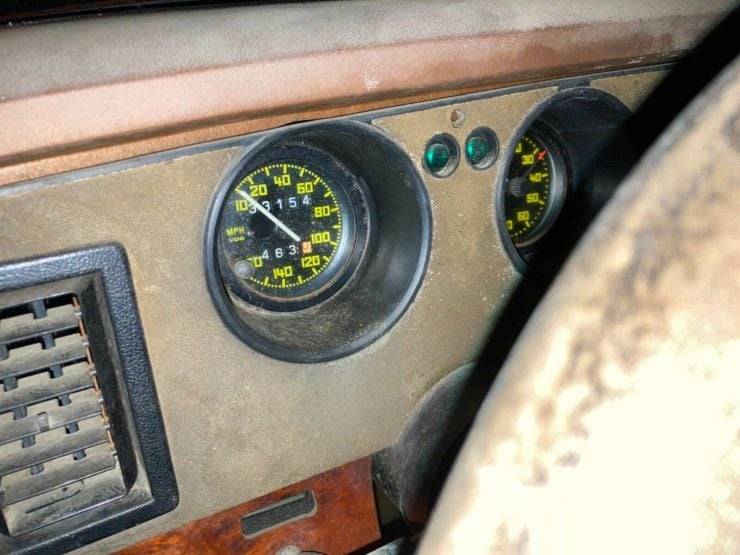 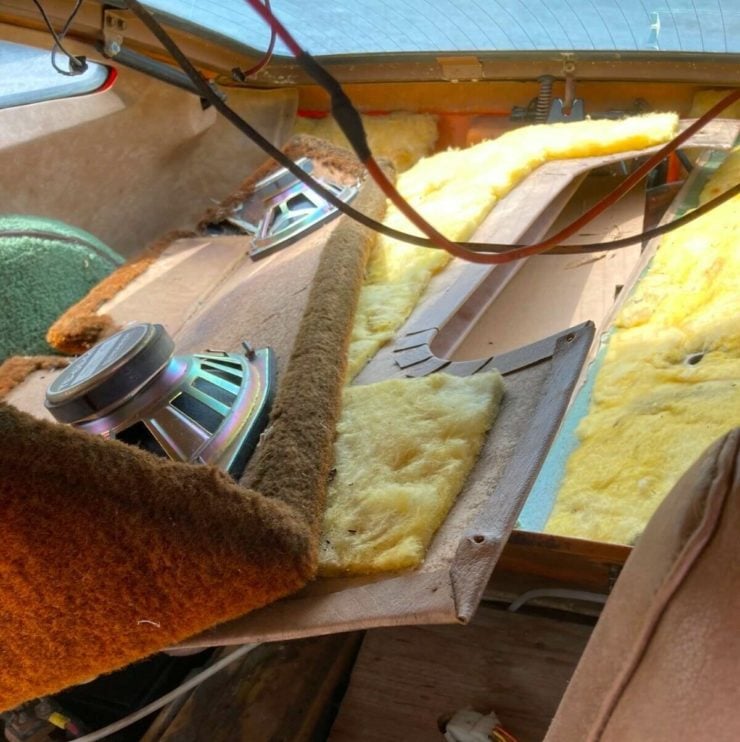 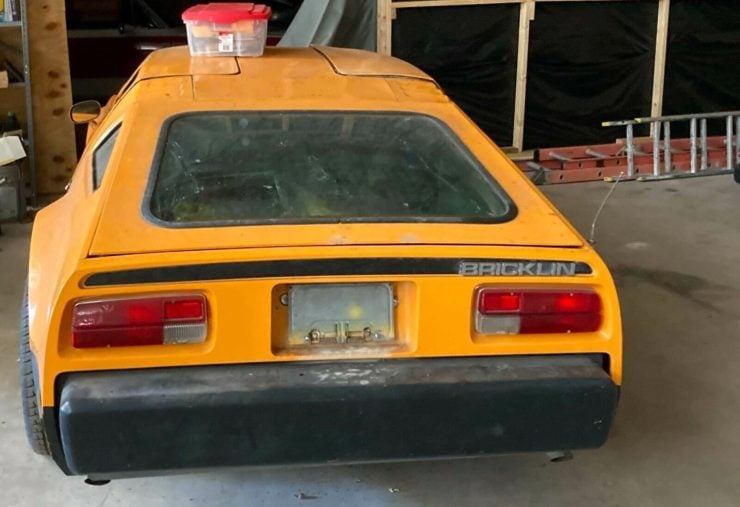 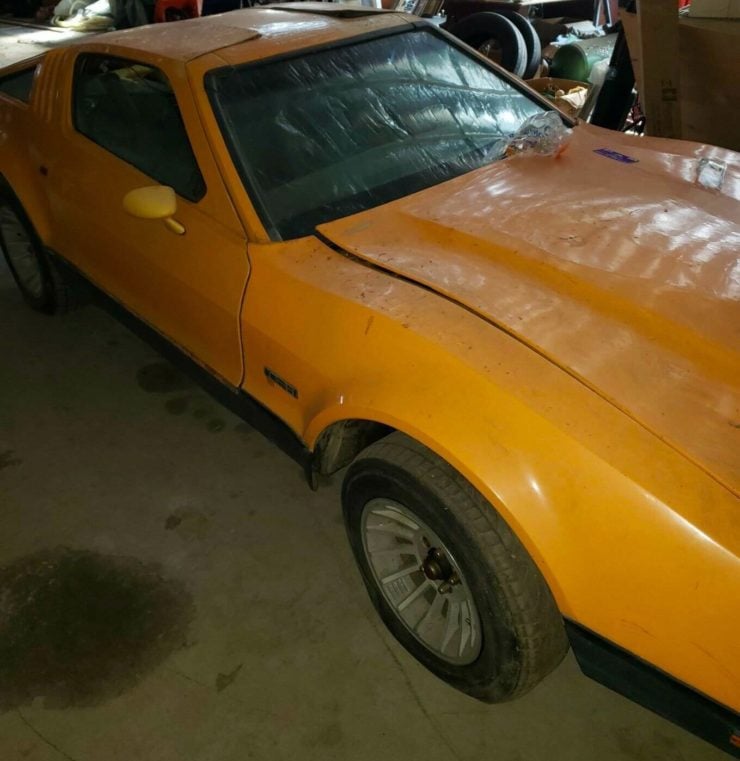 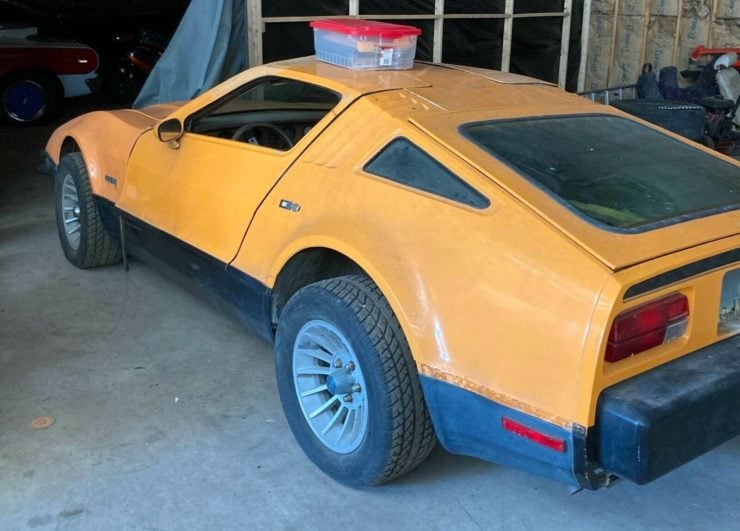 Images courtesy of Old Attics 4 U on eBay Motors