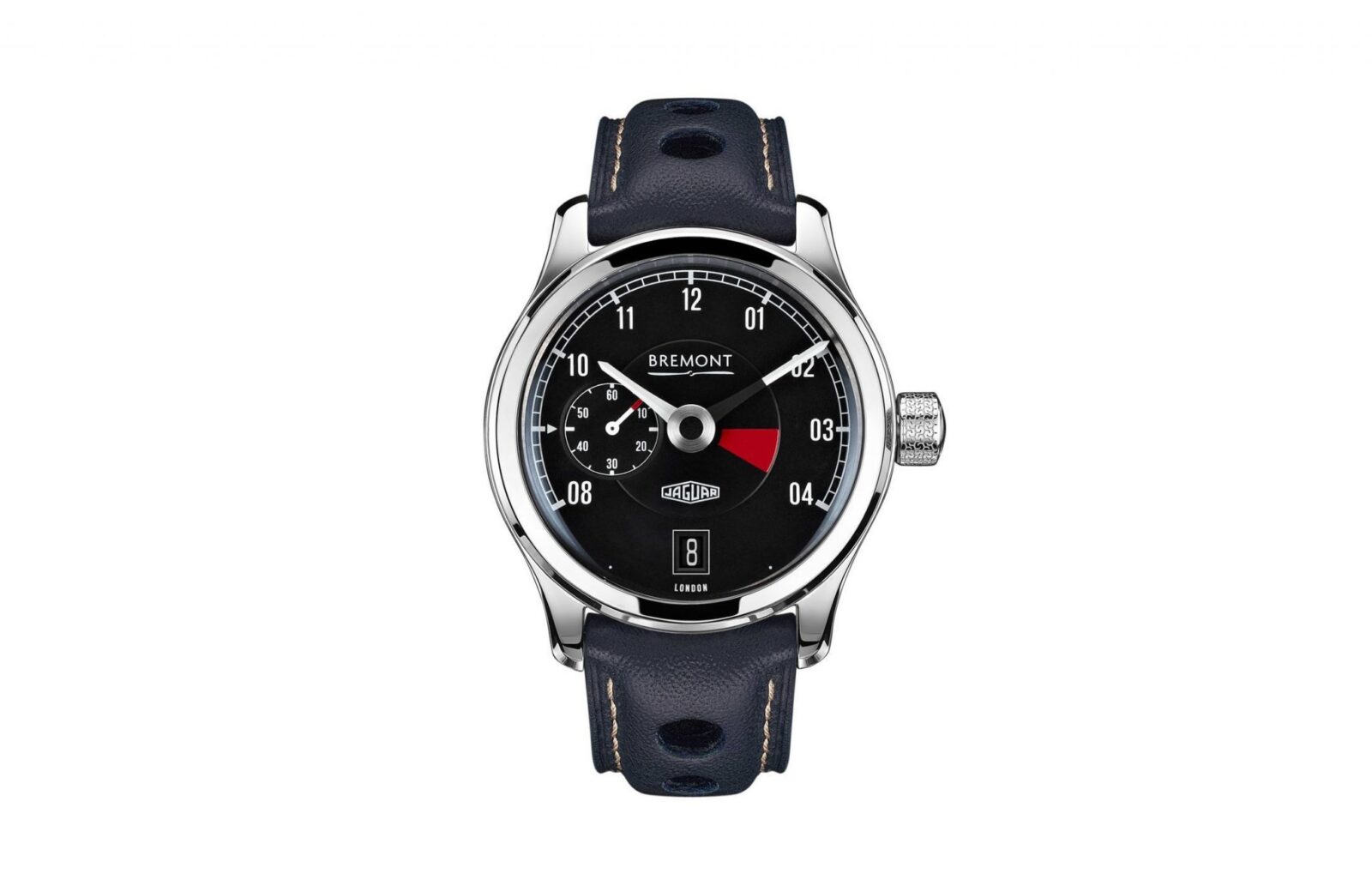 Bremont and Jaguar are both quintessentially British companies with a history of working together, when Jaguar recently restarted the E-Type production line to produce six “continuation” lightweights they partnered with Bremont to create a matching line of watches.

This new line of Bremont Jaguar chronographs were hugely popular and so the two decided to create a twin model line consisting of the MKI and the MKII. The watch you see here is the MKI, it’s powered by a Bremont BWC/01-10 33.4mm automatic movement with 25 jewels and it has a miniaturised Jaguar E-Type steering wheel rotor with Growler emblem visible through the case back. 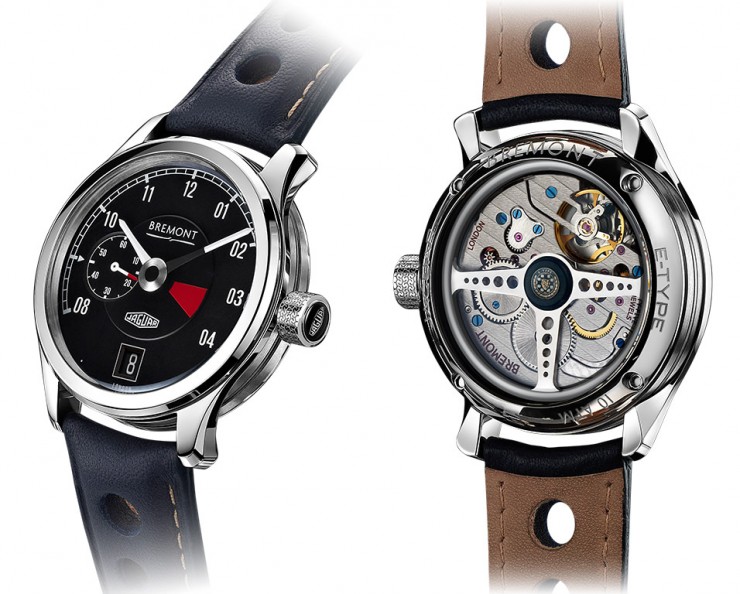 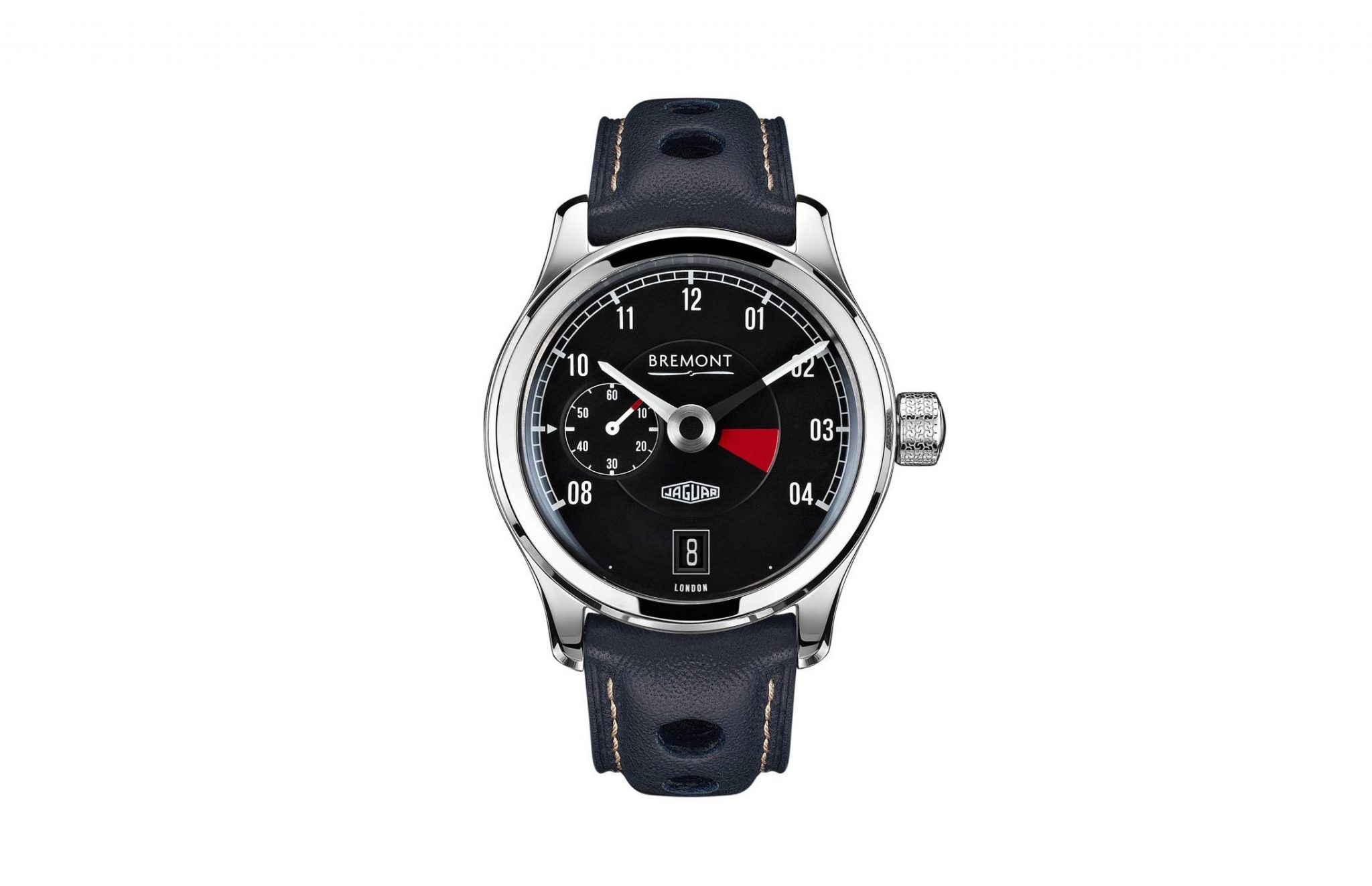