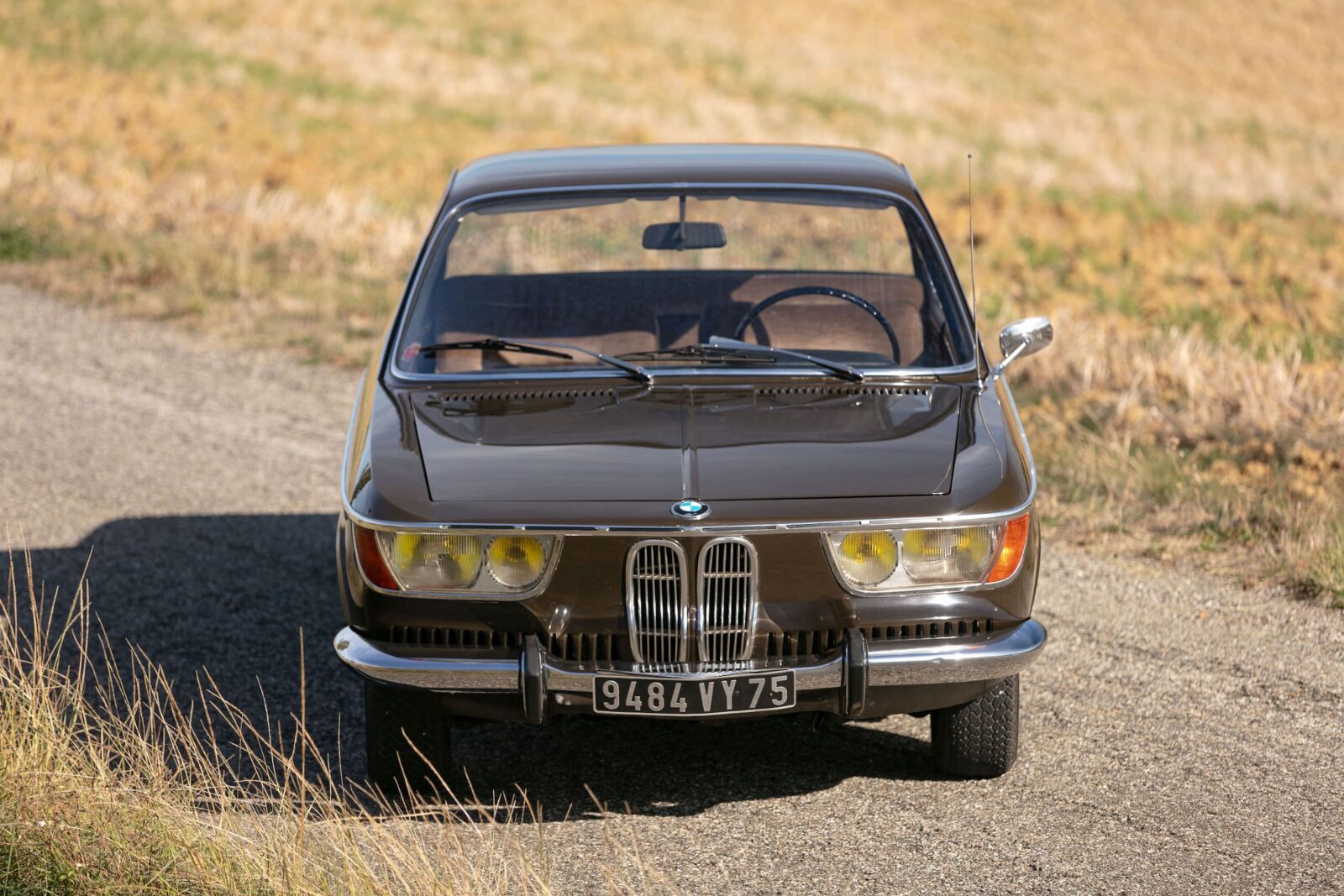 The BMW 2000 CS was a critically important member of the “Neue Klasse” or “New Class” of vehicles produced by the German automaker from the early 1960s into the late 1970s.

Before the arrival of the Neue Klasse sedans and coupes BMW didn’t have a presence in the smaller 1.5 to 2.0 litre automobile market segment and the company had regularly suffered operating losses from the 1950s onwards.

It was clear to company executives at BMW that these Neue Klasse vehicles were likely to represent a make-or-break moment for the company and as a result they put a dream team in charge development. This team was made up of Alex von Falkenhausen for engine design, Eberhard Wolff for chassis design, and Wilhelm Hofmeister for styling and body engineering.

Although they didn’t know it at the time the vehicles these three men would develop would launch BMW into a leading position in the global car market and establish the company’s reputation as a builder of sporting sedans that they still enjoy today almost 60 years later. 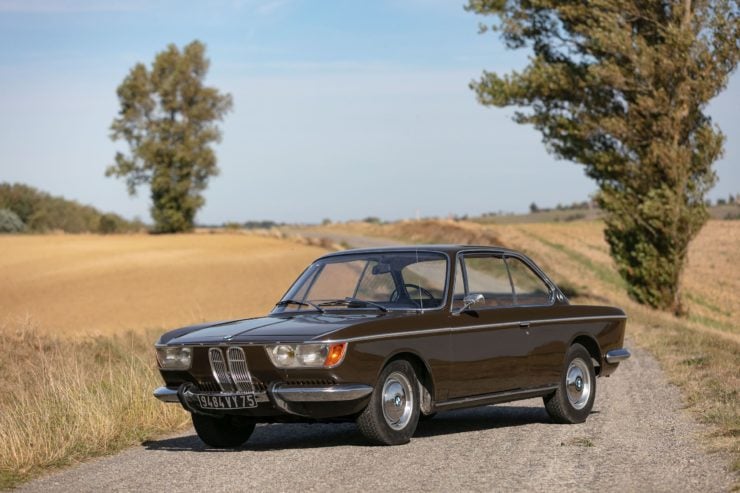 The first car in the Neue Klasse series was the BMW 1500 which appeared for sale in 1962. The 1500 was a four-door executive sedan with a 1.5 litre SOHC BMW M10 engine, independent front and rear suspension, front disc brakes, cutting-edge styling, and excellent handling.

The 1500 was replaced by the BMW 1600 in 1964, and in 1965 both the 2000C and 2000CS luxury coupes joined the model range. These new coupes were intended to act as halo models for the new 2.0 litre version of the BMW M10 engine, the 2000C featured a single carburettor and 100 hp, and the 2000CS had twin carburettors allowing a maximum of 120 hp. Both cars came standard with a four-speed gearbox however an automatic was available as an option on the 2000C

Unsurprisingly most buyers opted to pay a little extra for the twin carburettor 2000CS and as a result almost 10,000 were made compared with under 4,000 of the 2000C. The design of the car has always been somewhat controversial due to the headlights and front end, however as it’s aged it seems to have attracted more fans, its detractors have mellowed somewhat, and people seem to generally fall into one of two camps – those who like them and those who don’t. 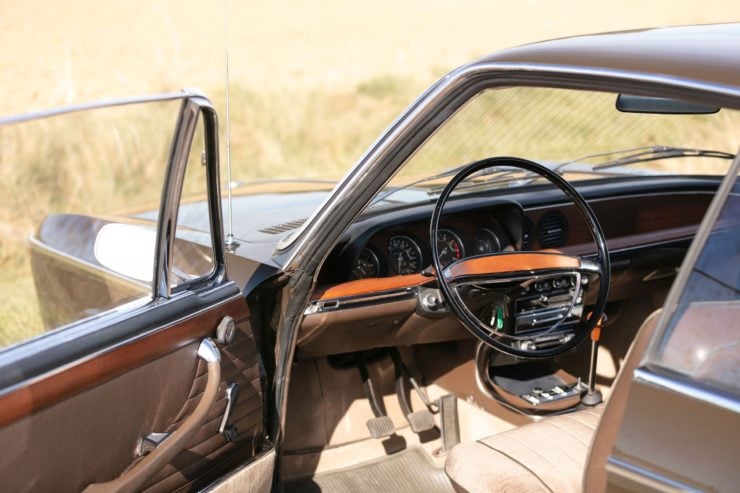 A modified version of the Neue Klasse design would form the underpinnings of the now legendary BMW 2002, the car uses essentially the same 2.0 litre M10 as the 2000CS/2000C with front end styling very similar to the original BMW 1500 and body styling that was quintessentially a Hofmeister design.

The nicely preserved 1969 BMW 2000CS you see here has been in one family since new, and it’s now showing just 66,000 kilometres of original mileage. The car was originally painted in a lighter “Sahara” shade before being repainted to its current “Cocoa” brown – a popular color for cars in the era. Apart from this change the car is listed as being in original condition.

Inside the car you’ll find light brown cloth and dark brown leatherette paired with a wooden dashboard and door panels, and it has a vintage Philips car radio tape player. Although it’s listed as being in roadworthy and sound condition it is noted that the car will need a complete servicing before any driving is attempted, the new owner would be wise to fit new tires also.

Artcurial have estimated the hammer price at $16,300 to $21,700 USD which seems affordable for such an unusual piece of European motoring history. If you’d like to read more about it or register to bid you can click here to visit the listing. 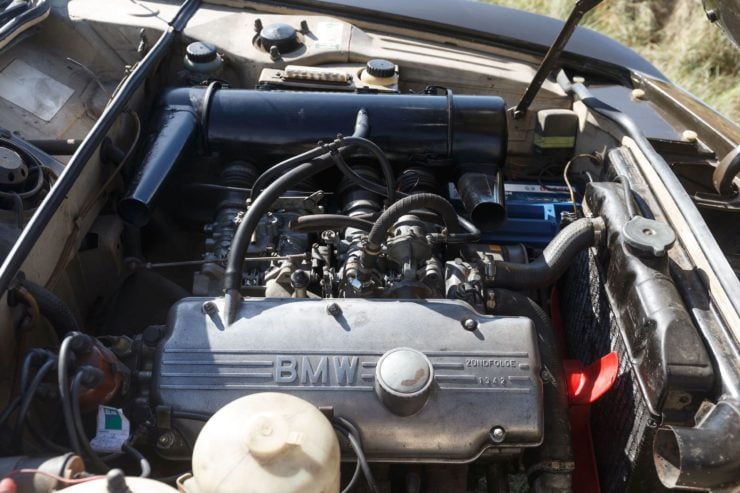 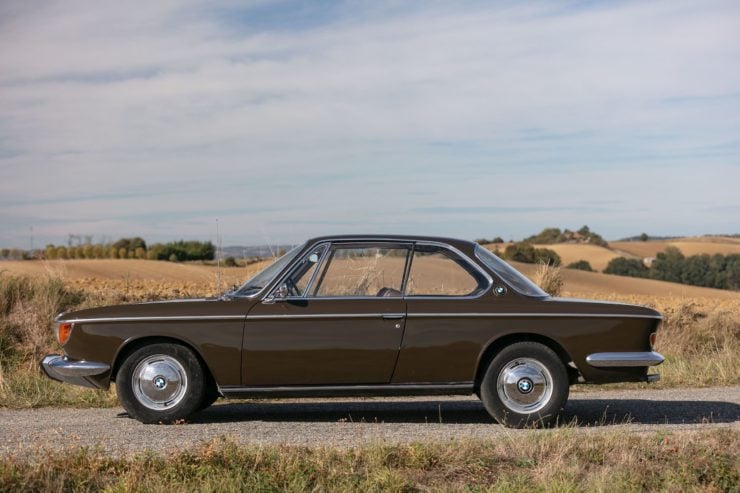 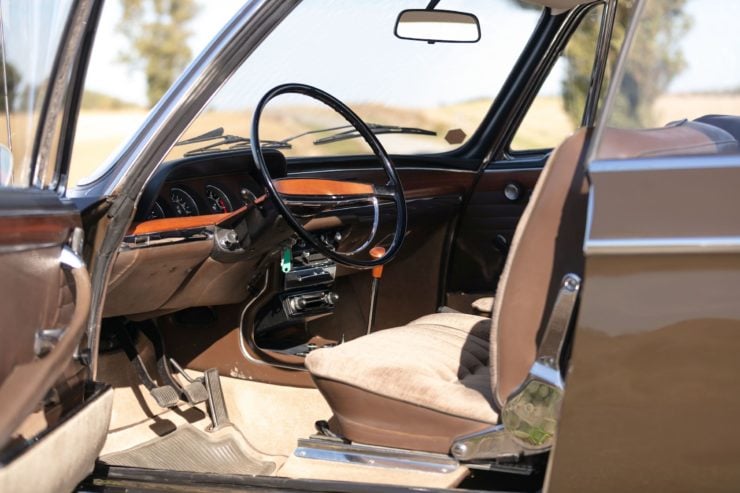 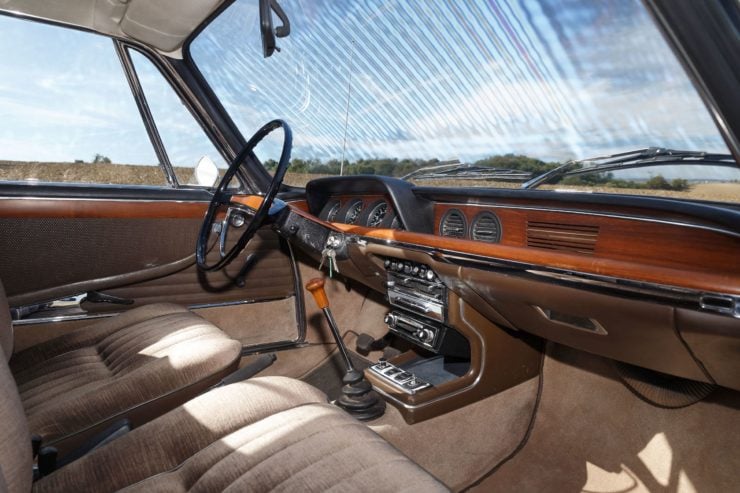 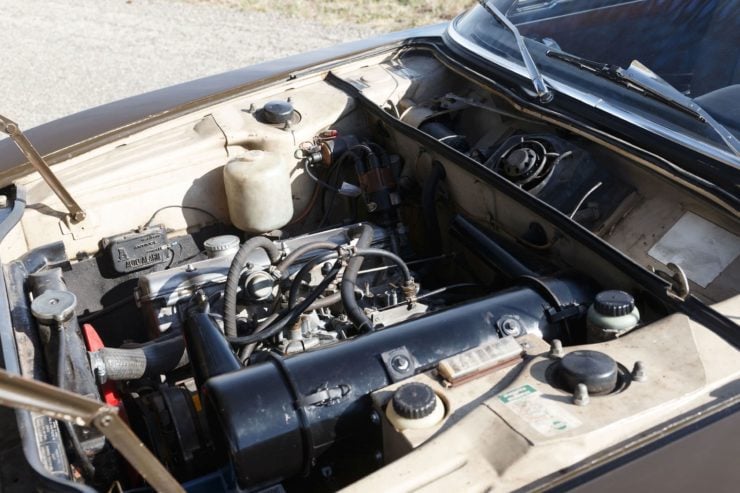 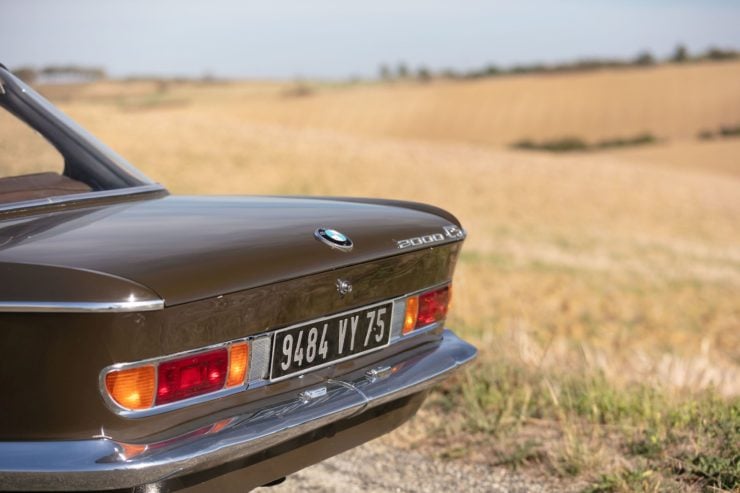 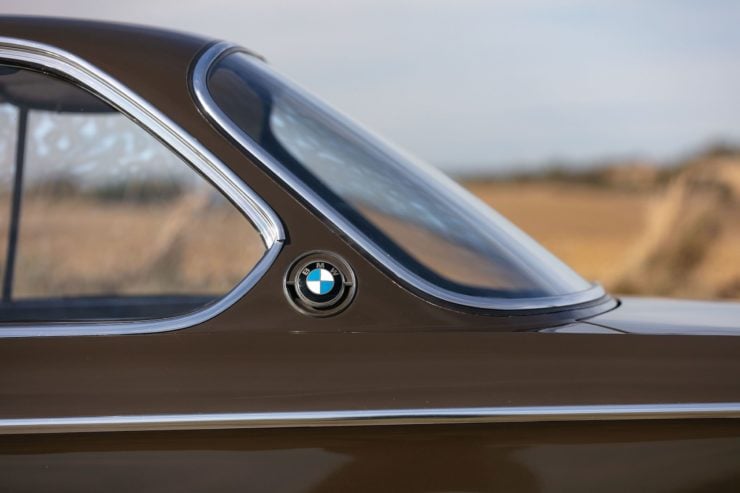 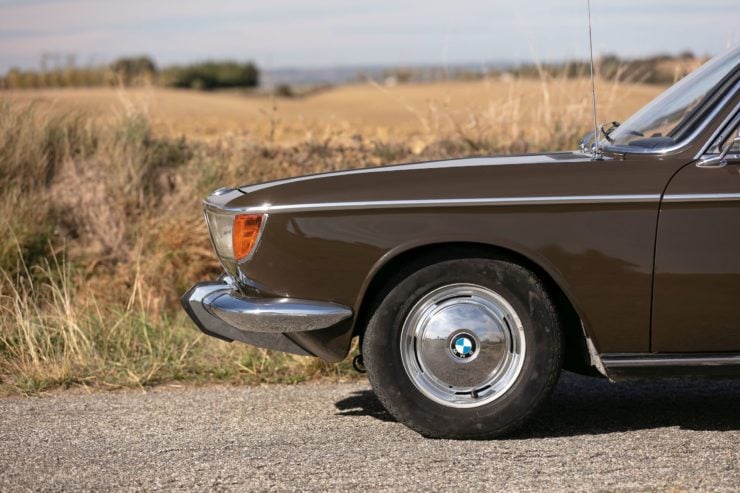 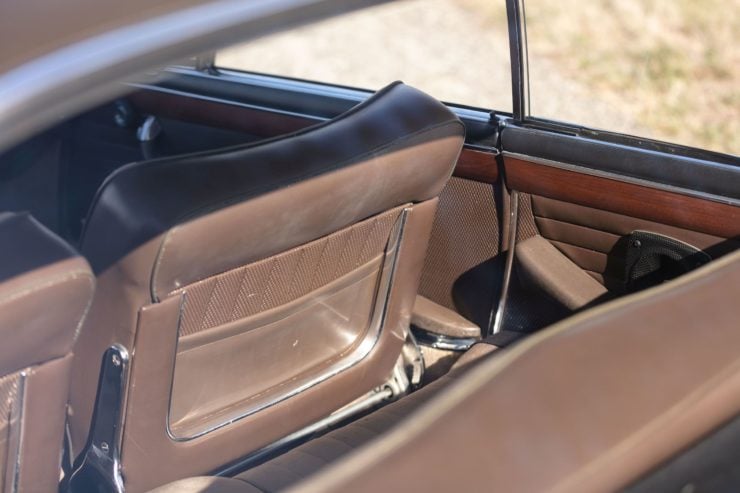 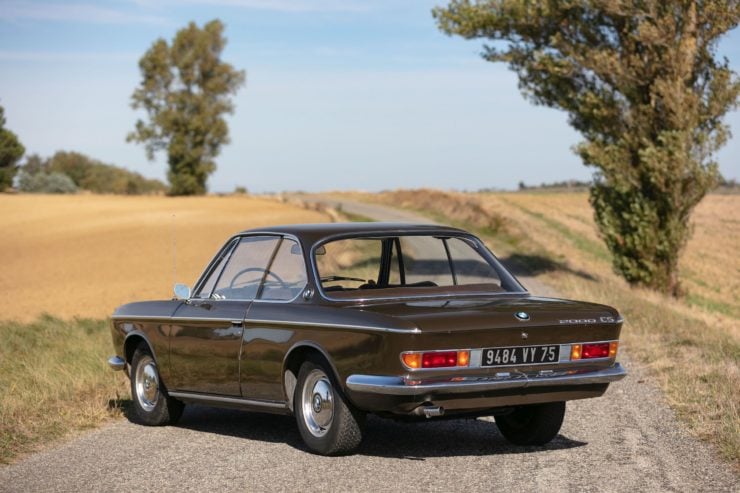 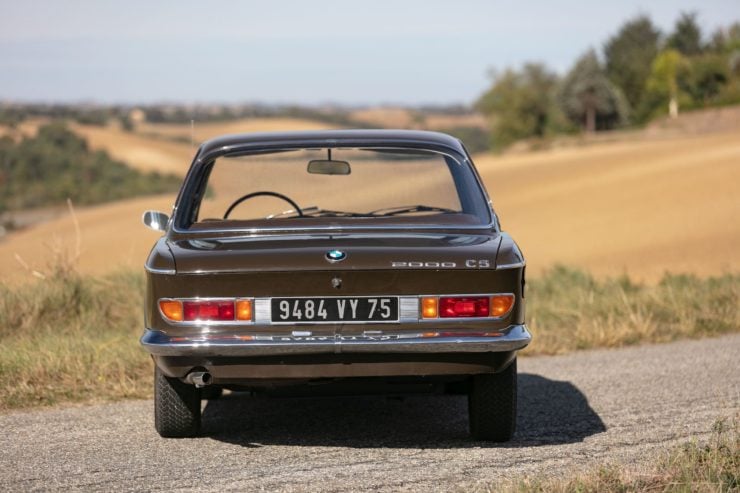 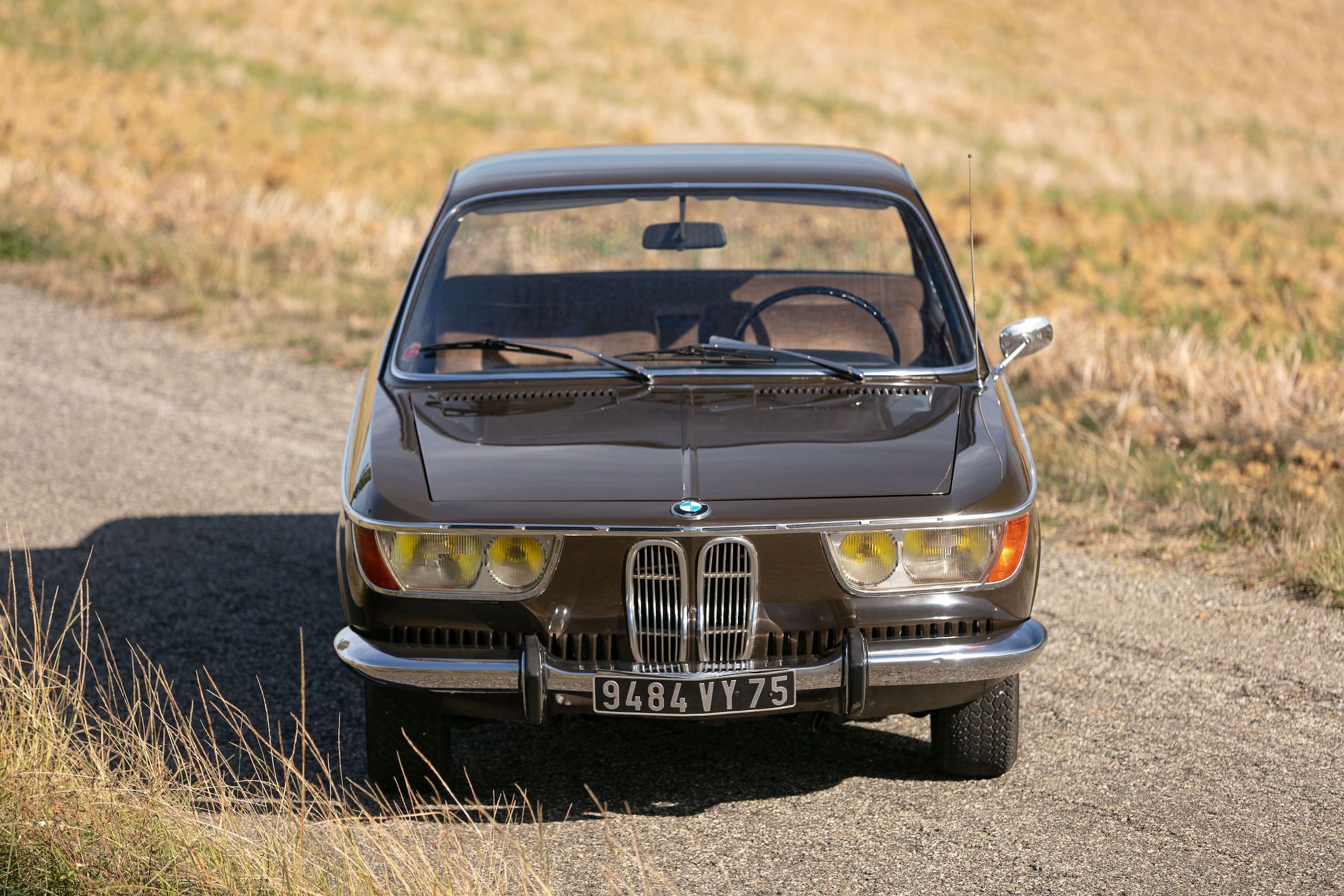