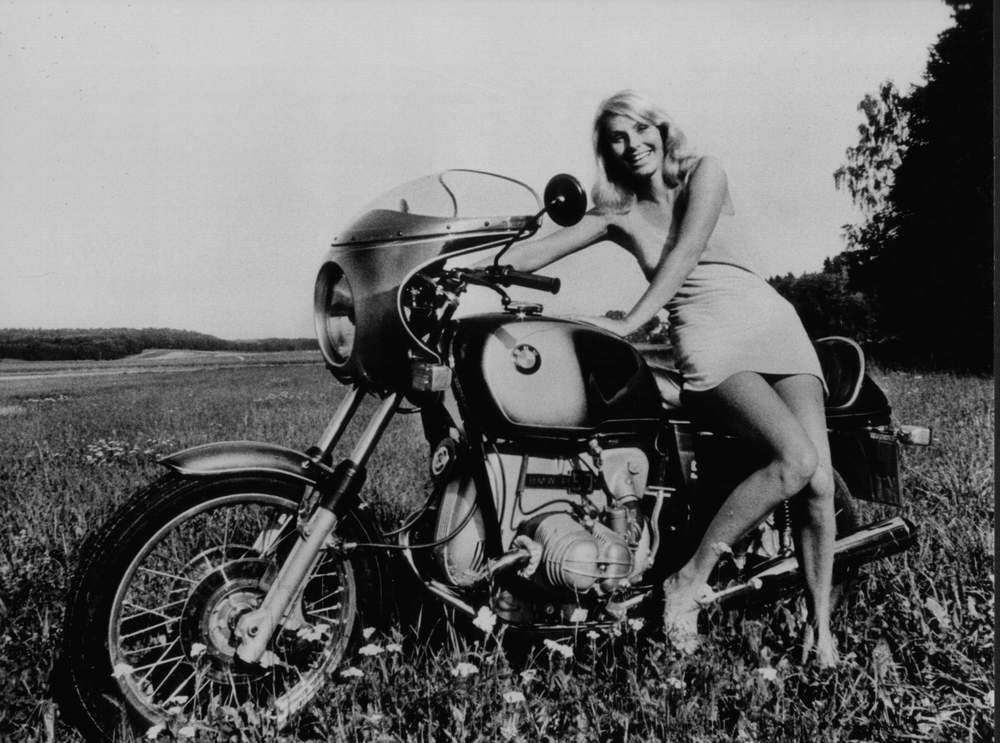 Motorcycle advertising seems so simple to me. Find an attractive lady, put her in some relatively skimpy clothing, place her on or near a motorcycle, profit. It works on me.