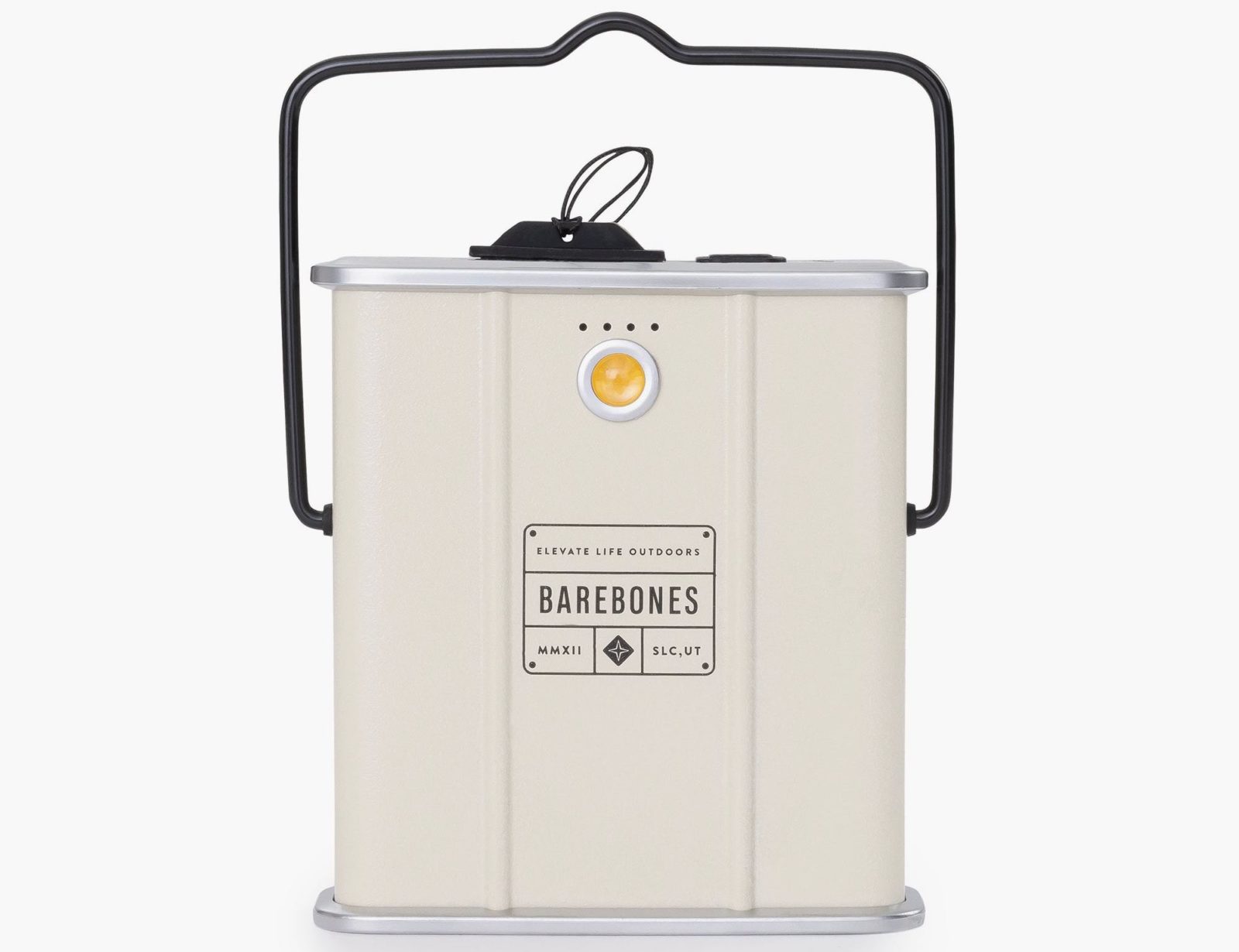 This is the Barebones Power Bank, it contains a lithium ion battery pack with a 10,000 mAh capacity, and it has both USB and USB-C outlets for keeping your devices charged when you’re miles away from the nearest power outlet.

Barebones was founded as a philanthropic endeavor that supplies semi-permanent tent structures where needed in developing countries, to provide shelter for displaced people as well as medical clinics and maternity delivery rooms. 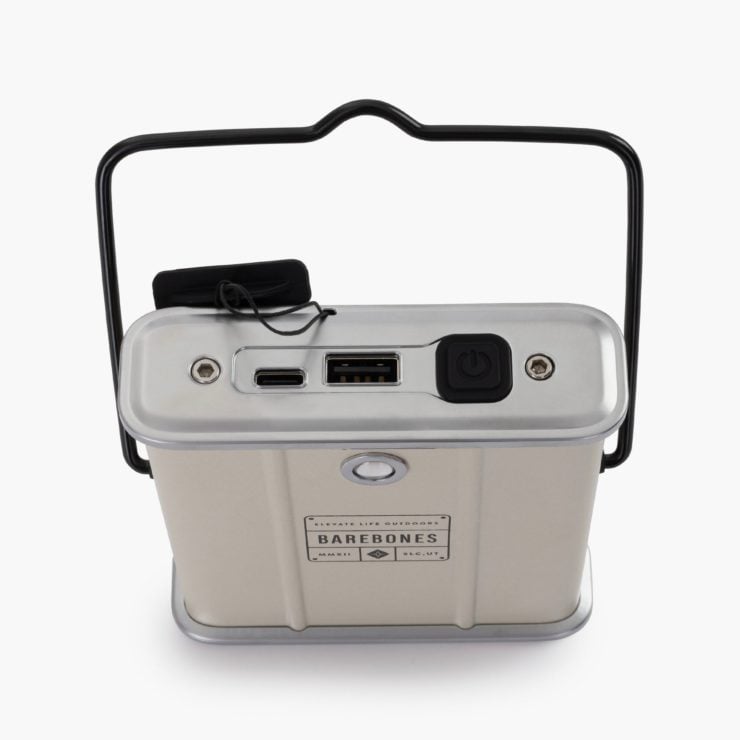 The Barebones Power Bank has both USB and USB-C outlets, plus an LED lamp in the front to help illuminate your campsite when needed.

Over time the company has expanded their range and now offer an assortment of equipment designed to last, with classic designs and high end materials.

The Barebones Power Bank’s capacity of 10,000 mAh should be (approximately) enough to charge most smartphones a total of three times from 0-100%. By way of an example, the iPhone 13 has a battery capacity of 3,227 mAh.

Of course, you can charge any number of other devices over the USB ports, including things like GPS units, satellite phones, iPads, eBooks, LED lanterns, and more. 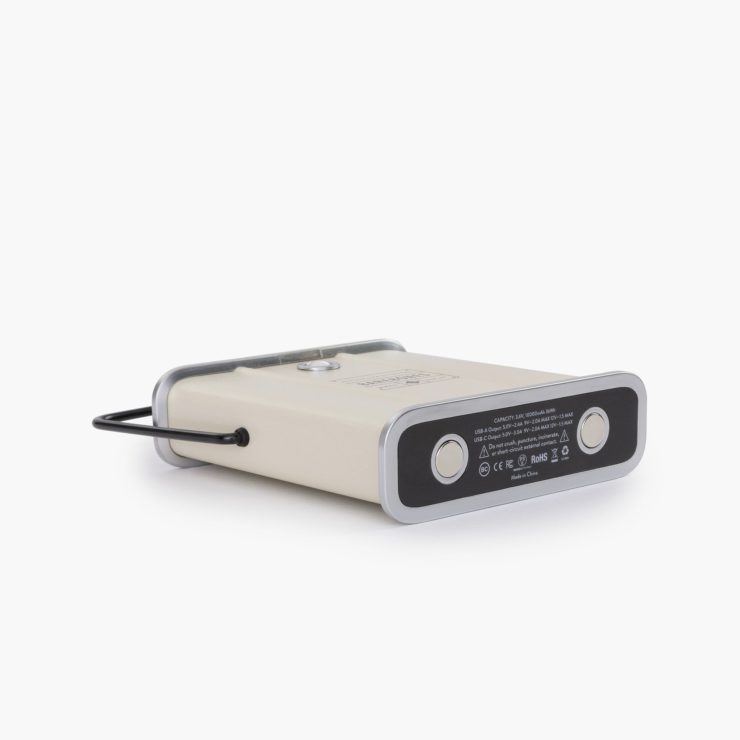 The two magnets on the base are there to help keep the unit firmly attached when sitting on your car.

The Power Bank unit itself is made from aluminum, steel, and ABS, it has a built-in LED flashlight, a copper wire handle, and built-in bottom magnets to keep it secure when sitting on a vehicle.

The recharge time is 4.5 hours and as mentioned above, it has both USB and USB-C outlets. The MSRP is $79.99 USD and Huckberry is offering the Vintage White colorway, and it measures in at 4¾” x 4” x 1¼”. 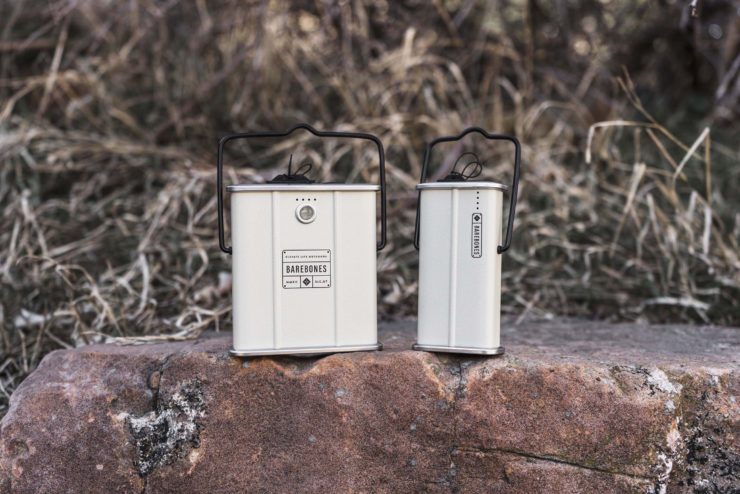 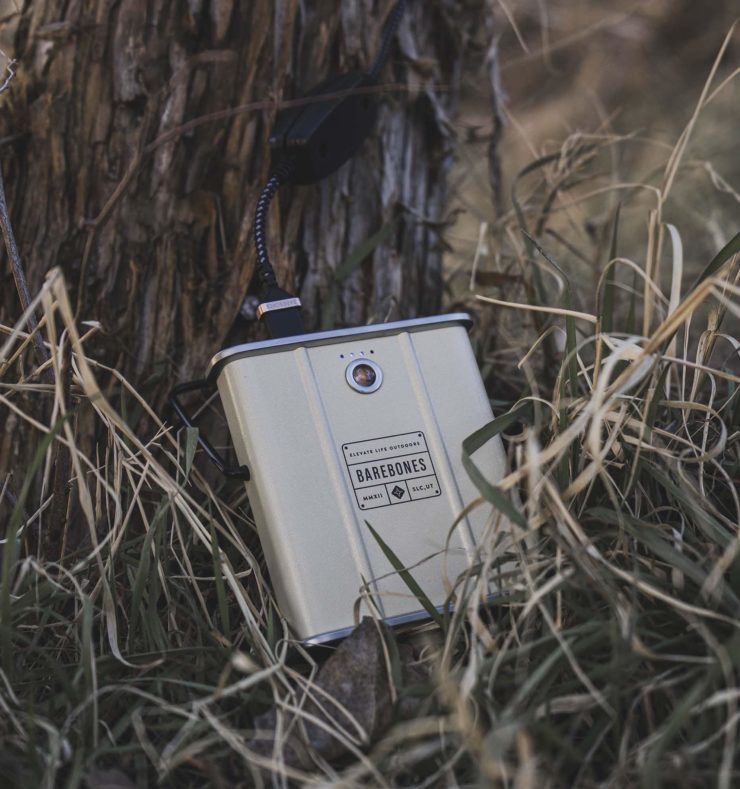 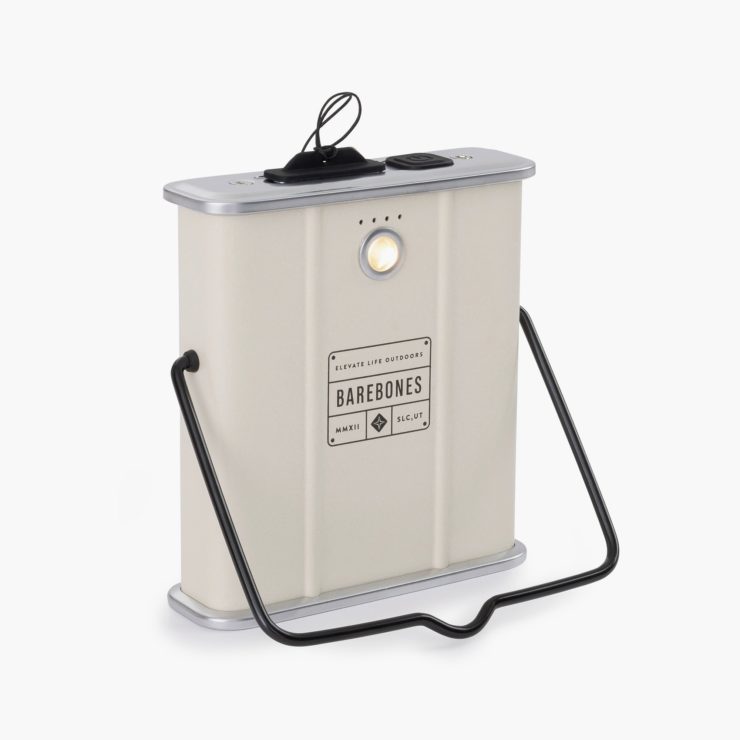