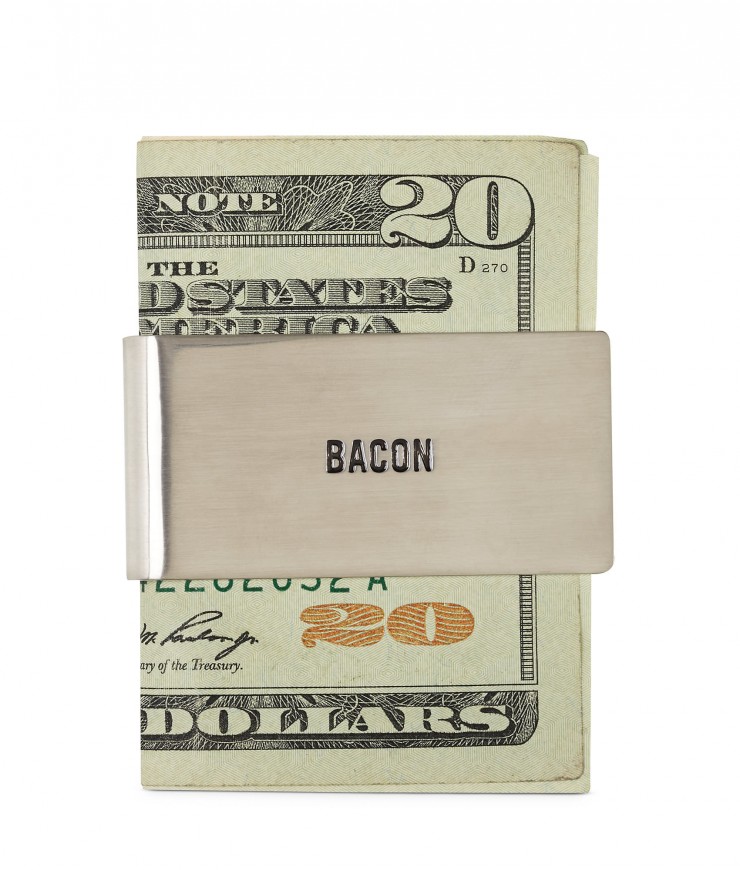 This Bacon Money Clip by Jack Spade is ideal for those who avoid wallets due to the Costanza-effect, each clip is made from thick, brushed nickel and is spring loaded. 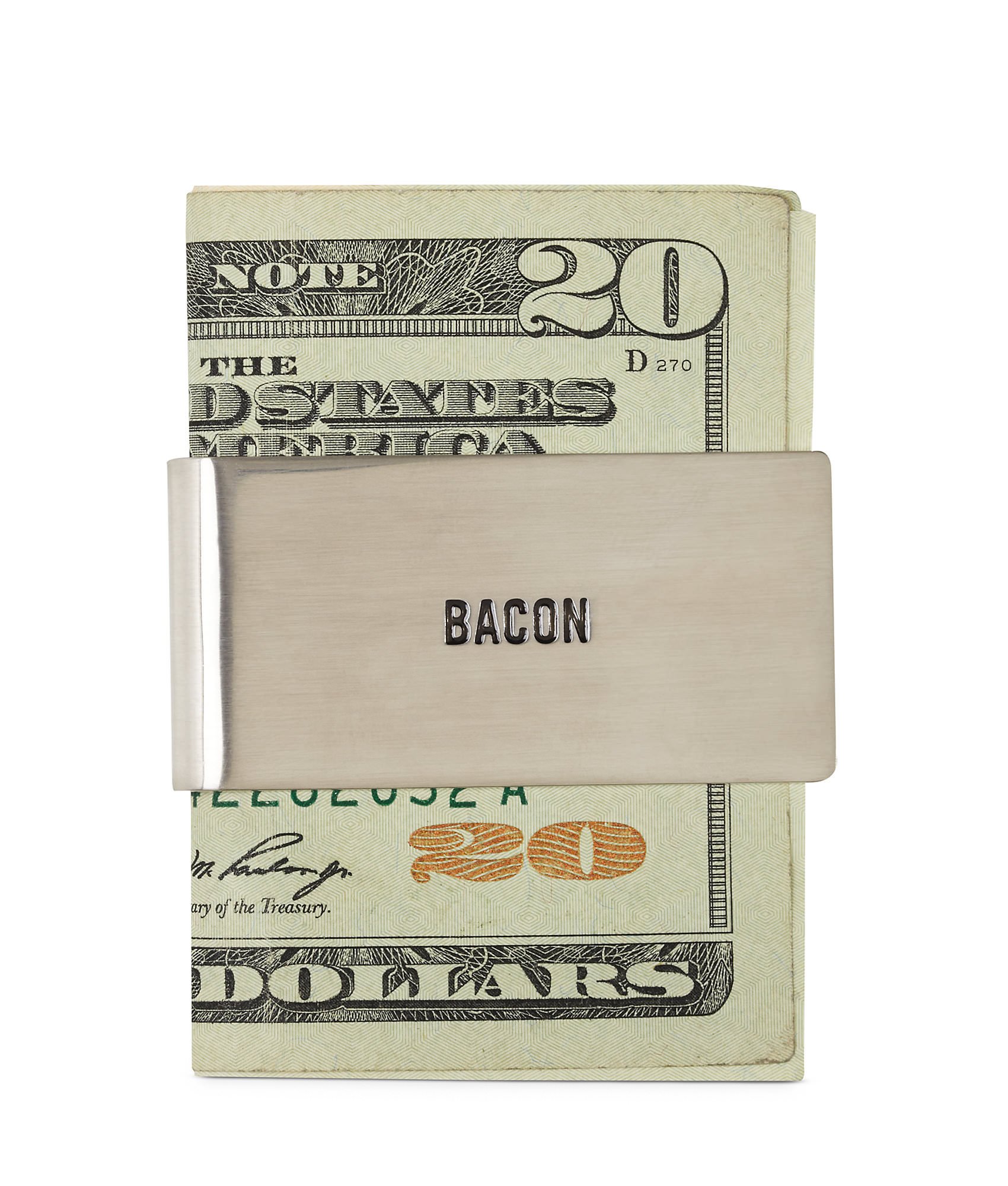