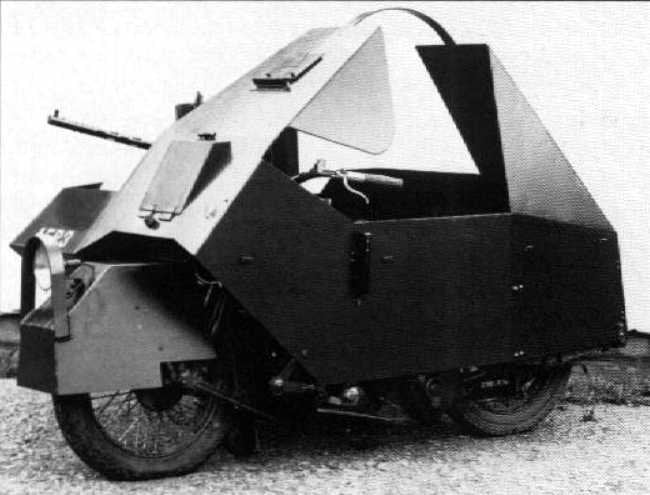 In 1932 the Danish government decided to try armouring motorcycles rather than cars in order to minimise costs, the Danes contracted the armour fabrication work to the Swedish factory, Landsverk AB who built the steel plating to blueprints created by the Danish Military.

A small number of test-bed armoured motorcycles were built between 1932 and 1935, the Danish Army found the  vehicles to be lumbering, top heavy and almost impossible to drive on anything other than a flat, straight road. These drawbacks coupled to the fact that the Harley’s comparatively big V-Twin struggled to get the contraption over 30mph left the Danes looking for alternatives.

In 1935 the Danish Army opted instead to buy the Nimbus Motorcycle and the brief foray into armoured Harleys was relegated to the annals of history.