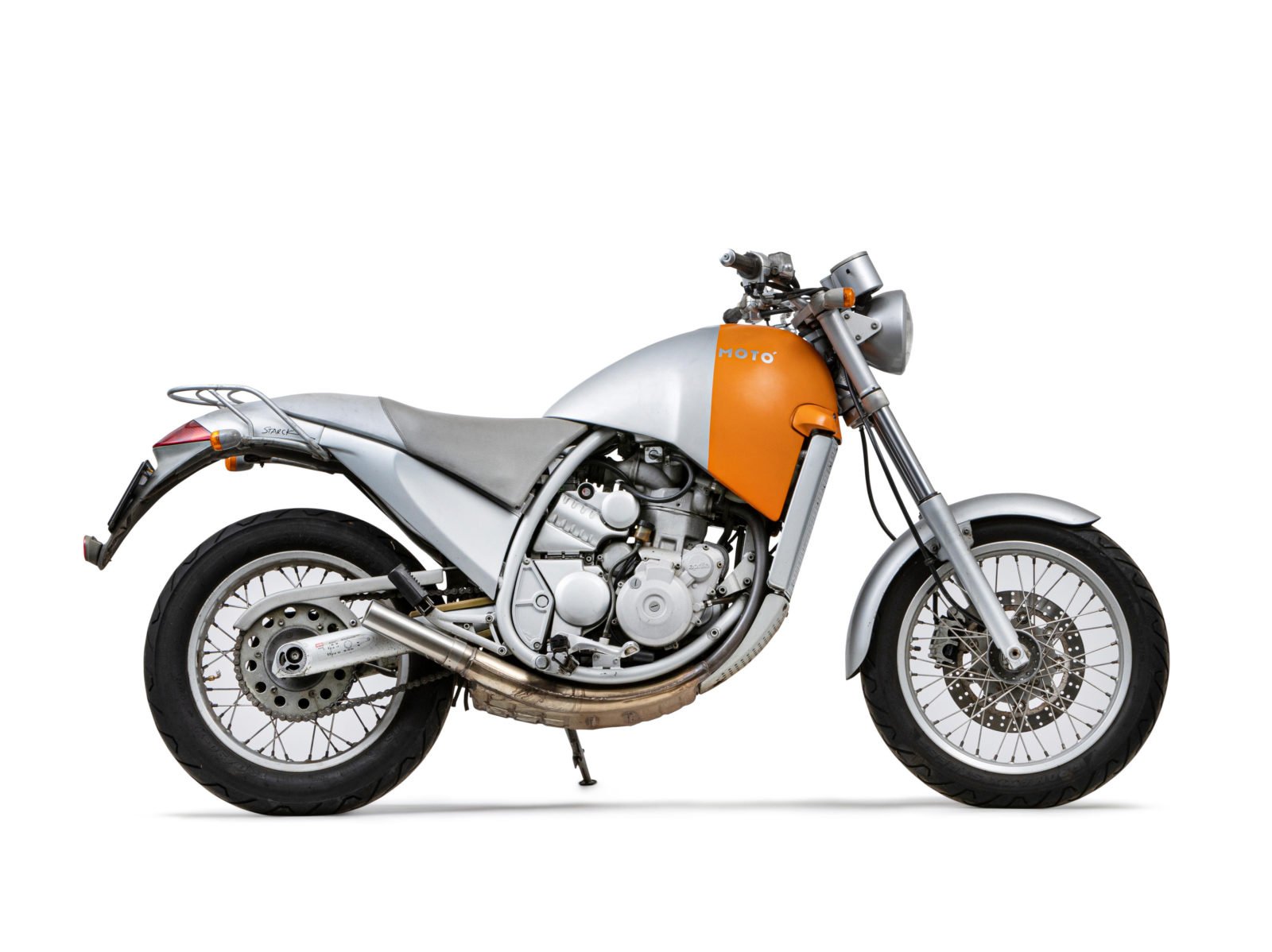 When the Aprilia Moto 6.5 debuted in 1995 it immediately set the world’s motorcycle media alight, with strong opinions on either side about whether the new design was an abomination or the very future of motorcycling.

The bike was based on the Rotax 650 engine from the Aprilia Pegaso 650 travel enduro bike, but it had a new frame and new bodywork all directly from the pen of Starck. Low initial demand meant it was only manufactured in 1995 and 1996, but it made a come back in 1999 until 2002.

As the 1990s progressed more and more companies began looking at their product offerings and seeking a way to reimagine them for the impending arrival of a new millennium. Motorcycle manufacturers were not immune to this phenomenon, and motorcycles like the Aprilia Moto 6.5 would be the result. 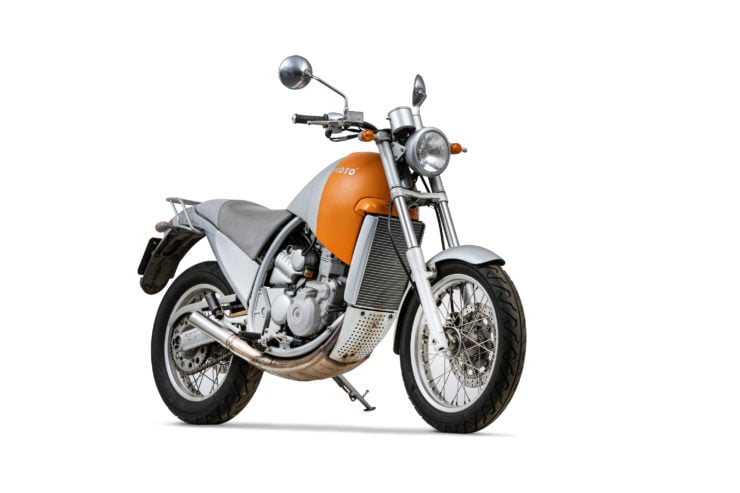 The design of the Aprilia Moto 6.5 has long divided motorcyclists, though the bike is now enjoying a rise in popularity as it approaches vintage status.

When French industrial designer Philippe Starck was approached by Aprilia in the early 1990s it provided him his first opportunity to design a motorcycle. He took up the challenge and set to work creating a new motorcycle design based around the Rotax 650 single-cylinder engine used in the Aprilia Pegaso 650.

Starck designed a new tubular steel frame and a radiator, bash plate, and exhaust muffler that all flowed down the leading edge of the frame around to the swing arm pivot point. He designed a new duel tank, seat, and rear cowl, and gave the bike the upright ergonomics that urban riders typically prefer.

The Moto 6.5 has a curb weight of 181 kilograms (399 lbs) and a top speed of 100 mph or 160 km/h, more than adequate for urban transportation duties and easily capable of cruising at highway speeds. 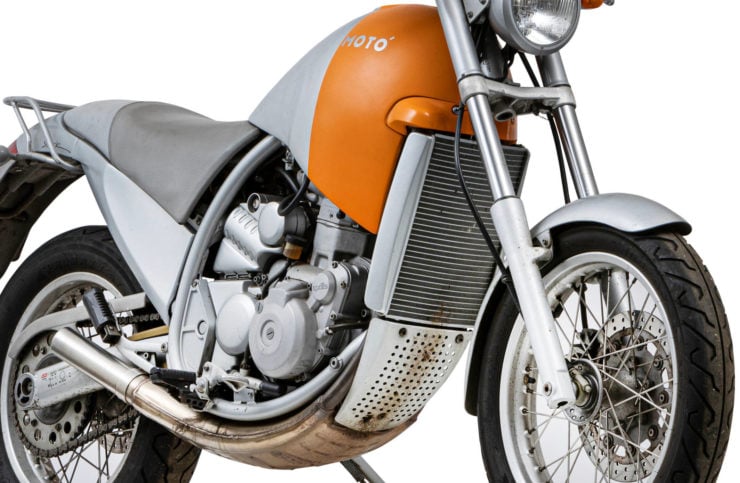 The Aprilia Moto 6.5 is characterized by it’s curves and smooth flowing surfaces, perhaps best showcased by the radiator/bash-plate/exhaust muffler combination running down the front of the frame.

The low sales figures of the Aprilia Moto 6.5 led to its early demise after just two full years of sales, but Aprilia would bring it back in 1999 just in time for the new millennium and sell it until 2002.

In the end the Aprilia Moto 6.5 was deemed a failure by many however the design has been enjoying a moderate surge in popularity in more recent years as many realize that Philippe Starck actually did a pretty good job of designing an affordable urban bike.

Custom examples of the Moto 6.5 have been made, perhaps the best known of which is the one built by Rick Geall of Wreckless Motorcycles four years ago.

The Aprilia Moto 6.5 you see here is a 1996 model from the first of the two production runs. It was first registered in the UK in 2001 and it’s accumulated just 23,602 kms on the odometer.

This bike has been in storage since 2018 and will thus now need a recommissioning to get it back on the road, at the very least it’ll need all fresh fluids, a new battery, and a check over by a mechanical who is familiar with the Aprilia Pegaso 650. 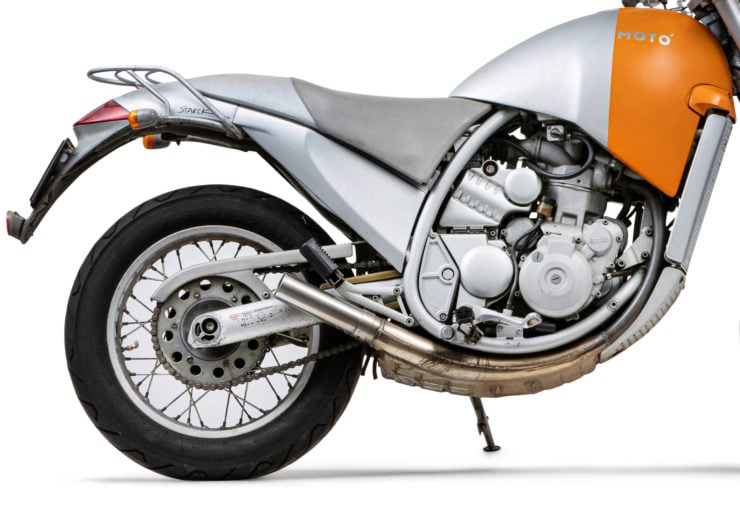 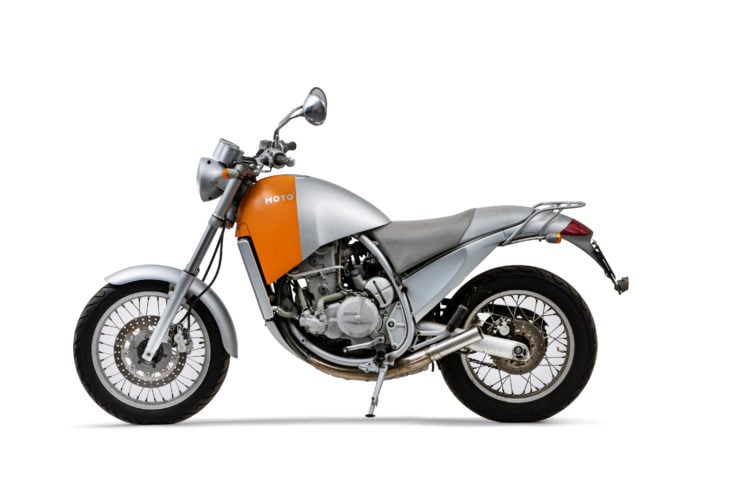 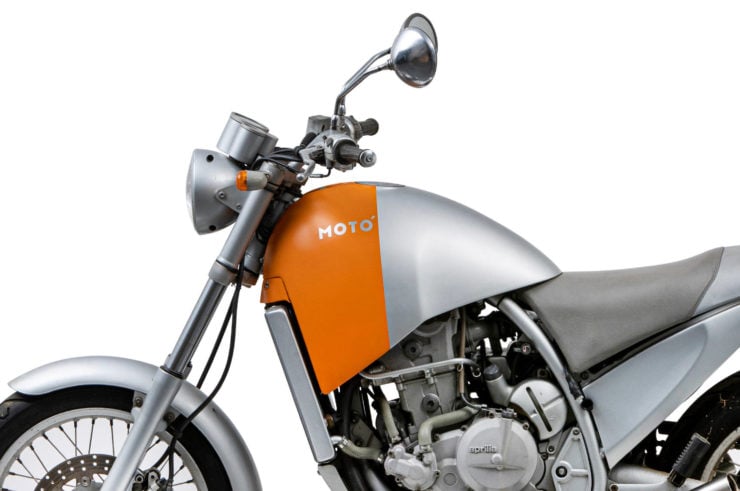 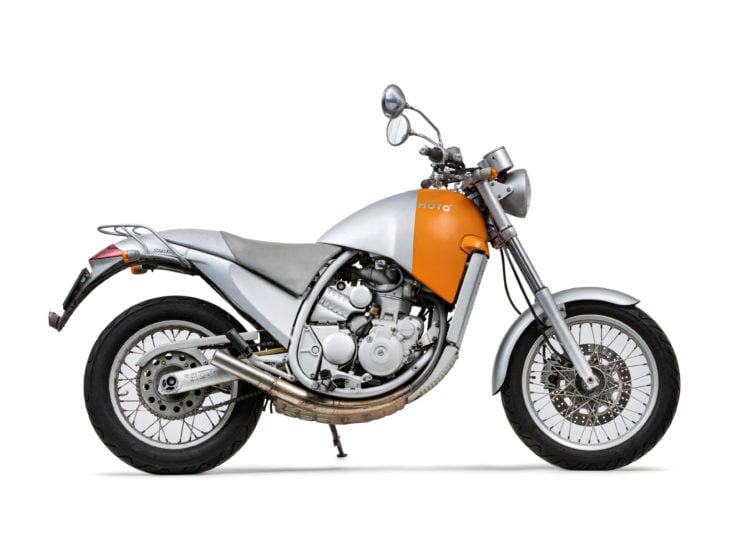