This Alfa Romeo 2.6 Liter V8 was developed by the Italian automaker for their brief foray into the CART IndyCar racing that started in 1989 and concluded in 1991.

Alfa Romeo has taken a few swings at racing in the Indy 500 over the years, an Alfa Romeo Type 8C competed in 1937 with Rex Mays at the wheel and a decade later after WWII an Alfa Type 308 contested the race.

In the 1980s with the Alfa Romeo 164 and the Alfa Romeo Milano being sold in the US market the decision was made to once again race in America’s premier open-wheeled series, then called the CART PPG IndyCar World Series Championship. 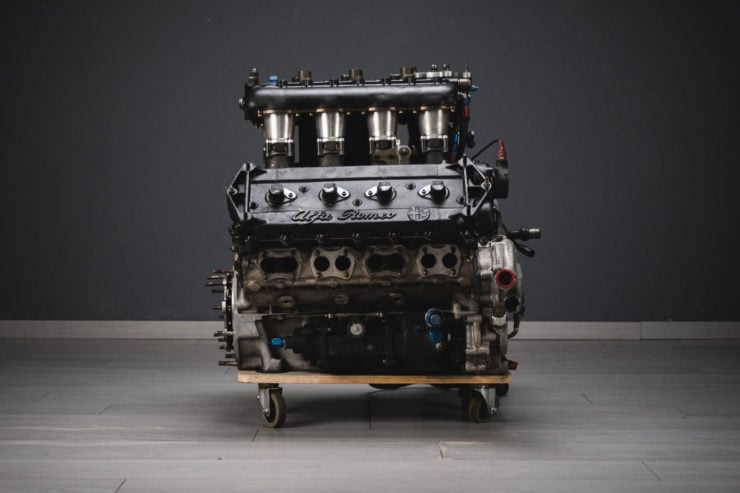 The hope was that the cars would enjoy some success on track, and drive sales of road-going Alfas whilst also improving the somewhat tarnished reputation the marque had acquired due to issues with lax quality control.

Due to time and budget constraints the decision was made that Alfa Romeo would develop the engine in-house, and partner with specialist outside partners who would build the chassis.

In-keeping with the rules at the time, an all-new turbocharged 2.6 liter V8 was developed, it had an aluminum ally block and heads, cast iron liners, double overhead cams per bank, four valves per cylinder, a methanol injection system, eight individual throttle bodies, and titanium connecting rods. 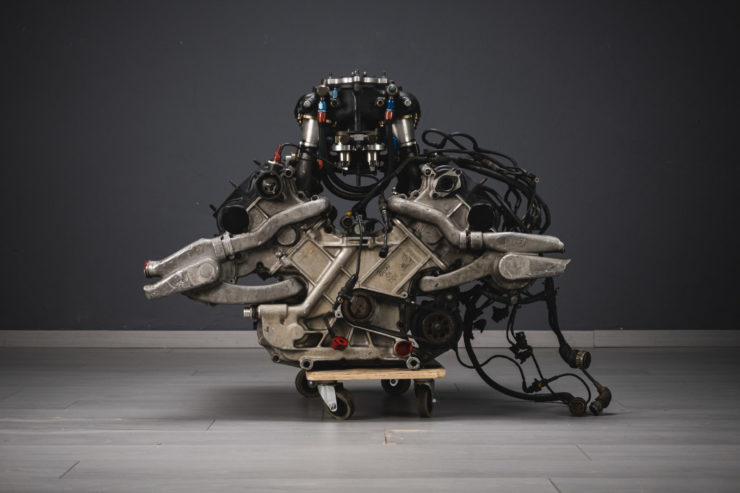 In its current form it would need a full rebuild before any operation was attempted, the buyer would also need to source a suitable turbocharger and have new exhaust manifolds made.

With up to 720 bhp at 11,800 rpm this engine had great promise, unfortunately a series of issues with other car components like rear wing failures and suspension problems robbed the team of any potential podium places or wins.

Alfa had entered the series and left again by 1991, achieving some relatively high finishes capped off by a 4th in Australia in 1991. Today just a few of these Alfa Romeo CART cars and engines remain.

The engine you see here is being offered out of Portland, Oregon on Bring A Trailer sans its turbocharger and exhaust system. If you’d like to read more about it or register to bid you can visit the listing here. 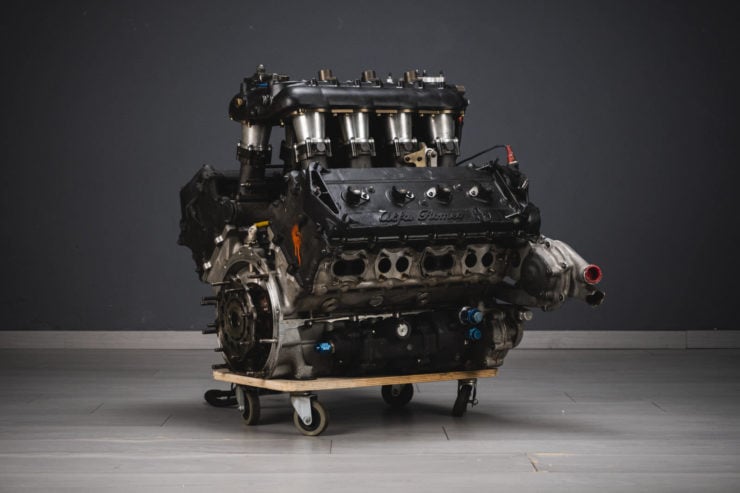 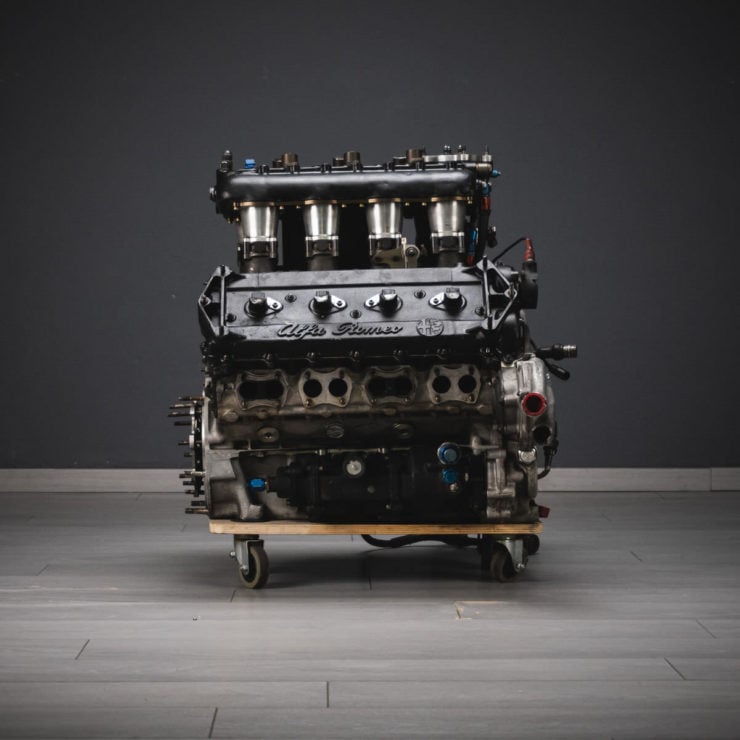 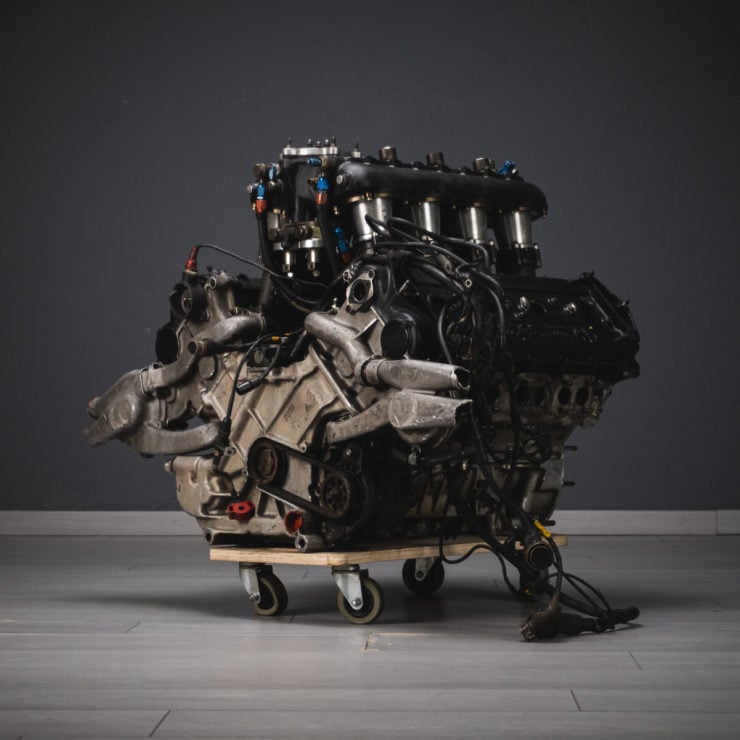 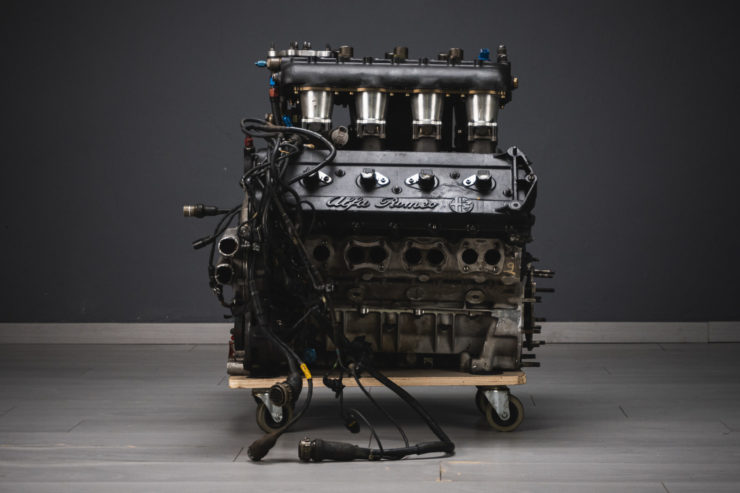 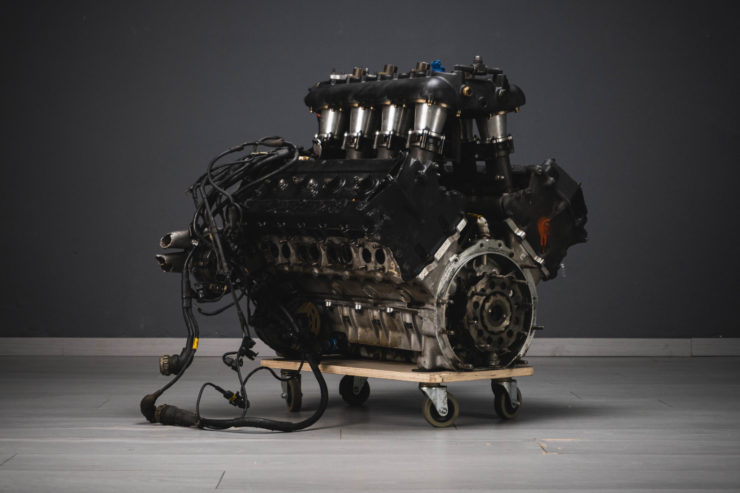 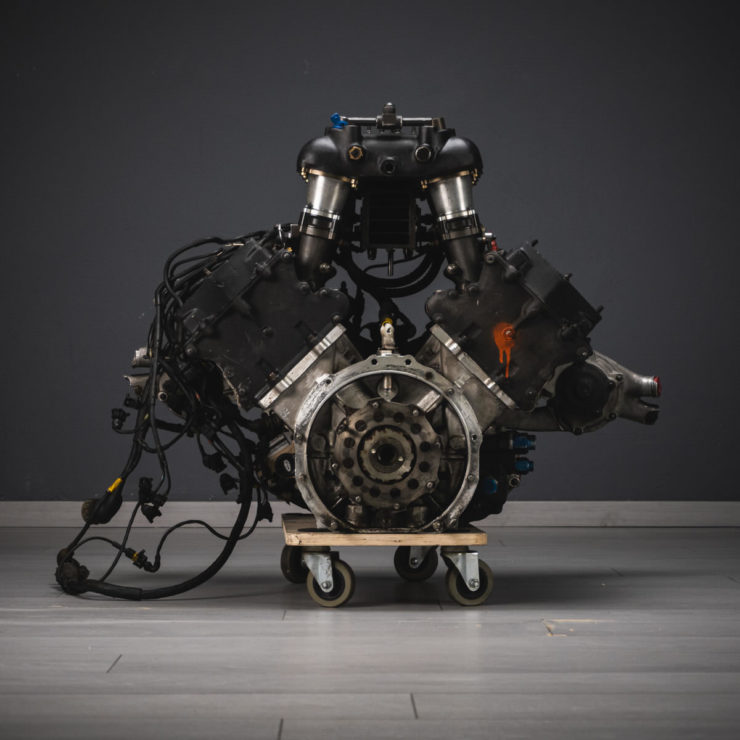