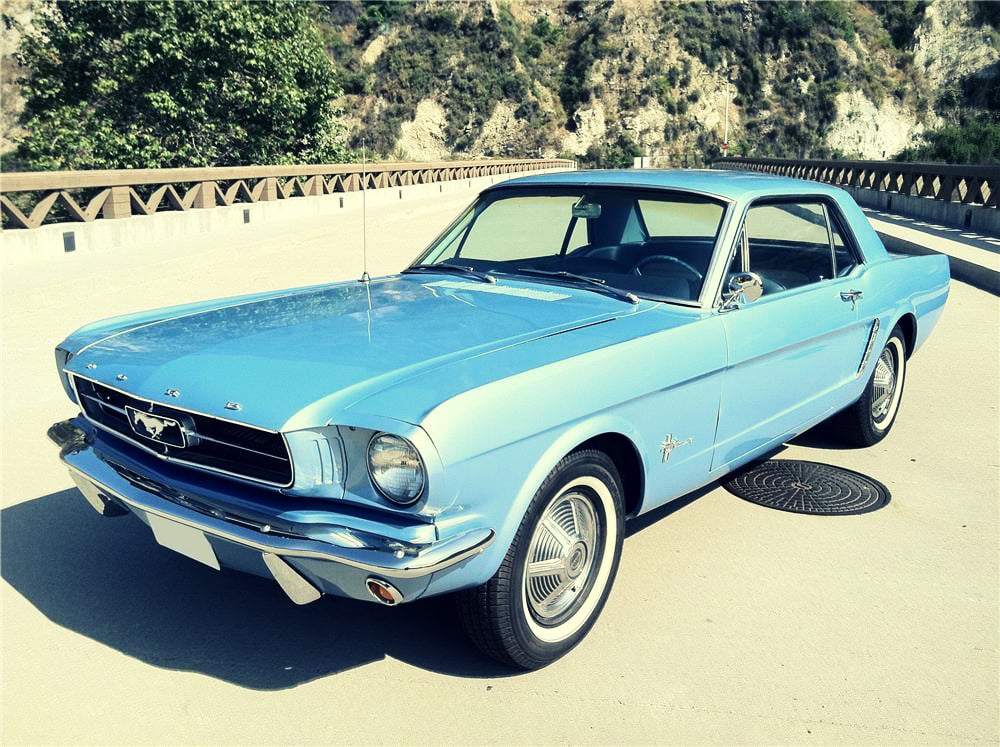 It isn’t everyday that a mint condition, factory spec Mustang lands on the auction block. This ’65 Ford Mustang underwent a 2 year restoration to exact, factory specification, right down to the fully functioning AM/FM radio, heater and window defrosters.

The car sold at the Barrett-Jackson Orange County auction in 2011 for $23,100, which actually seems like a fairly good deal. The cost of the 2 year nut and bolt restoration would be at least double that amount at most Mustang specialists, and that’s before you go out and buy a car to get started with.

The 6 cylinder engine has been completely overhauled, with new piston rings and valve guides, the 3 speed manual transmission is in immaculate condition and the sky blue paint job is the same colour the car was wearing off the production line, all the way back in 1965.

I’m a big fan of the Mustang, admittedly I prefer the 1967 Mustang Fastback, but these earlier models have an appealing level of simplicity, almost purity, in their design.

If you’d like to read more about this car, check out the auction listing here. 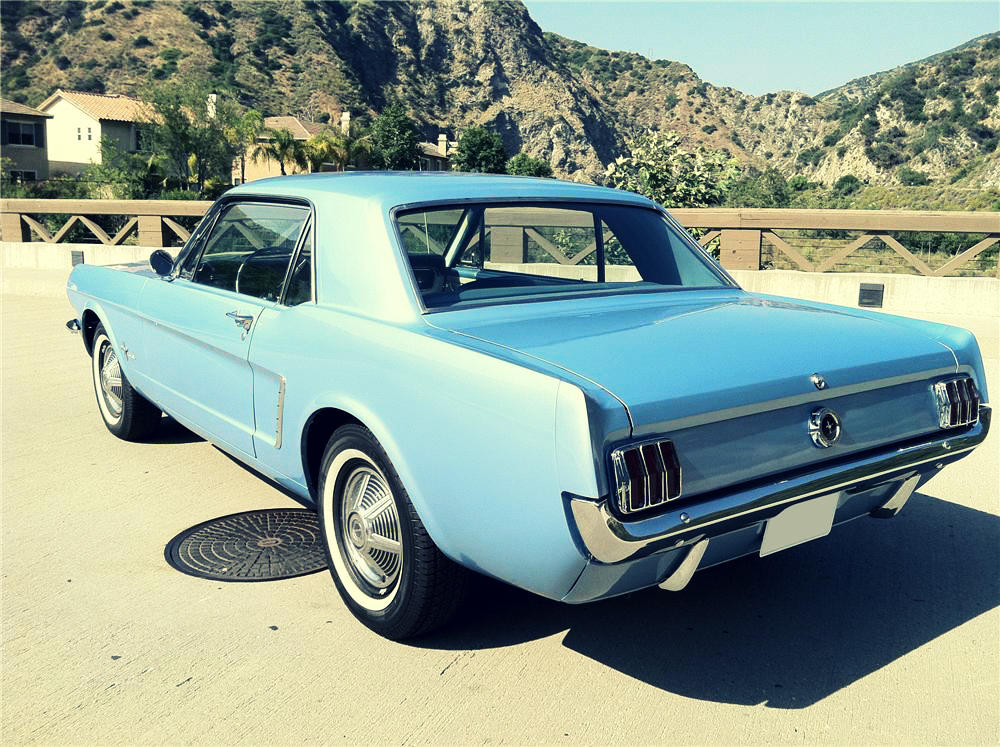 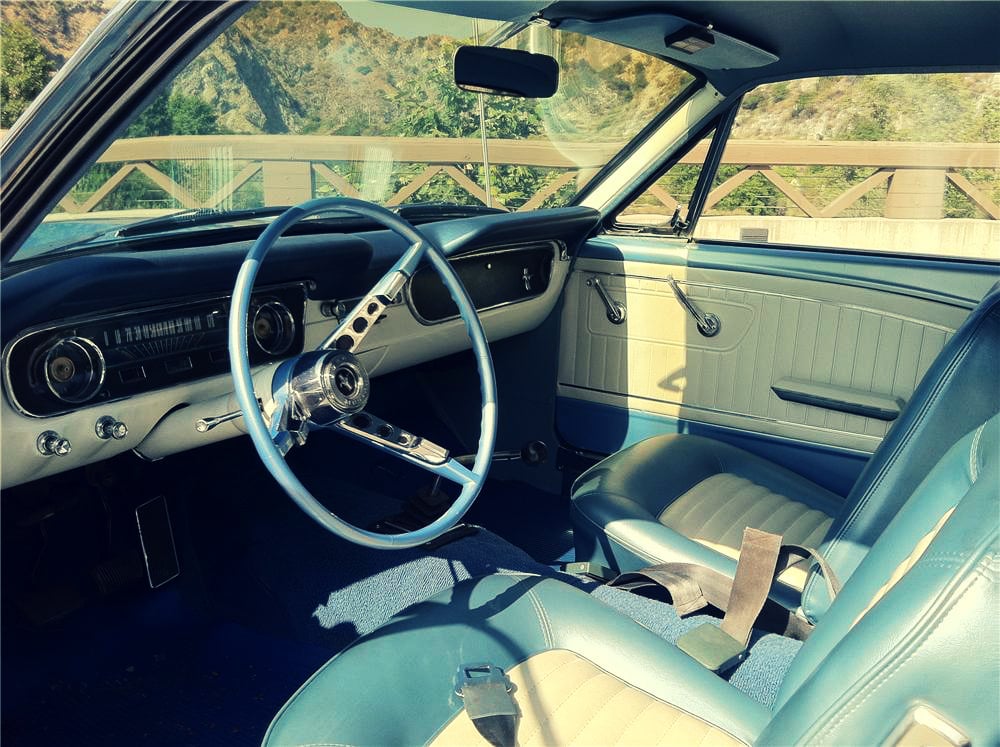