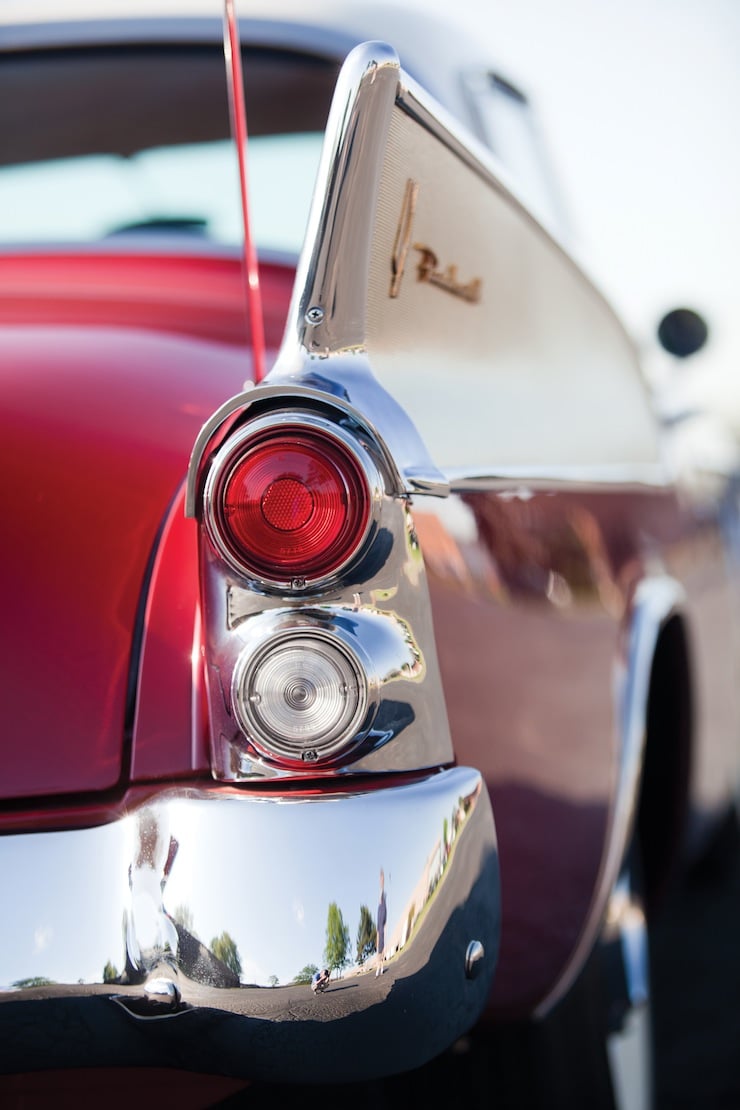 Packard had been acquired by Curtiss-Wright in 1956 and as so often happens with acquisitions, the smaller company ends up gutted. Packard production was moved to the Studebaker factory in South Bend Indiana (also owned by Curtiss-Wright), where a new, final series of Packards were to be built. 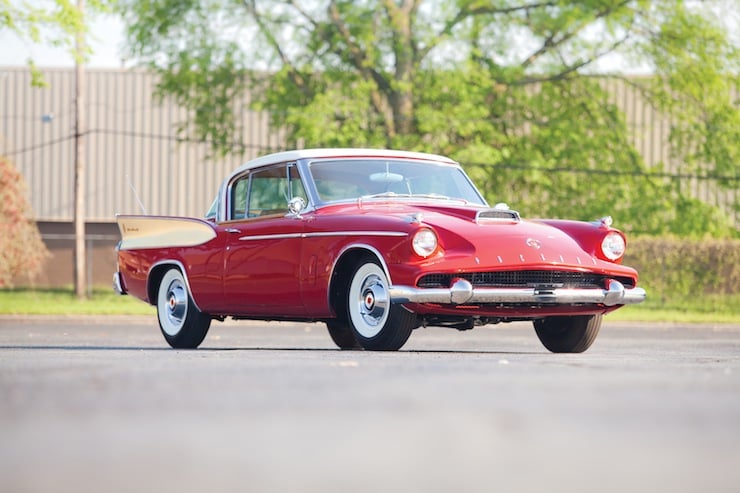 The 1957 Packard Hawk was modified for the 1958 model year with a new fiberglass nose section and an impressive, McCulloch-supercharged 289-cubic inch V8 engine with twin exhausts. This 275hp engine was fitted with a Stromberg two-barrel carburettor and then mated to a Borg-Warner Flight-O-Matic three-speed automatic transmission. The car rode on independent front suspension with unequal-length A-arms, coil springs and an anti-sway bar, it was also fitted with a live rear axle and semi-elliptic leaf springs.

As fate would have it, only 588 Packard Hawk Sport Coupes would be built in South Bend before the Packard name was shuttered permanently – making this the last of the great Packards.

The example pictured here is in immaculate condition and is being offered from the collection of Richard and Linda Kughn, it’s likely to sell for somewhere in the region of $50,000 – $60,000 USD – making it an imaginative alternative to a Corvette C7.

You can visit the auction listing via RM Auctions. 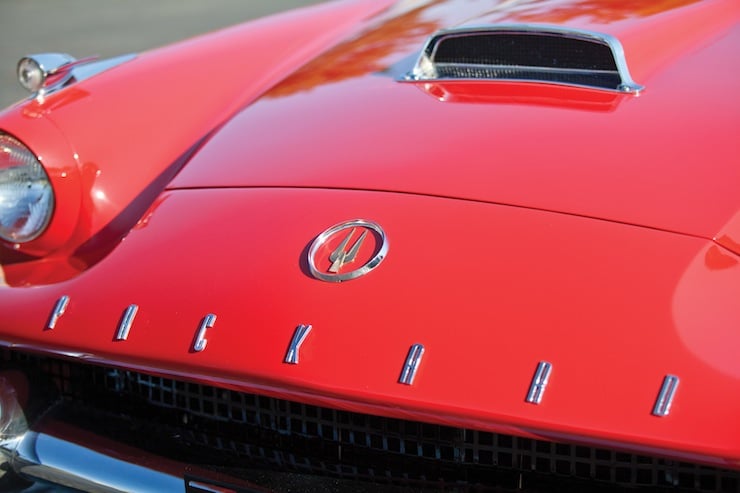 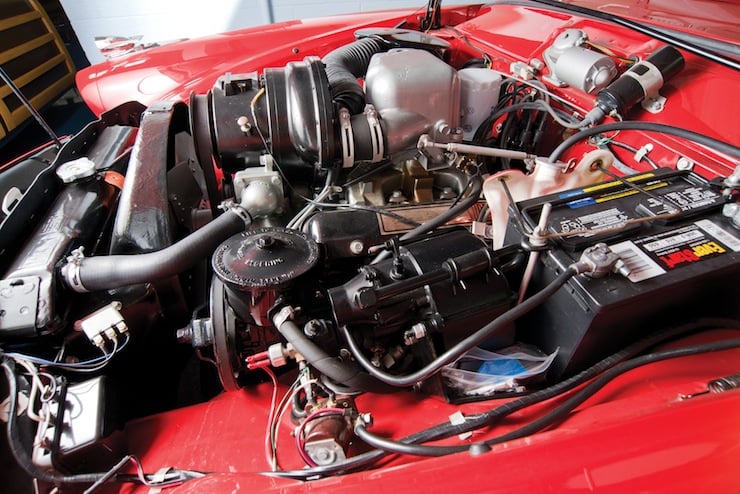 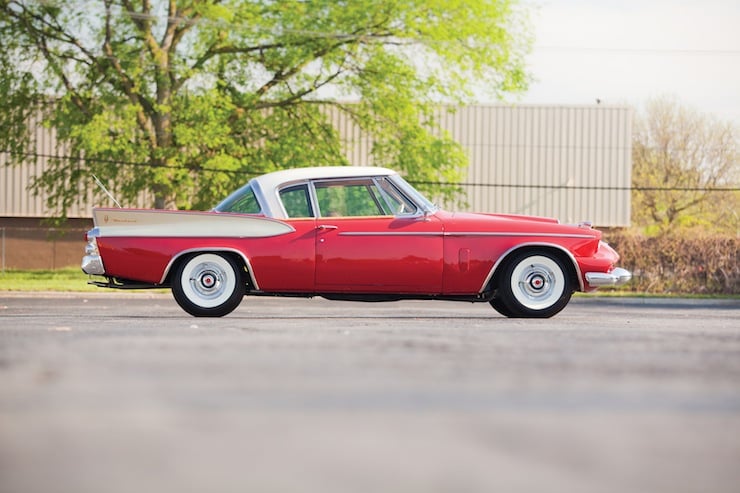 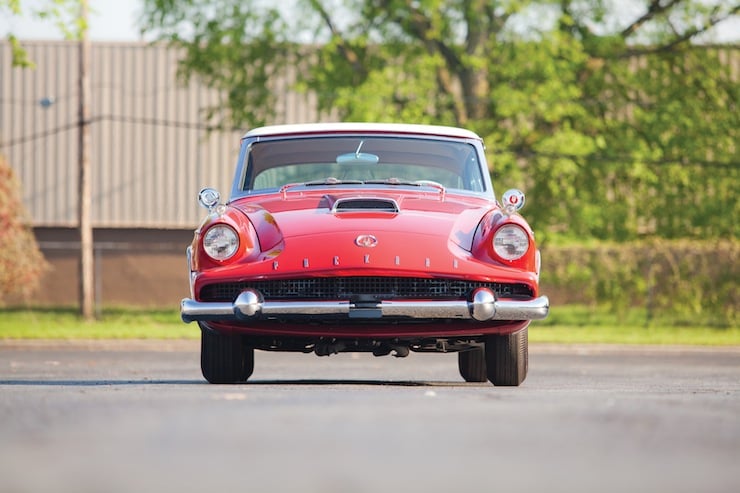 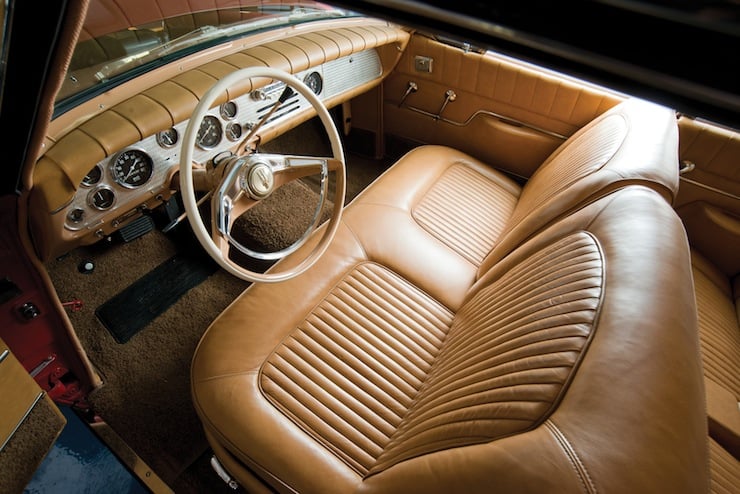 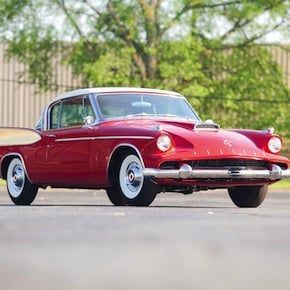