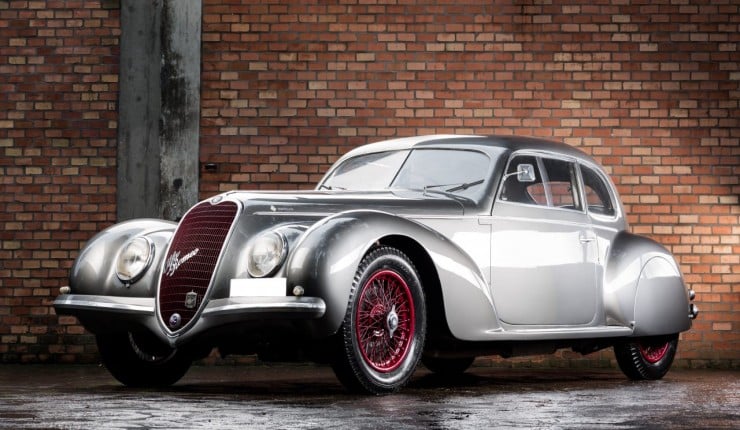 This 1939 Alfa Romeo 6C with coachwork by Carrozzeria Touring is a car I haven’t come across before, it’s a visually stunning piece of design, largely due to the fact that it was formed with the aid of an early, pre-war wind tunnel.

The 6C 2500 was to be the last of the 6Cs, WWII was fast approaching and the model had been in non-stop production since 1925, making it one of the longest production runs of any Alfa. The 2500 was to be the ultimate iteration of the car, it was offered in 3 three wheelbase lengths – 3250mm/128.0 inches on the Turismo model, 3000mm/118.1 inches on the Sport model and 2700mm/106.3 inches on the Super Sport model (pictured here). The Super Sport was also fitted with a triple carburettor set up and higher compression pistons than the more touring oriented, longer wheelbase models.

As with many cars of the era, the name was direct reference to the car’s engine. The “6C” meant 6 cylinder and 2500 was a reference to the engine’s capacity of 2443cc. This was the highest performing road specification engine that the car was ever fitted with, it could produce a maximum output of 120hp at 4750RPM, making it quite a sprightly performer.

The immaculate 1939 Alfa Romeo 6C 2500 you see here is being offered for sale by its current owner, he’s an Italian collector who’s owned the car for decades. Interestingly, the car has never had (or needed) a restoration, making it the most original surviving 6C 2500 and doing absolutely no harm to its resale value.

If you’d like to read more about the car, or enquire after it as a potential purchase, you can click here to visit Classic Driver. 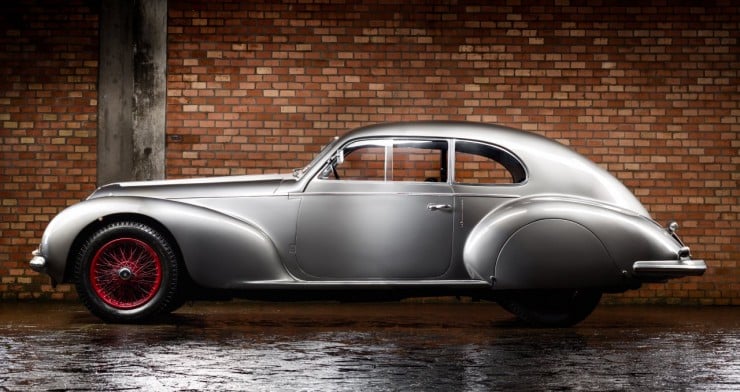 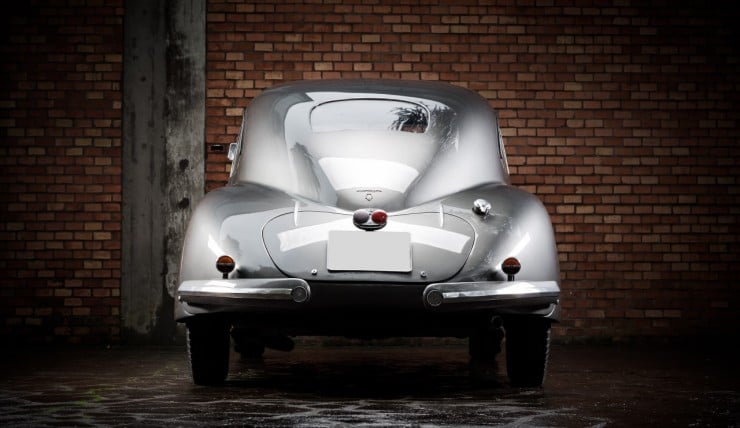 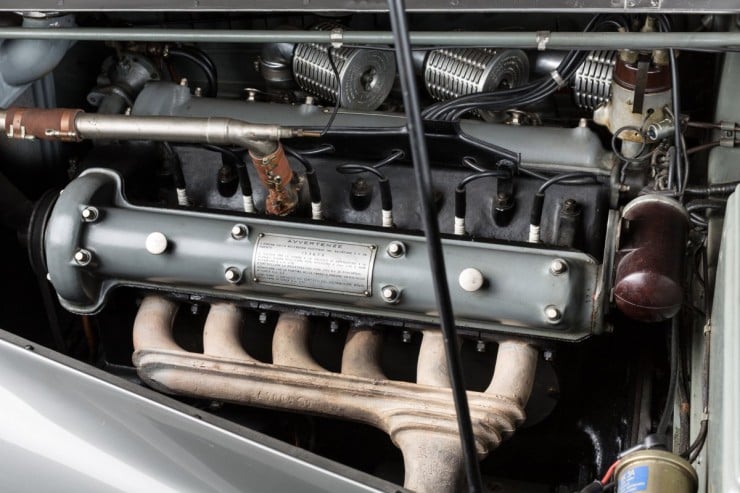 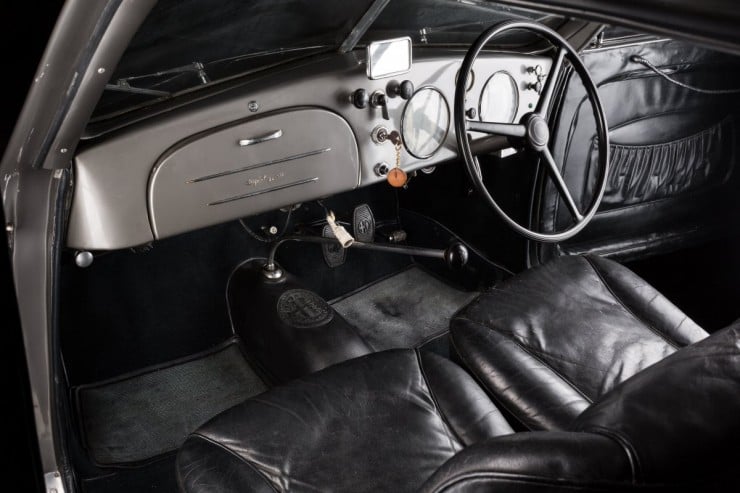 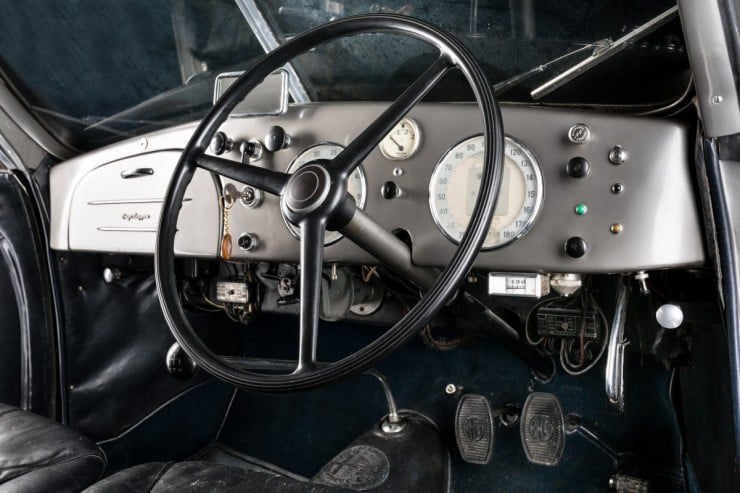 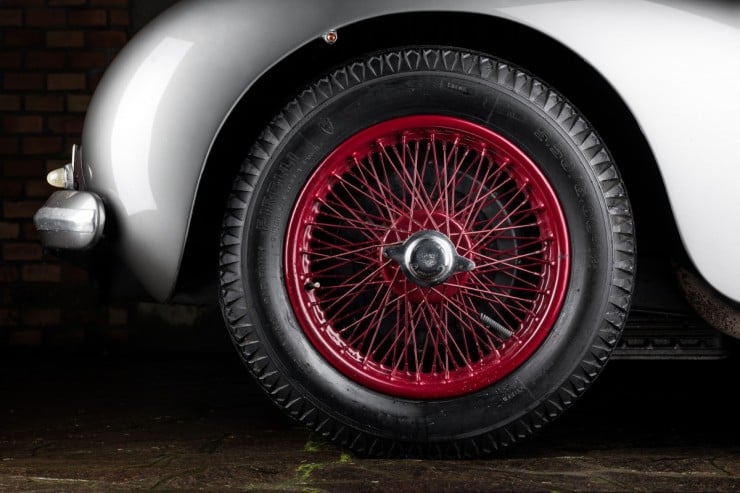 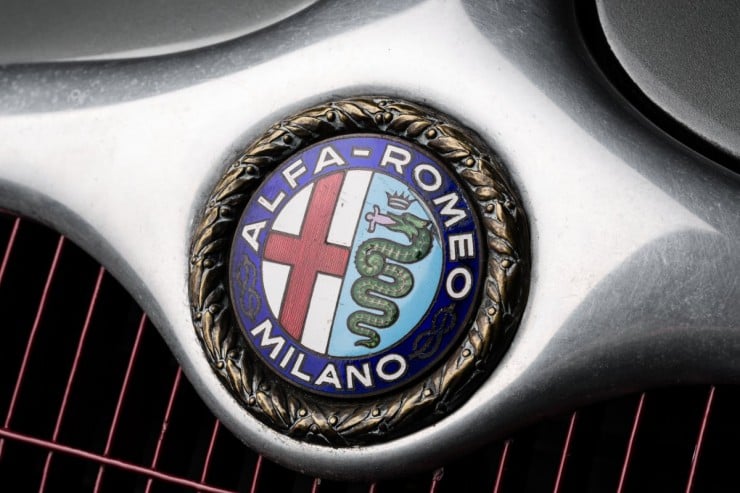 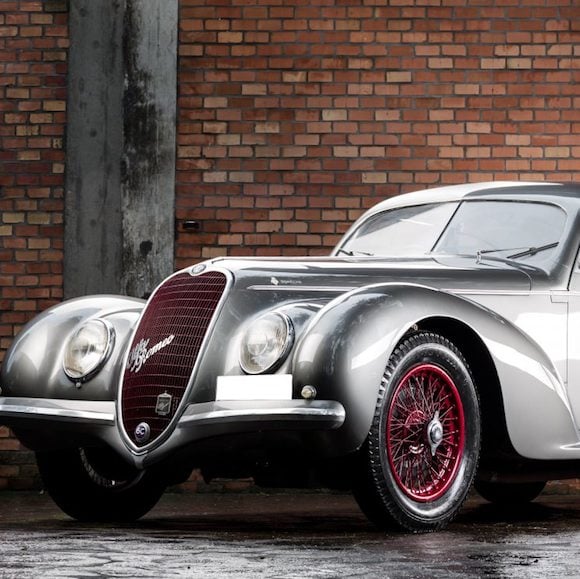