This is the 1932 USA Geological Relief Map from Muir Way, it’s a large 42″ by 24″ inch print of a historical map of the United States from 1932 with detailed 3D USGS elevation map overlaid.

Of course the elevations aren’t to scale, they’re exaggerated to highlight the varied terrain a person encounters as they cross the continent.

Above Video: This short film from the team at Great Big Story takes a look at Jared Prince and the methodology he uses to create his unusual maps.

The end result is a captivating and highly detailed look at the United States that makes traditional maps seem a little flat by comparison.

Muir Way was founded by Jared Prince to bring maps to life in a way that had never quite been done before. An avid outdoorsman, Jared wanted to create maps that looked how the great outdoors felt.

The extraordinary detail of the maps is helped by the 3D illusion created by the shadows cast by the mountains and terrain.

The 1932 USA Geological Relief Map you see here covers the entire continental United States, mountain ranges, plains, rivers, and coastlines all stand out and a portion of every sale goes to supporting organizations that help to protect the land, water, and air of the United States.

Each map is printed on museum quality 100% cotton, acid-free archival paper that’s rated to last 100+ years. Printing is done using only 12 color gicleé printers using premium inks, and each is made in the USA. 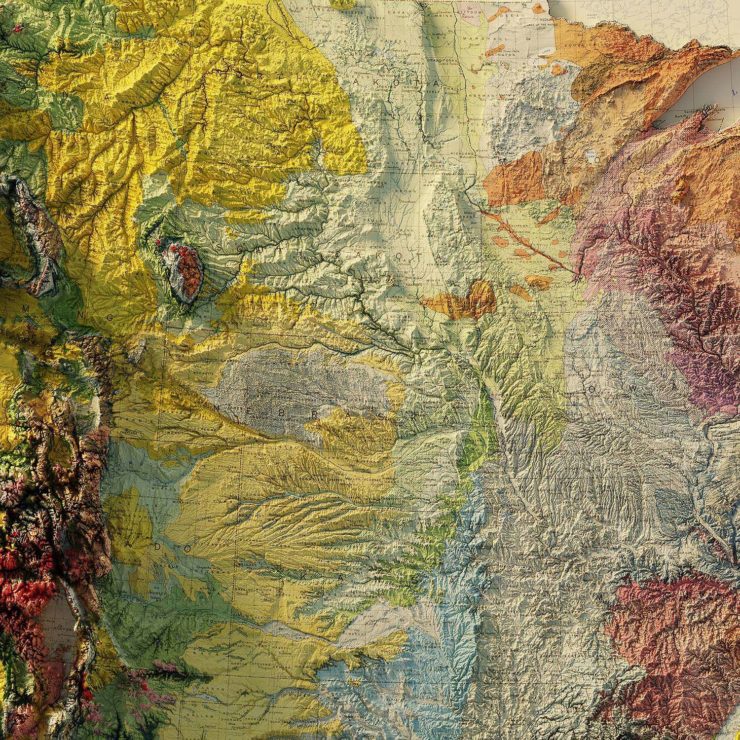 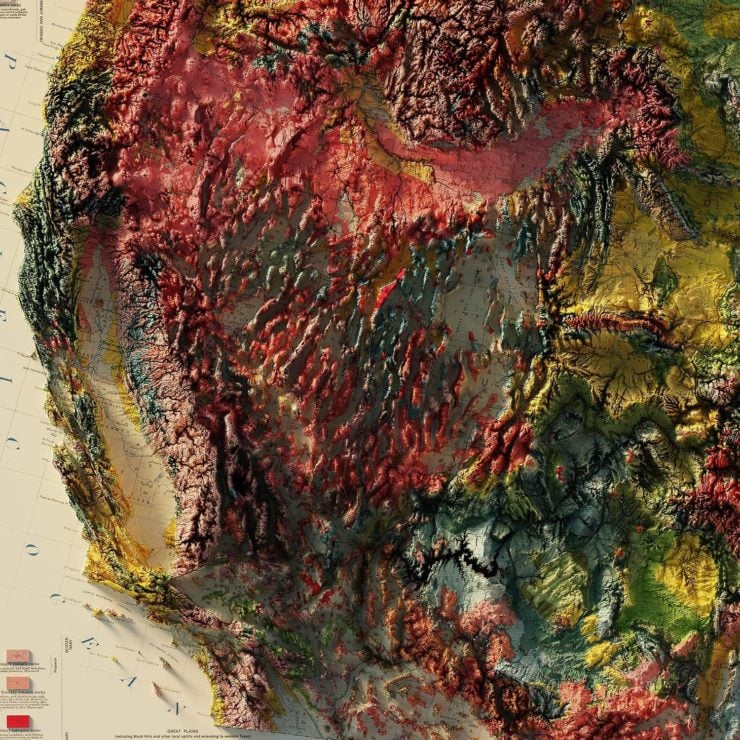 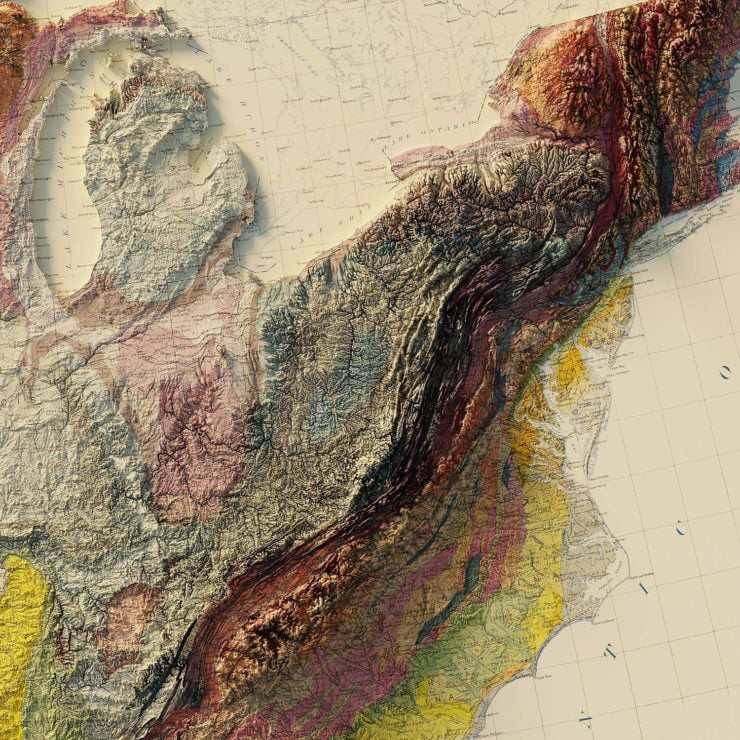 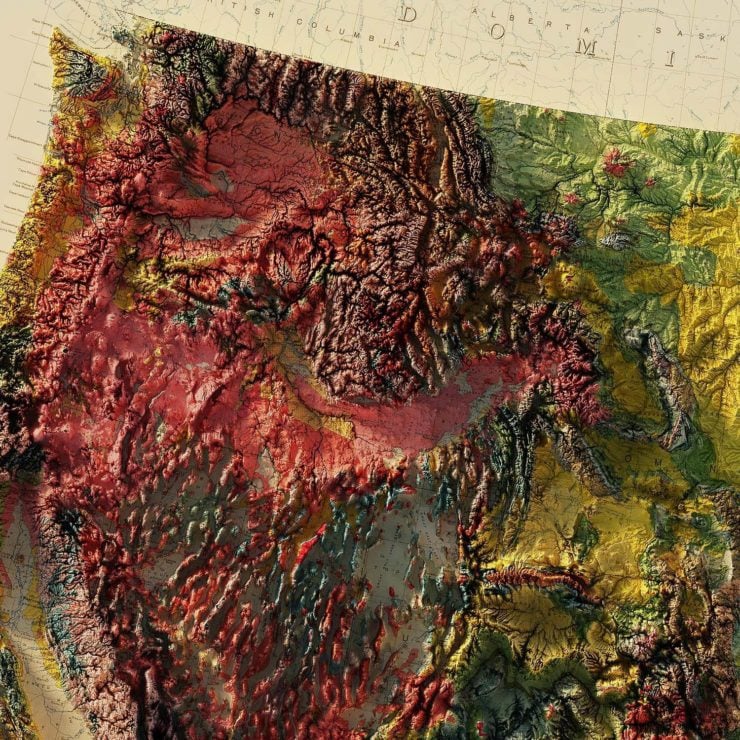 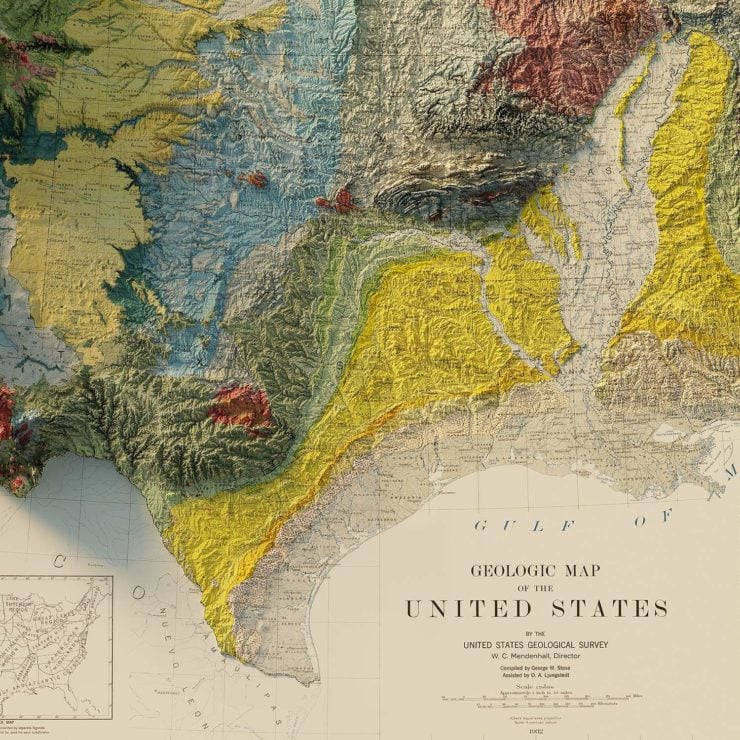