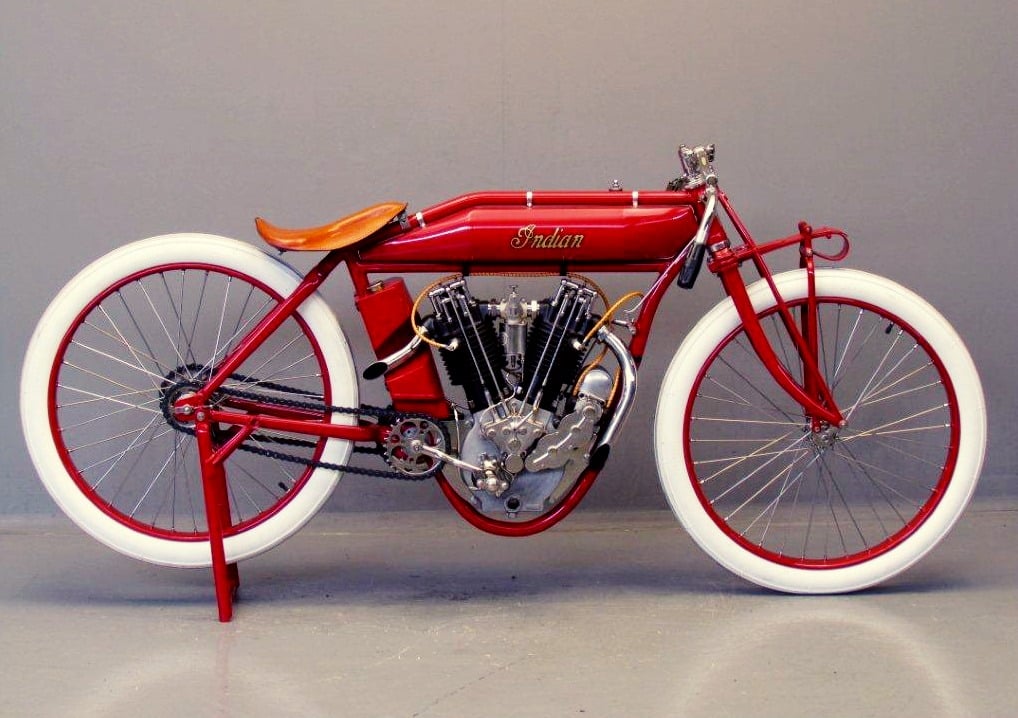 The Indian Boardtrack Racers of the early 20th century are quite easily amongst the most beautiful motorcycles ever built, the bikes are the first real generation of motorcycles, they were largely based on bicycles with no rear suspension and very limited front springs.

The engines were often v-twins (with some exceptions) and they were started by either being pushed or bump started, the rider only had 2 controls, a spark advance and a kill switch. The spark advance controlled the point at which the spark plug fired and was used to accelerate, the boardtrackers had no brakes and so had to roll to a stop, often with the rider putting his feet down to slow the bike. 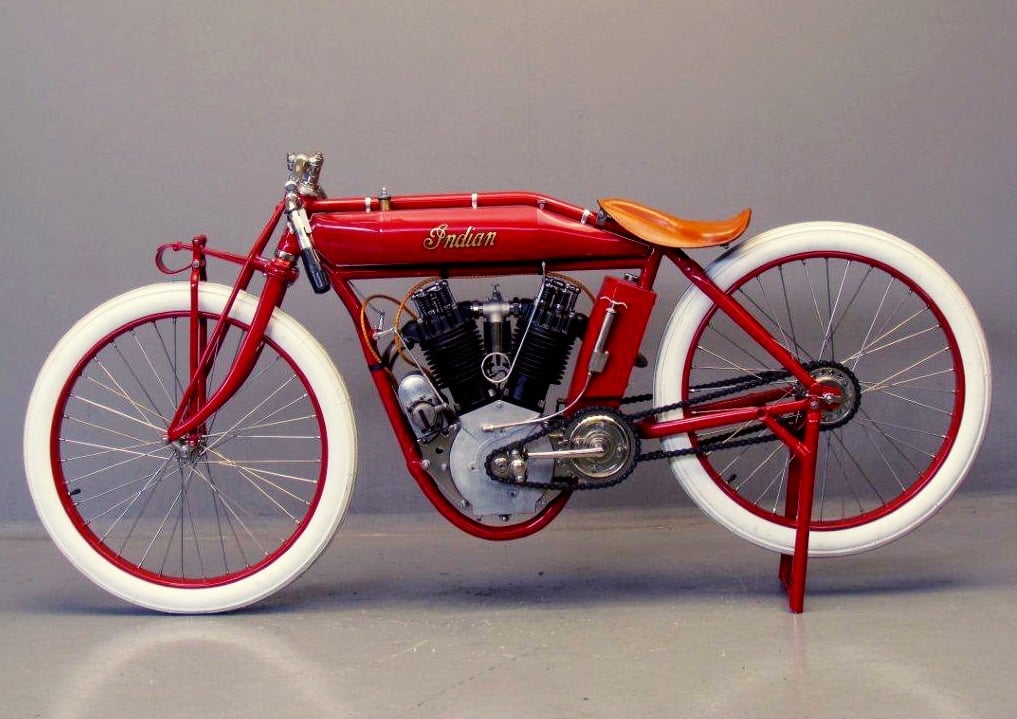 The 1913 Indian Boardtrack Racer pictured here is fitted with 8 valves (4 per cylinder) and a Hedstrom racing carburettor, the tires are 2 and 1/4 inches wide and it has a Mesinger racing saddle. The pedal system can be used to manually bump start the 1000cc, 61 cubic inch v-twin and the short, cut off exhausts famously used to spew still-burning gasoline out onto the right leg of racers if they mistimed the spark advance.

This particular Indian is currently for sale at €44,000.00 (about $54,850 USD) via Yesterdays.nl, once you’ve bought it you’ll just need to find an understanding velodrome owner who’ll let you hit the boards after hours. 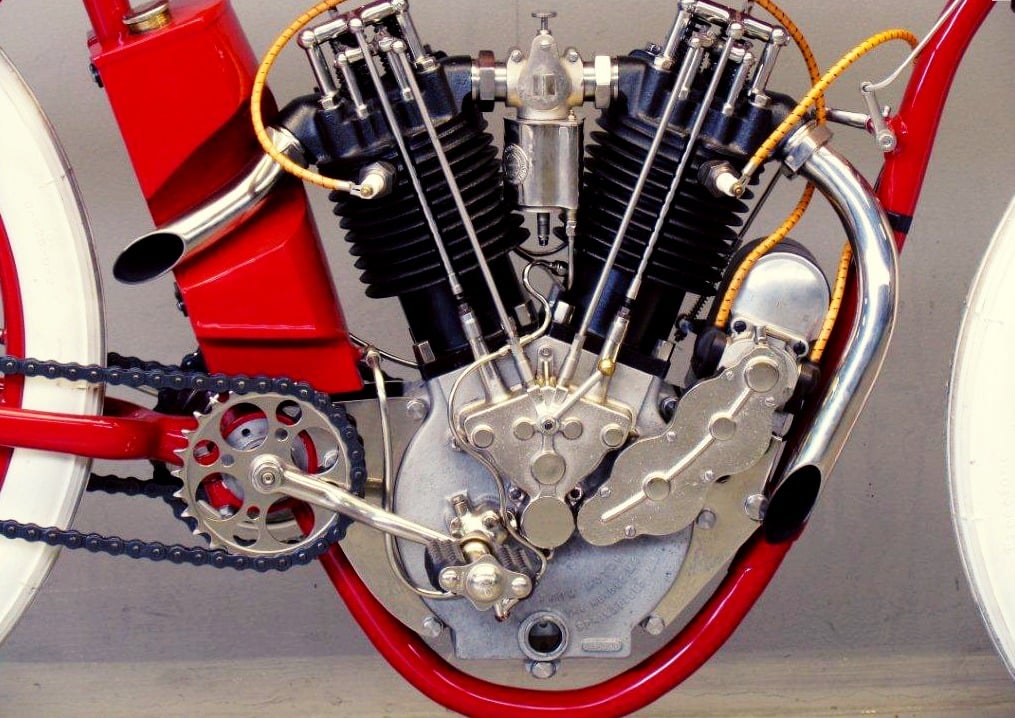 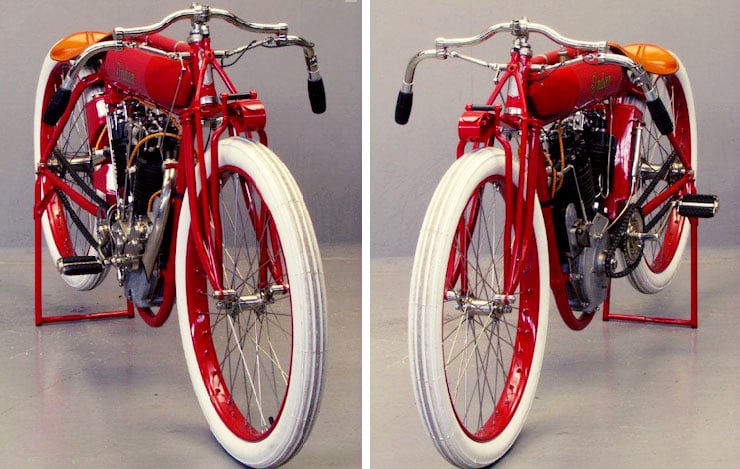